Designing a modern, reasonably priced, three-row SUV-ish family vehicle isn’t an easy task. The field itself is very competitive, with the Toyota Highlander and Honda Pilot setting an unwritten and evolving standard. Any serious new contender coming to the market must at least meet the competitive criteria of space, power, comfort, features, economy, and safety. And because the buying public are the way they are, sometimes even a superior product may end up being sales dud.

The Telluride is a new large, but not large-large SUV from Kia. It slots above the seven-passenger Sorento, with more cargo space and seating for up to eight people. There are four different versions of the Telluride but all are powered by a 291hp V6 engine and are otherwise mechanically the same, with differences only in trims and options. Like others in its class, that power is sent to the front wheels or optionally to all four wheels via an eight-speed automatic transmission. 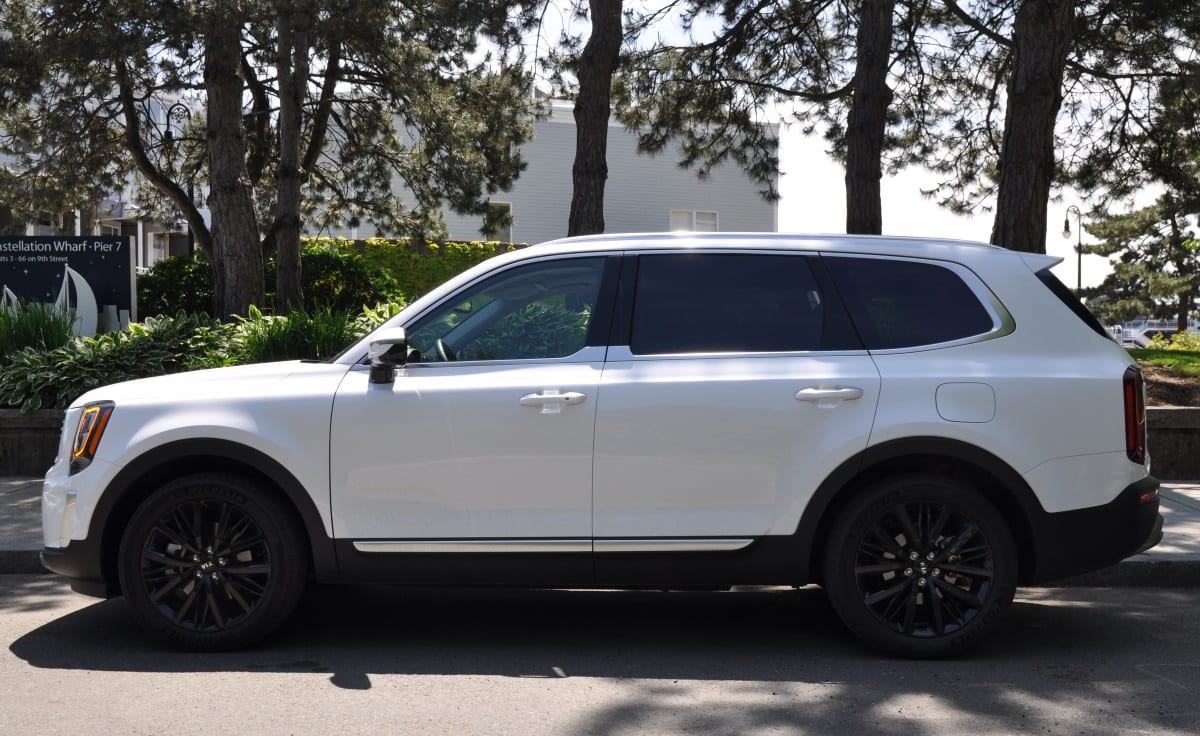 Mechanically the Telluride is average at best. There are no hybrid options, no turbochargers, no fancy suspension, no torque-vectoring, and no other stuff that absolutely no one would need in a vehicle such as this. The engine is smooth but the throttle response is rather conservative, requiring a hard press of the pedal to move in a hurry. The fuel economy is about average for this class vehicle at 20/26 MPH city/highway for the front-wheel-drivers and 19/24 for the all-wheelers.

What the Telluride does have going for it is looks. It looks great, unique, and not generic while being inoffensive. It’s just a nice looking vehicle. Driving around in it for a few days I received many thumb-ups and questions – the questions were mostly related to the interior space.

The design starts of well in the front with unique amber DRLs that bracket a modest grill with a small badge. Whereas others have a bubblier look to them, the Telluride is squarer, tougher, more muscular looking some would say. The square-ness continues to the sides, with tasteful metallic bits. The white/black color combination of the pictured model was quite striking in real life. The butt is ended with what looks like waterfall-shaped taillights but they reminded me more of a loudly crying emoji. I think if they mimicked the shape of the front DRLs in the back the outcome would have been much better. 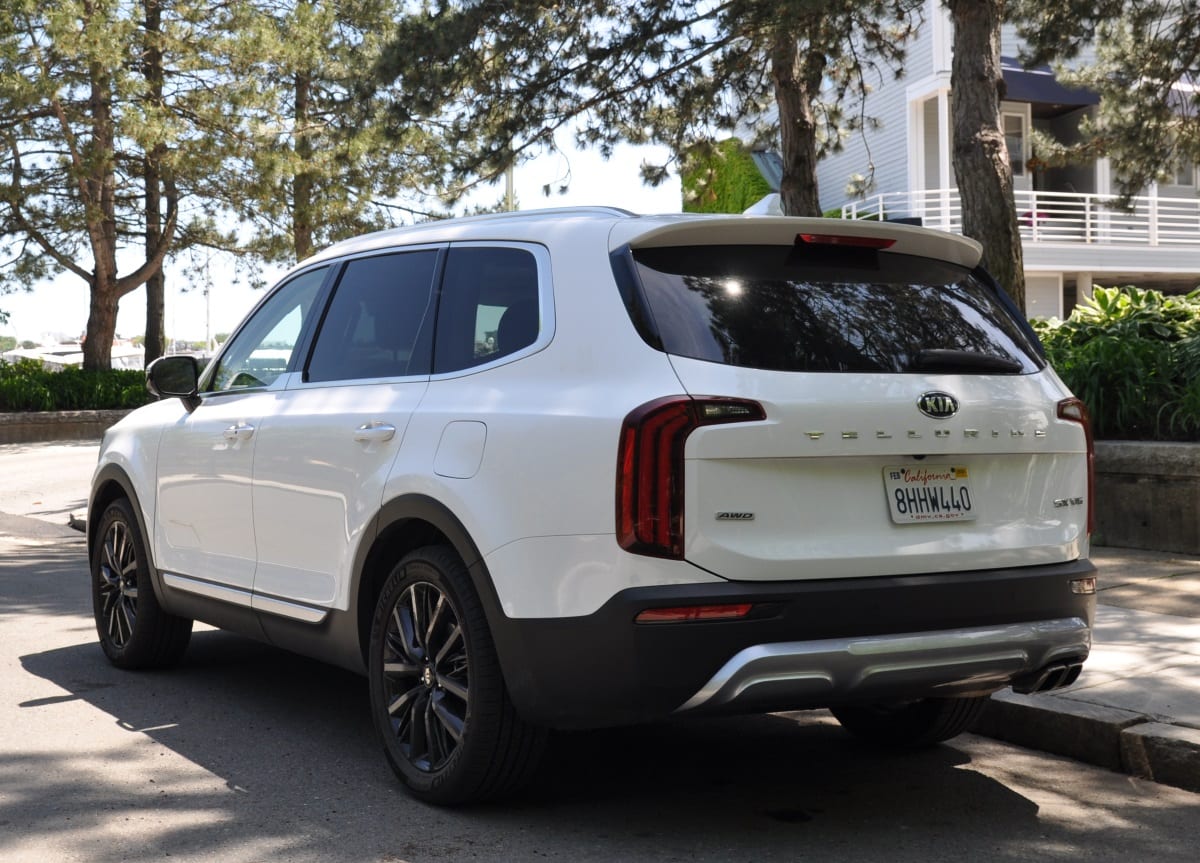 The really fancy stuff is inside. The interior of the pictured top-line SX model was really nice. Not only nice in the form of materials used but also in the layout and ergonomics. The dash touch-screen is wide and easy to use even by complete newbs. There are knobs for basic audio and climate ontrols. The heated and ventilated seat (front and rear on this model) buttons have their location in an interesting handhold. The seats themselves are very comfortable and have an extendable bottom cushions, like some German grand touring vehicles.

This model had two separate chairs in the second row. Those slide forward and back to adjust for legroom in front and behind. There a push-button which tilts and slides each seat forward for access to the third row, even if most kids will just walk in between the seats. There are USBs in the side of the front seats for rear passengers to use – clever. The backrests fold down to create an even loading floor. There is a good amount of space all around – those with rear-facing child seats shouldn’t worry. 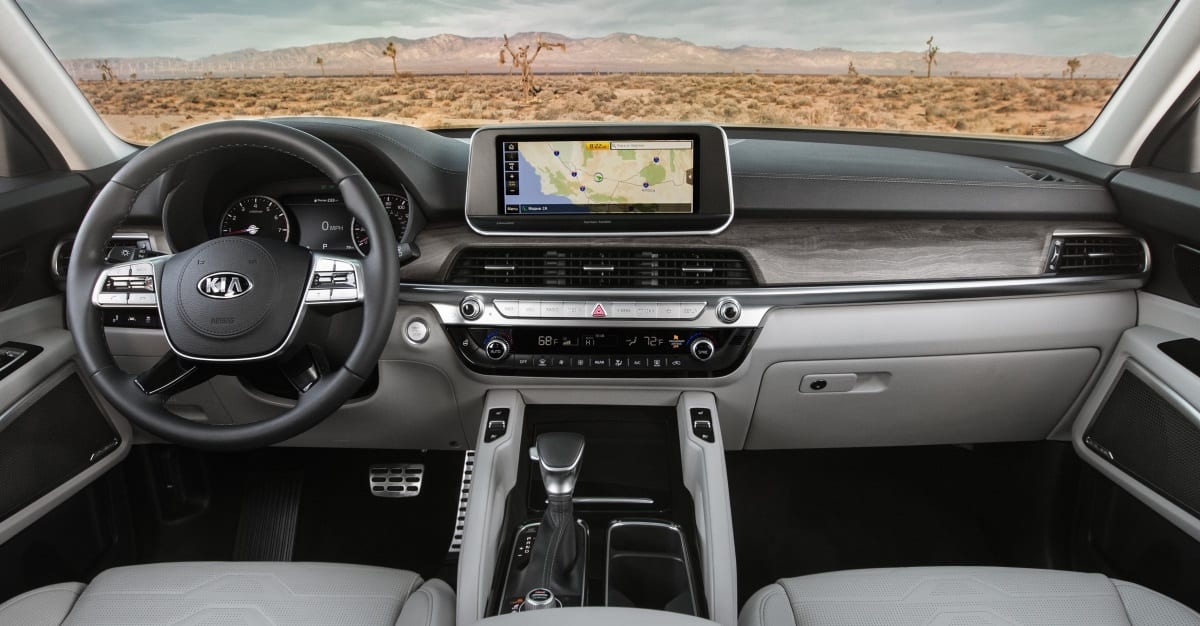 The third row seat can accommodate up to three people. While it’s not a penalty box like some vehicles, preferably those people would not be voting age. It’s important to note that there is a really good amount of space behind the third row, which is uncommon. And there is a good size storage bin under the rear-most part of the cargo floor.

The 2020 Kia Telluride starts at $32,690. This fully loaded SX AWD model came out to $47,140 with destination charges. It had dual sunroofs, LED headlights, seating for seven, cameras all around, power tailgate, sort of an intercom to yell at the kids in the back, and a ton of USB ports. All Tellurides have a collision avoidance system standard. They all also come with an impressive 10-year, 100,000-mile warranty. 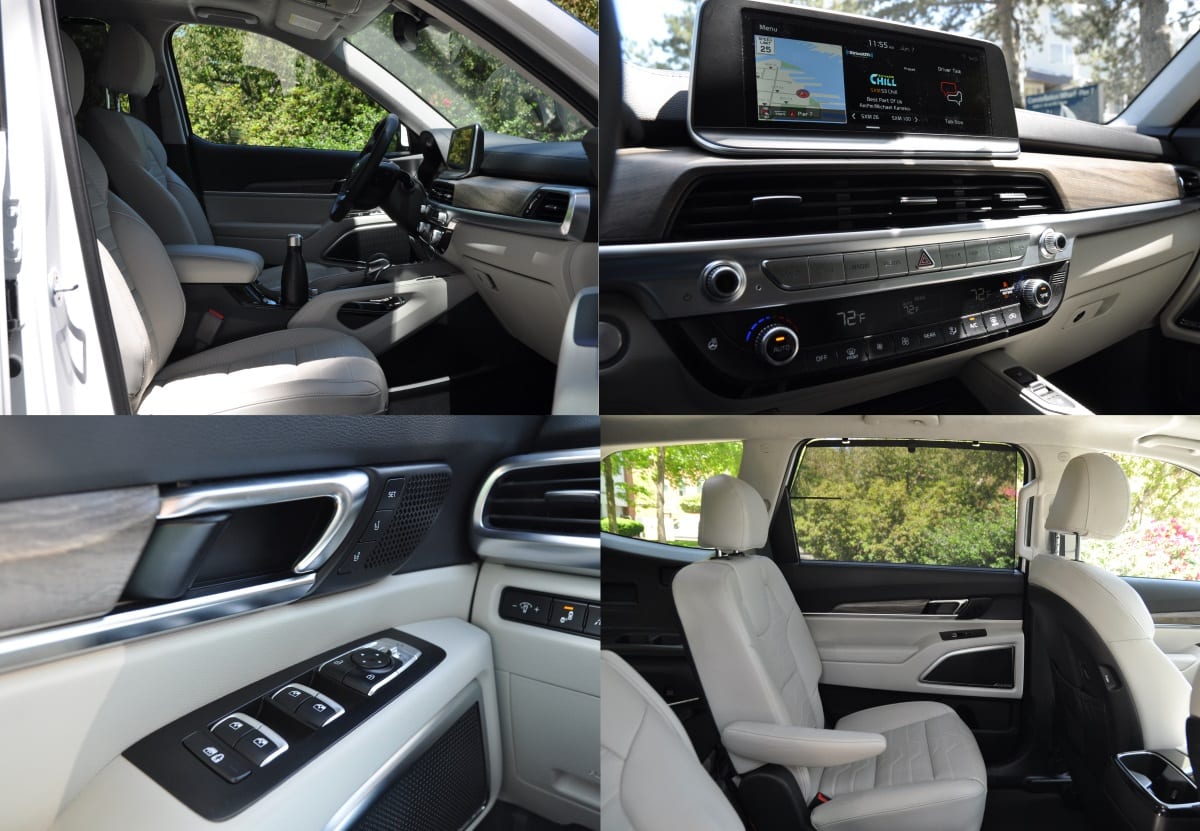 This is a great looking vehicle that also happens to have all the features that this market segment demands. But not only that, it’s easy to live with. For instance, something that’s always overlooked is access to rear seat belts and latch points, which is easy on the Telluride. Visibility is good, too, but the third row headrests can get in the way. But there is one bigger problem…

Two women, both mothers of two kids, who chatted with me about the Telluride, were impressed with it. They loved the looks, the interior space, and the overall finish. Loved it. But both had the same issue with it – the fact that this was… a Kia. To people who don’t know, the brand clearly screams cheap, no matter how good and opulent the new models get. And the Telluride is good, really good. And other Kia products have getting better and better with each rendition. The Pilot and the Highlander have an extremely good competitor but evidently with a badge that needs a makeover. 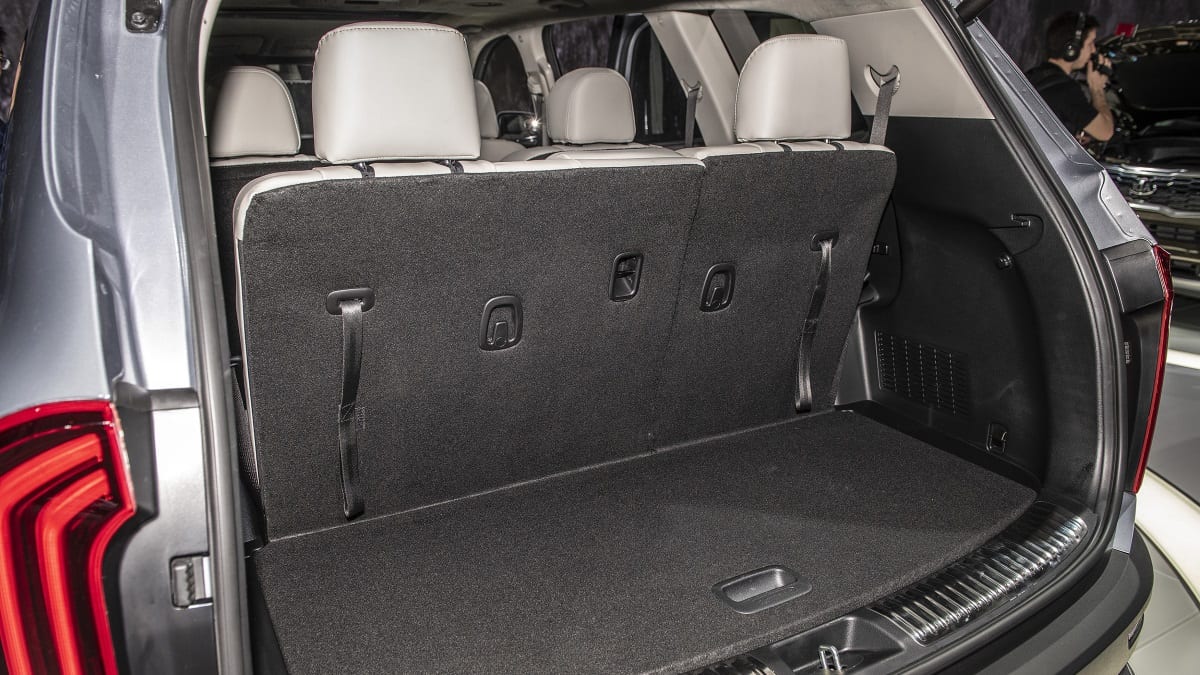 [Disclaimer: Kia provided the Telluride for the purpose of this review.]