One thing that I never liked on my Toyota 4Runner are the headlights. The 2010 – 2013 SR5 and Limited models came with headlights that had silver bezels. I started looking around for used OEM headlights from a Trail model, which had black bezels instead of chrome. I didn’t want to go aftermarket because of poor prior experiences with aftermarket housings. Also, I was too cheap to buy new OEM parts. Taking apart my existing lights and removing the silver bezels, while a popular mod, seemed too much of a pain.

One day, I found a set of Trail headlights for sale from a forum member in the midst of a facelift on his 4Runner. I got them. Everything was cool and the price was low. At the same time I started thinking of a highlight upgrade for better night vision. The stock halogens were simply not very good. Xenon retrofit was too much time and/or money for me. I looked into LEDs but got the obvious answer – LEDs simply do not work well in housings designed for halogen bulbs. The light scatters and often blinds the drivers in on-coming vehicles.

I chatted with a friend and he sent me a link to a set of LEDs on Amazon. The interesting thing about the H11 bulb replacement LEDs is the fact that the diode is located exactly where the filament on a conventional halogen bulb would be. It therefore stands to reason that the reflected light would follow the same pattern. While internet opinions of this varied dramatically, I purchased a set of Korean-made Beamtech LED ‘bulbs’ in the name of science and this article.

Before buying, I read the Q&A and the reviews. I figured that a four-and-a-half-star overall rating after 3,400+ reviews isn’t bad. If they suck I’ll just return them. Along with the headlight bulbs I bought Philips marker light LED ‘bulbs’. I purchased those as they are a real pain in the butt to change when the burn out, but since I had the whole headlight out it’s an easy swap. I went with Philips only because I trust that brand name more than some random Amazon brand. 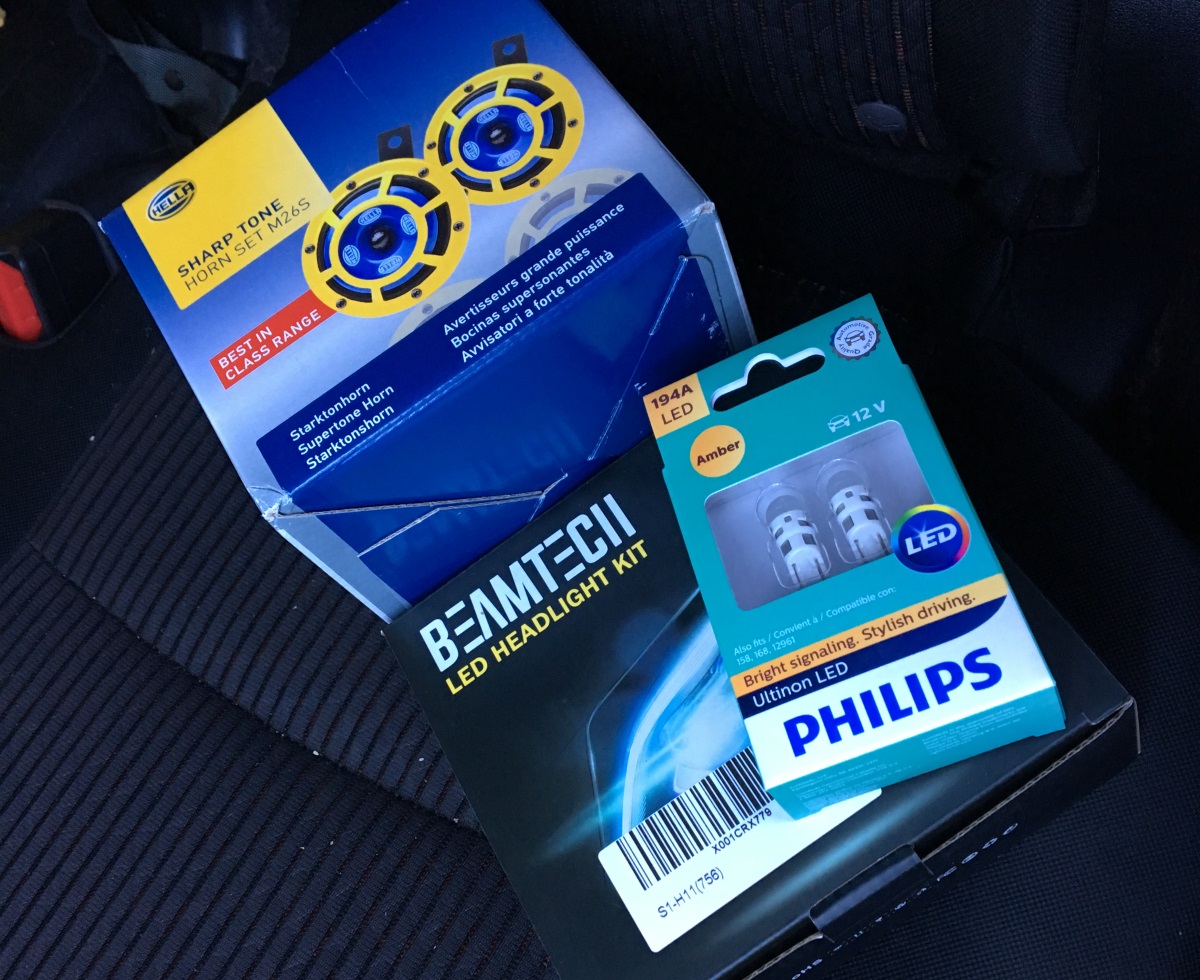 Once the new headlight housings were installed in the 4Runner, the LEDs were a true plug-and-play affair. There was a tail coming out of them, which plugged right into the factory plug. Nothing else to it.

Once everything was in and connected, I made the decision to adjust the headlights. Because the front of my 4Runner is slightly raised from its stock position, I always felt like my headlights were aimed too high. Because I am a considerate person and because I just installed these brighter bulbs, I decided to lower the headlight pattern probably more than I should. We put the 4Runner about ten feet from a garage door and started cranking them down.

And I overdid it. One my fight night drive I could not see very well because the lights were pointed way too low. Eventually, I raised them. The result was an improvement in brightness directly in front, slightly better illuminated distant objects, and a sharp cut-off line. All of that was accomplished without blinding my fellow motorists. To date, four months after the install, not one person has flashed at me for having lights that are too bright. 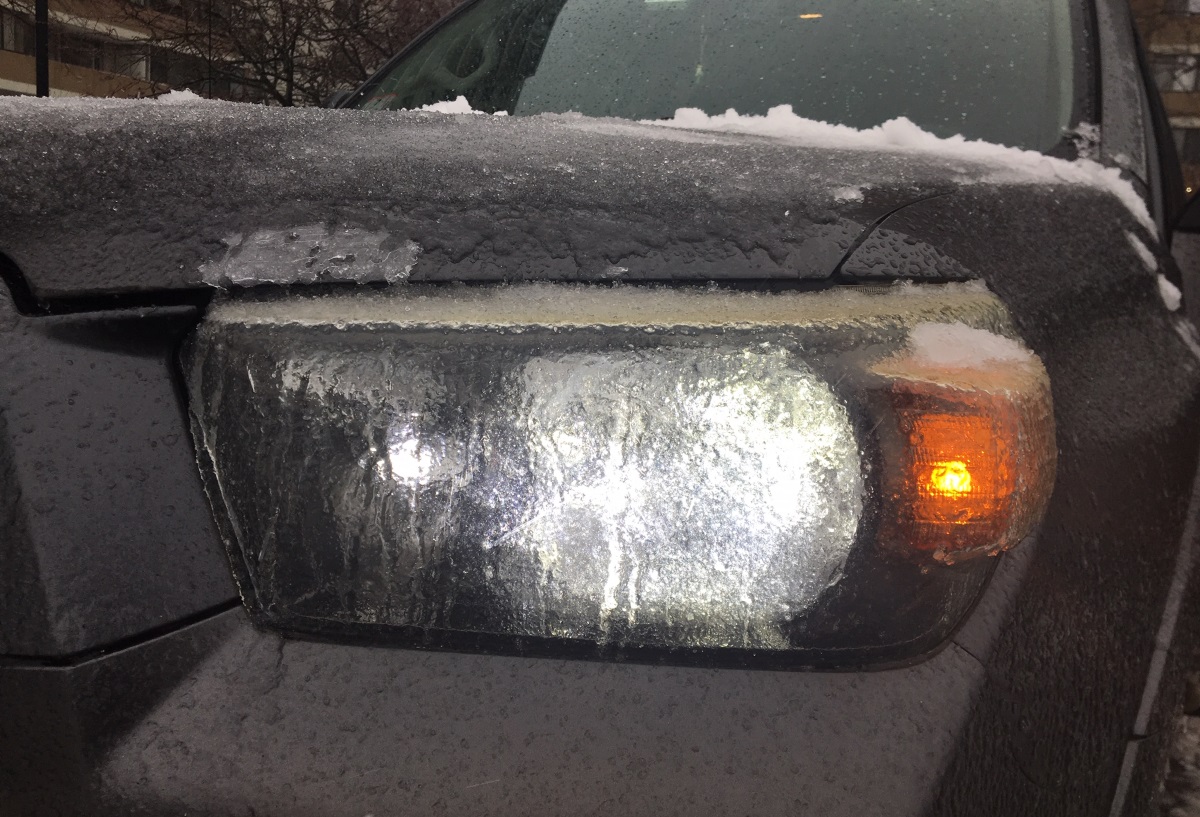 In an ideal world this would be the end of our review. But our world is far from ideal. After a quick drive in a winter storm I noticed that my headlights were covered with ice, which is something I have never experienced before. Then I looked at my halogen fog-lights and those were clear of ice. And that’s when it hit me; the LEDs don’t give off nearly as much heat as the halogens and therefore the headlights were coated with ice. I am sure that automakers have noticed the same problem and somehow solved it.

The below picture shows two vehicles with their headlights on. On the left is my 4Runner with Amazon LEDs and on the right is a brand new Infiniti QX80 with its factory LED lights. The fog-lights are off on both vehicles. The color, or temperature, of these lights was almost identical. But in the picture the 4Runner lights are still adjusted way too low. Even with that, the brightness is immediately noticeable, with the Infiniti being almost blinding from the low angle at which I took the picture. 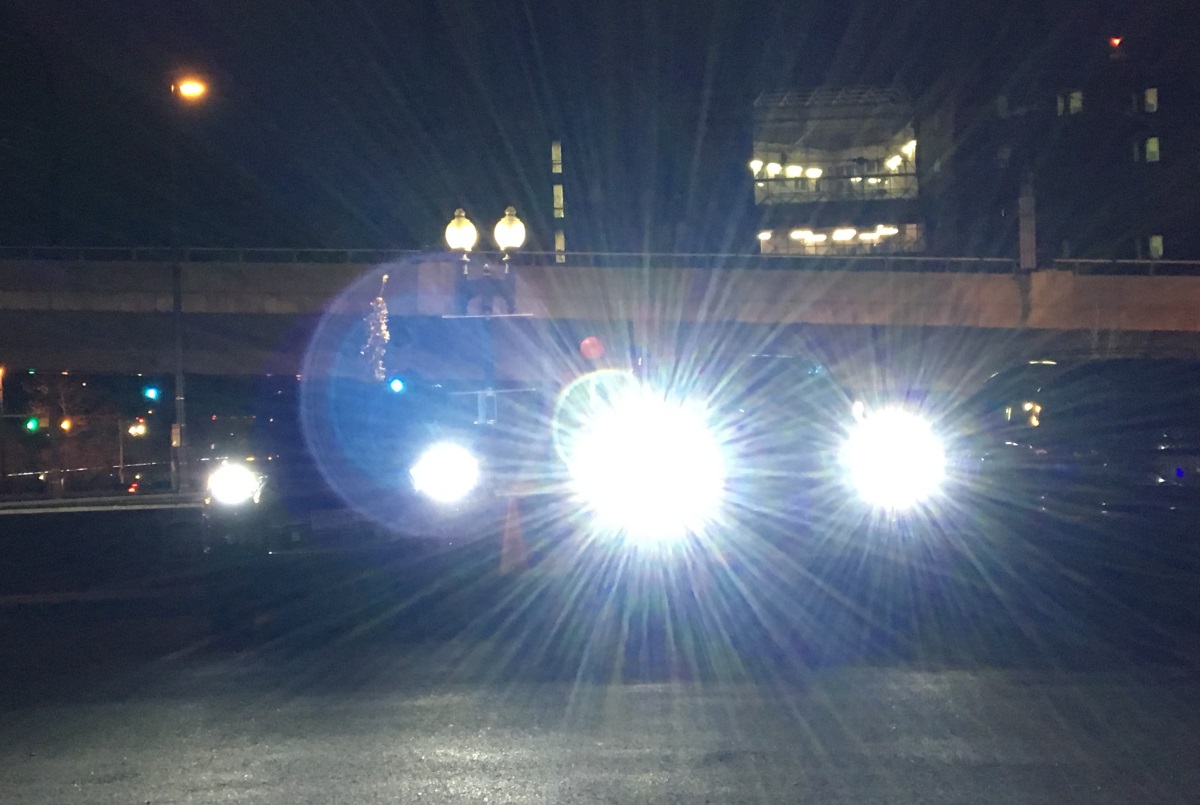 LED halogen bulb replacements purchased off Amazon are pretty good. They are easy to install. Offer good illumination. And now you have no blinding of on-coming traffic. $36.99 was a fair price, too. But there is an issue. If your headlights were designed for a specific type of a bulb, it is best to use that bulb. I took a chance on these and I’m rather satisfied with them despite the storm ice covering.