Things didn’t exactly go as planned last summer. The Grand Sport debacle backfired entirely and I found myself amidst a full-blown conundrum of needing a daily-driver that aligned with my primary hobbies of exploring, hiking, and off-roading. For a change my brain said “buy something normal” and, for the first time, my heart agreed. It was time to make a change that would allow not just for instant gratification but also for long-term enjoyment. And hopefully for long-term sanity as well.

The Vette’s replacement would ideally match the current-generation Grand Cherokee’s on-road cruising abilities with the Wrangler’s off-road prowess. Something road-trip worthy but capable of holding its own on the trails. The answer was a 5th (current) generation Toyota 4Runner.

But first, upright seating position and hobbies in mind, every viable option had to be considered. Jeep’s outgoing JK Wrangler Rubicon was high on the list. But while the JK is maybe 65% as comfortable as the 4Runner in seating position, seat comfort, and ride quality, the 4Runner still does about 85% of what the Wrangler can off-road. The new, drastically more comfortable JL Rubicon was far more appealing but Unlimited Rubicons are astronomically expensive with the $50k mark laughably easy to crest. The 2-door Rubicon was endearing but simply doesn’t offer enough functionality for my intended long-term purpose, and a 2-door JLR with basic options skyrocketed well out of reach at ~$45k. Then there was the Grand Cherokee Trailhawk, but the unibody construction has limitations, FCA quality worries me, and CPO examples were still far more expensive than new 4Runners.

Time for another Toyota

So why another 4Runner? In my mind the Land Cruiser is the pinnacle of where comfort, reliability, durability, and off-road prowess all converge. This makes the 4Runner a “LC lite,” a smaller and less costly version that emulates its brethren’s purposes and motivations. Also helping the case for a 5th gen was that of all the vehicles I have owned the Stromtrooper 4Runner is far and beyond my favorite. That the Toyota 4×4 community has also proven to be an extremely supportive group that’s great to off-road with helps as well. 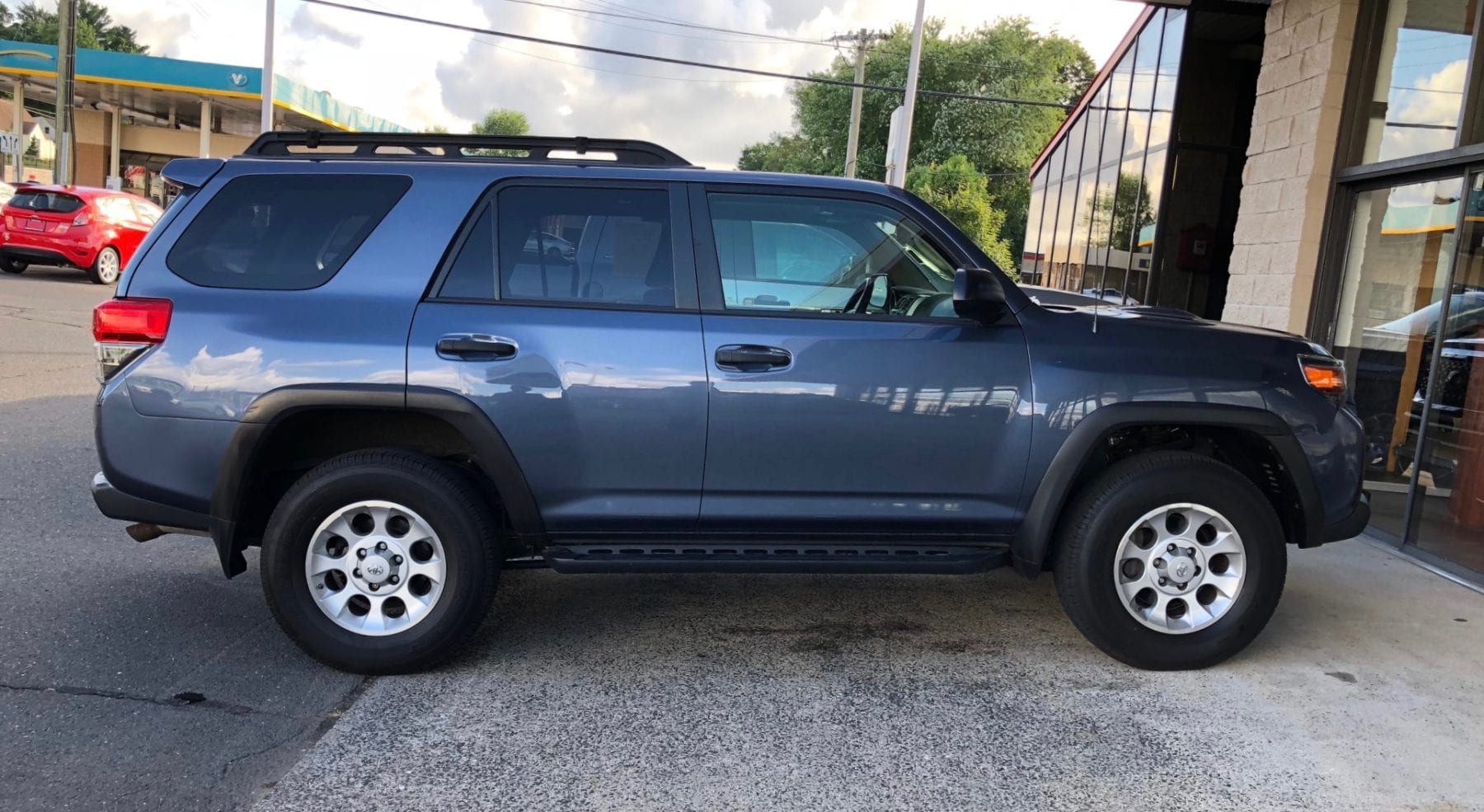 A nearby dealer had a 2012 Shoreline Blue 4Runner Trail, a rare and hard to find combo, so I put a deposit down on it. But then it was sold while the salesman was away, so pressed for time as my spinal situation worsened at the mercy of the Corvette (and while the Stormtrooper was down and out in need of significant repairs) it came to pitting dealers against each other to achieve the best possible price. After a month of hunting a I got word of a dealer in Maine that was selling 4Runners well under MSRP and, conveniently, had nearly exactly what I wanted. The truck had a few unnecessary options like a chrome exhaust tip, but the price too low to pass up. 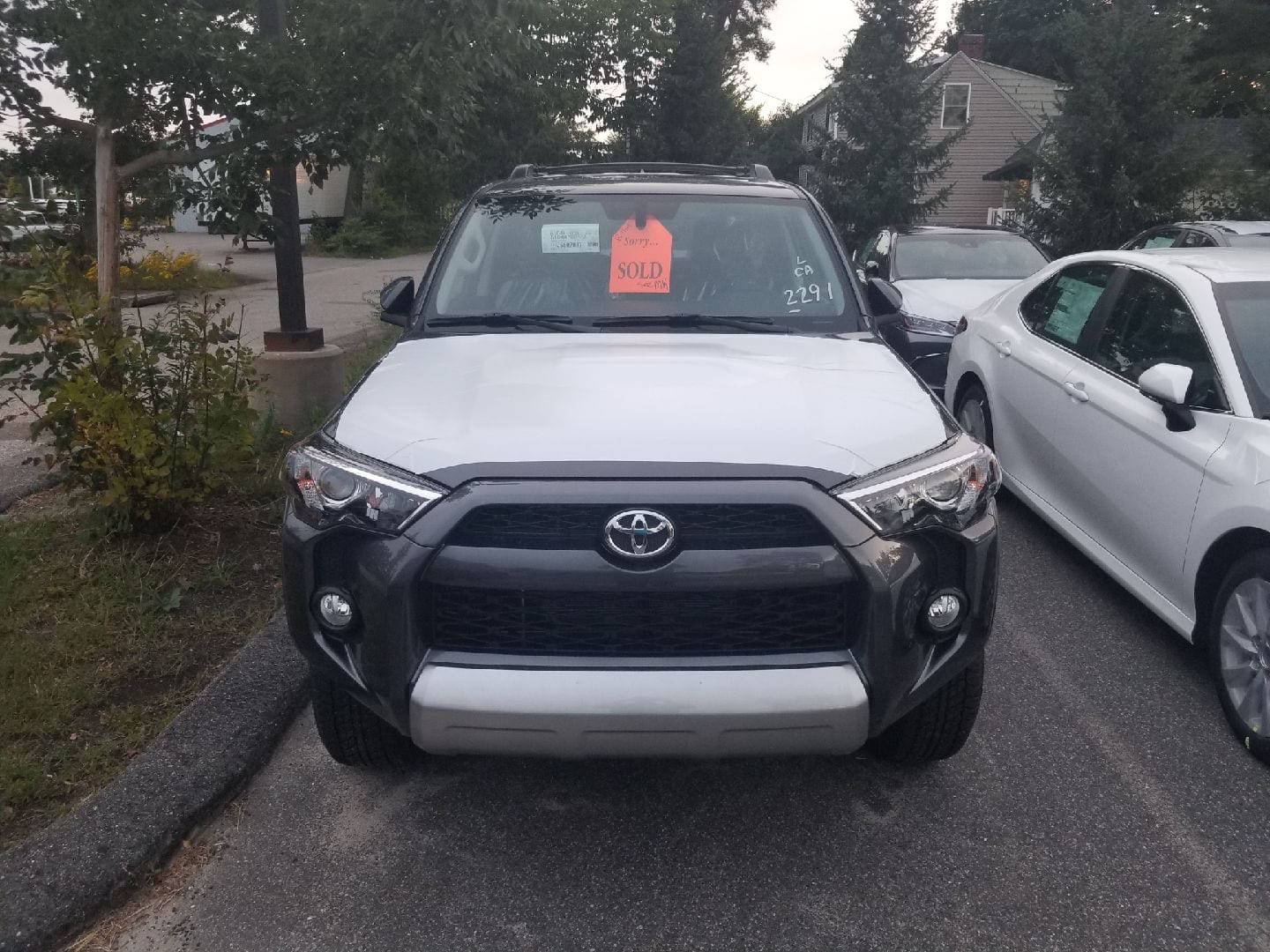 The truck I’m now proud to call mine is a 4Runner TRD Off Road Premium. I opted for a sunroof but skipped Toyota’s dynamic sway-bar system (KDSS) which can cause complications later on. That said, a standard non-KDSS 5th-gen handles remarkably well compared to my 4th gen which, to allow for maximum articulation, has no sway bars.

No go on a Pro

Why not a TRD Pro? Simple: price and value. TRD Pros regularly go for over MSRP and at $7k under sticker my truck’s final figure was about $10k less than that of a Pro. Insiders also know that the only functional benefits of Pro over the OR is suspension and skid plates, so should the want or need arise upgraded suspension and skids can easily be added– at level of higher quality and performance than is standard on the Pro– for less than $4k. And that $6k saved can go towards a lot of adventures. 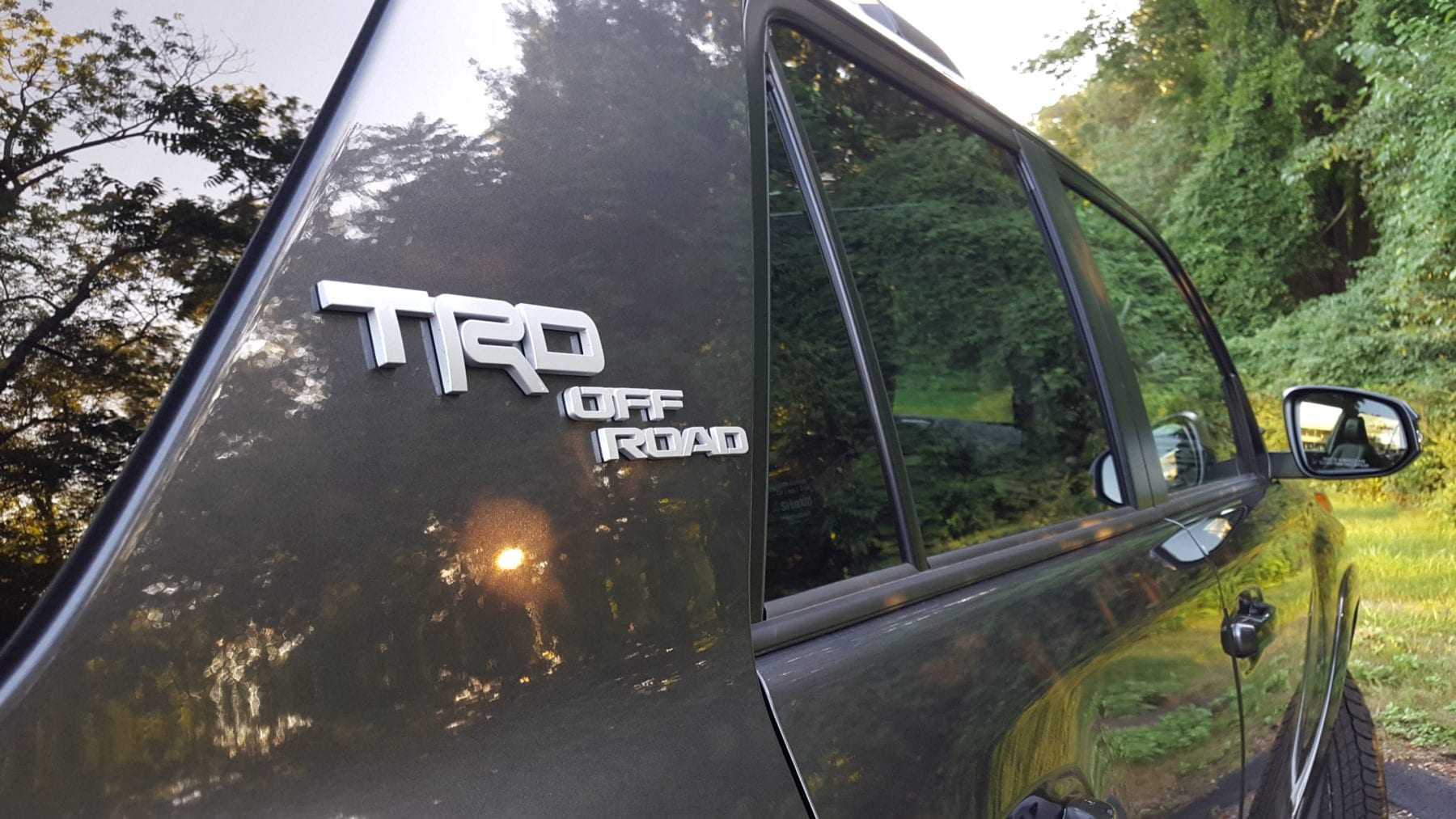 Though I absolutely love this truck the 5th gen 4Runner unquestionably has shortcomings. Most noticeable is the ancient drivetrain. The 4.0L V6 and 5-speed automatic, while incredibly reliable, is lacking power and fuel efficiency versus the competition, especially Jeep’s Pentastar/ZF 8-speed combo. Then there’s the lack of “convenience tech” (read: not massive screens or driving aids) that are standard on many other vehicles. Niceties like keyless entry, keyless start, and automatic headlights really should be included for the price of the 4Runner. Nitpicking here since the truck’s core usability, comfort, space, and 4WD are what sold me on it, but worth mentioning in the sake of full transparency. 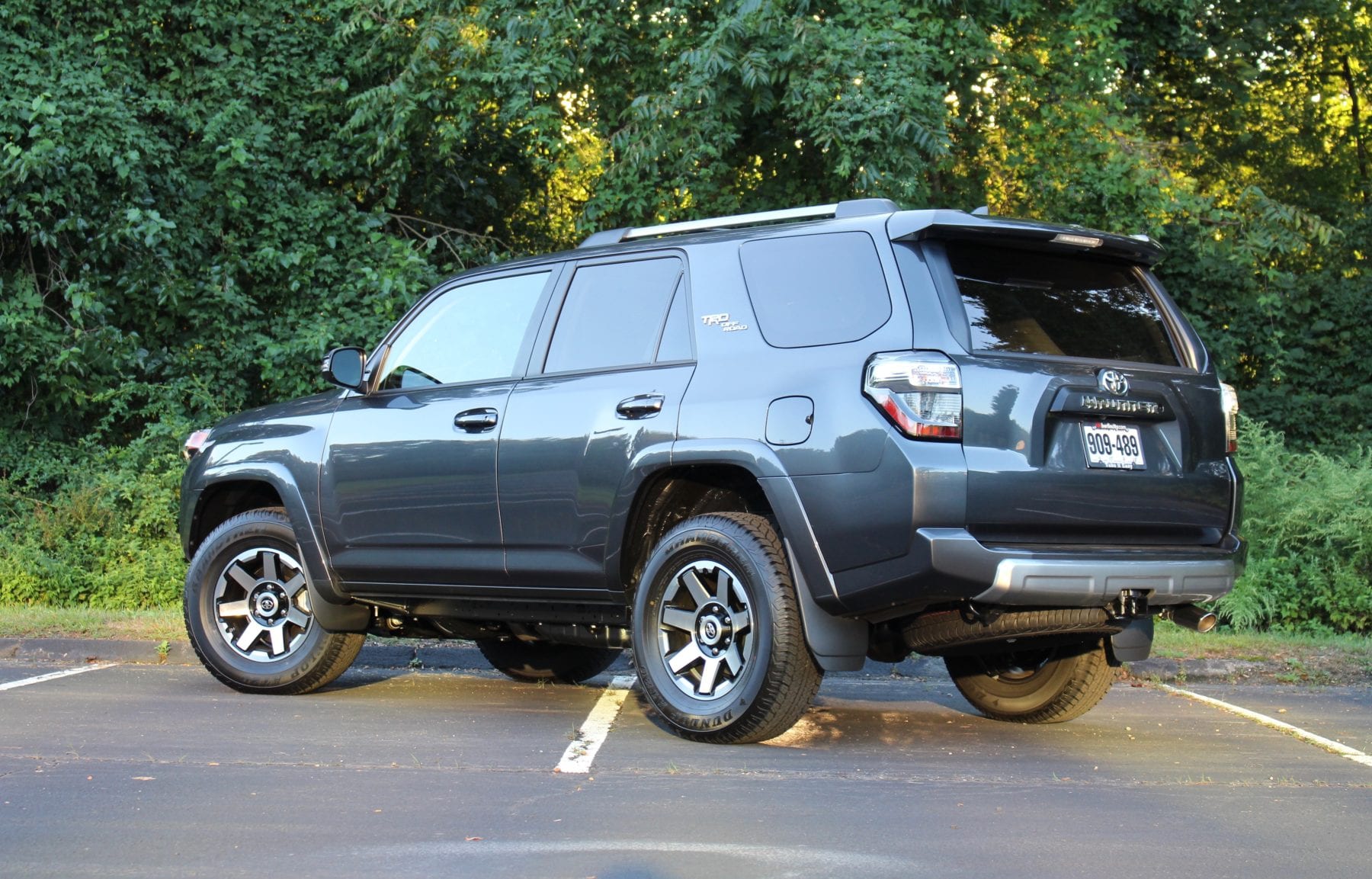 There’s not a lot I need to do to the 4Runner to be happy with it for years to come. For protective purposes I added a rear cargo mat but otherwise modifications are going to be keep to a minimum until and unless the Stormtrooper 4Runner gets sold. Simple is better when it comes to limiting headaches. But just knowing the possibilities has me excited for long-term ownership. 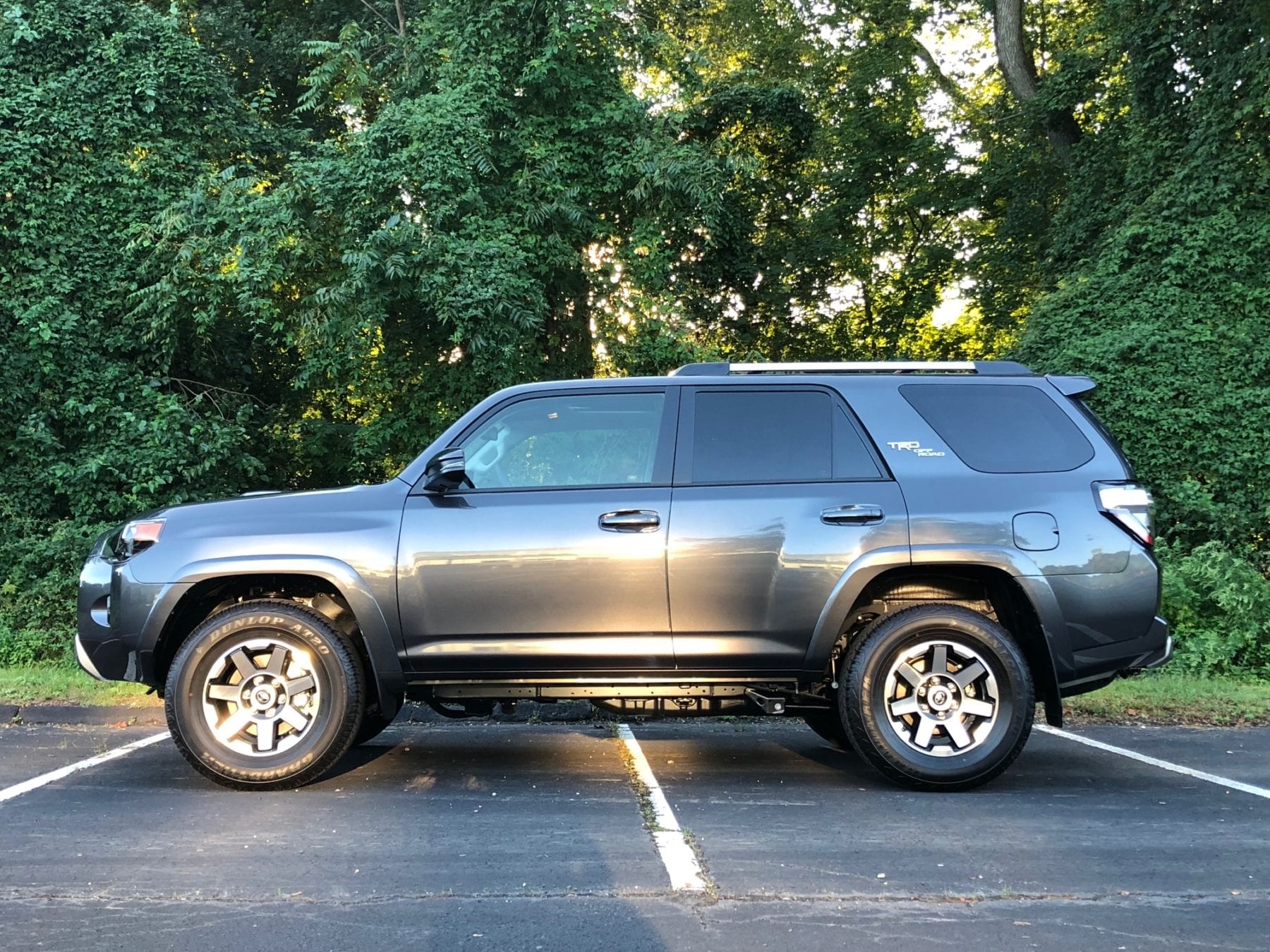 Nothing about my opinion towards my new 4Runner has changed in the ~12,000 miles I’ve put on since driving it home last September. This new 4Runner just works for me. I was immediately comfortable not just driving but living with it. Just as good at the daily commute as it is on road trips, hiking runs, or trudging through inclimate weather, it doesn’t make me think about it any more than “get in and turn the key.” It has the amount of tech I prefer, still very analog to operate but with just enough amenities to feel modern yet not so much that it feels like a computer. All of this means it’s a vehicle I could confidently plan to keep for 10 or even 20 years without fear of any catastrophic failure that isn’t of my own doing. I can drive this 4Runner every day or drive cross-country without second thought. It asks nothing of me other than gas and oil, and the ease of owning it in turn makes my life easier. 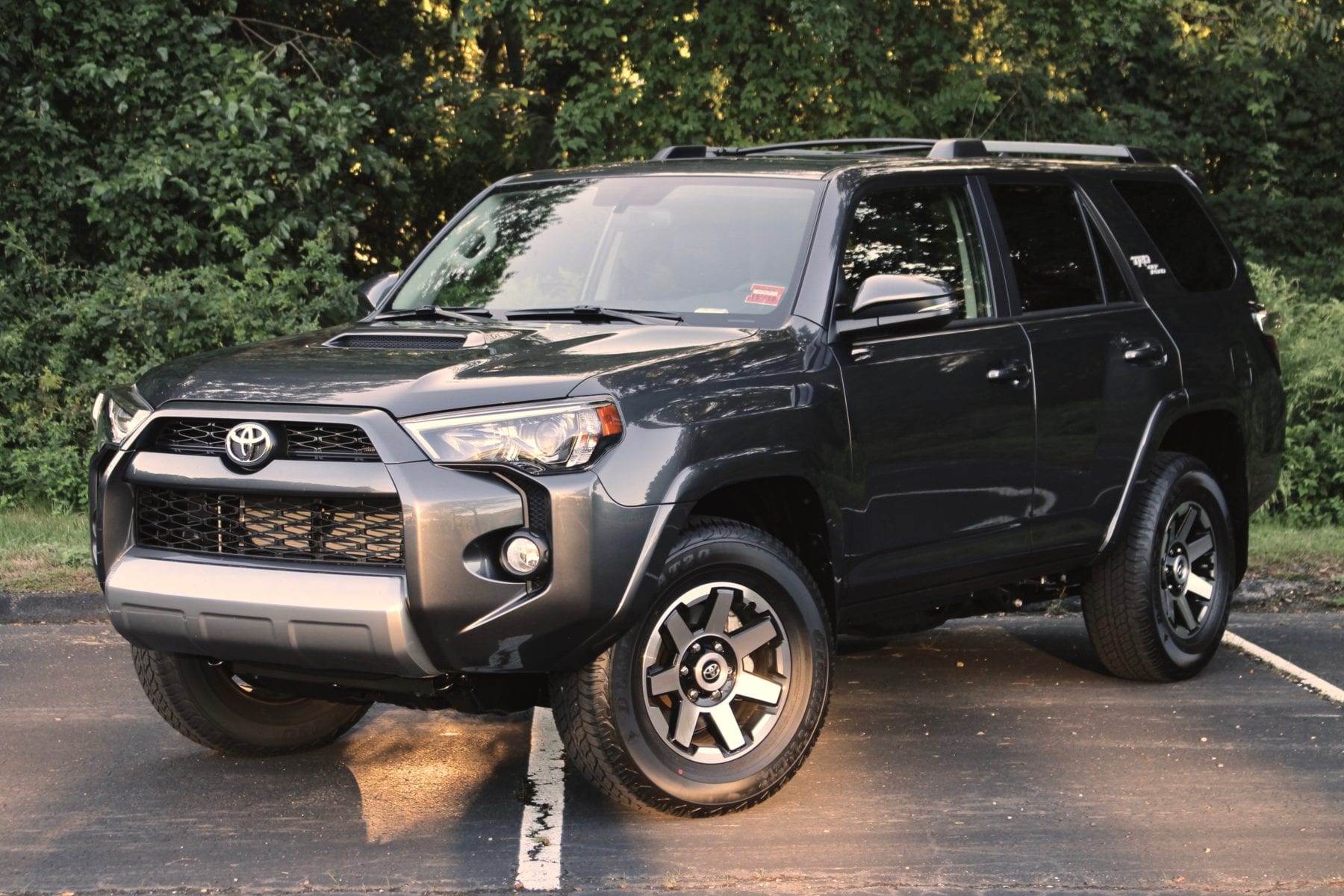 For years my dream has been of a vehicle that I can own long-term, build up as needed, and use as as an operating hub on some of my bucket list adventures. I’ve learned to not try to predict my own automotive future but I think this 4Runner is it. It symbolizes a maturity in my automotive hobby and a turning point in my life. This 4Runner will take me and those close to me to new places and will be the backbone to innumerable adventures to come. Which, when it comes down to it, is what matters to me most when it comes to a vehicle’s purpose in my life. 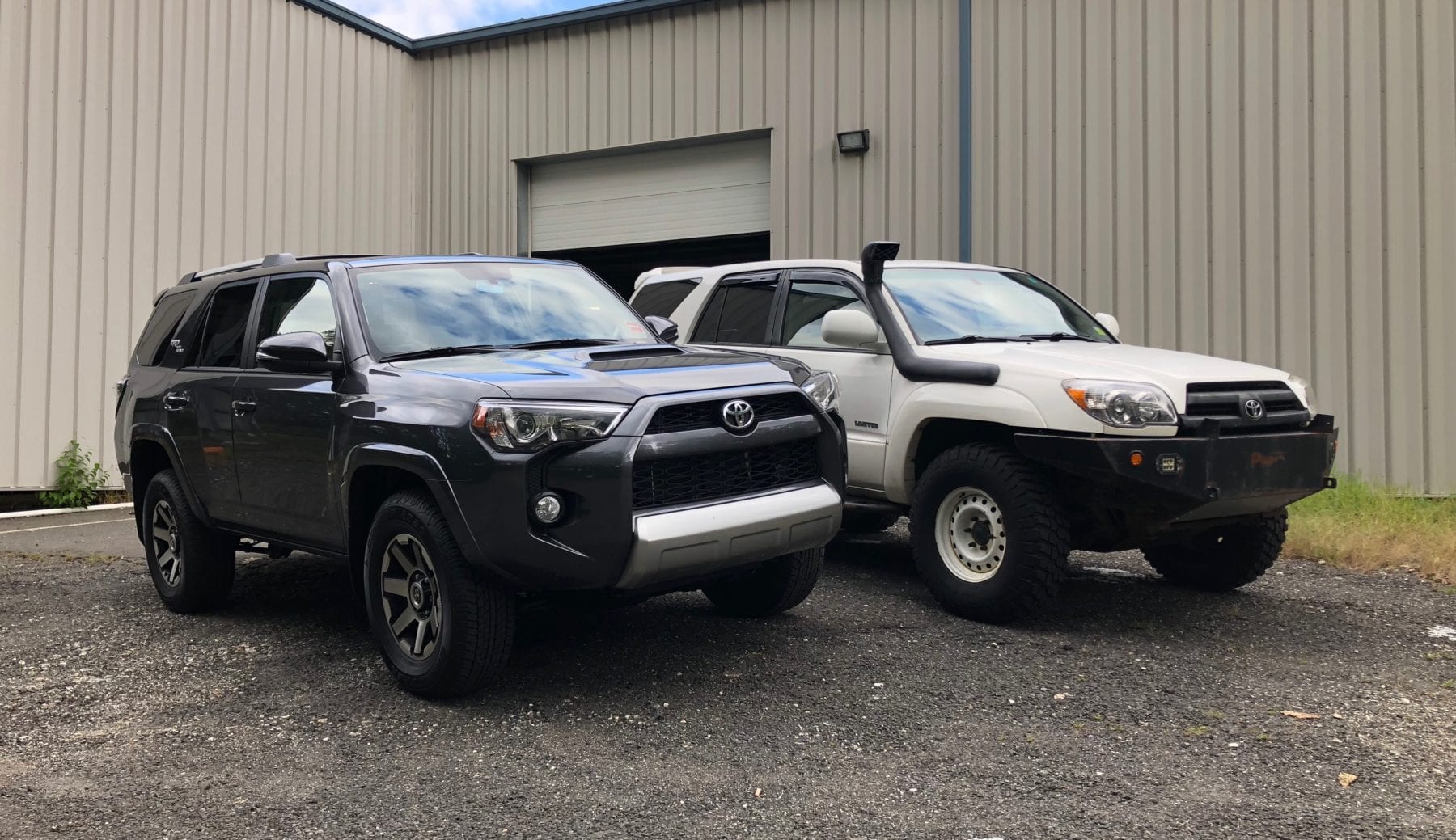