The first Miata I drove was a modified, ex-race-car NA-generation model. My seat time was limited to a few laps on Lime Rock Park’s infield autocross course. But something in my brain clicked. The Miata was unlike anything I had ever driven. It was so light, so nimble. Tossable in a way I didn’t know was possible. Every input, every movement of my hands and feet translated directly to the car’s corresponding actions. It was comically communicative. My cheeks hurt from smiling. I was hooked. 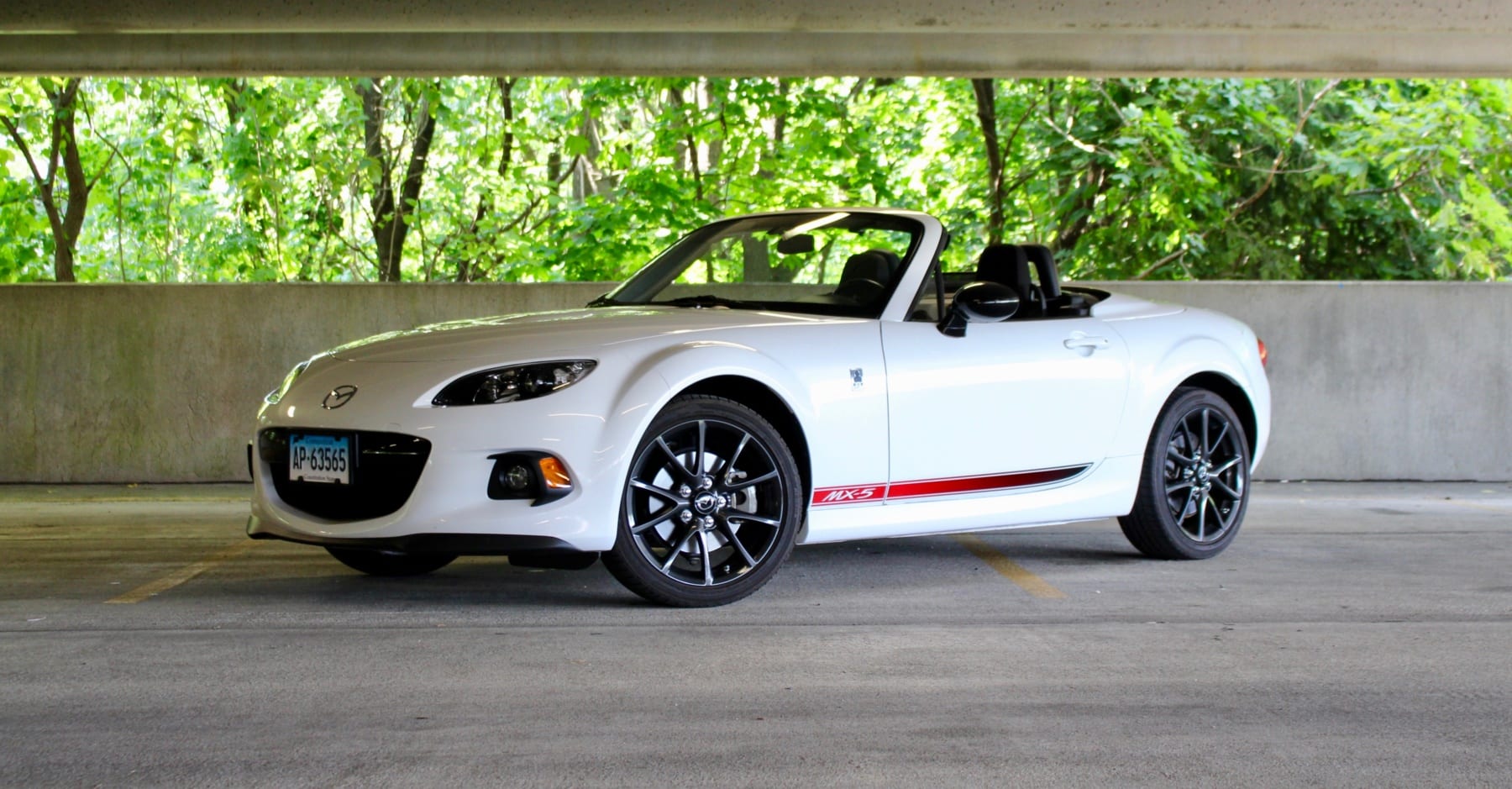 That was years ago, back in 2014. Between then and now I would drive every generation of Mazda’s iconic roadster. My wife’s first MX-5 ride was a test-drive in an ND. I wanted one badly. Still do. But I made a mistake and bought the ill-fated Corvette Grand Sport instead. I still regret the ordeal to this day. Its replacement was a 5th gen 4Runner.

But then life changed. I switched jobs. My daily commute plummeted from fifty miles one-way to two miles one-way. Big payments on the 4Runner didn’t make sense. For years I had been telling anyone who would listen about the brilliance of the Mazda Miata. It was time to find one for myself. 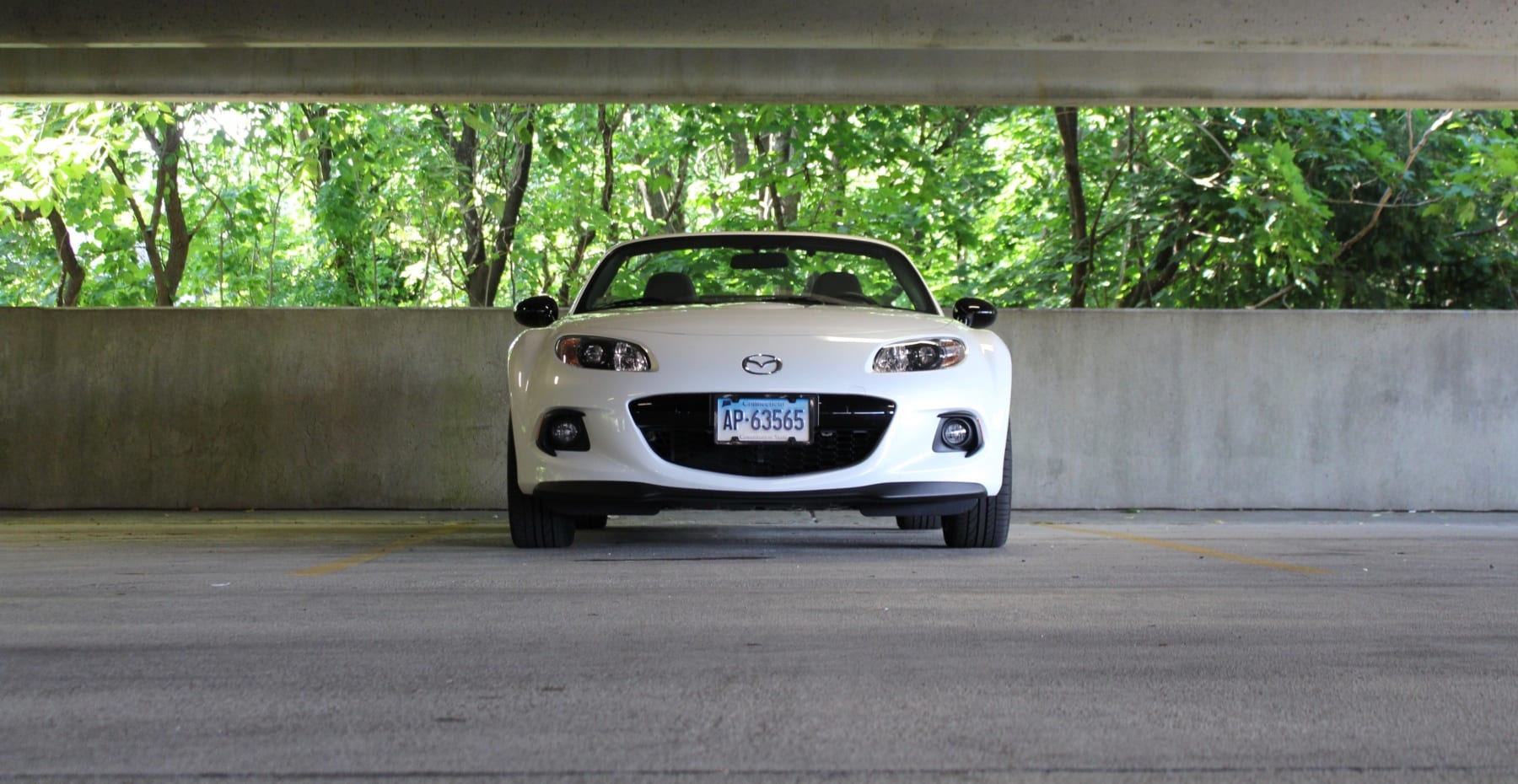 In trying to sell the Stormtrooper 4Runner a prospective buyer arrived to look at the truck in an NC-generation car. He let me drive it. Suddenly my least favorite of the MX-5s was on the radar. 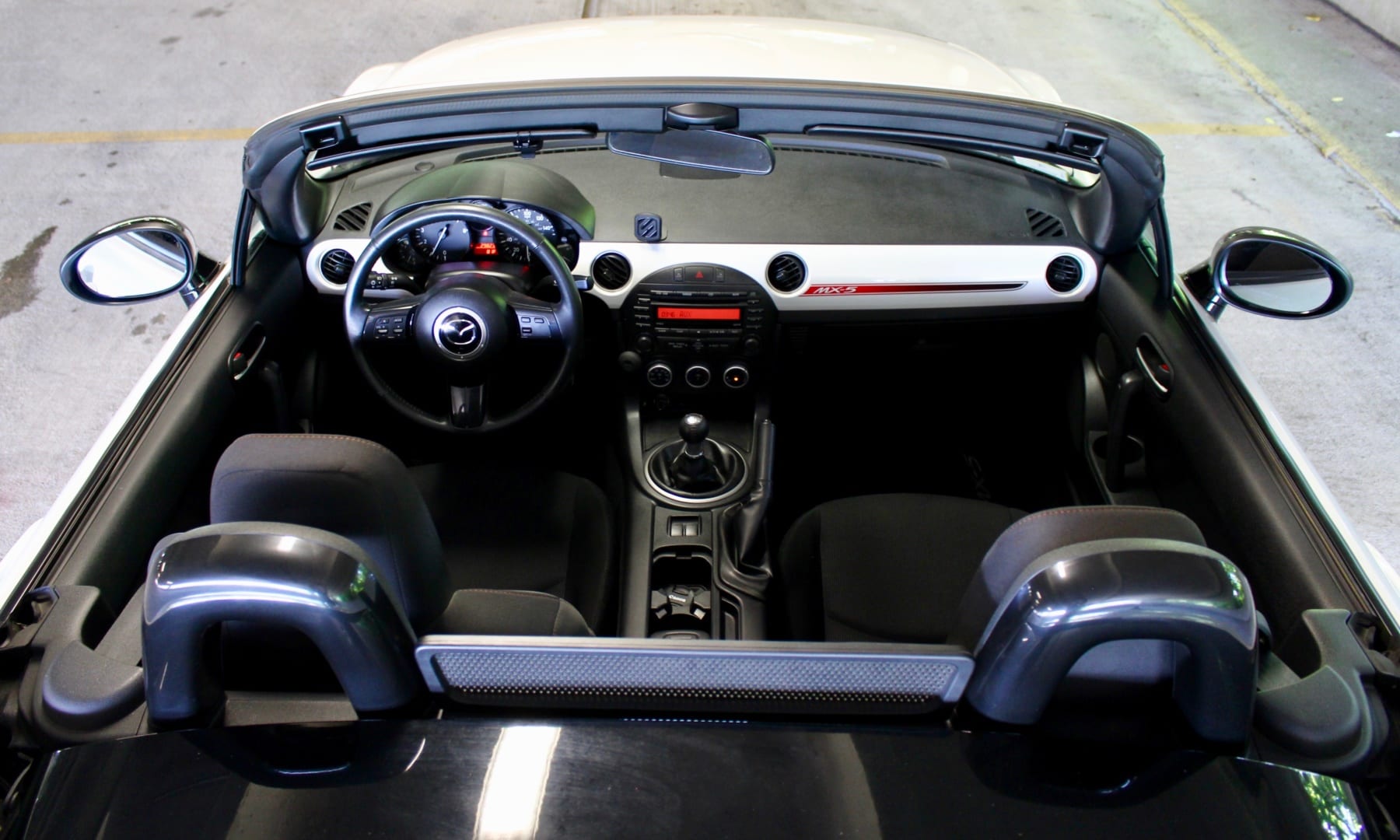 Like many others I had never loved the NC as much as its successor. But the NC Club had my interest since the day it was unveiled. Unlike other NCs it always seemed to carry a special charm. Though among the heaviest MX-5s ever built, it’s pure. Focused on driving and driving alone. And it looks the part. The graphics. The black accents and roof. The stance. The Club trim was as good as the NC got. 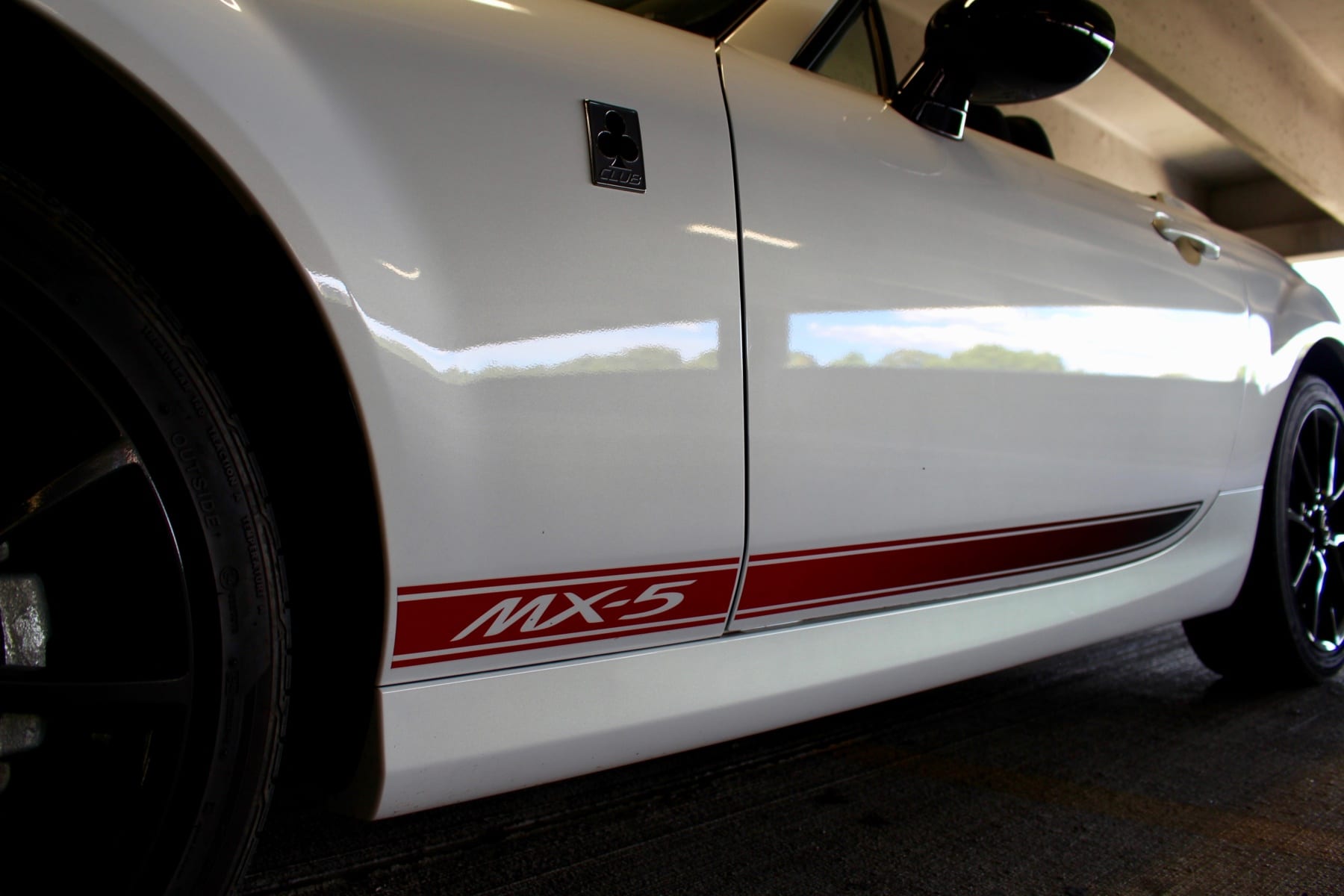 So once I listed the 5th gen 4Runner for sale I started hunting for a Miata. A seller up in Massachusetts messaged me outlining the car he was trying to sell. It was everything I was looking for in a Miata. NC Club, 6-speed manual, power retractable hard-top (PRHT). One-owner. Clean Carfax. Stock except for an aftermarket muffler-back exhaust and shift knob straight out of the ND. Loved and cared for as a car like this should be. There’s no such thing as perfect, but for my budget– and intention of having no auto loan for the first time in six years– this was as close to perfect as it could get.

After a few days of exchanging texts we struck a deal. One of my best friends drove me up to northern Connecticut in his modified Mini to make the purchase happen. The Miata has been an absolute joy ever since.

In my time with the car it’s been a commuter, a road-trip companion, and a perpetual thorn in my side to get out and drive. I fucking love it and I fucking love that about it. 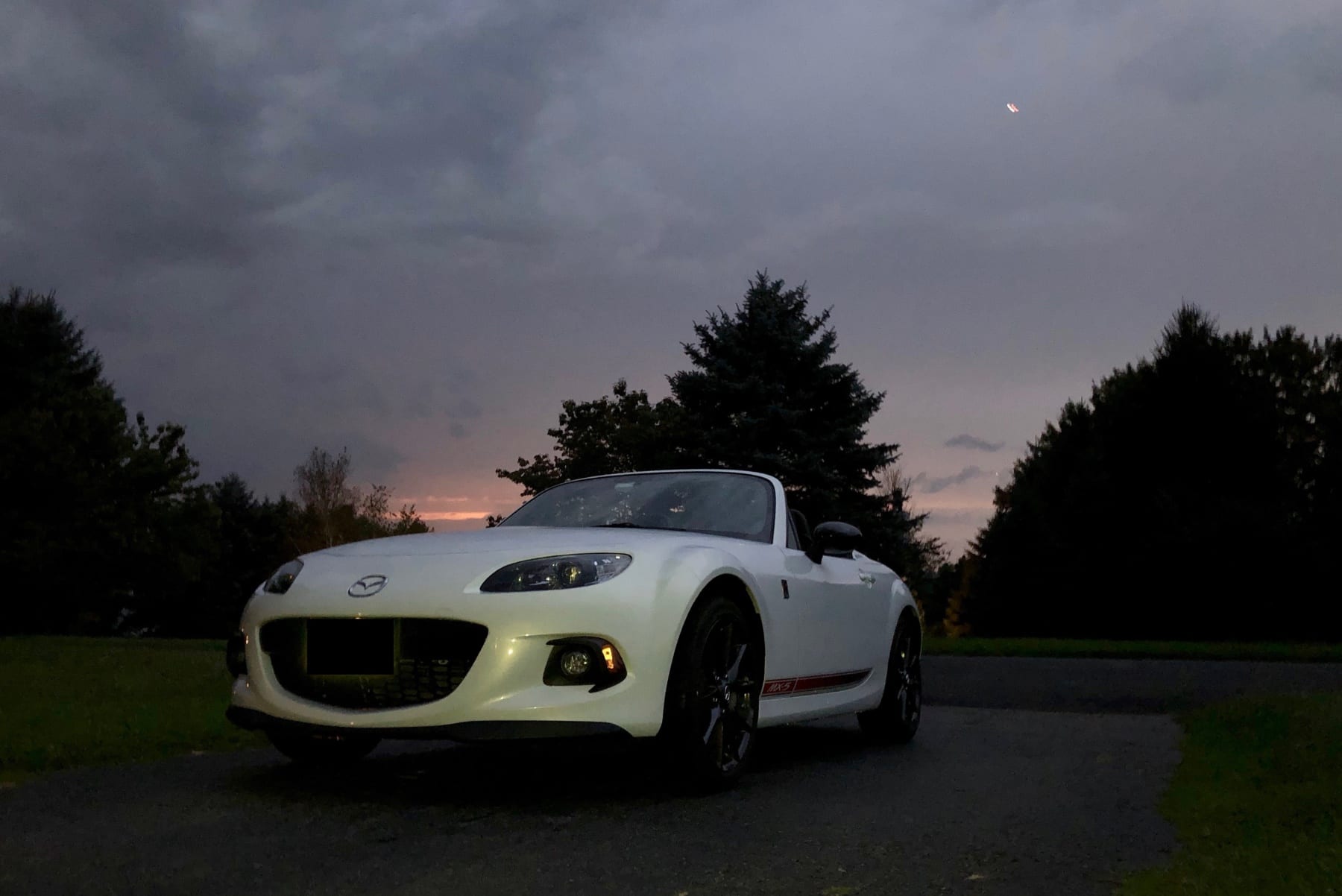 Other cars might be faster than the Miata. Better handling. More spacious. But none carries a higher fun-per-dollar quotient. It’s not a car you brag about, not one many look at with lust. But it’s so light, so great at cornering, so exciting at speeds even below the speed limit…it’s incomparable. 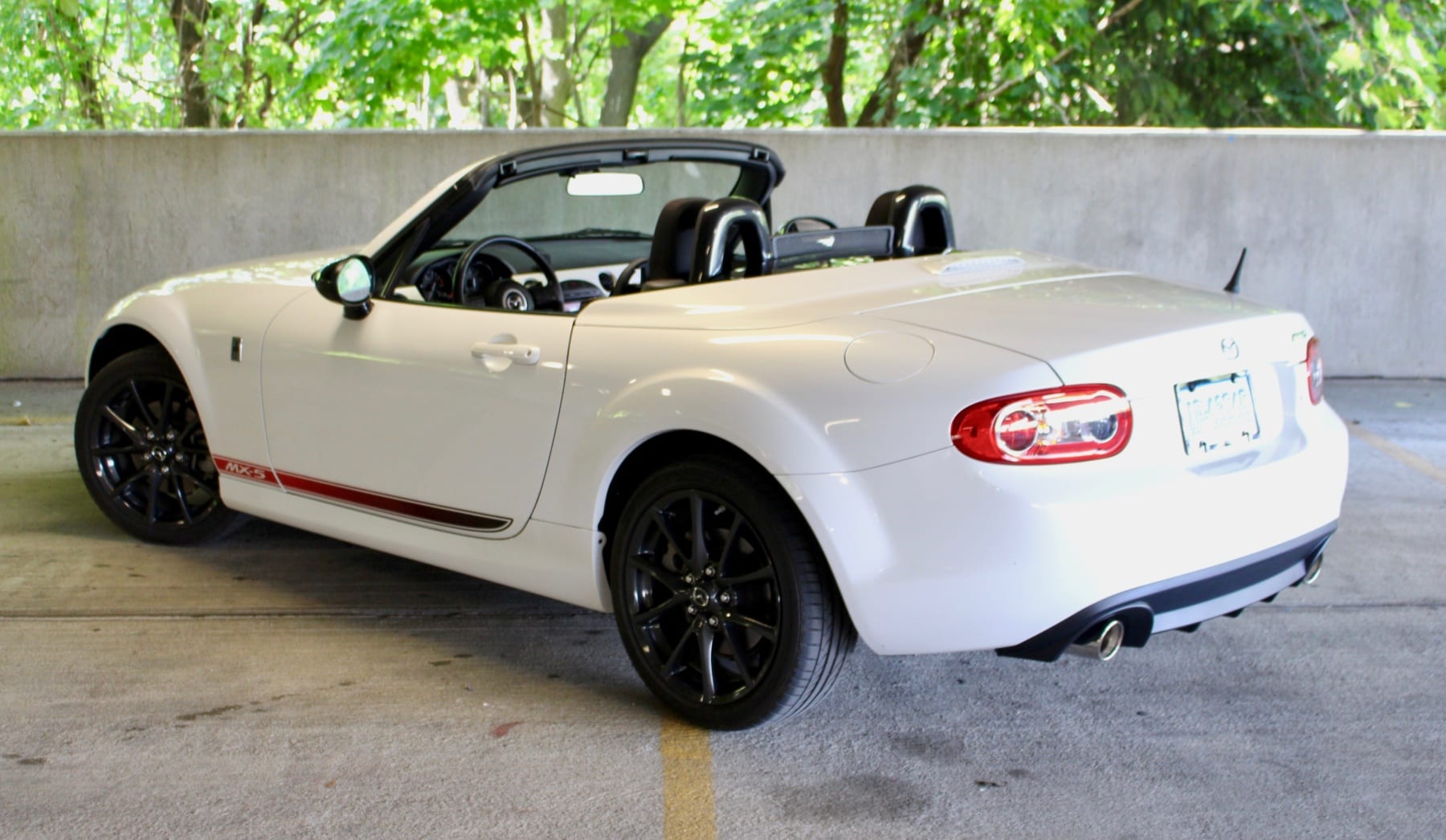 The Miata is not as exclusive or extreme as other cars. But for me, it’s damn-near perfect. Everything about it is inexpensive. It’s affordable to buy and own. It’s easy to drive. It’s easy to live with. It gets good gas mileage. It’s easy to park and to commute in. And it makes good sounds. It handles well enough to incite laughter, even on city streets. It’s light, nimble, enabling, engaging. It’s everything I wanted from a car and the polar opposite of what I’ve had for the last while. 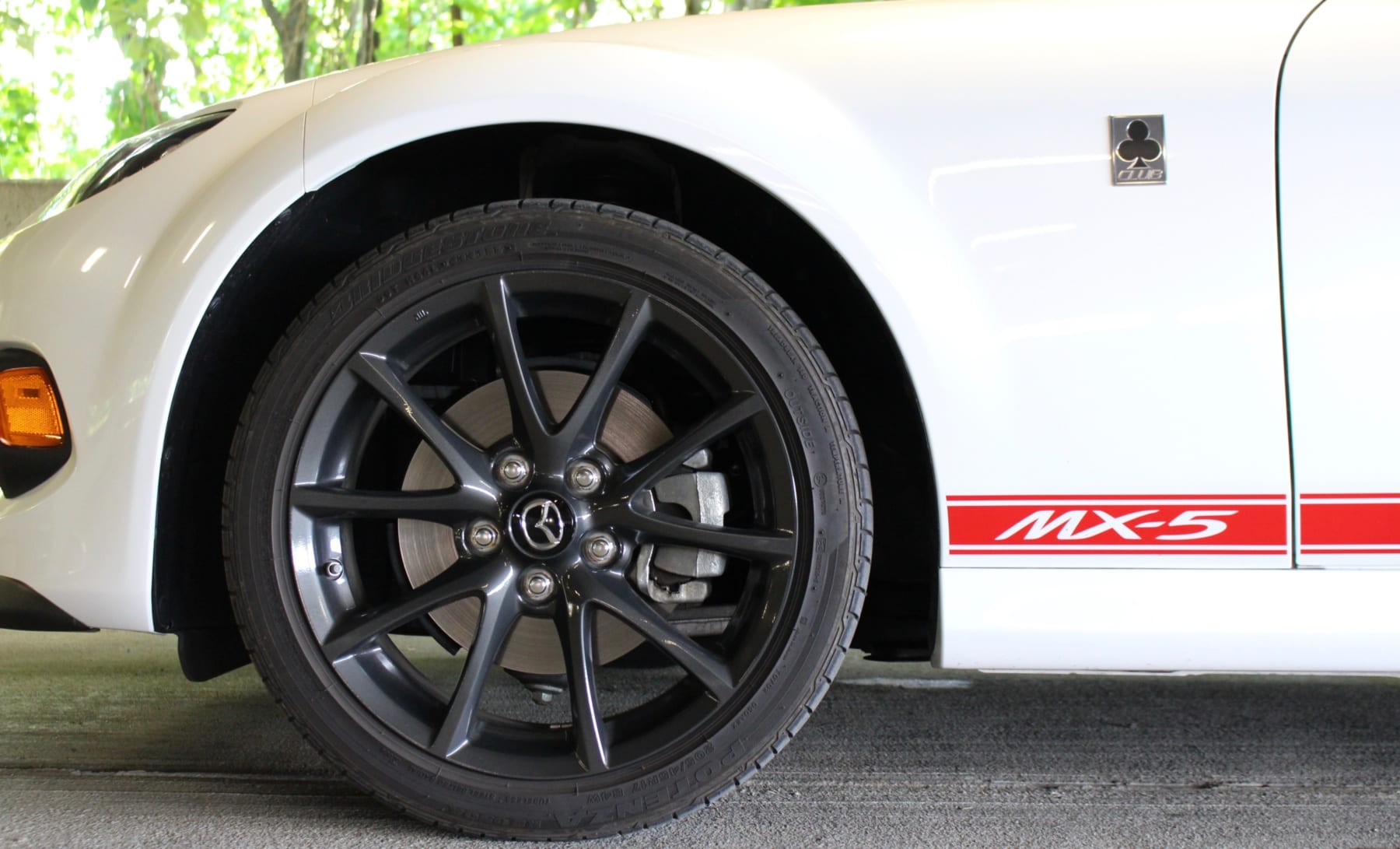 The time was right for me to buy a Miata. I took the leap and after years of knowing I should, finally did. It’s one of the most rewarding things I’ve ever done in my car journey thus far. Owning a Miata is a freeing experience. With the roof up it’s a joy to drive. And with the roof down it has a characteristic I’ve yet to experience elsewhere. Driving it allows you to separate yourself from your own world, allowing a sense of clarity in that you have to focus on driving and nothing else. It forces you to become one with the place in which you’re driving, experiencing the sights and sounds and smells more vividly than you ever could in a closed-roof vehicle. Maybe it’s because this is my first time owning a convertible; maybe that’s just how it is with a car like this. Regardless, it’s come to be something I crave.

My last few years of vehicle ownership have marked the most important in my life. My biggest amount of personal change, always in tune with a vehicle telling part of the story. This year has been one of enormous change for me and the Miata was another installment in such. It’s a special car correlating with the most special time in my life yet.

And six weeks into ownership, I still smile every time I drive the Miata. 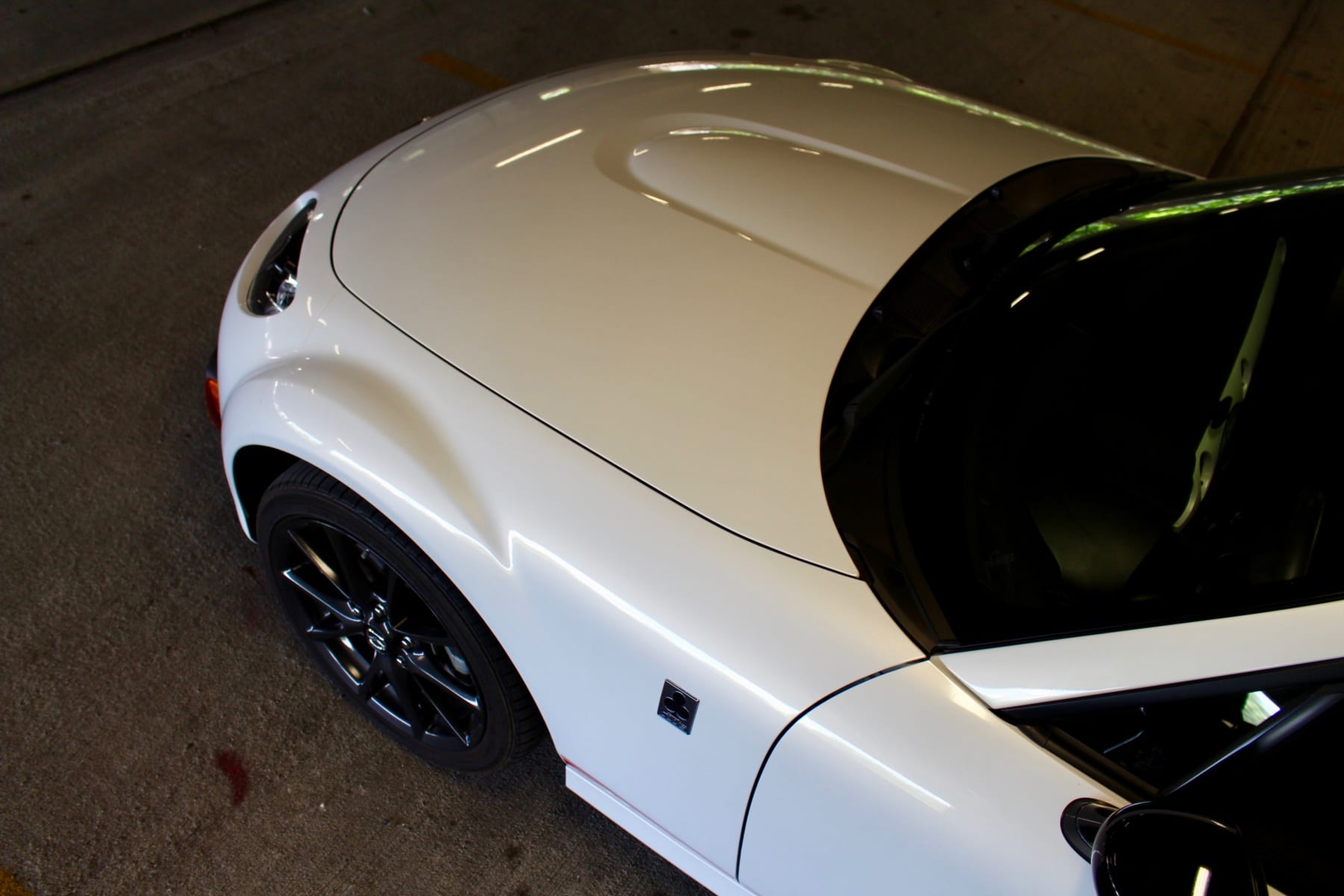