Pontiac Tojan – What else have I missed?

Ford in the 1960s was not the only American car company to challenge Ferrari. General Motors created this beauty in the mid-80s to pull sales away from the prancing horse. Pontiac did not see the same success as Ford.

There were approximately 150 Pontiac Tojans built from 1985 to 1991. The cars were commissioned by GM and were built in Omaha, Nebraska.

This one is for sale on Craigslist in Wisconsin. The asking price is probably around $9,000, but the seller is looking for the best offer. There is only one picture in the ad, but I wish there were more. This seems like it could be a very good entry in an upcoming Radwood show. Cursory search results look like it doesn’t get a sweet digital dash cluster. *sad face*

I found one that sold in the 2017 Kansas City Mecum auction for $13,500 and it’s a Knightmare. That’s not a typo, it’s the Knightmare edition and it’s magical! Click for more photos.

No Replacement for Displacement & Turbos

I couldn’t track down exact engine specifications. The CL ad has a 406 Chevy small block which is probably tuned for around 500 horsepower. There is also a Carfection video where their subject Tojan has a twin turbo V8 powerplant making 800 horsepower.

American sports cars of the mid-80s are known for their sloppy steering and underwhelming handling. The Tojan continues this tradition and is paired with way too much horsepower. 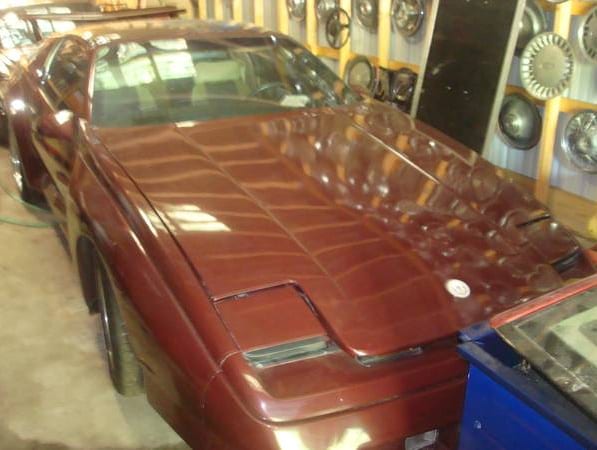 I have never heard of the Tojan until today. The even weirder part is that the Carfection video is from March and I still had no idea that the Tojan existed.

I wonder what other insane American cars existed that I still know nothing about? What car have you recently discovered?