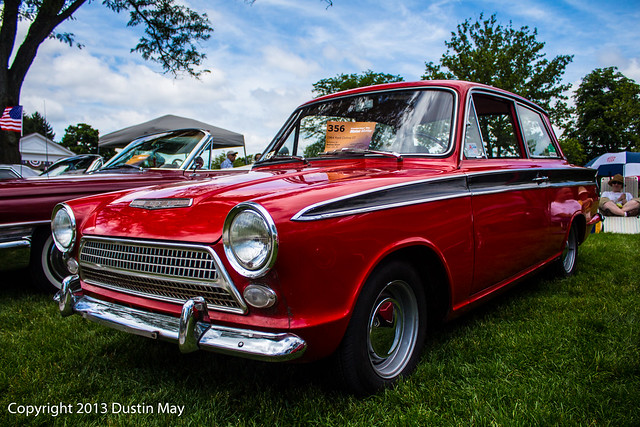 Every Father’s Day weekend cars from the 1930s through the 1970s descend on Henry Ford’s Greenfield Village and line the streets of the historical landmark in a dazzling display of automotive history. Normally, the only mechanical sounds heard in The Village, as us locals call it, are the steam train and the putter-putter of the Model Ts. Motor Muster overrides those sounds with the roar of V8 and the slamming of hoods. 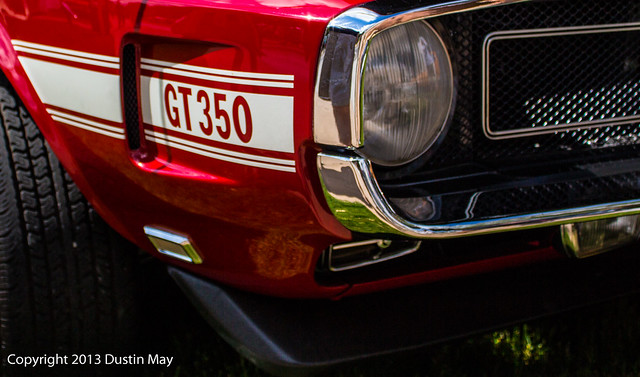 Unsurprisingly, the show is predominantly made up of Pony Cars and muscle cars from the ’60s and ’70s. This 1970 Shelby GT350, for example. The stories behind the cars can be more interesting than the cars themselves. This GT350 was originally sold in France and was owned by three people there until the current owner bought it and had it shipped to the US in 1985. 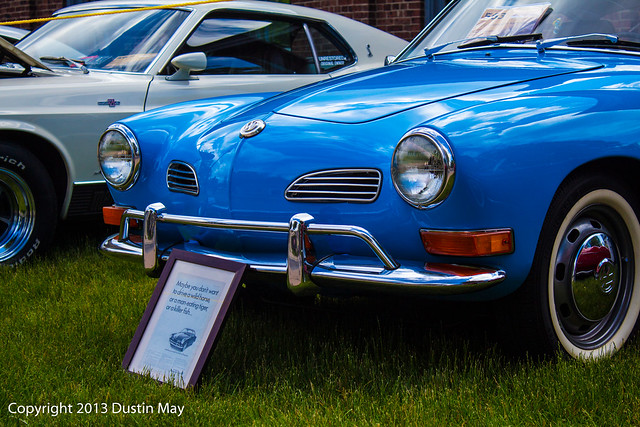 Tucked amongst the American iron are cars from all over. The Germans were well represented and the English made a showing. The Cortina above sat amongst Falcons and Corvettes and attendees seemed to be walking by it on their way to see the large American boats of the era without realizing how interesting and rare the little English Ford is.

From luxury cars of years’ past to Malaise-era family cars, the Motor Muster has it all. If you’re in the area on Father’s Day weekend next year, I highly encourage you to pay the Greenfield Village a visit.