One Small Argument In Favour Of Autonomous Cars. But Only A Bit.

I find the idea of my car driving itself fairly repellent. I love driving. I love the sensation through the controls and how the car responds to my inputs, and I love being actively involved in the decision making process. The arguments against autonomous cars are many and varied, however, after yet again being stuck in traffic on a local major road this morning, I’m reminded of one of the major points which are pro driver-less cars. Put simply; there are far too many crappy drivers out there who ought to have their decision making rights revoked.

Speed kills. This is slogan which has been bandied about since the before the days of the red flag men. Early passengers of steam trains were concerned that the extreme velocities they would experience (in excess of twenty miles per hour) would make their faces implode. Now, just like our trains (well, not British trains, obviously) today’s cars are faster than they’ve ever been before. But it’s all a case of context. Outright speed doesn’t kill at all. It’s differential speed that causes a problem. One guy on an otherwise empty motorway could do 300 mph without doing any harm whatsoever. However, get one guy who wants to do 90 on a road full of people doing 70 and suddenly you’ve got a moving game of chance. It’s bad enough on two lane roads. A long, long time ago the first dual-carriageway highways were built, the idea being that faster cars need no longer get held up behind slower lorries. The overtaking lane was created, and it worked a treat for quite a long while. Things are different today, though. On British roads the common picture is that the outside lane will be packed with an 80 mph traffic jam, the inside lane will be desolate apart from a heavy truck every quarter of a mile or so. Of course, the correct thing to do is to pass the truck in the overtaking lane and then pull back in, but there seems little point as there’s another truck up ahead, so you may as well stay where you are. And if you DO follow the rules and pull in for a moment, the guy up your arse who really wants to be doing 90 will just take the spot in the outside lane that you’ve just vacated.

The amazing thing is what happens when there are no trucks. Everybody could pull in safely, leaving the outside lane clear, but there’s no point. Do that and all that’s going to happen is that the car behind will pass you until he reaches the next guy. You’ve still got the same 80mph traffic jam as ever, it’s just that you’ve moved a few places back in the queue. So then what happens? Well, seeing that the inside lane is devoid of trucks, the Audi driver behind you will say “screw this” and use the empty inside lane to pass as many people as he can, and when he finally does reach a slower vehicle up ahead he’ll barge his way back into the queue, causing everybody to stand on their brakes, which inevitably causes fender-benders further back through the line due to the Chinese-whispers effect of under and over-reaction. It’s terrible. The really stupid thing is that the left hand lane of most of our dual-carriageway roads is broadly empty, which is hardly space-efficient. And it’s all because there is too much speed differential between cars (which want to be doing 70mph, our legal limit, as a bare minimum) and trucks, which are (supposed to be) electronically limited to 60mph.

So, the sensible thing to do here would be to suggest that the speed limit be lowered and enforced in a more dictatorial manner. Speed cameras aren’t enough. For extreme cases I’m taking about trapdoors opening in the blacktop to consume speeding motorists car and all. This is a much better idea than my previous though of using machine-guns, as it means fewer burnt out hulks disrupting the flow of traffic. But I hate the idea of lowering the speed limit. Slowing down the flow of traffic seems like a retrograde step. The whole idea of roads is to get everybody from point A to point B as quickly as possible, so to reduce the flow rate is contrary to the entire ethos of a successful road network. Now, this is one place where autonomous cars could come in.

In my vision of how an agreeable driver-less car situation would work the experience would run thus. You drive your car, as you always have, from home, along your favourite back road, clipping apexes and generally having a whale of a time, until you reach the motorway. You then decide, autonomous and fast or hands-on and slow? The latter option might apply if you only want to go a few junctions, for example. However, If you’re following the route for a longer distance, set the car into an autonomous lane and release the wheel. A tone or bell confirms that you’re going auto, and the windows all darken to the point of opacity. In place of the view out, alternative entertainment is provided in its place. The car is then accelerated to whatever speed the master (Regional? National? Global?) control system determines suitable. 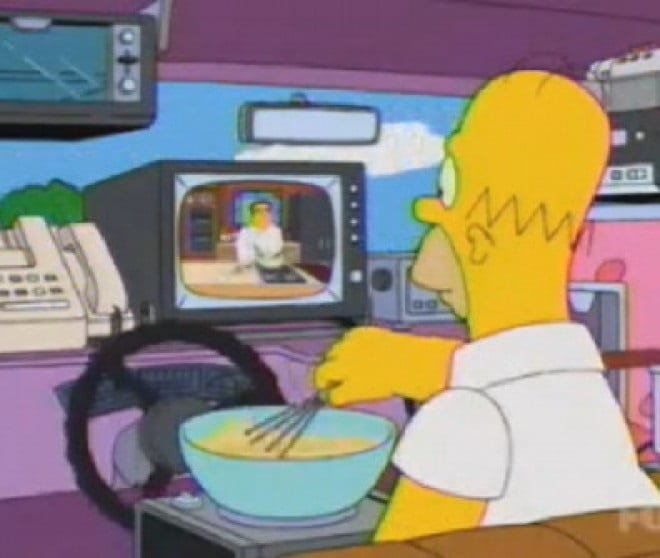 Why no view out? For your own good. To prevent you from freaking out. With cars being controlled centrally, having erased the human factor, the flow rate of traffic can be increased enormously. Because everybody is moving at the same speed there is literally no limit to the maximum. Nor does there need be any space between the vehicles. If the entire line of cars is responding to central instruction, and acceleration and deceleration are assessed based on the capabilities of the slowest vehicle, everything can co-exist without extra stopping distances and reaction gaps. In theory there need be no slowing at intersections, either. Where two lines of traffic intersect, if judged properly the two lines can pass through gaps in each other without making contact, at whatever speed the system likes. Nobody need stop and wait.

Notice that I mentioned “centrally controlled”, rather than autonomous. This is because I’m not sure that a car’s ability to think for itself will be enough on its own. All that independent thought achieves is a replacement of human error with the possibility of machine error. The car still has to second guess what the surround traffic is going to do, and all it can do is try to react if something happens that it didn’t predict. An autonomous car operating amongst other traffic still needs to integrate with the the erratic driving habits of flesh and blood. It feels to me as if there’s precious little advantage in autonomous cars until every last meat-guided machine is eradicated. To actually glean an advantage from the logic-driven, emotionally detached and infinitely precise nature of robotic control, the roads need to be cleared of bumbling incompetents with poor lane discipline and an egotistical need to overtake.

Central control would be a very agreeable halfway house. A degree of awareness would enable the car to communicate its intentions by means of a global network. Rather than the car coming up with its own clever idea of how to get from point A to point B, it needs to broadcast its intention before following instruction which ensures that it safely fits in with whatever all the other traffic wants to do. What I’m proposing is very much like an extraordinarily high-density version of the Air Traffic Control methods followed by commercial pilots today. Your flightplan is known and then instructions are given which means that you can follow a path without causing hazards to other aircraft. The biggest difference here being that, as long as they remain wheeled, cars only operate on two dimensional vectors. This concept really lends itself to major roads where people are travelling long distances. Segregated autonomous lanes could potentially replace those earmarked for HOV, automated vehicles left to do what they need to do with binary efficiency, without some random human-operated car with a mind of its own getting in the way. A dark, twisted fantasy, of course. And I hope it’s a long time before anything like this happens. HowEver, I genuinely don’t think I’d miss anything by having the motorway sections of my journey taken out of my hands. Just let me keep my backroads, thanks. (Images stolen from various sources around the internet, none of them are mine, apart from the top one which I nicked and then butchered using GIMP)