Not sure if Genius or Idiot: Pineapple for Bronco scale

Ford has been setting up Bronco events at dealerships all over the country. The company brings two or three rigs to local dealerships so that people who have ordered their Broncos last year can see what they may or may not take delivery of this year. Bronco forum people post a ton of pics from these events, each one showing some specific aspect of the car that’s overly important to very few. A dude by the name of “ZackDanger” (I guess those are his first and middle names) did something different.

Zach went to one of those dealer Bronco events with… a pineapple. And then he took pics of the Bronco with the pineapple in various places. The idea is that the pineapple works as a fixed scale object, giving those who haven’t seen the Bronco in person an idea of the size of various things. Looking at Zach’s pictures, my first thought was he is a complete moron. The engineer in me said, “but pineapples can vary in size, how do I know your pineapple is the same as my pineapple?!” But that’s my own issue.

And then I realized that Zach is a damn genius. 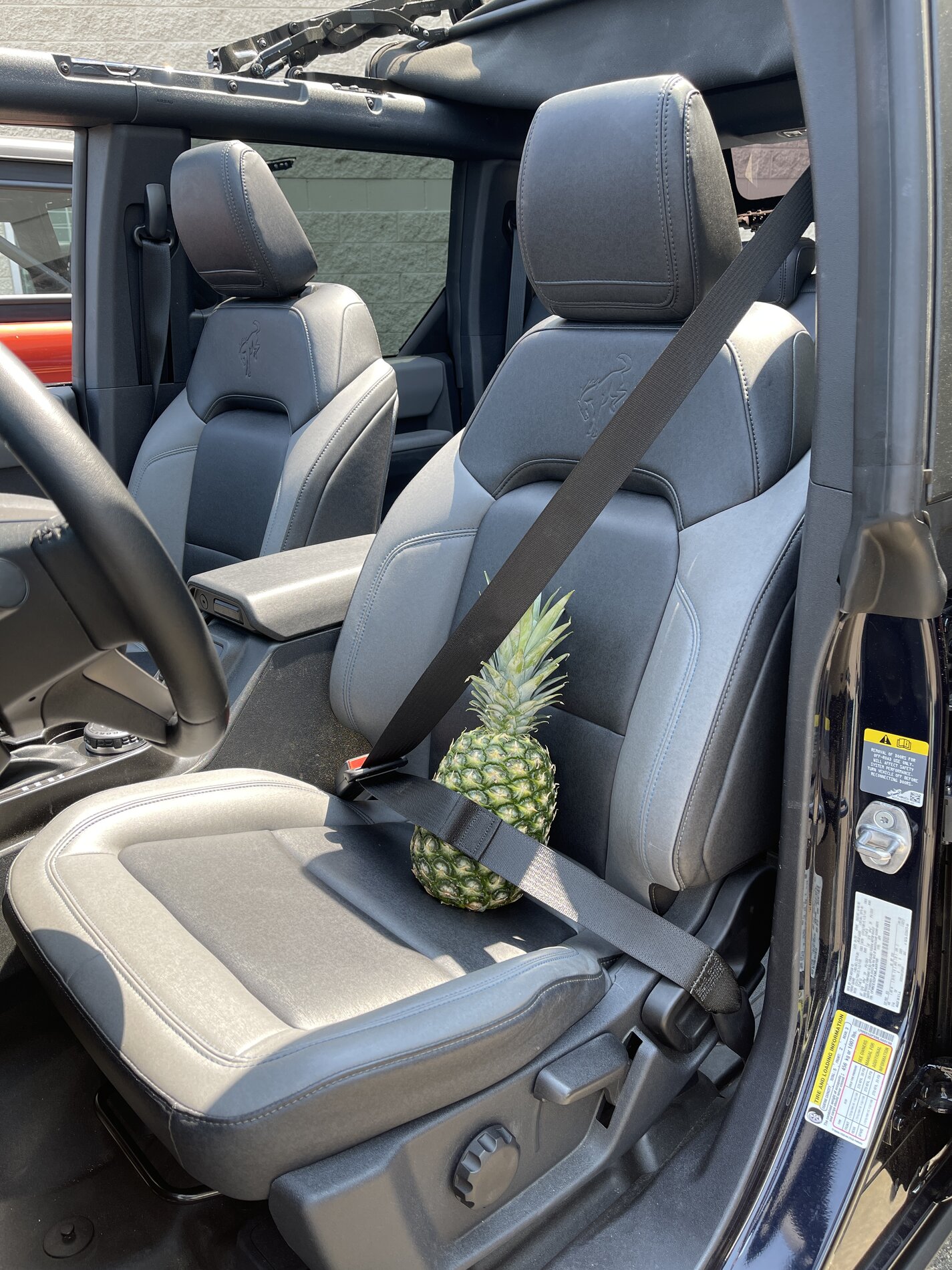 For instance, I don’t think a soccer ball will fit under the rear bench. But I know that a first aid kit and some bungee cords will fit perfectly into the storage area under the cargo floor. A water bottle should fit into the mesh door pocket. But I don’t think that my DSLR camera fits into the center console. I can see that the side pocket in the cargo area is rather useless. This is amazing information! 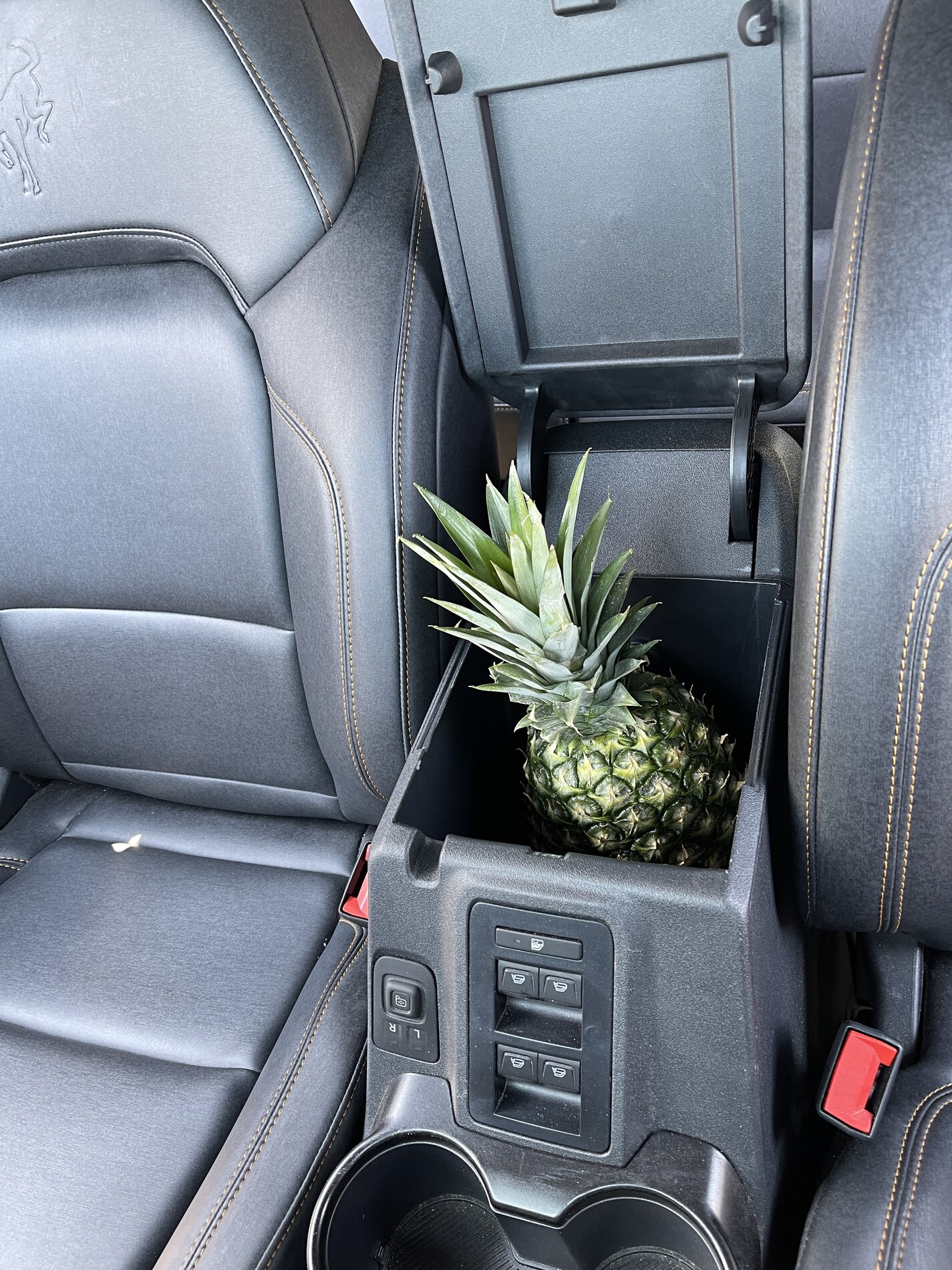 Go to Bronco6g.com for the rest of Zach’s pictures. They’re surprisingly informative. 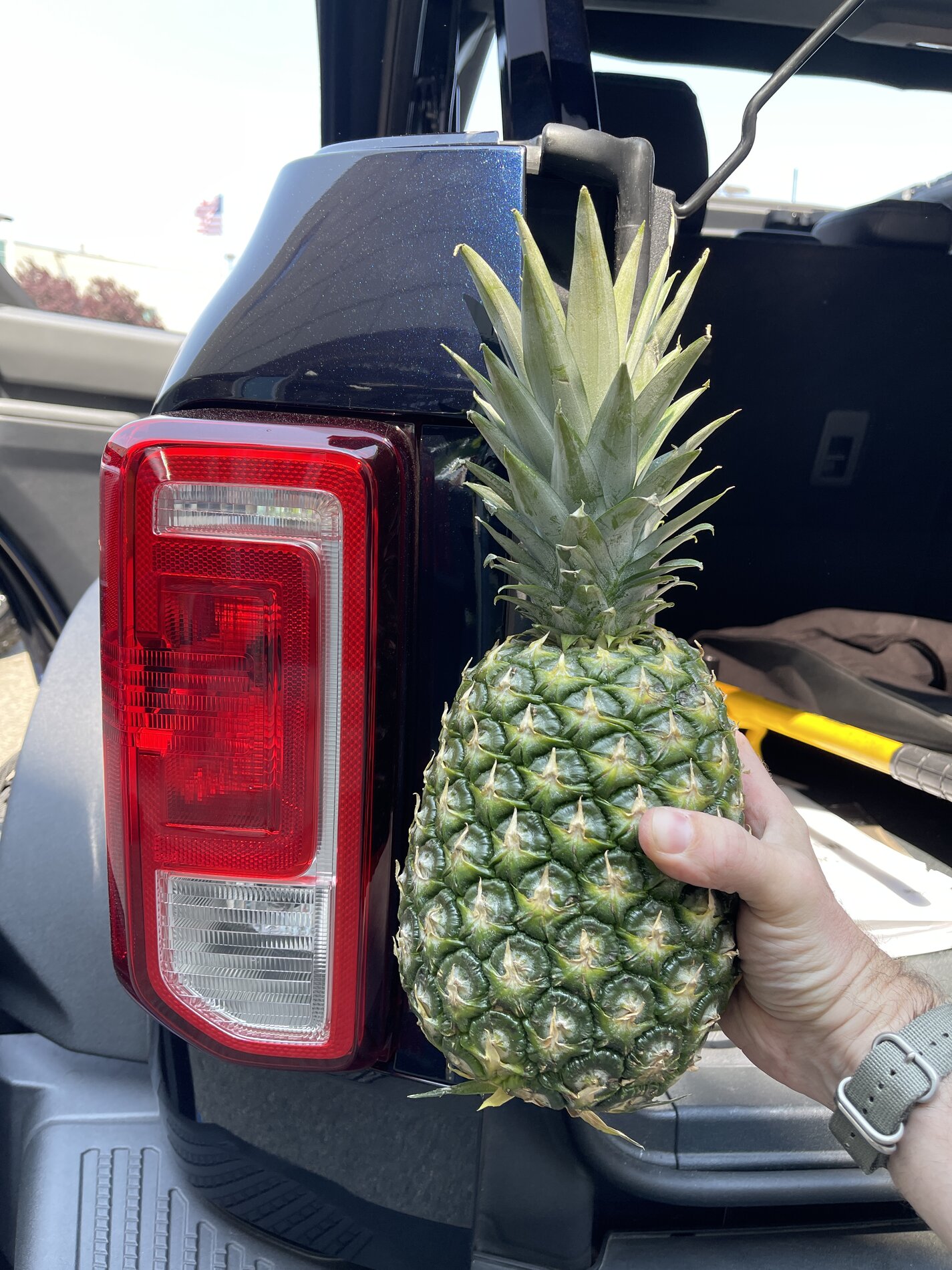 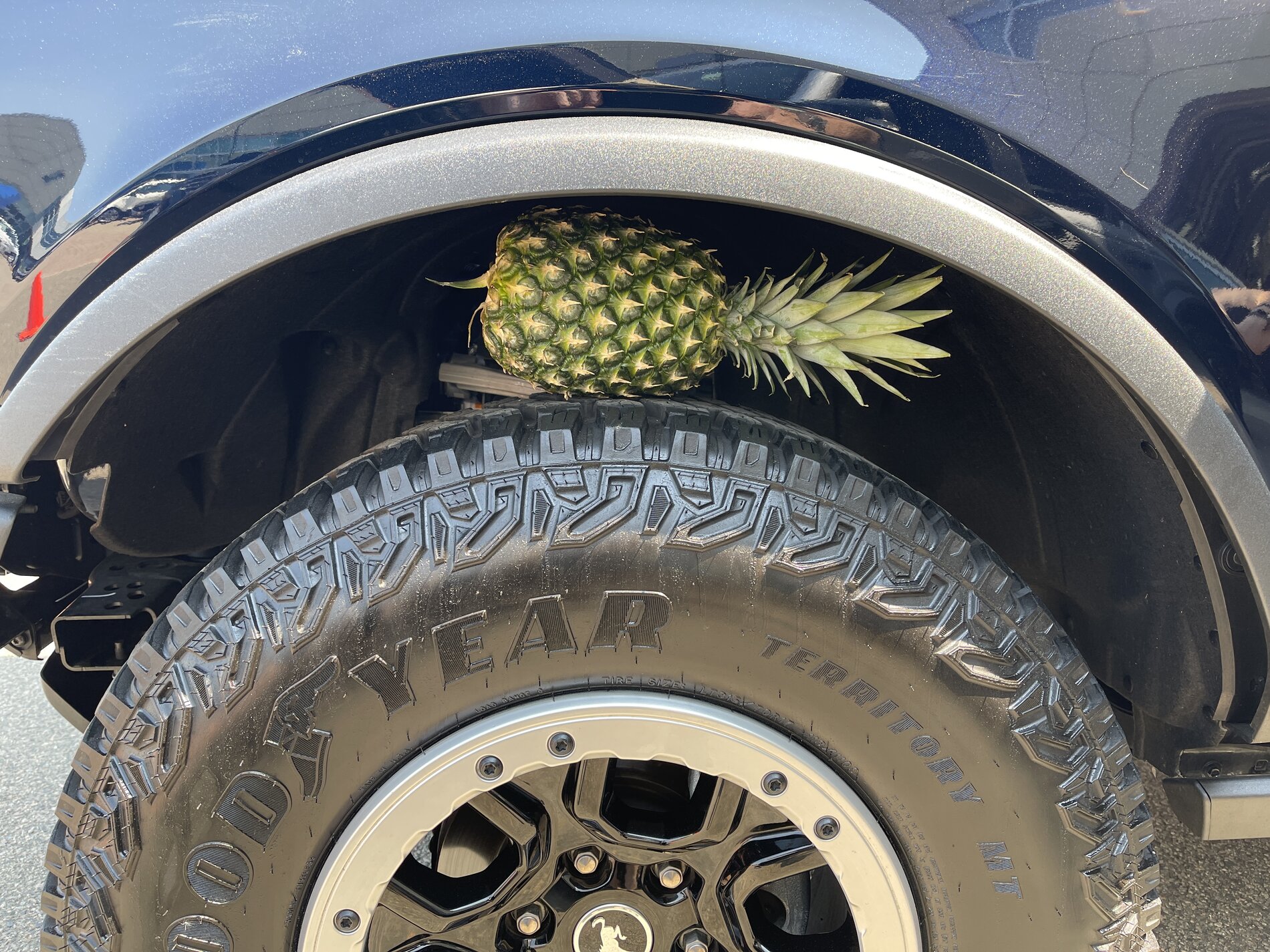 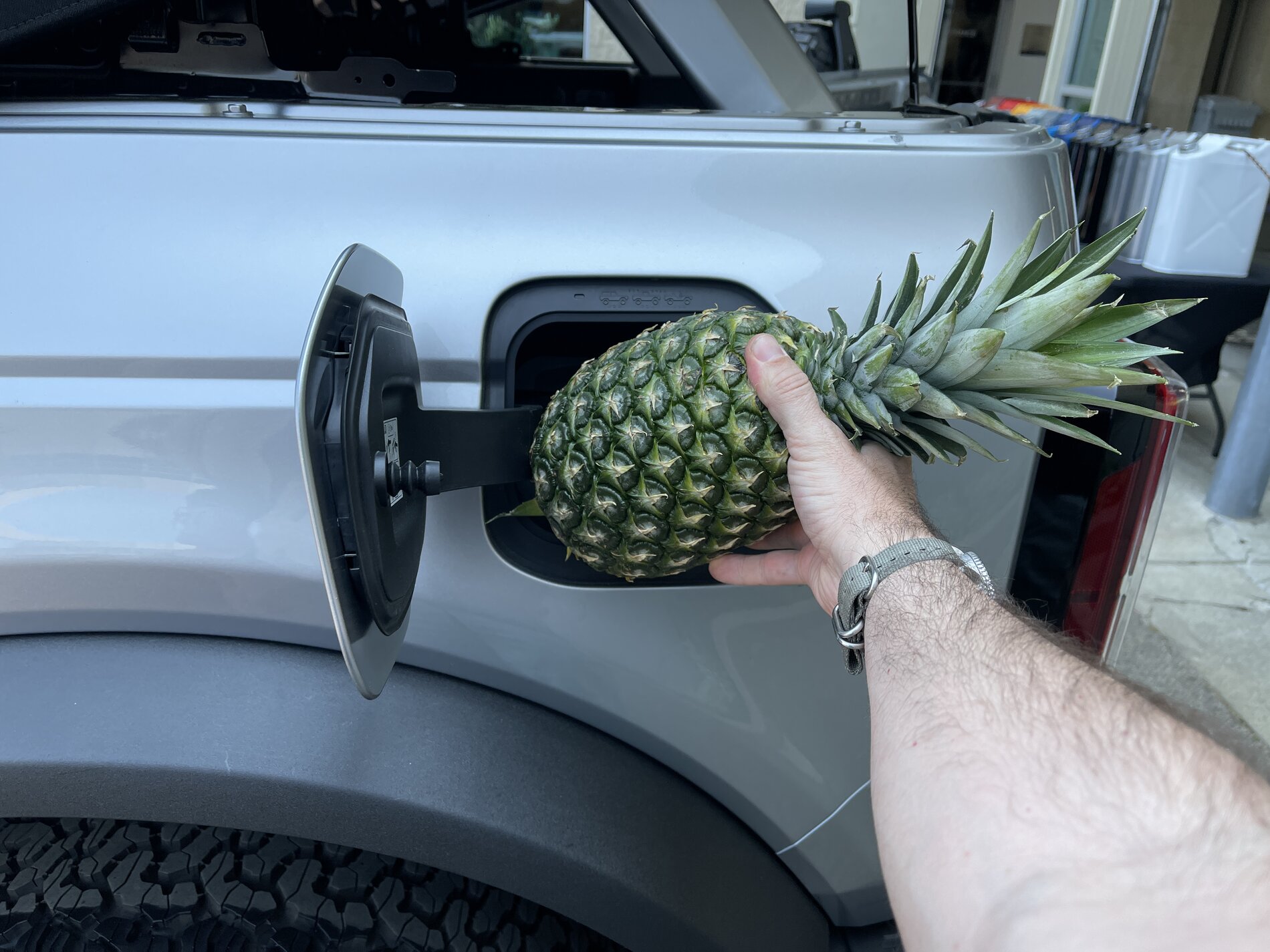 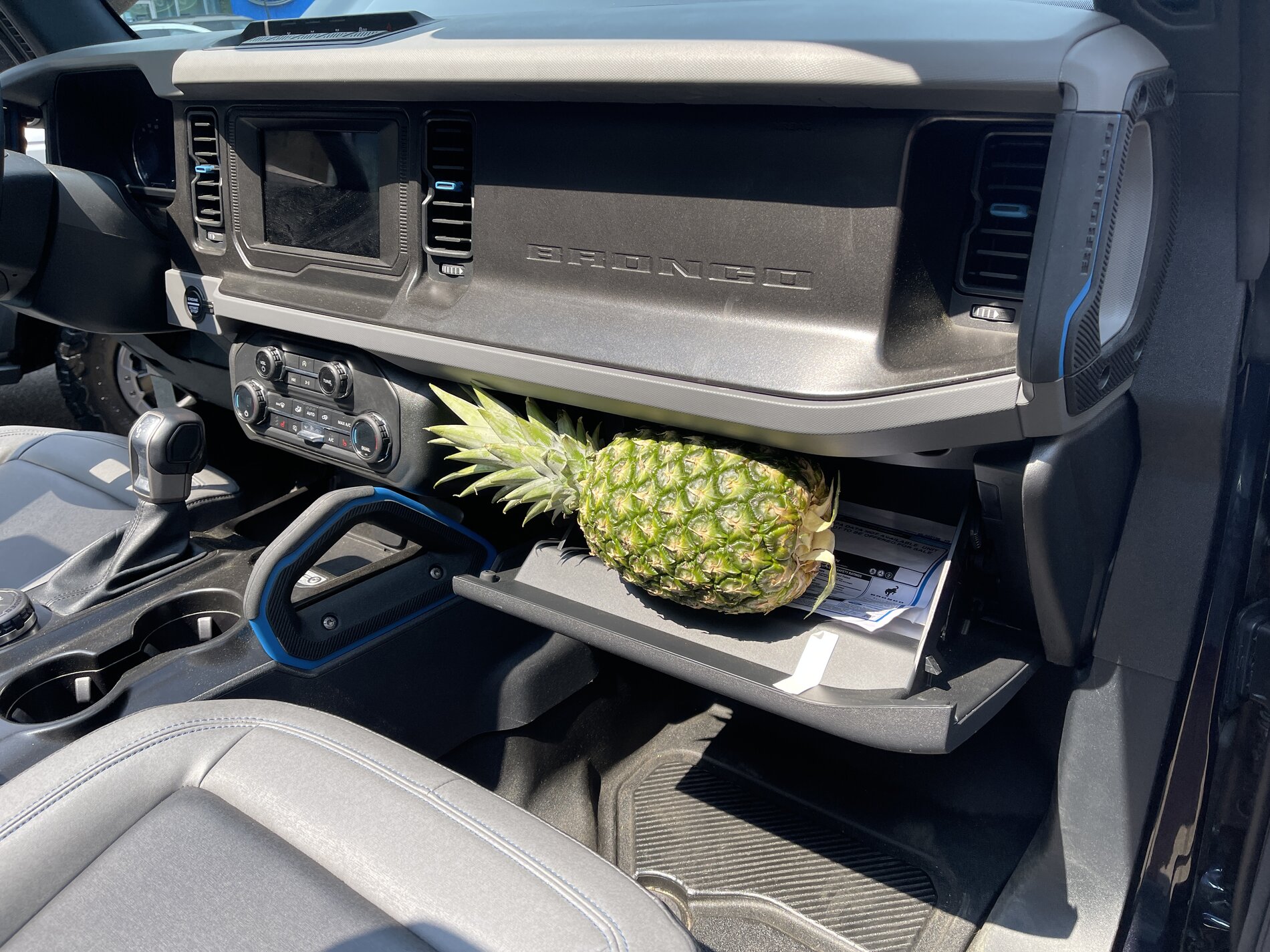