In 1963, NASA needed a car. Specifically, one powerful enough to tow a thousand-pound prototype aircraft at more than a hundred miles-per-hour. It wasn’t a regular aircraft they were towing, and it wasn’t a regular Pontiac towing it.

What is a lifting body?

The car was meant to tow a ‘lifting body’. A lifting body is an aircraft with either very small wings, blended wings, or no wings at all. The fuselage of the aircraft itself is shaped to create most or all of the lift. Lifting bodies are a great type of aircraft for very high speeds, because its lack of wings makes it very slippery in the air. This is ideal for a spacecraft, because the incredible speeds of re-entry create immense heat from friction. Minimizing this friction is the difference between a safe landing and a deadly fireball. 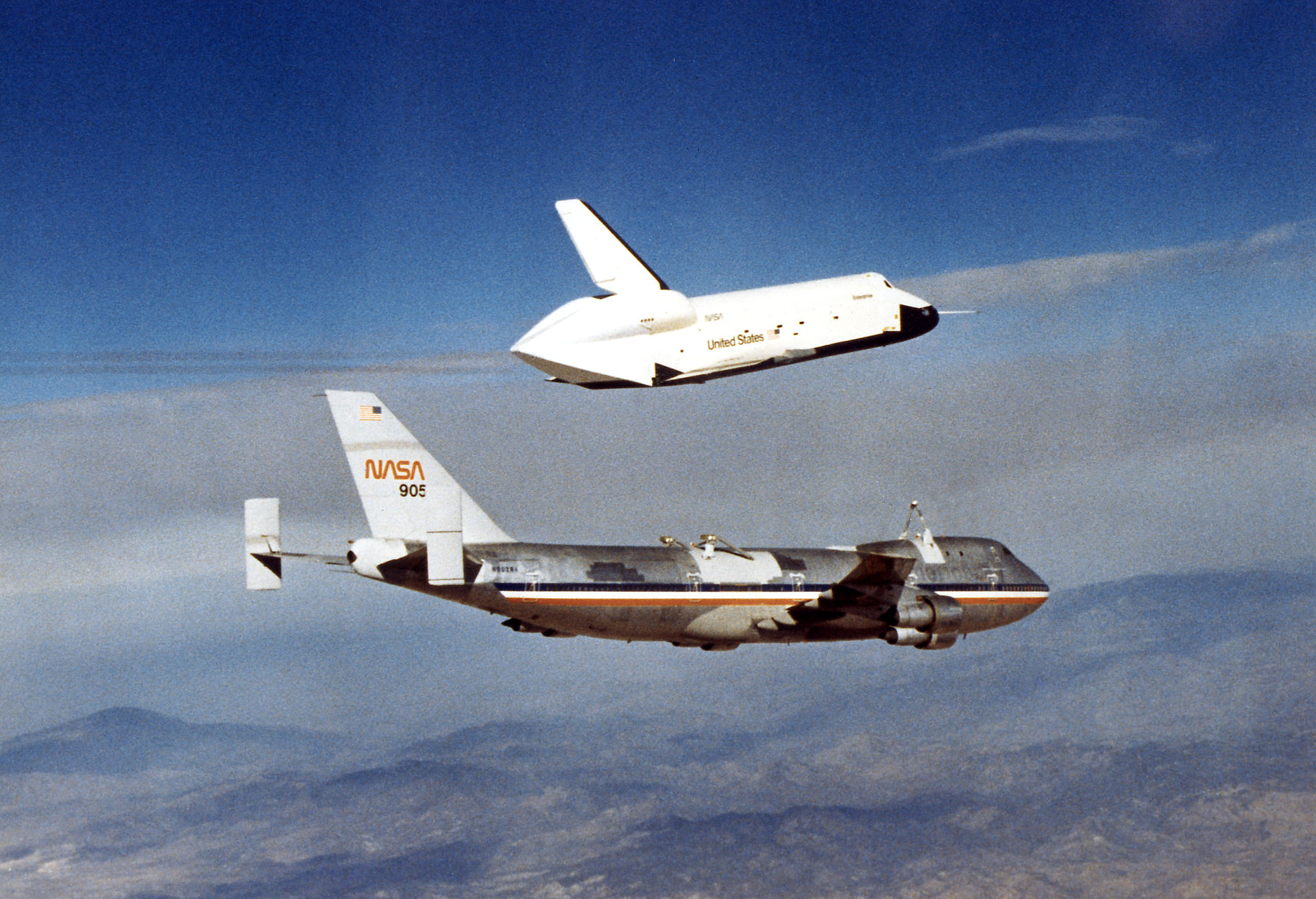 The space shuttle was a lifting body. Its short wings would alone struggle to keep it aloft at low speeds, and indeed it could not take off from a runway under its own power. It would be shot into space on a rocket, and then using the immense speed of re-entry, glide down to a runway and land at a brisk 220 miles-per-hour (a 737 typically lands at around 150 mph.)

Before the space shuttle, several experimental aircraft were created in the 50’s and 60’s to test the concept of a lifting body. They all looked rather strange.

These full-metal versions had rocket engines in the back to extend their flight time, but the initial M2-F1 prototype was a simple tow glider.

The M2-F1 was NASA’s first attempt at this sort of aircraft. Really, it was anybody’s first attempt. The technical concept of a lifting body had been theorized, however nobody had really tried it. (Besides in some funny-looking prototype aircraft that still had regular wings.) Seeing as there was absolutely no data to inform their decisions, NASA began making and testing a series of models to gather some.

After some time iterating in the wind tunnel, they landed on a prototype design. They got real excited, made a big one with a lightweight frame and some plywood, and pushed it out to a dry lake bed. Then, the excitement waned a little, and they scratched their heads.

“How are we gonna fly this shit?”

(I may have made up that situation.)

A retired Air Force officer named Whitey Whiteside appeared, and insisted they go buy a new Pontiac Catalina Convertible (with the 421, of course.). It would be a good car for it. The convertible top would allow them to keep a close eye on the aircraft, take pictures, and get better data. Plus, the 6.9 liter V8 would allow them to tow the aircraft like it wasn’t even there.

The NASA people liked this idea, but there was an issue. It could be stated verbally as this:

“We have to talk congress into buying us a stick-shift, 380 horsepower Catalina Convertible.”

This was a problem. Those NASA boys clearly just wanted a hotrod to rip around town in. What use could they possibly have for a car like that?

Some more head scratching was done, and as usual, our best and brightest at NASA came up with a solution:

“The lifting body has no engine, right?”

“So wouldn’t the Catalina technically be the lifting body’s power plant?”

“So… We just need to ask for a power plant for our lifting body.”

After going through all the proper channels, Whiteside ordered a brand new, 421 Catalina convertible with a four-speed straight from the factory. It was white, had no hubcaps, and no mufflers.

When they got the car it was clear it would still have to be modified, so Whiteside took it to a local shop owned by hotrodder Bill Straub to get some work done. There, a new transmission was put in which made the engine reach peak torque at 100 mph. It also allowed the Pontiac to cruise quite happily at 140mph if the driver indeed wanted to go that fast.

A roll bar was also installed to protect the occupants, and the seats were rearranged to allow for better observation of the towed aircraft. The car may have been just white from the factory, but the hood and trunk were painted yellow (so it appeared like any other runway vehicle.) The NASA logo and some other information was printed on each side of the car, and they would also add some radios and scientific instruments later. The finishing touch was a set of drag slicks.

When the car was finished, Whiteside picked it up from the shop and drove it back to NASA’s flight research center. He apparently had a heavy foot however, and he was pulled over by a police officer. Simply curious why the car was so loud, had government plates, and NASA written of the side, the officer asked what it was for. After Whiteside told him, the policeman apparently shook his head in disbelief, and let him go.

Eventually, enough data was gathered from ground testing, and the prototype was dragged into the air for testing using a C-47 airplane. As seen here:

Where is this Car now?

Very little is known about what happened to this car. People who worked on the project said that it should have been preserved–but it wasn’t. According to one former NASA employee, as soon as the ground testing was done, the car may have been auctioned off. There’s a big blurry section in the car’s history between the sixties and now, however.

The last time I can find somebody actually knowing about the car’s situation was in a June 2001 interview with Bertha M. Ryan, a very interesting woman who was a researcher on the lifting body project. She said, “It was apparently on eBay [Internet-based auction], for sale on eBay, and I don’t know how it ever got to eBay in the first place… without wheels and without the engine.”

Bertha also suspected that the car may have been gotten rid of quickly as surplus–before any higher-ups realized their “lifting body power plant” was actually a Pontiac. I attempted to go on the Wayback machine around the time of the interview to see if the car’s ebay listing just happened to be archived, but I didn’t have any luck.

With a little more research, I uncovered some good news. After the car was done at NASA’s Dryden, It was shipped to Langley, Virginia for testing of other experiments at Wallops Island. Around 2016, it was located somewhere in Georgia. The plan now is to have it restored and put on display at the new Flight Test Museum at Edwards AFB.

Seeing as it’s four years after that news, I looked into it a little more. The museum is apparently still getting going, with only one area open so far. They may have it, but it likely has-not-been or is-still-being restored. I contacted them to inquire about the car’s situation, and I’ll update you when I know more.