Mercedes-Benz EQS gives you ALL OF THE SCREEN

It was only a matter of time before this happened, right?

What you’re looking at is the new optional screen offered on the EQS. That would be the electric sedan built on the S-Class platform. It’s not a Mercedes-Benz, mind you, but the sub-Mercedes-EQ brand, which is going to be home to all of the full electric offerings from the German automaker. This screen is called the MBUX Hyperscreen. It’s essentially turning the entire dash space into a giant screen. 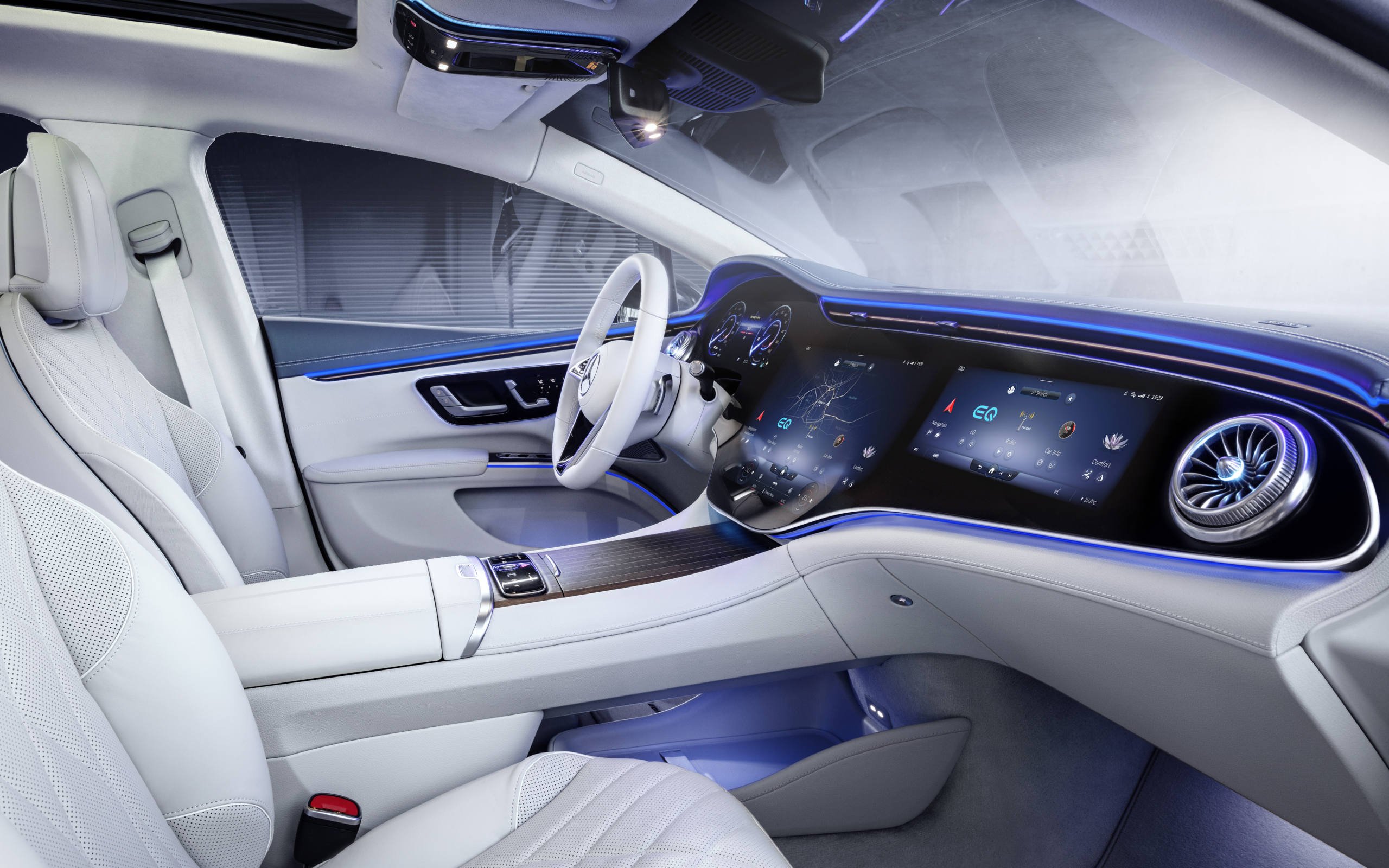 Both driver and passenger have 2.6 square-feet of screen real estate in front of them. It’s a singular piece of glass that covers three smaller screens to give it the appearance of one free-flowing mega screen. And it needs a mega amount of computing power to make it happen. Mercedes says the MBUX Hyperscreen uses 8 CPU cores and 24GB of RAM. Screen brightness is automatically adjusted with the help of a camera and a light sensor.

There’s so much tech in this car it’s wild. And we’re only talking about the screen because, frankly, it’s kind of insane. But if a car is going to push boundaries, it should be something that happens with a car like the S-Class (or now, the EQS). So go nuts Mercedes. Though it will be funny to see this tech filter down into an A-Class in 10 years.