Son of a bitch, they did it! That was my first thought when the Twittersphere launched word that Lexus has stuffed a 5.0L V8 into the Lexus IS. You’ll notice immediately that this is not a new IS F, but it does have the same naturally aspirated V8 that you’ll find in the RC F. With a maximum output of 472 horsepower at 7,100 rpm and 395 lb.-ft. of peak torque at 4,800 rpm, they’re bringing some serious thunder. 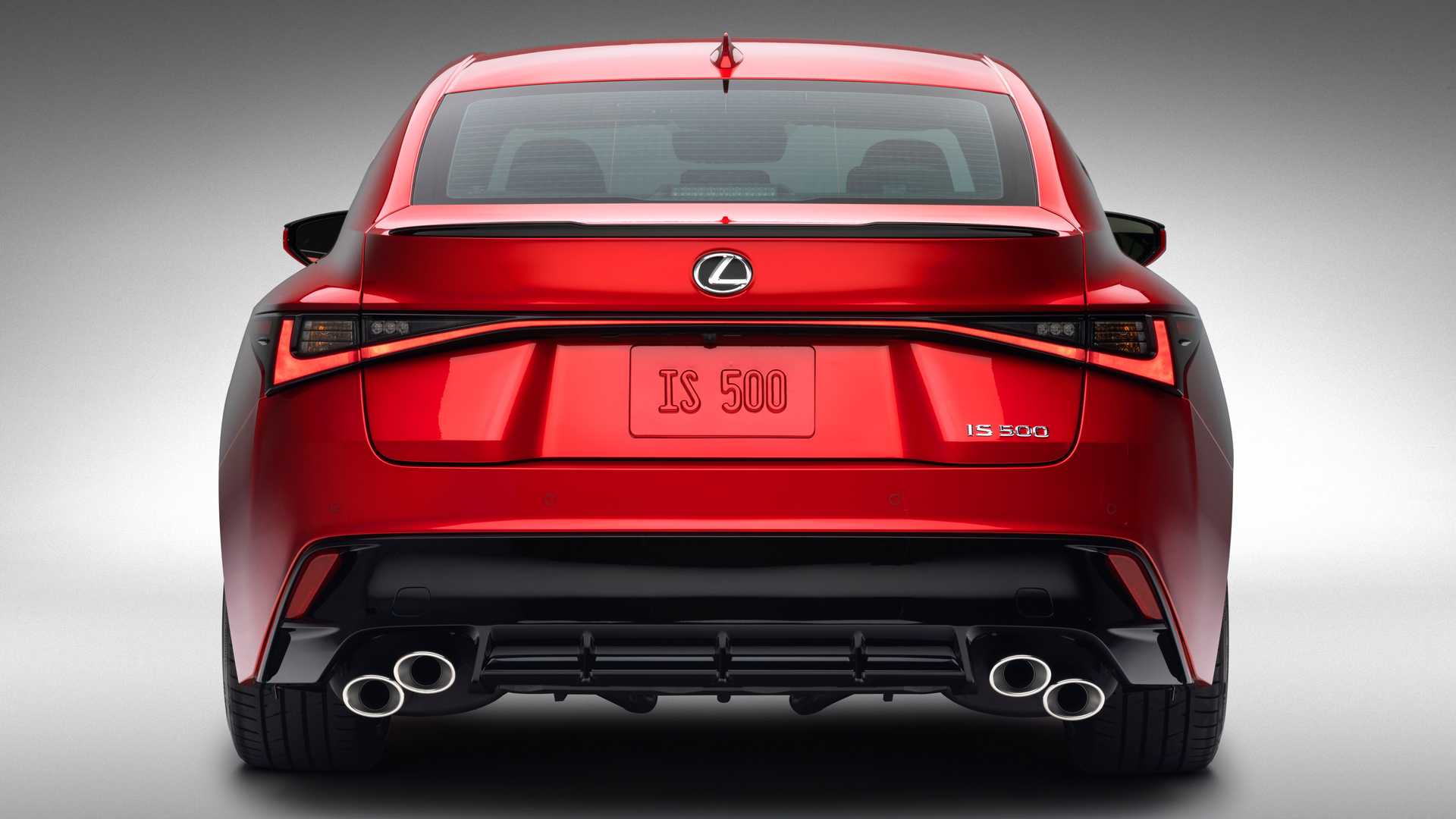 Thankfully, weight isn’t dramatically up on the RWD coupe. Lexus claims the new car only gains 143 pounds over the V6 IS, for a total of 3,891 pounds. You’ll only get a chance to click through an 8-speed transmission, but I can say that in Sport+, the RC F is still a blast to drive using the auto. It blips and burbles its way to massive entertainment. The IS 500 uses the same limited-slip diff and adaptive dampers found as optional extras on the current IS350 F Sport. So we’ll have to see if this concoction is as much fun to drive as it looks like on paper. The promo video features lots of sideways drifty action.

Lexus cites 4.5 seconds to sixty, which based on power and weight sounds fairly accurate. By comparison, my new Mustang GT is a bit quicker and has 460 horsepower but clocks in at 3,705 pounds. So the Lexus carries roughly an adult male’s difference in weight and delivers a dozen more horsepower (but fewer torques with 395 lb.-ft. vs. the GT’s 420 lb.-ft). So we’ll see how accurate that is. Regardless, the new Lexus IS 500 F Sport Performance is coming this fall as a 2022 model. We can’t wait to drive it, so stay tuned. In the meantime, here are some more glamour shots. Take a look at the hood bulge, quad exhaust, and 19-inch split-10-spoke Enkei wheels.

IS 500 Press Release and Launch Site. 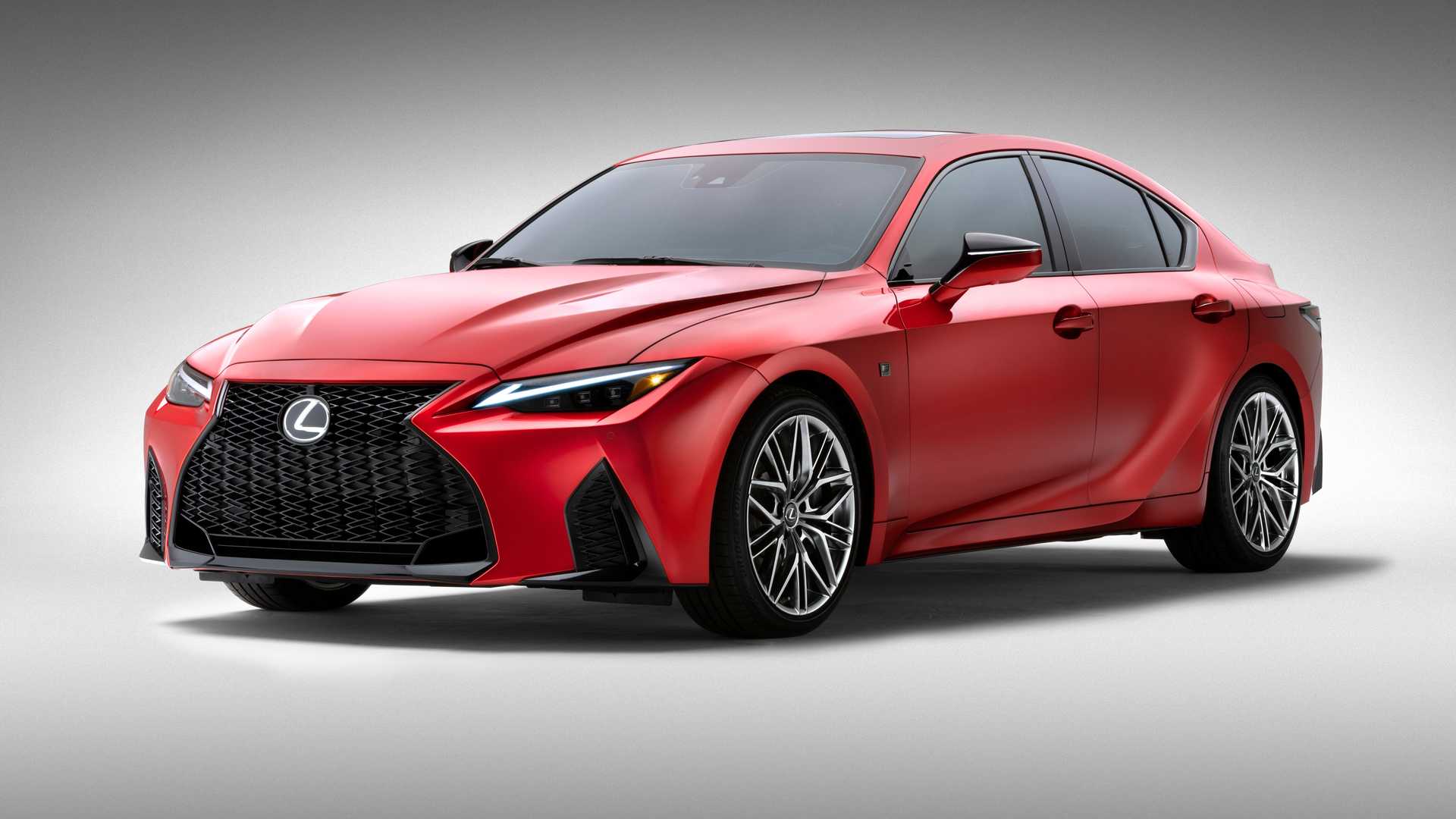 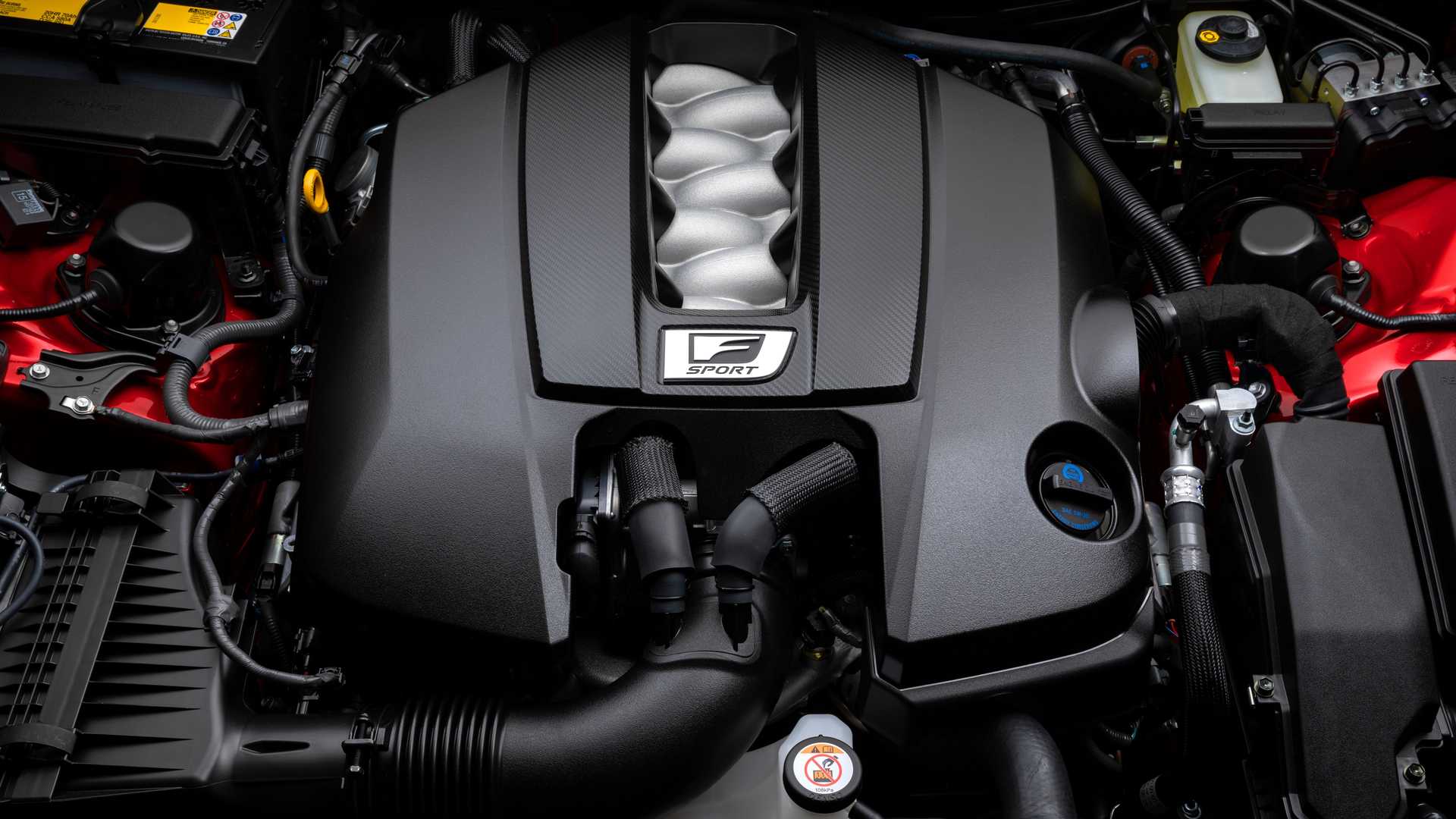 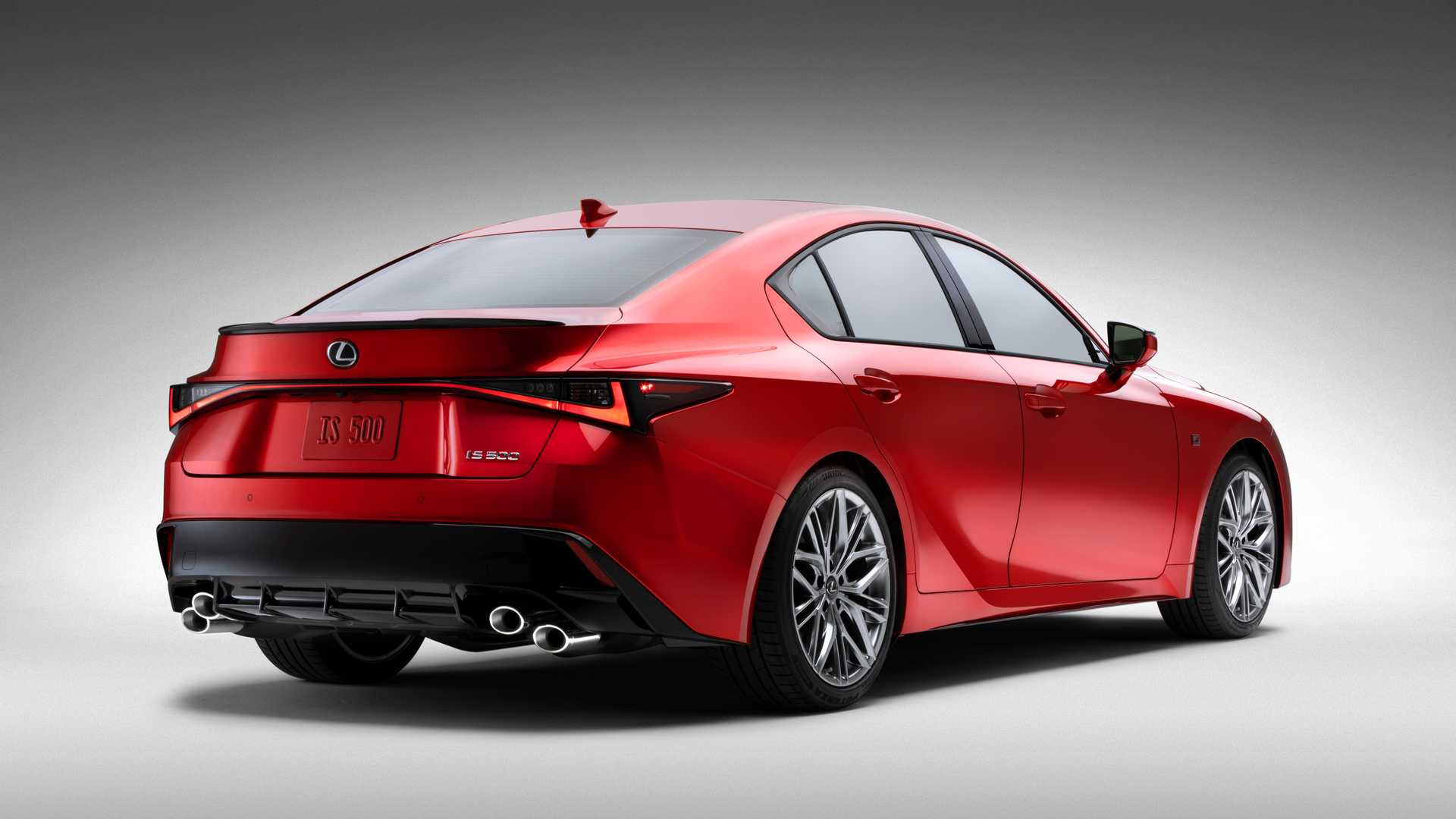 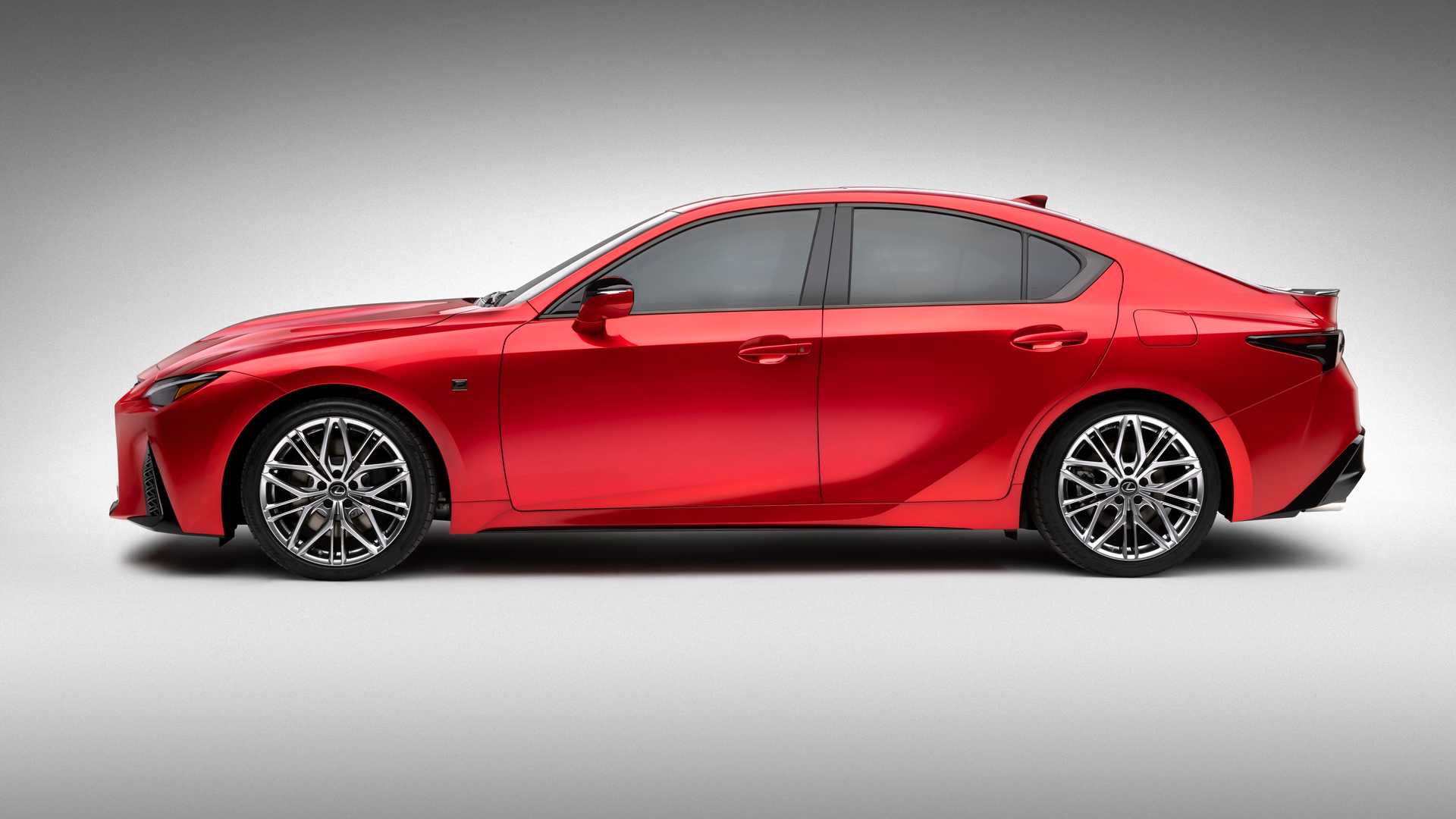 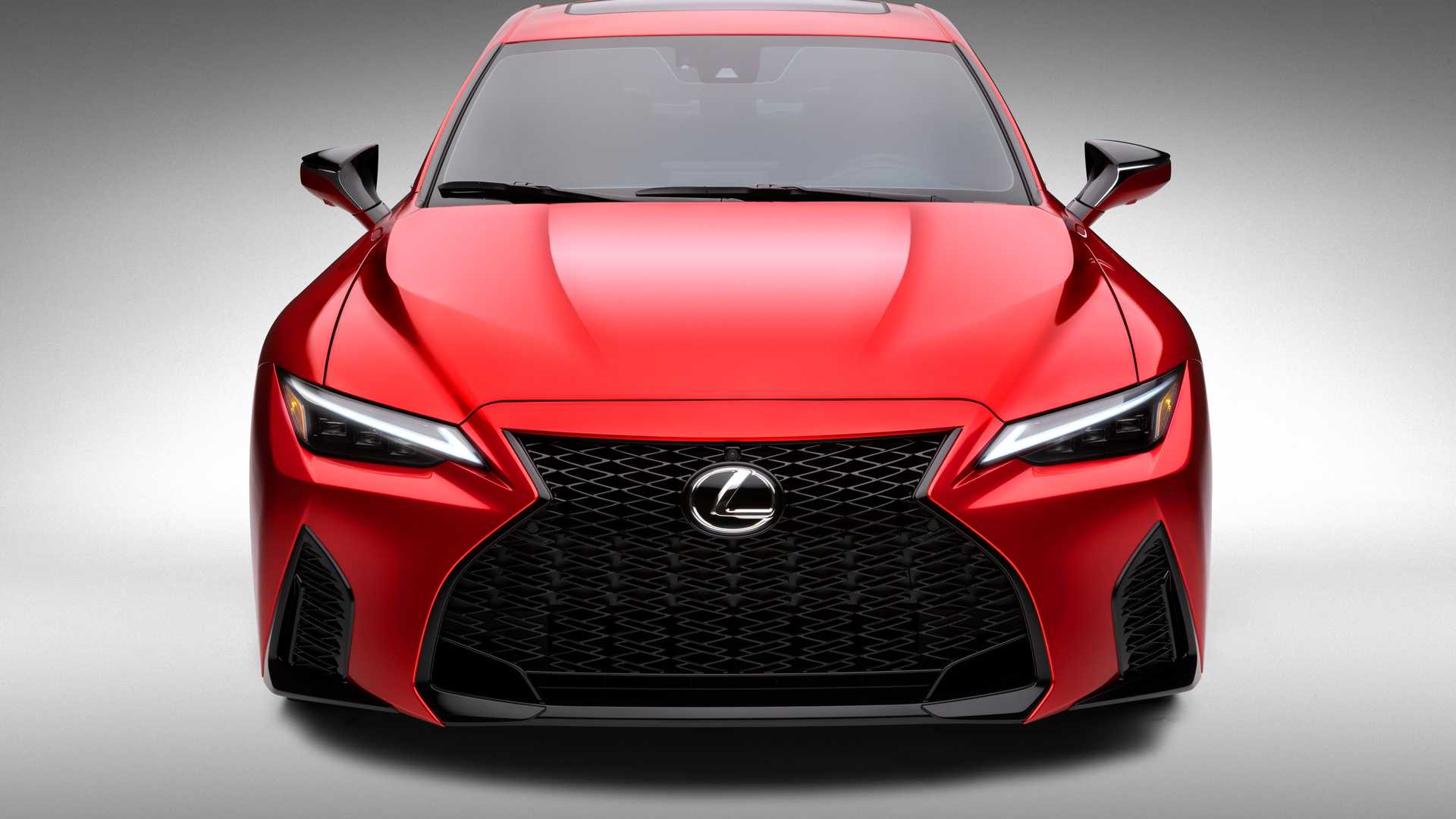