So, now that this olelongrooffan has lost his Hooniverse virginity, I thought I would share with all you Hoons What I Saw Sunday, especially you MOPAR Hoons. Now I know that Clunkbucket did a post last month about the MOPAR Spring Fling out there on the Left Coast and there were some really cool classics at that show. I mean Plymouth Super Bees, land barge longroofs and K-car longroofs. Yeah, way cool. But it wasn’t in May. One of the things this olelongrooffan, in my travels around these tubes, has noticed there aren’t, at least at the stops I make, all that many references to MOPAR shows and I thought I would share with you Hoons the one I attended on Sunday, quite by accident. You see, this olelongrooffan woke up that morning and, as usual, logged onto these tubes while enjoying an ice cold Diet Coke. Yeah, I know. But coffee and this oleman don’t get along as much as we used to and I need a caffeine fix to get me going. And I am too old for those black pills I used to imbibe in on those road trips during my youth. Anyway, my first stop on these tubes, after my three brother’s blogs, is Hooniverse. I was pleasantly surprised to see my virgin post greeting me as Hooniverse loaded up on my trusty laptop. This olelongrooffan is extremely flattered by the positive comments from my fellow Hoons and will try to live up to your expectations. And my apologies to BZR for stepping on his toes and posting a blog after he did the Last Call. I’ll try to figure out how not to let that happen again. (Yes, I’m a redneck originally from the Ozark Mountains so alcohol was involved!) So after being awestruck that this olelongrooffan is actually allowed (at least for now) to blog a post or two on Hooniverse, I headed over to Jalopnik to see what crazy stuff that FuManChoo wearing dude found to share with us this weekend. And, ironically it was junkyard MOPARs and DOTS MOPARs. Well, low and behold, upon arrival, I realized that Rob Krider had posted a blog about attending a VDub show, also out on the Left Coast. That post just plain shot down the idea this olelongrooffan had for posting here a blog  about the WinterJam2010 just for Ambersand. I may be a newbie but I do have some common sense. Just wait til 2011. So, here sat this dejected olelongrooffan, just chomping at the bit to provide content for the UDMan’s Hooniverse Weekend Edition. As I was enjoying that cold sodie pop, thinking about the expression “chomping on the bit”, this olelongrooffan was reminded of horse racing and that led to the memory of a friend of mine who trains racing Greyhound dogs. Now before you Hoons get all PETA crazy on me know that while dog racing is legal here in The Sunshine State, this olelongrooffan has only been to one dog race and that was in 1979. And, I did not choose the profession she chose in her life. But I accept it. Well, she refers to the pedigreed animals she trains as “mutts”. Yeah, more input into the title of this post. Ah, the alliteration continues. Anyway, this olelongrooffan remembered she told me about a MOPAR show out at the Daytona Kennel Club, on the Chamber of Commerce kind of weather, first Sunday in May and attendance at that show was mandatory for this olelongrooffan. Especially considering that the JeffMan had seen a cool MOPAR on Saturday and, at the risk of stepping on his toes, I had to see the sights to be seen out there. Plus it was windy as h*ll here yesterday and a trip to the beach was out of the question. Think sand blaster, my fellow Hoons. And that is the final clue as to the title of this post. Hope you enjoy it. So, after all this digression, this olelongrooffan jumped in my olestationbus, you remember my olestationbus don’t ya? I shared it with you Hoons out there in Hooniverse in my virgin post. Well if not, here it is again, 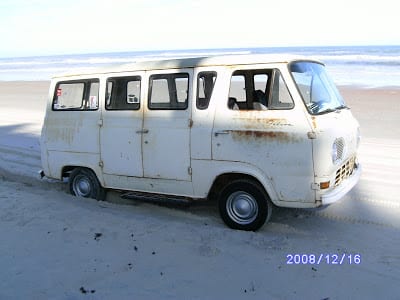 in its prerepaint (is that a word?) days and embarrassingly stuck in the Birthplace of Speed sands awhile back. Yeah, it is nice having a local brother with a Jeep! Well, anyway, the olestationbus and this olelongrooffan headed over to that canine racing facility to see the sights to be seen. Upon arrival, I guided the olestationbus into the spectator parking lot as it was assumed this was a MOPAR only show. I quickly ascertained that this was not the case but these days the registration fee for a car show is not something this olelongrooffan parts with quickly. Yeah, not only was the Halifax MOPAR Club at this event, the Daytona Street Rods Club, as well as the Daytona Mustang Club were, represented at this show. Well, although this olelongroofan got some images of those Club member’s rides also, this post is ALL MOPAR. Usually, I can talk my brother, thejeepjunkie, into attending a show with me but today he was ordered, by his lovely spouse, to move a couple irrigation heads in his pristine yard as some area of it was not sufficiently watered and was getting a bit bare. So, this olelongrooffan was solo, at least for a bit. After the olestationbus was parked, I sauntered into the parking lot full of show cars and one of the first things I saw was this sign in front of ‘The Gentlemen’s Hot Rod’. 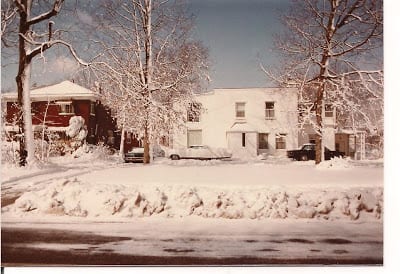 Now you Youngsters out there can probably read it here, but us oldtimers can click on it to enlarge the image. And this oleman is here to tell you it is a sweet machine. 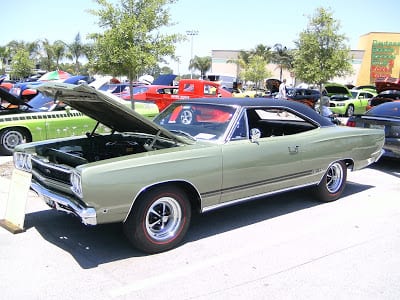 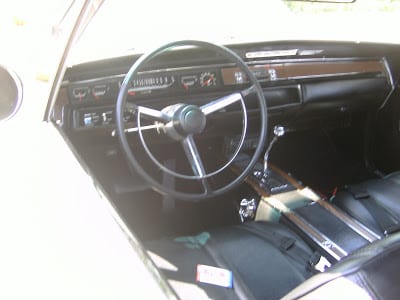 While this olelongrooffan is not really into Muscle Cars, this one is uber cool. 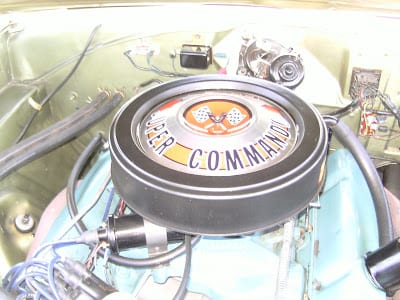 Plus, it has a Super Commando under the hood. Now, this olelongrooffan has this to say about that. Even at my advanced age, I have heard of ‘commando’, but what the h*ll is ‘Super Commando’? But, alas, I digress, once again. And, this olelongrooffan will digress one more time.  Recognize a pattern here? Earlier I mentioned trying to get my brother to attend this show with me. Well, as mentioned, he was busy with his domestic lifestyle and this olelongrooffan was forced to attend this MOPAR Madness solo. Well, as often happens at car shows, if you just communicate with your fellow Hoons, something resonates. And that was the case today. As this olelongrooffan was checking out that beautiful GTX, I was approached by a fellow Hoon and he inquired if I was the driver of that olestationbus. I responded in the affirmative and he mentioned he owned a 1964, although an Econoline, version of my olestationbus. Now, Hoons, there aren’t many of these sweetie’s around and to find another owner is a real treat. The best part, he has owned it since 1972 and it was a real hippie van back in his day. Yeah, Kevin, (last name not revealed on purpose) used to have a bunch of his buddies over and they would, as was done back in the day, partake it up and then apply rattle can spray paint to the body of his old hippie van. Not that this olelongrooffan ever participated in that kind of behavior. Anyway, that formerhippiedude and this olelongrooffan just clicked and we spent the rest of the show together. Although he is from state that claims fame to the home of the Rock-N-Roll Hall of Fame, he gets down to these here parts enough that these two end of the Baby Boomer Era boys will in all probability become fellow Hoons to all ya’ll. Plus, he and his 16 year old son just bought another olestationbus! So, the also owning an an old Ford Van Guy and this olelongrooffan guy cruised around that MOPAR show just to see what was happening. But before we Hoons go there, know that this olelongrooffan doesn’t own a HighFalutingStateOfTheArt $3000 digital camera. No, mine is $50 model from Walgreens and my images reflect that. So, here we go with those expectations in place. So, what do you think Hoons, is this post worth continuing? Let this olelongrooffan know. 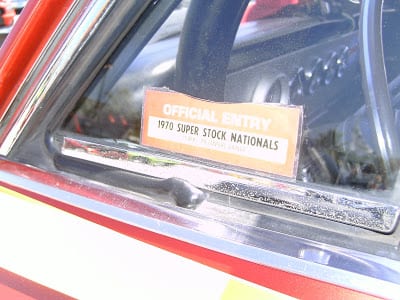