Top Fuel driver Leah Pruett is currently in 3rd place of the 2020 NHRA Mello Yellow Drag Racing series. The entire nitro and noise circus is currently in Illinois and there are less than a handful of races in the season. But the one this past weekend was filled with action and a showcase of how well the safety features of a modern dragster really are built. We learned this with a clear lesson after watching Pruett’s Mopar monster snap in half and then take flight.

The dragster buckles in the middle not long after Leah leaves the starting line. That chassis failure leads to Pruett’s machine heading into the sky and sending her on a terrifying ride. Thankfully, the safety features all work as designed. The driver cell protects her as the chutes immediately come out and keep this crash from heading in more insane directions. And then the track safety workers are out to Leah in short order, but, amazingly, she gets out of the cockpit on her own. She appears a bit rattled but otherwise unhurt. Anyone would be pretty damn rattled by that. Just standing near the starting line of a Top Fuel event and witnessing the cars leave is enough to scramble your brain. 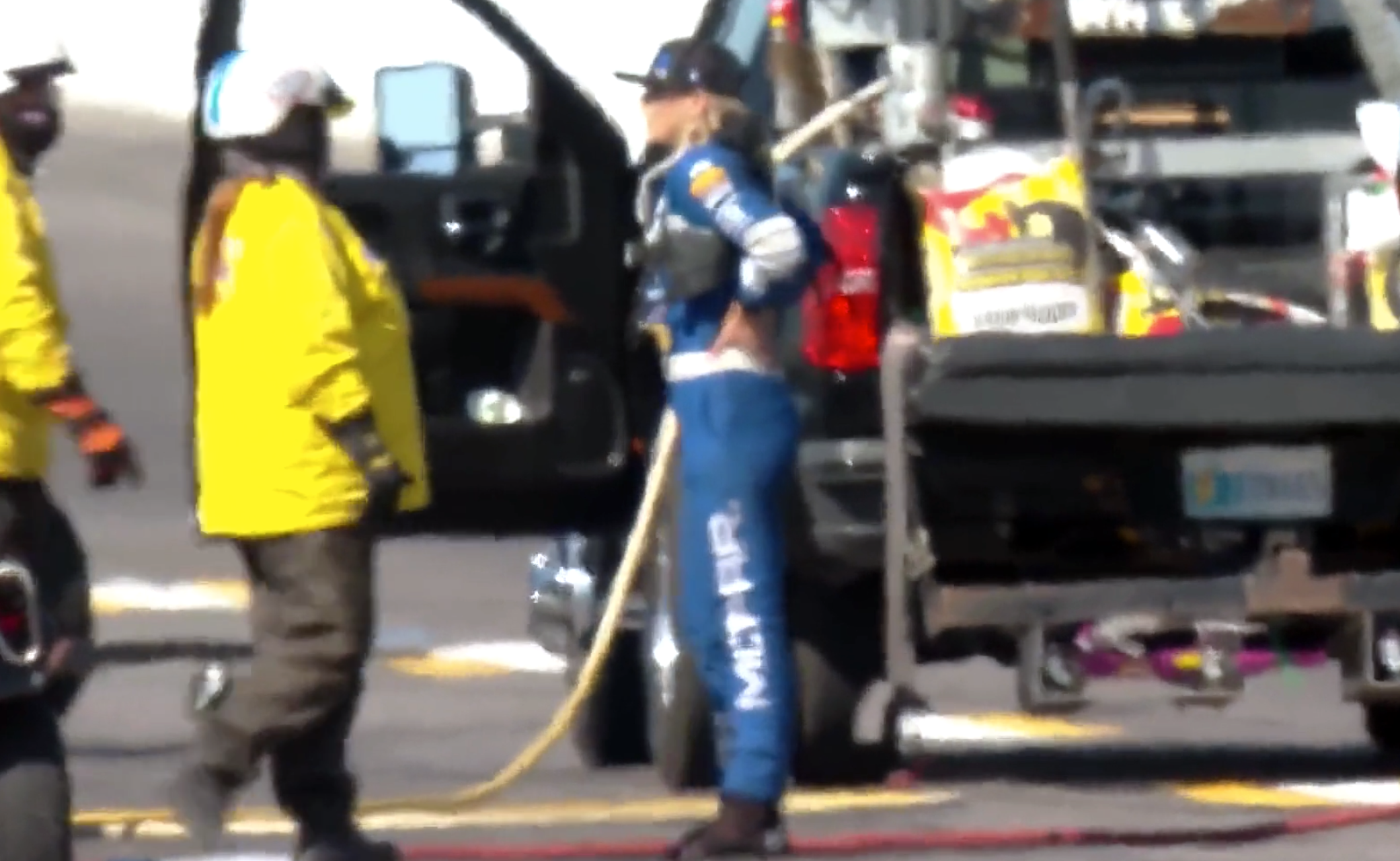 That was a crazy failure, a wild ride, and the only kind of result we can hope for when something like that happens. Hopefully, Pruett is cleared to get back behind the wheel and keep competing for her 2020 podium finish. 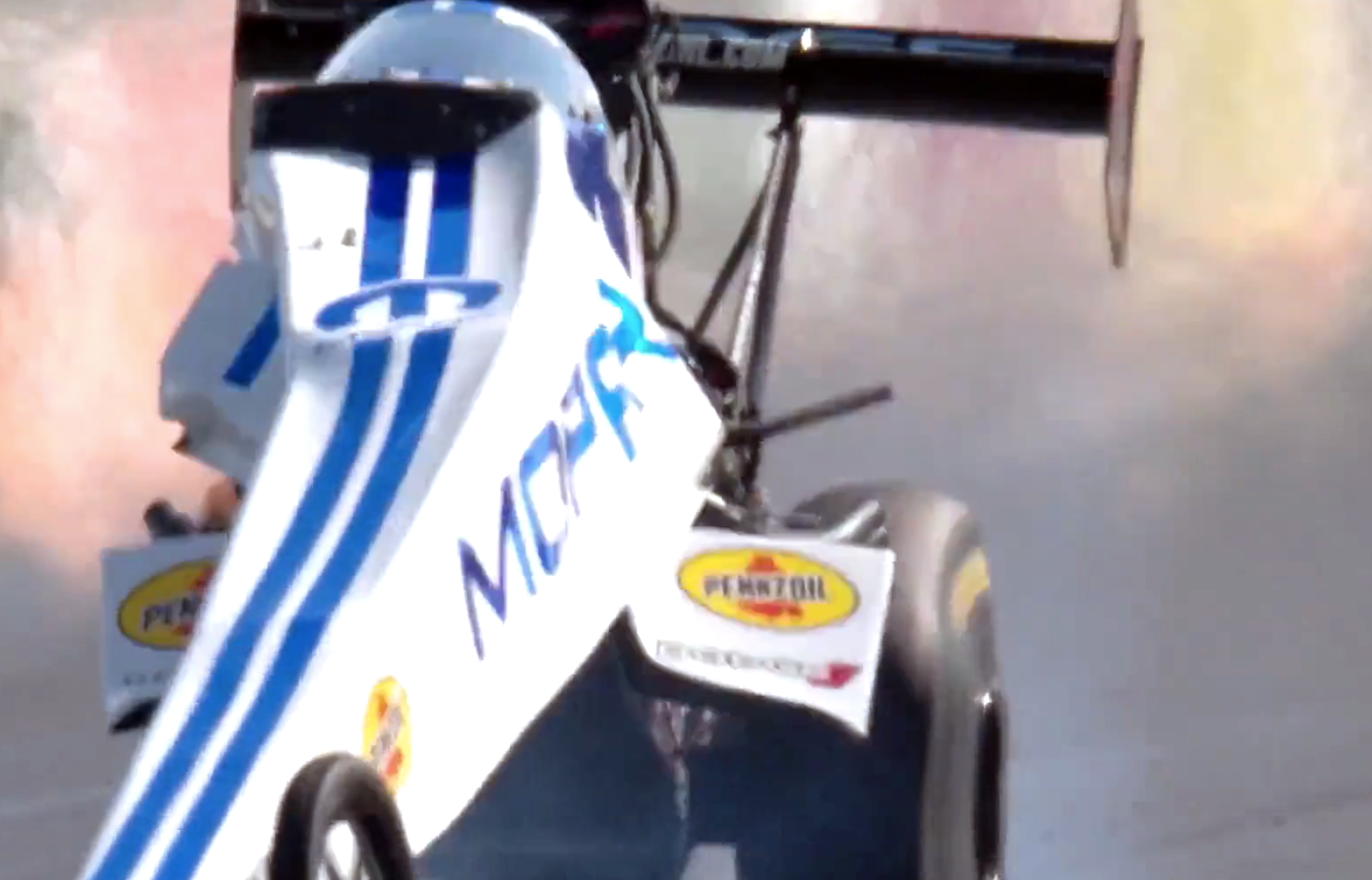