Buckle up, kids: It’s time for Lamest Classics, our fortnightly look at what now qualifies for classic car plates in most states, and we’re starting with a bang.

There aren’t many cars that say mediocrity better than a General Motors J-body, regardless of generation. But if you want real sadness, look no further than the first bottom-up redesign of Chevy’s compact car since 1982.

The 1995 Cavalier comes with your choice of 4-cylinder engines, but the one you really want is the base 2.2-liter pushrod engine — yes, a 4-pot with pushrods, even in 1995. Was there another pushrod 4-cylinder in any other passenger car at that time? God, I hope not. 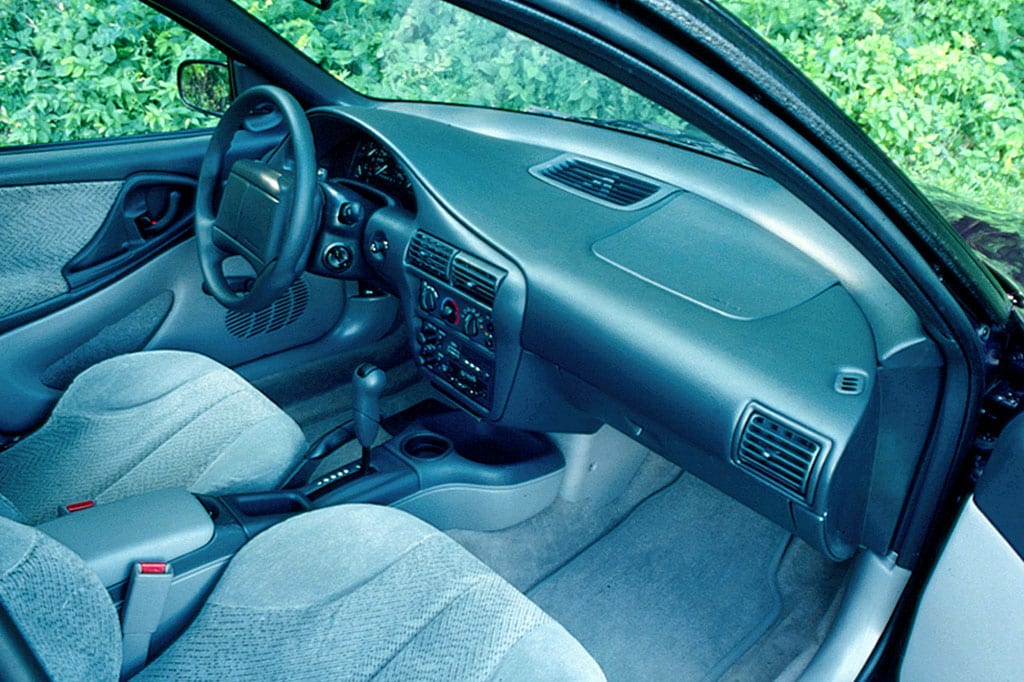 Maybe you’re tempted to suggest that the Corvette still manages impressive specific output (horsepower divided by displacement) for a pushrod engine with 2 valves per cylinder. This is emphatically not the case with the Cavalier’s engine. It’s a coarse and wheezy hunk of iron with an aluminum head. Sure, the 5-speed manual will get you an impressive 37 mpg highway, but you can opt for the 3-speed automatic — also a holdover from the first years of the ‘lier — and get the worst of it all.

This car is an anachronism. You’re well into the mid-’90s but you’re looking at refinement worthy of the Reagan era. Even the twist beam rear suspension was bottom of the segment.

All that compromise and you don’t even get into the cheapest option on the market: The Dodge Neon undercut the $10,050 Cavalier by more than $500. The only reason to buy one of these is if you’ve just gotta have a vehicle from the bowtie brand. 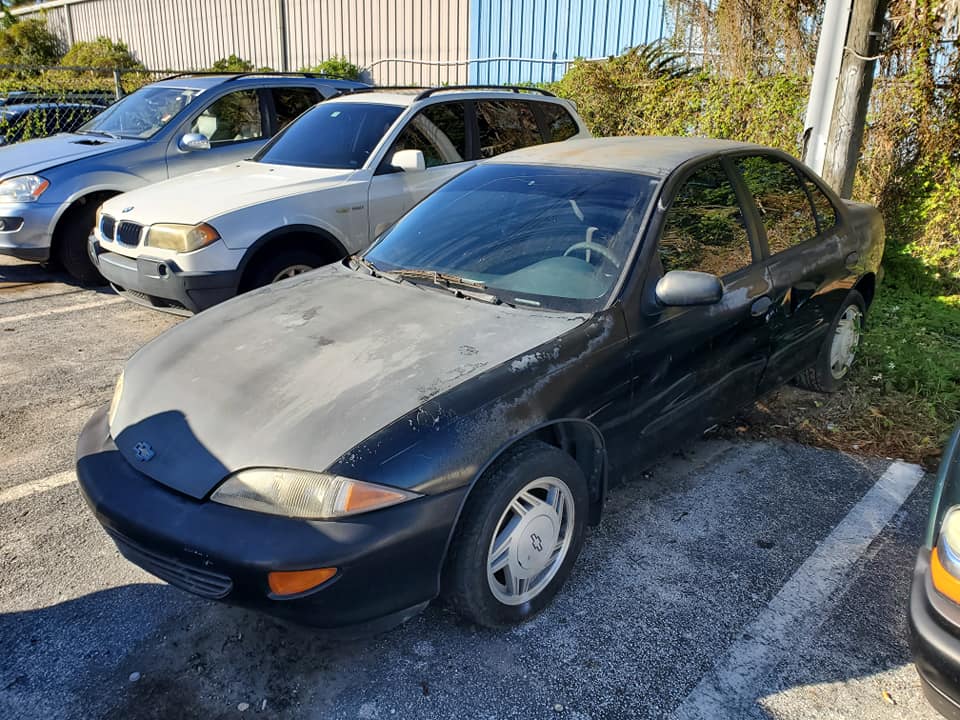 This is a lame classic

So go ahead. Find yourself a base model with an automatic transmission. Look for unpainted bumpers to maximize the misery. Browse the local dirt lots and Facebook Marketplace, but you can probably skip Craigslist. Their $5 ad charge makes it hard to find real high-quality garbage like this. You can probably find a few running examples near you for less than a grand.

Want to really alienate yourself? Get yourself the Toyota-branded Cavalier that was sold in Japan. The JDM kids 30-somethings will still hate you.

It’ll all be worth it just to show up at the Steak & Shake cruise night and park next to the over-waxed Corvettes and F-bodies. After all, the DMV says you’ve got a classic, and J comes after F anyway. That means it’s better.

The Cavalier gets an 7 on the Lamestain Index.