The letters “DSM” have a certain amount of cachet — and a bit of a mixed reputation — in car enthusiast circles. They were fast, they were often broken, and after they appeared in that one movie, poorly modified versions seemed to be everywhere.

In 1995, the now-infamous Chrysler Sebring was brand new, and it was an entirely different vehicle than the car that smeared the name of the famous (but very remote and shadeless) Florida racetrack. The Sebring sedans and convertibles that carried on for far too long weren’t available until 1996, and they were kin to Chrysler’s new “cloud cars.”

But the Sebring Coupe (and its brother, the Dodge Avenger) was Chrysler’s penultimate step to ridding itself of the by then very old K car platform that had brought it out of bankruptcy. It did so by leveraging its Diamond Star Motors friend, Mitsubishi, to build a mid-size coupe based on the Galant sedan — itself a version of the Eclipse platform.

(In case you’re wondering, don’t worry. The LeBaron is coming.) 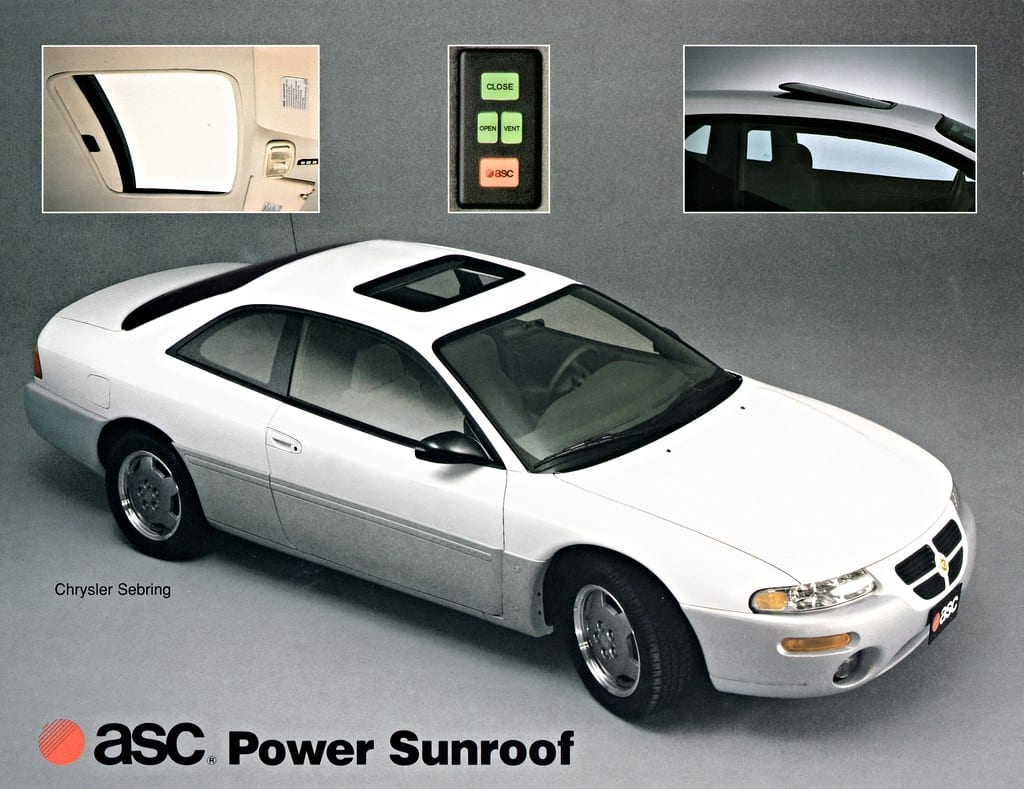 The current Wikipedia page on the Sebring Coupe is a fanboy’s manifesto. There are uncited claims of slalom superiority, some nebulous statement about it handling well on “long curves,” and how the LXi trim even had a rear sway bar. This suggests that it was also available without one — a sad statement about a semi-lux coupe, even if I can’t independently verify it.

I used to own a 1991 Ford Escort. It wasn’t even a nice one. It had no stereo, no air conditioning, no power steering. But goddammit, it had sway bars front and rear. (Pro tip: Don’t Google “nice escort” unless you’re looking for sexy ladies in France.)

This Diamond Star Motors vehicle didn’t use the hot Japanese 4-cylinder of its siblings. Instead, it got a 2-liter engine shared with the Dodge Neon, but in one of the stranger details of the 420A engine, the cylinder head flows in the opposite direction of the Neon’s — the intake manifold is on the firewall side.

Weirdness aside, the 4-cylinder is lame. Who cares about that measly engine when there’s a V6, right? Well… 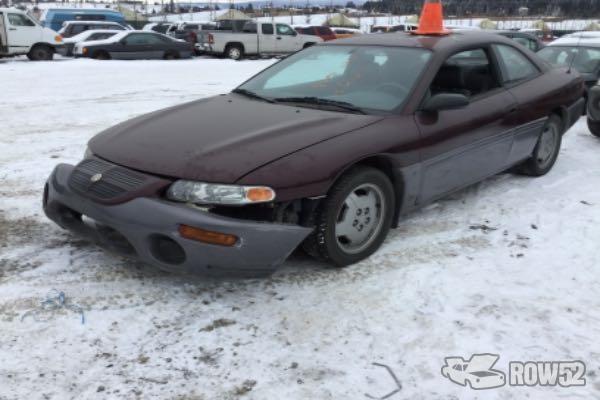 The optional 2.5-liter V6 didn’t make much more horsepower. It was a small-bore version of Mitsubishi’s 6G72, available only in this Chrysler and its relatives. Since the V6 was only available with an automatic transmission — a real deficit at the time, even if autoboxes are much better today — car magazines got the same or better zero-to-60 times with a 4-cylinder and a manual transmission. 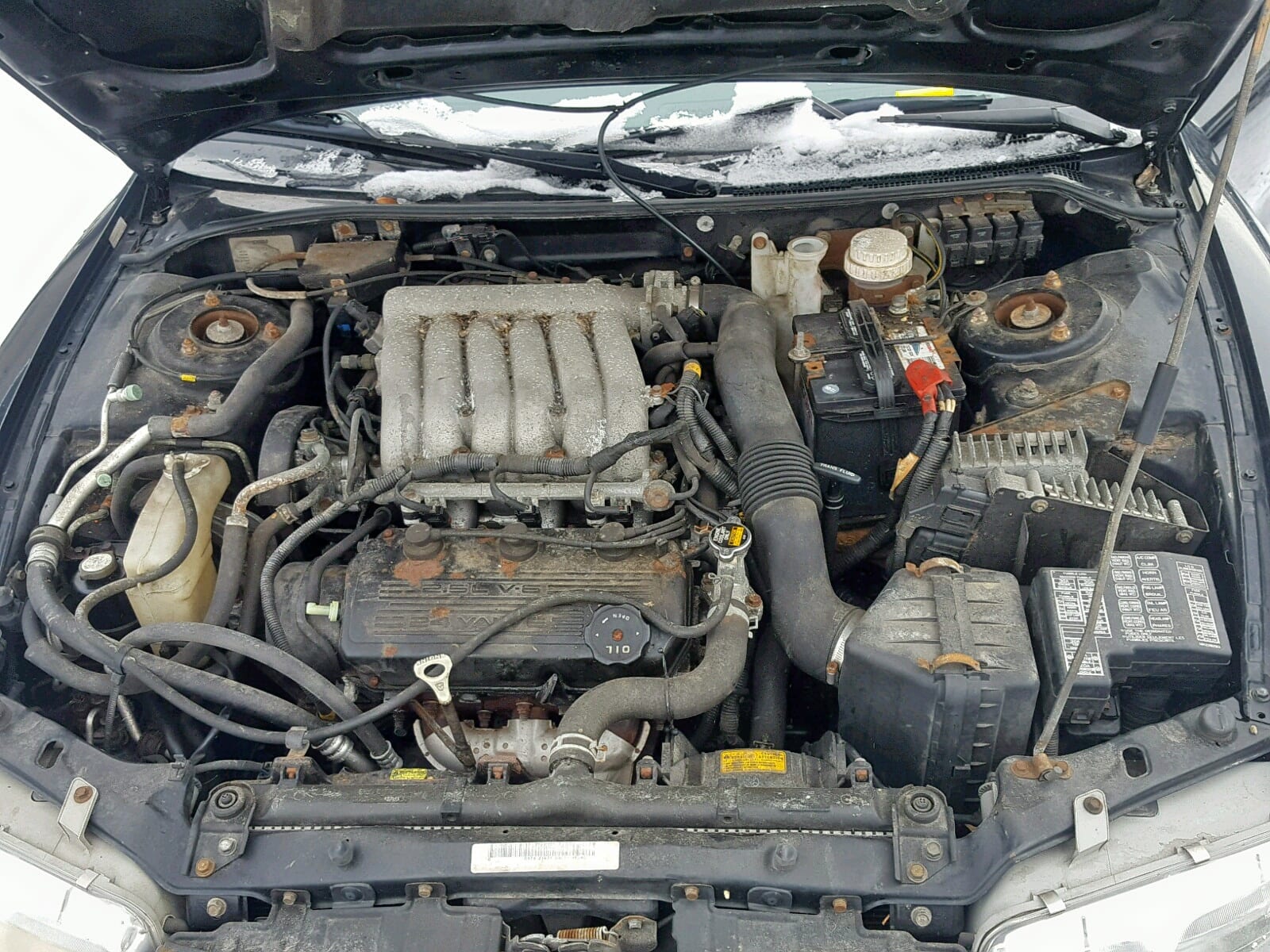 Adjusted for inflation, it comes to around $33,000 today. That’s WRX STI money, though a couple of grand short of a V8 Dodge Challenger. 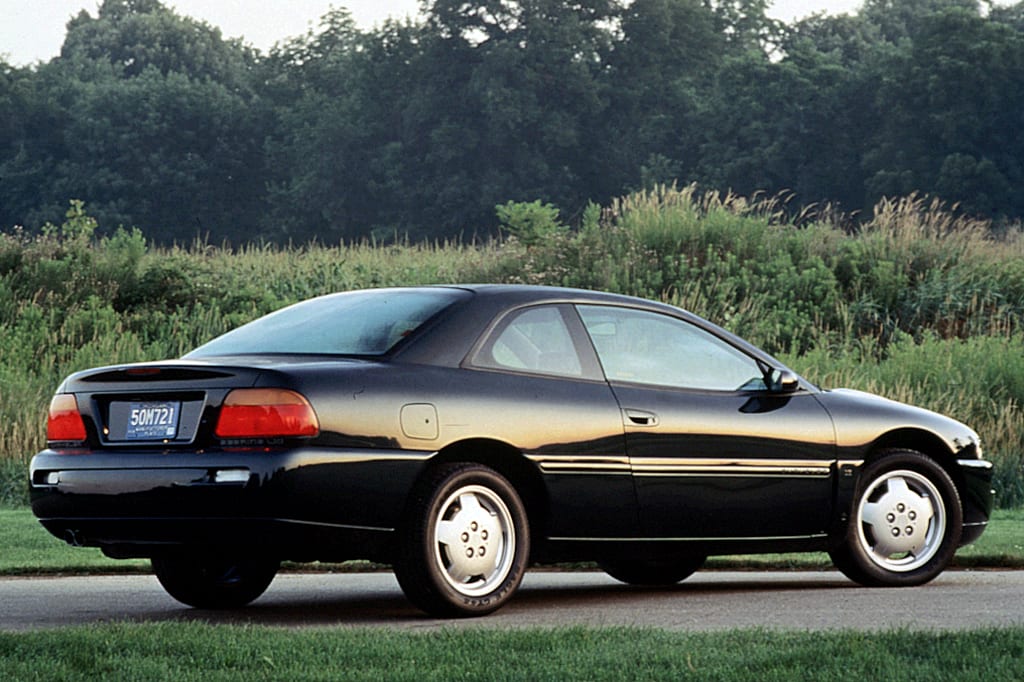 Sure, the Talon doesn’t have much room for the rear passengers or as much cargo space, but why are you buying a mid-size coupe anyway? Get over yourself and buy a doofy Thunderbird if you want an ugly and slow personal-luxury vehicle.

And that’s the rub of it: The Sebring Coupe excelled at mediocrity. It’s too small to be properly luxurious. It’s too slow to be sporty. It’s too Chrysler to be reliable. 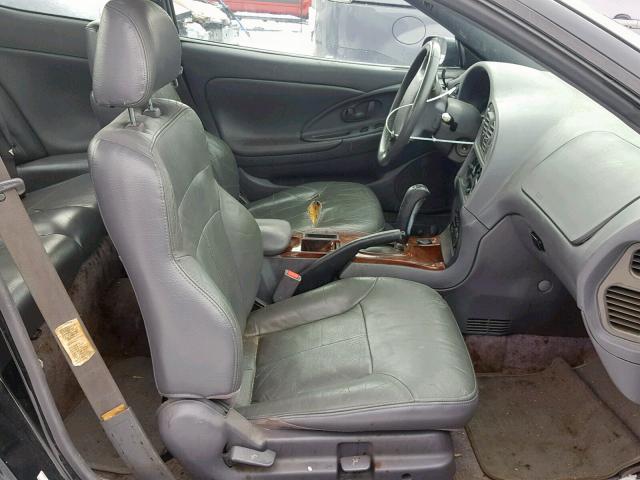 Almost in testament to the car’s blandness, the Sebring Coupe was assembled in a city called Normal, Illinois.

Yes, Normal is a real place. I’ve been there. In Microsoft Flight Simulator for Windows 95, where the default starting point was Meigs Field. That made Body Mass Index (BMI) airport one of the nearest stops outside of Chicago, so if I was exceptionally bored, I’d try to fly there. 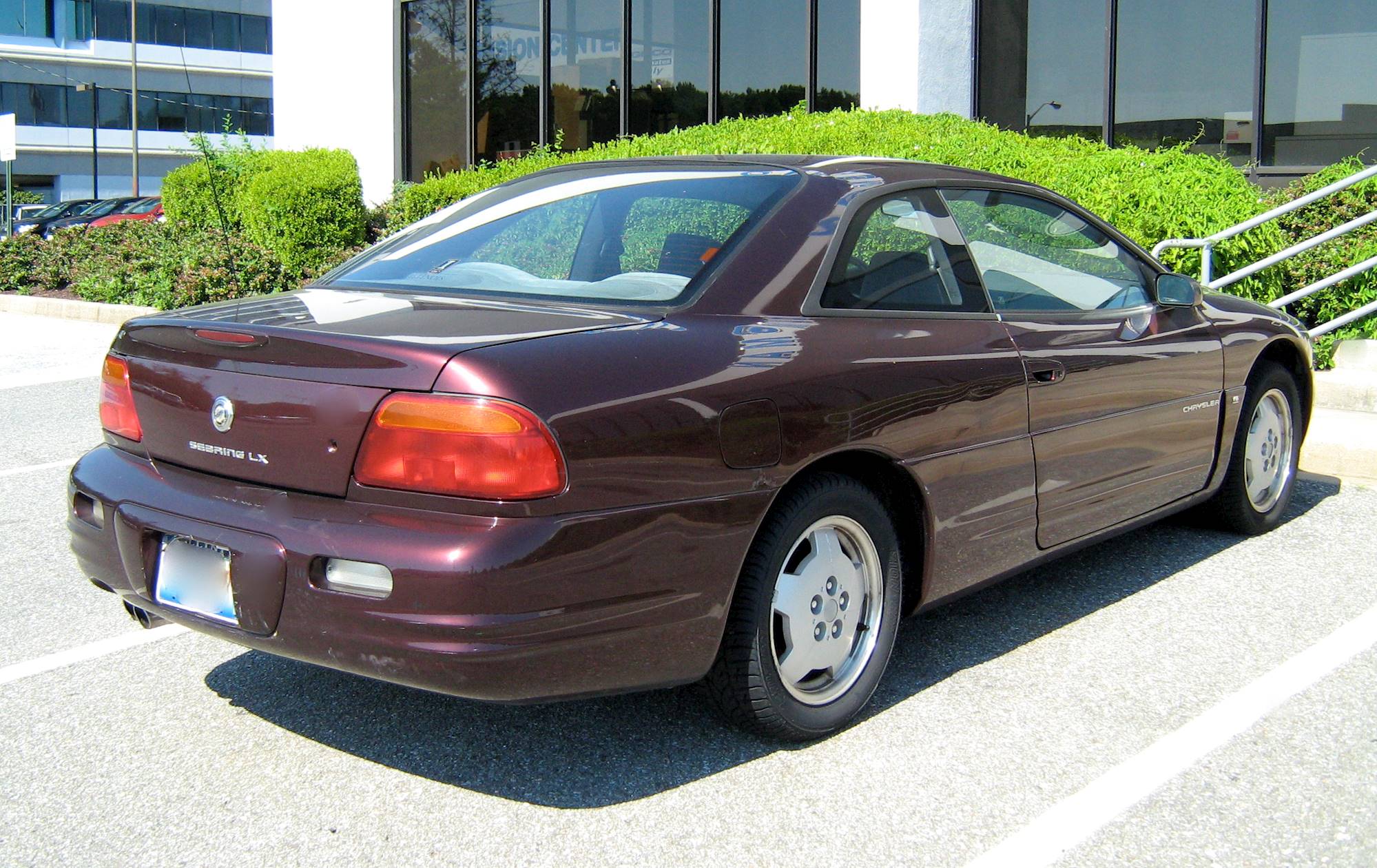 I also drove through Normal probably a couple of times. Like many other semitropolises in corn country, the city is friends with its neighbor, so they’re often referred to as a pair: Bloomington-Normal. Champaign-Urbana. The never-formalized pairing of my alma mater’s home and its sister city, Dekalb-Sycamore. And others that aren’t in Illinois, like Minneapolis-St. Paul, and whatever, who cares.

Get on your favorite internet classifieds and find yourself some of that bulbous Midwestern booty. It might take a lot of searching and patience; I haven’t found one for sale yet. Once you’ve scored that sweet deal and made it legal, take it to the import car shows and tell people it’s a DSM. They won’t believe you, but that’s not important. You know the truth: This thing is a bona fide Lame Classic. Maybe even the lamest.