Holy moly, it’s already almost June and I haven’t even touched Korean cars yet. What a weird time this was for Korean imports.

By 1995, Japanese cars had become well established as reliable (and perhaps antiseptic) alternatives to the Big Three American manufacturers. But it was a battle fought over decades, where the Japanese gained a lot of ground during and after the fuel crises of the 1970s. At the same time, many other car companies tried selling cars in the U.S. A lot of those didn’t succeed.

Alfa Romeo was in its last year. Fiat and Renault were long gone; Lotus had its exotic Esprit, but the dead front-wheel-drive Elan proved a poor alternative to the Miata; Yugo and Daihatsu were so short-lived it’s a miracle anyone remembers them at all. (Fun fact: You could buy a Kia-badged Lotus Elan in Korea starting in 1996.)

Subaru had modest success in the ‘80s but was finally seeing a real uptick with its relatively new rally-bred Impreza. It was also getting ready to launch a subtle ad campaign targeting homosexuals. 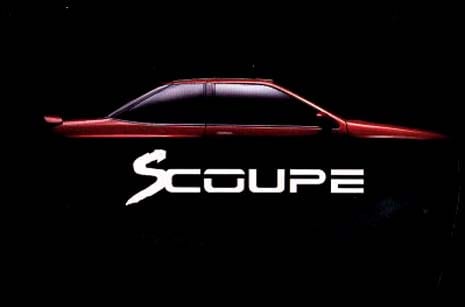 Clearly, bringing a car company to a new country is tough. It certainly doesn’t help when you enter the market with an utter piece of garbage like the Hyundai Excel. The damage that car did to the brand was so steep that it took all Korean brands until nearly the 2010s before enthusiast mags were taking them seriously as alternatives to the established and reputable Japanese brands.

It’s incredible that they cared enough to stick it out.

But in 1995, Hyundai knew the Excel was crap. To avoid a demise like Yugo, they’d been investing in quality and brought their new small-car platform to the world under a new name: Accent. (Fun fact: It was later sold as a Dodge in some markets.)

Their other albatross of a terrible car, the Excel-based Scoop  Esse Coupé  Scoupe, was still available for purchase in dealerships in 1995. It was the last year of this thing, which, starting in 1993, carried with it the first engine designed entirely in Korea. (Hyundai previously sourced its engines from Mitsubishi.)

The Alpha engine started their whole Greek-letter naming convention, and was followed by Beta, Epsilon, Delta, Sigma, and so on. It’s only a matter of time before they create an Alpha-Omega engine for us to worship in two thousand years.

Sometimes my jokes are deep cuts. It’s okay if you didn’t think it was funny. I laughed enough for both of us.

Still, offering a turbo in 1995 was ballsy. Most manufacturers who had dabbled with turbos in the ‘80s had dropped those options near the end of that decade after struggling with longevity issues and finding good passable V6 alternatives.

These first Hyundai engines replaced the Mitsubishi-sourced ones they’d used before. They came in regular and turbocharged 1.5-liters, with the turbo version making as much horsepower as… a naturally-aspirated 1.6-liter Miata. So, you know, the added complexity doesn’t really seem like it paid off. 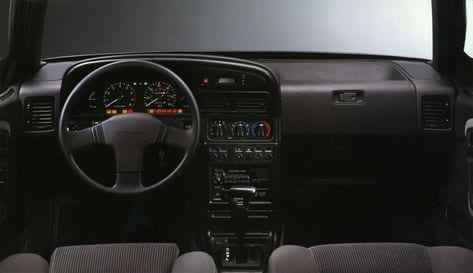 With a 7.5:1 compression ratio, it probably wasn’t moving much of anywhere until the turbo spooled, and with a measly 115 peak horsepower, it wasn’t exactly sizzling under boost either.

Most owner reviews of these cars that you’ll find online are clear examples of survivorship bias. The websites where they’ve left their comments didn’t exist when these cars were new, or even 10 years old. Their comments are about the few outliers that beat the odds, or they’re rose-tinted memories back to more positive times in their lives. 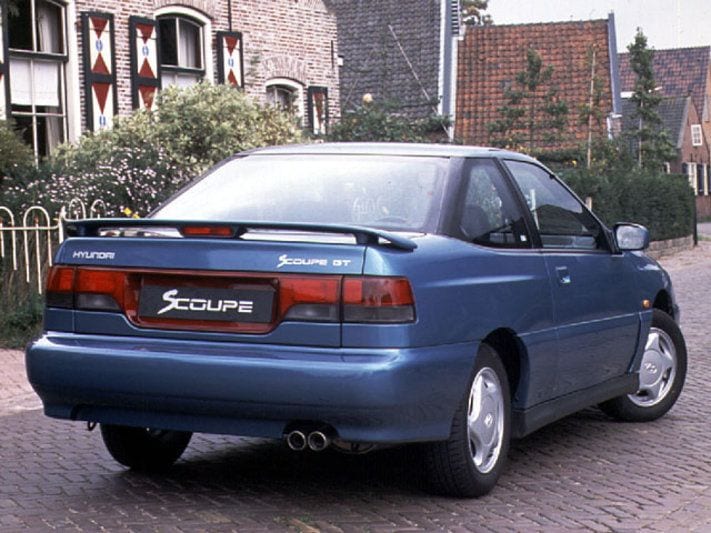 Back to a time when they owned a Hyundai. Back when everyone else thought the brand was pretending to be a car worth showing off, like the Honda Accord.

I’ve browsed Facebook Marketplace and Craigslist all over the U.S., and though there are a handful of Excels, I’ve found zero Scoupes for sale. The only results are for the occasional Haynes repair manual and really aggressive keyword spammers. 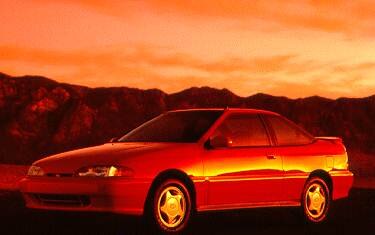 If you can find a turbo model — those were only available with the 5-speed manual, like a proper sports car — you’ll be in a very exclusive group. You’ll have something few others can claim. Something more exotic than a Bugatti. Hell, there are probably more Shelby Cobras still in existence than Hyundai Scoupes.

So, once you find one, I encourage you to treat it like the worthless priceless treasure that it is. Care for it. Restore it. Wax it. See if you can find a museum to buy it. 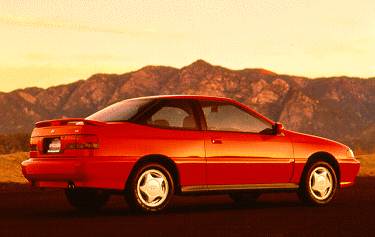 And, when they laugh you out the door and stop answering your calls, don’t fret. You know the truth: It’s right there on your license plate, as decreed by your state government.

You own a genuine classic.

The Scoupe gets a 5 on the Lamestain Index.