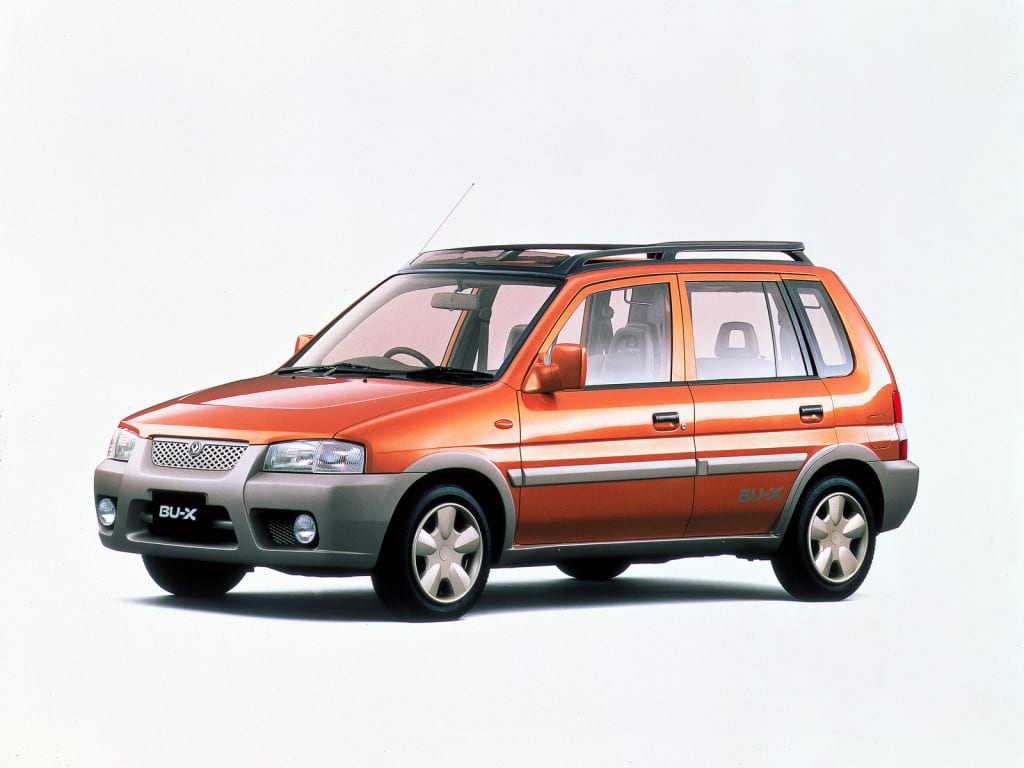 Mazda also produced a fairly similar car to the Starlet Remix, called the Demio. Most everyone who spent their teenage years holed up in their bedroom, getting to grips with Gran Turismo, became familiar with the Demio, as it was one of the starter cars on the path to Pikes Peak Escudos. The Demio was preceded by a showcar called the BU-X, in the ’95 Tokyo Motor Show. The sheetmetal was identical and only the detailing was dolled up for show purposes. 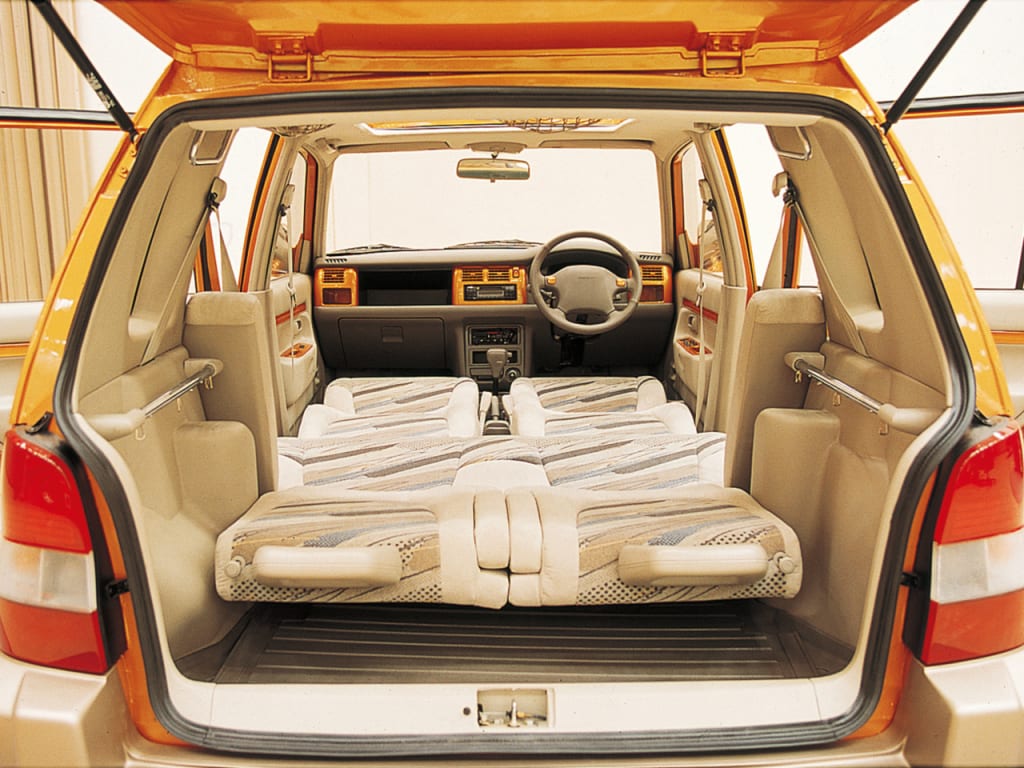 Look at the wide expanse of beige space! The body-coloured dashboard even looks good, and that is a rare occurrence. 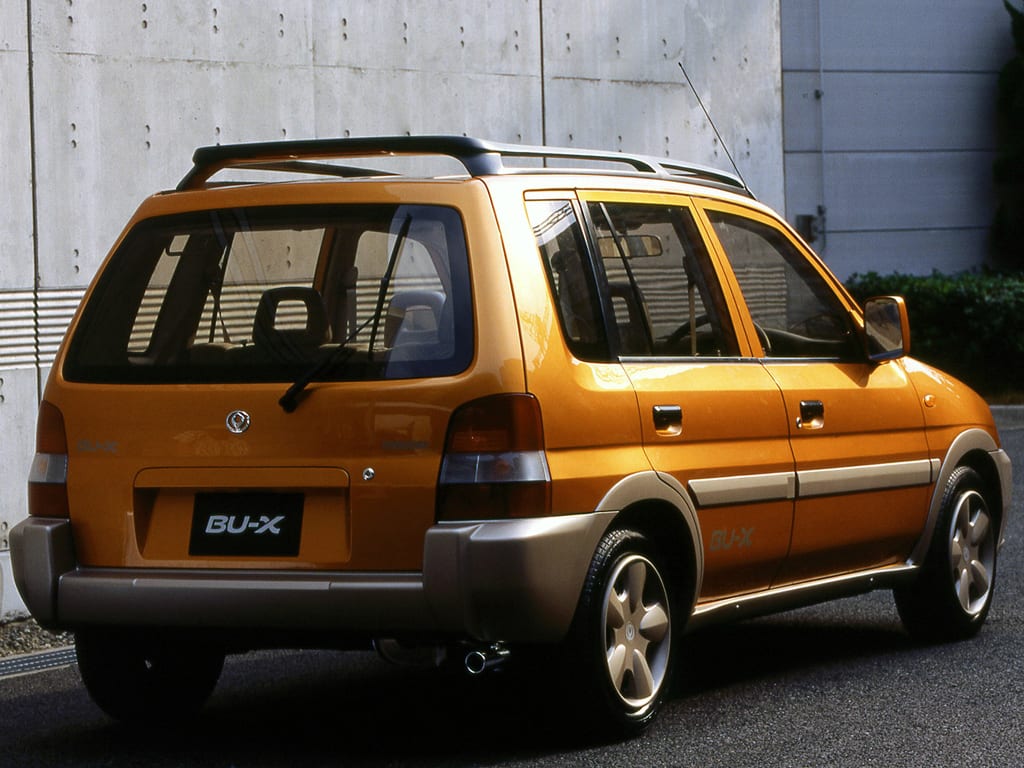 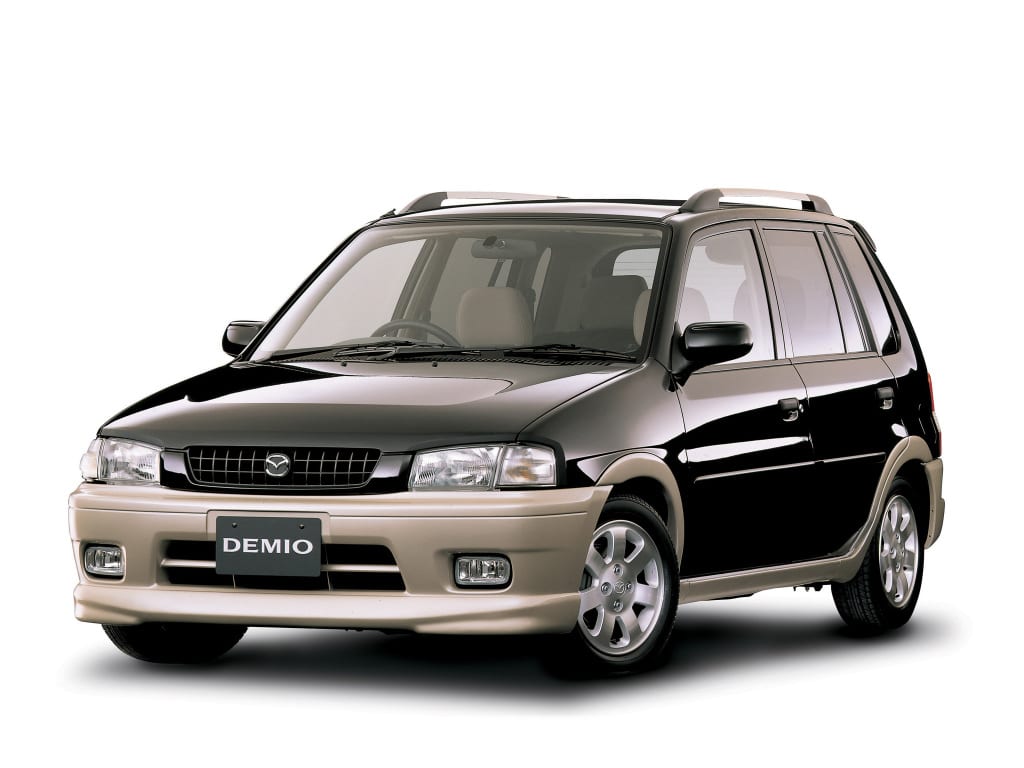 The consumer-issue Demio received smaller mirrors, but didn’t necessarily skimp on body cladding. There was no hot version available, only a choice between 1.3 litres and 1.5. 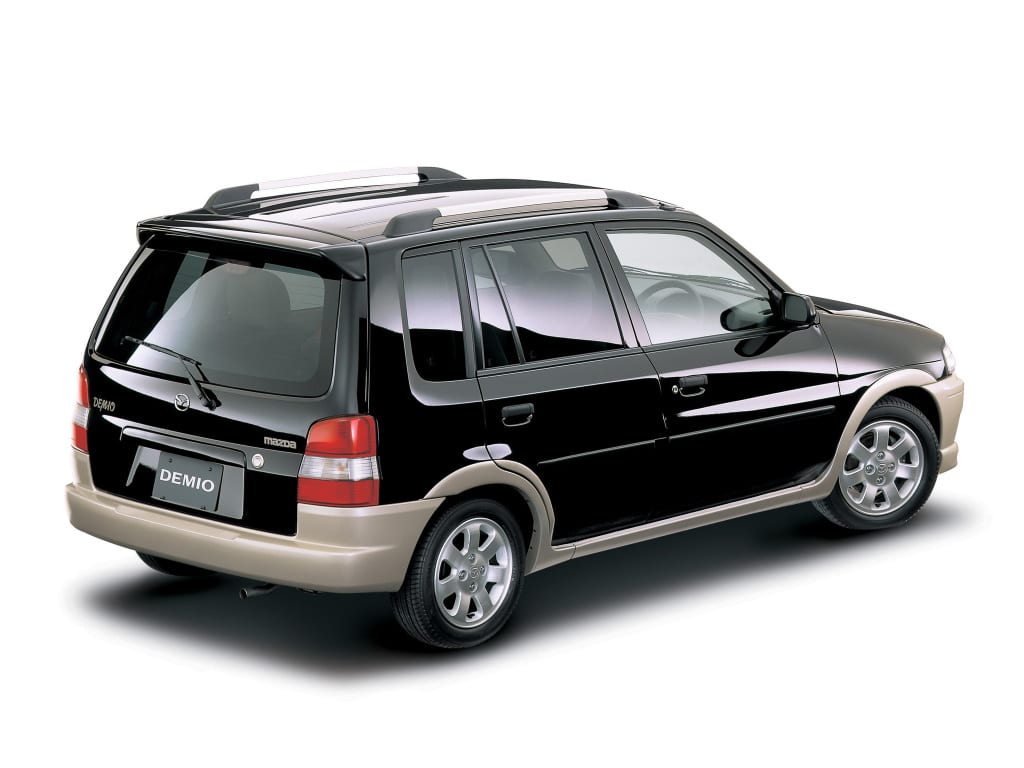 Still, I’m not immediately offended by the perceived dullness of the Demio. It would be a perfect counterpart for a Miata, when you would actually need to transport something bigger than a suitcase. (I’ve been hauling wheels with my NA, and it’s not really convenient even if it gets the job done.) 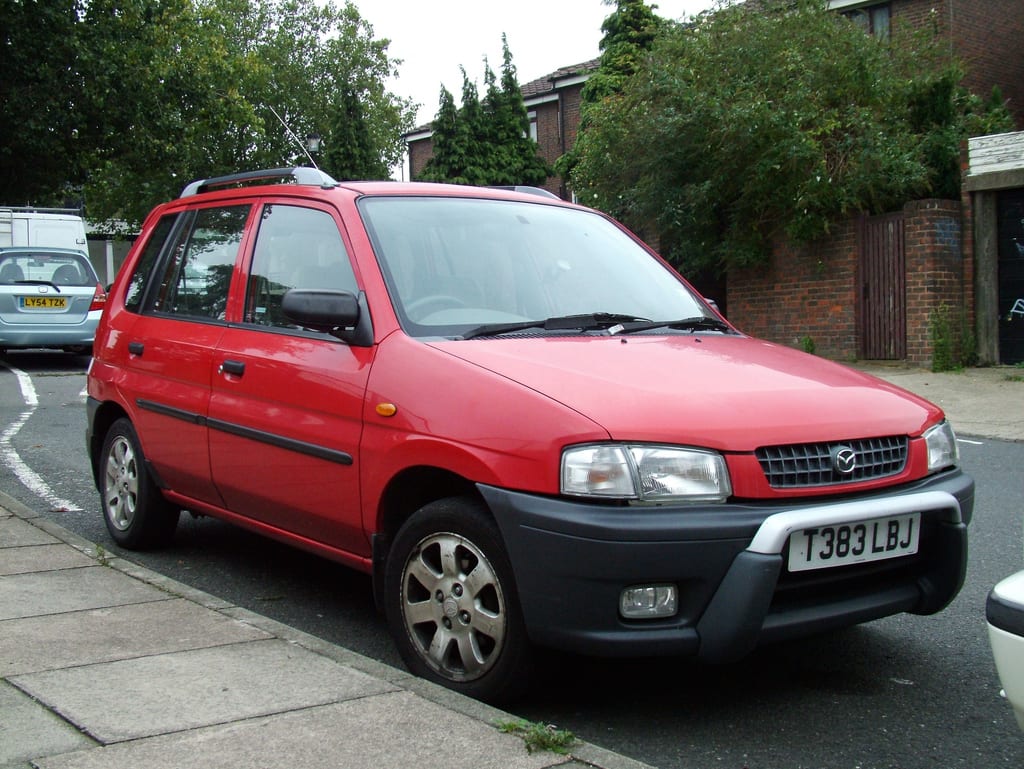 In the UK, the Demio often gained a bullbar to make it more butch in appearance. This might have been the only way for it to stand out.