Is it time to drop in-house infotainment?

I jumped into one of Infiniti’s sedans earlier this week after hearing something atrocious and had to experience it for myself. A brand new 2020 model Q50 in a beautiful pearl white paint job sat in the company’s section of floor at the LA Auto Show. Infiniti turns 30 this year, and to celebrate, they have launched the Edition 30 model line. According to a recent press release, the Edition 30 model line is comprised of specially equipped vehicles that highlight the company’s 30-year legacy of forward-thinking design

[Editor’s Note: I’ve spoken to Infiniti. The car on the stand was an early pre-production model. It wasn’t there to show off the system, but to serve as a visual example of interior and exterior styling of the vehicle. On a pre-production vehicle, not every bit is going to work correctly. Which is why the issue cannot be replicated by Infiniti on their production models.]

Nothing appeared to be immediately wrong with the car when I jumped in the passenger seat. The car is comfy, beautiful even, but the user experience with the car was completely unacceptable as I was told by fellow Hooniverse contributor, Matt Formica. Matt told me to turn up the volume in the car; a simple task, no? So I gave the knob a good turn. 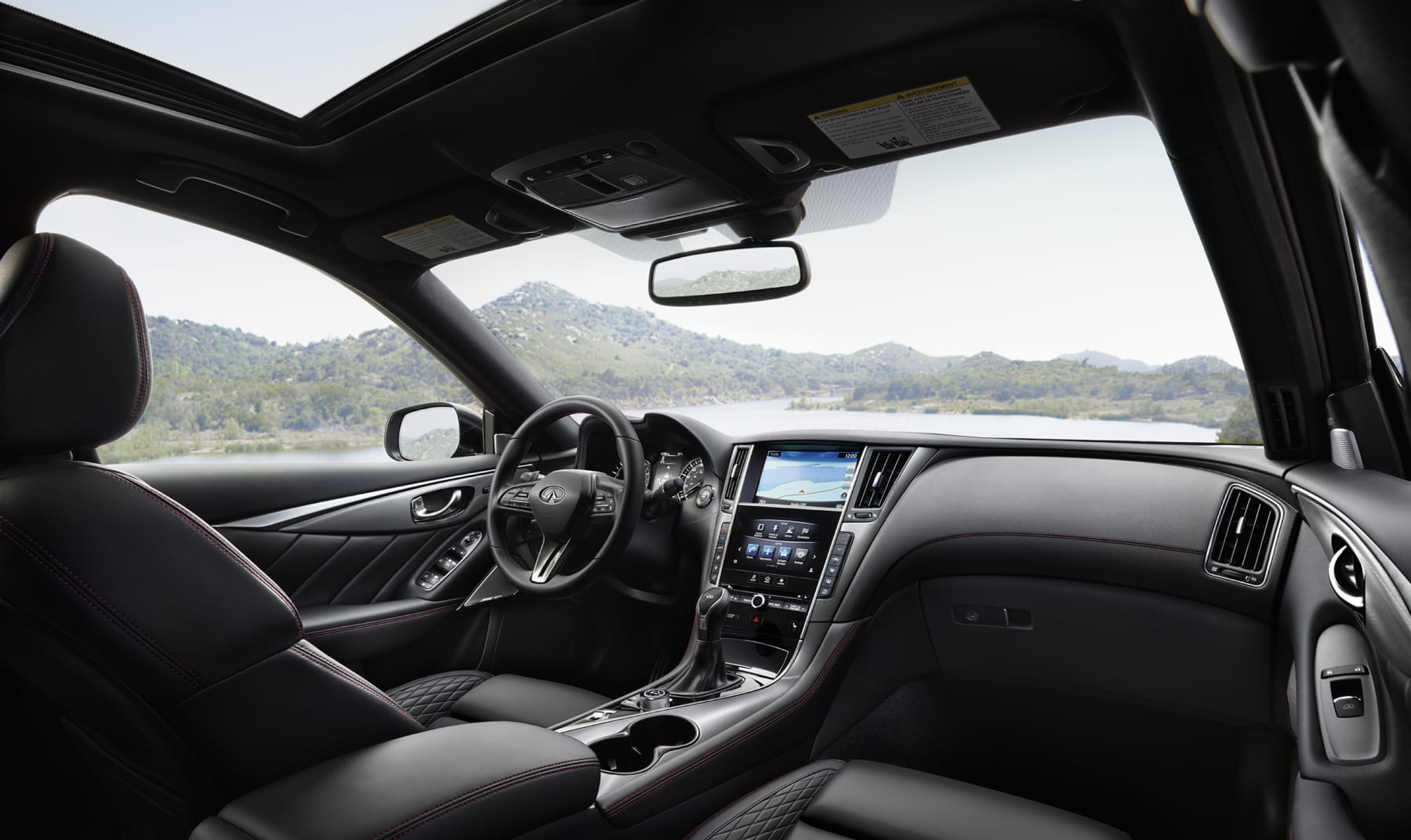 After receiving significant updating for the 2018 model year, including a refreshed exterior and interior appearance, the popular INFINITI Q50 sports sedan enters 2019 with a streamlined model lineup and the addition of standard Forward Emergency Braking and Predictive Forward Collision Warning.

Nothing happens. Two seconds pass. Still nothing. Three seconds pass. I press the knob down believing the system to be muted. Nothing. More time passes and I turn the volume up further. By the time the tenth second arrives the volume is now at a painful, almost deafening level. I quickly realize what has happened and turn the volume down.

What felt like a small eternity went by before the system finally mutes. I hop out of the car and a representative ends his conversation to ask how I like the sound system. I reply with something along the lines of it certainly being loud, but held back remarks of the infuriatingly long latency of the infotainment system.

How could someone miss this? How could we be in 2019 and be accepting of this level of technological ineptitude? It was as if the system cannot handle two things at once. Automakers often disable certain systems at these shows, that’s not uncommon. So I asked that Infiniti find some cause for this system to absolutely fall on its face. This isn’t 2007; either let Silicon Valley take over vehicle infotainment systems, or get that stuff together yourselves.

Thank goodness I don’t have to deal with that for a week. I would have sent it back to the press fleet. If this isn’t the case, feel free to correct me by handing one over, but no customer today should have to live with that after paying $50,000.

Hooniverse reached out to Infiniti’s communications team for official comment and is waiting to hear back.