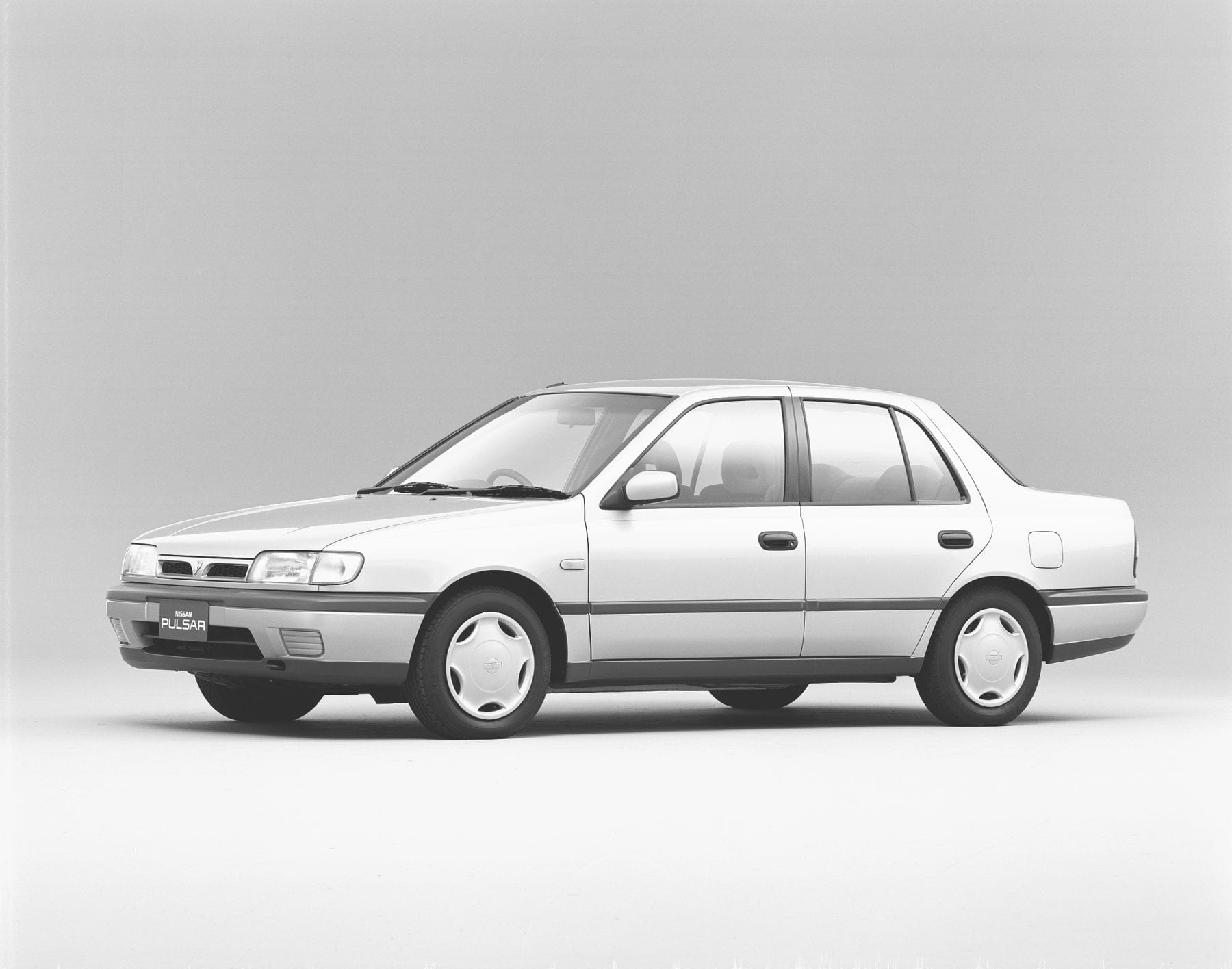 A friend of mine has a pretty straight-forward approach towards commuter cars. For winter, his idea is to buy the Nissan Sunny that offers the most value for his money – namely, the longest valid inspection for the least initial cash. He will then proceed to drive the car to the ground or until the road legality inspection runs out, whichever comes first. The idea has been taken as far as to create a currency based on Nissan Sunny values: since beater Nissans are so plentiful here, they can be bought for simply a couple hundred euros. If I suggest another, more expensive car for his winterbeater duties, he’ll most likely respond “But that’s at least a couple Sunny’s worth.” It’s also noteworthy he’s taken a liking to the rounded N14 shape Sunny saloon, as they are more disposable than the already-cool, sharply designed ’80s ones. The underbody is usually quite rusty and the rear wheelarches and wheelwells have as much Bondo in them as is physically possible. But, in addition to churning out soulless 1.4-litre Sunnys by the boatload in several countries, Nissan also created the GTI-R version from the three-door hatchback. Under the bulging hood was a turbocharged 2.0-liter engine producing 227 horsepower and distributing it to all four wheels by an ATTESA all-wheel-drive system. It could reach 60 mph in five seconds something and hit 140mph, which is certainly far removed from the humdrum family saloon’s abilities. It could well be the biggest single turnaround within one model series, especially considering the bodyshell is still very much a regular-issue Sunny, albeit surely strengthened. 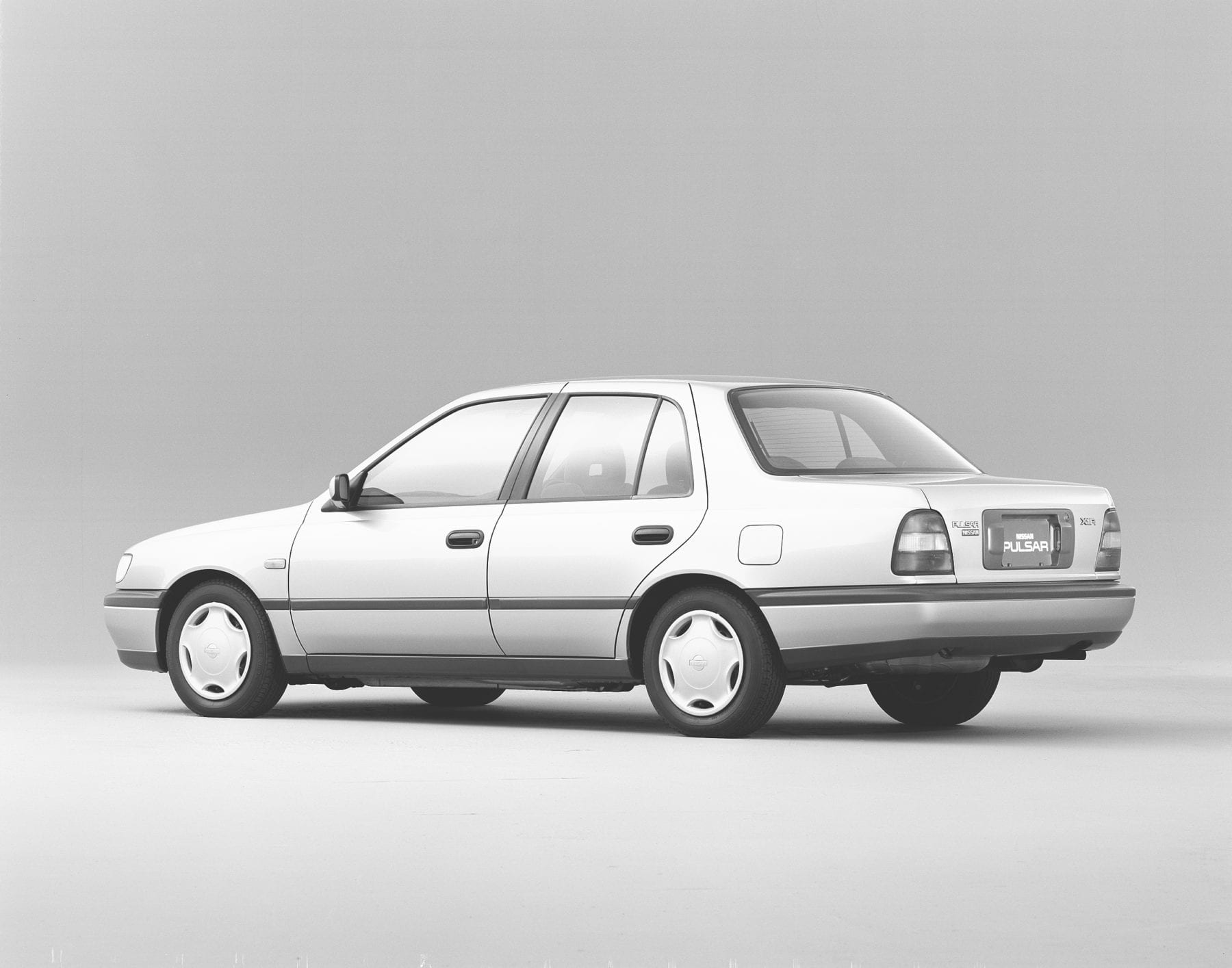 I mean, I don’t exactly hate the saloon Sunny as it stands. It’s a perfectly reliable car, and the dumpy design almost looks balanced in these shots provided by Nissan. 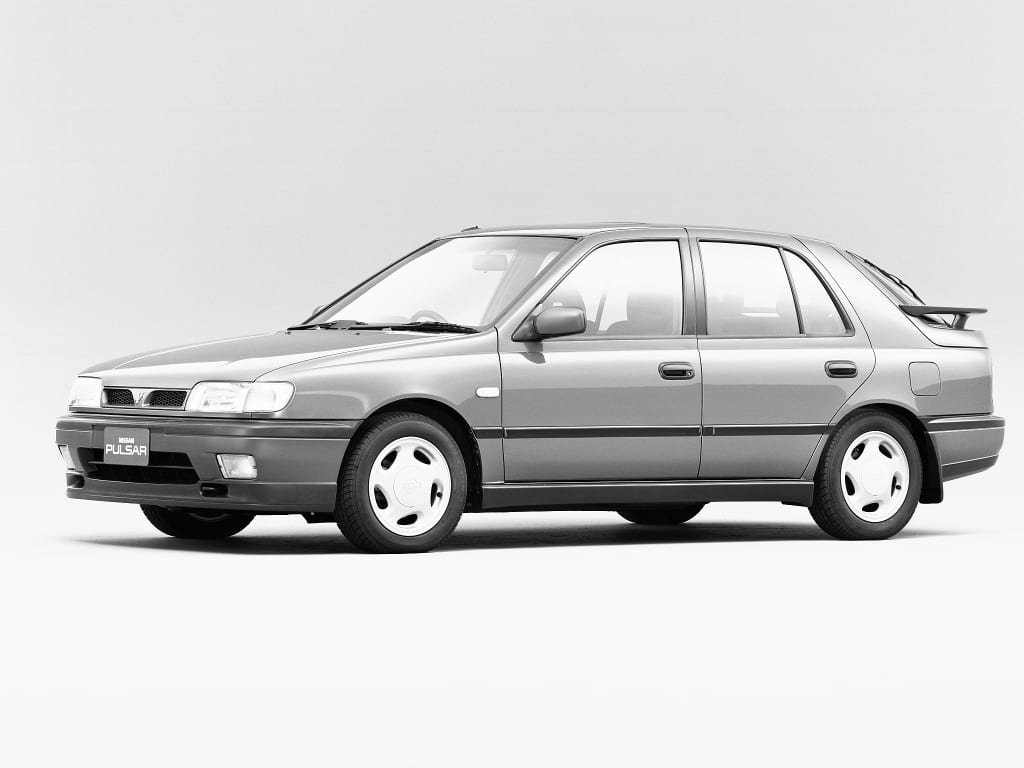 The five-door hatchback looks perhaps a little sportier, but there wasn’t much to back up the need for that rear spoiler. 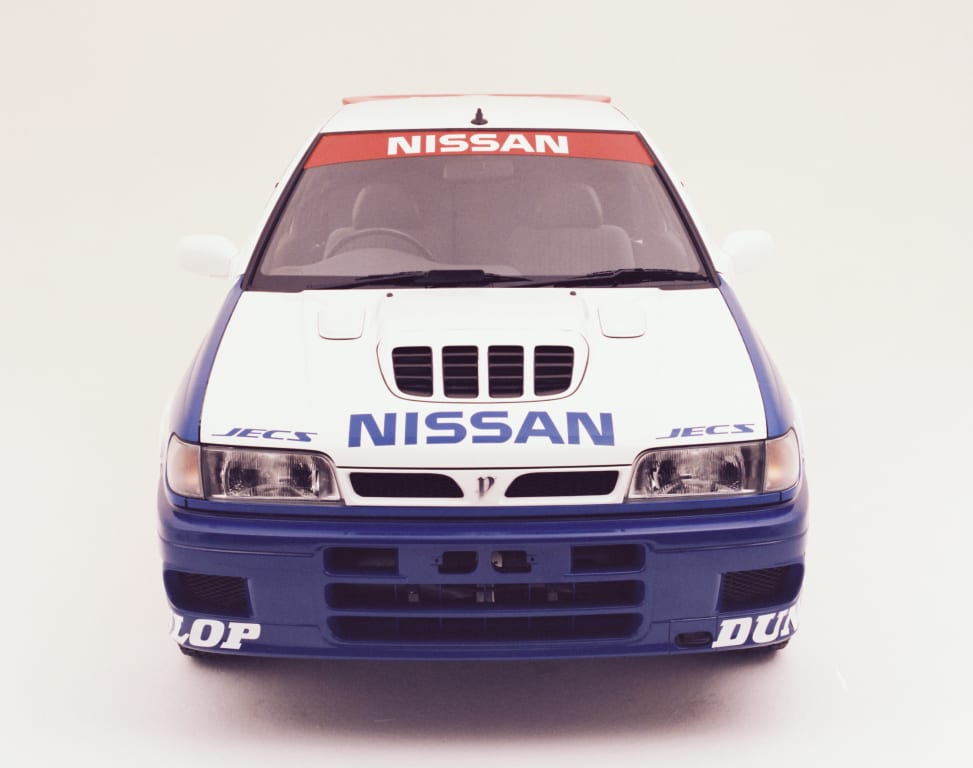 But now, we’re talking. It’s like color photography was invented. 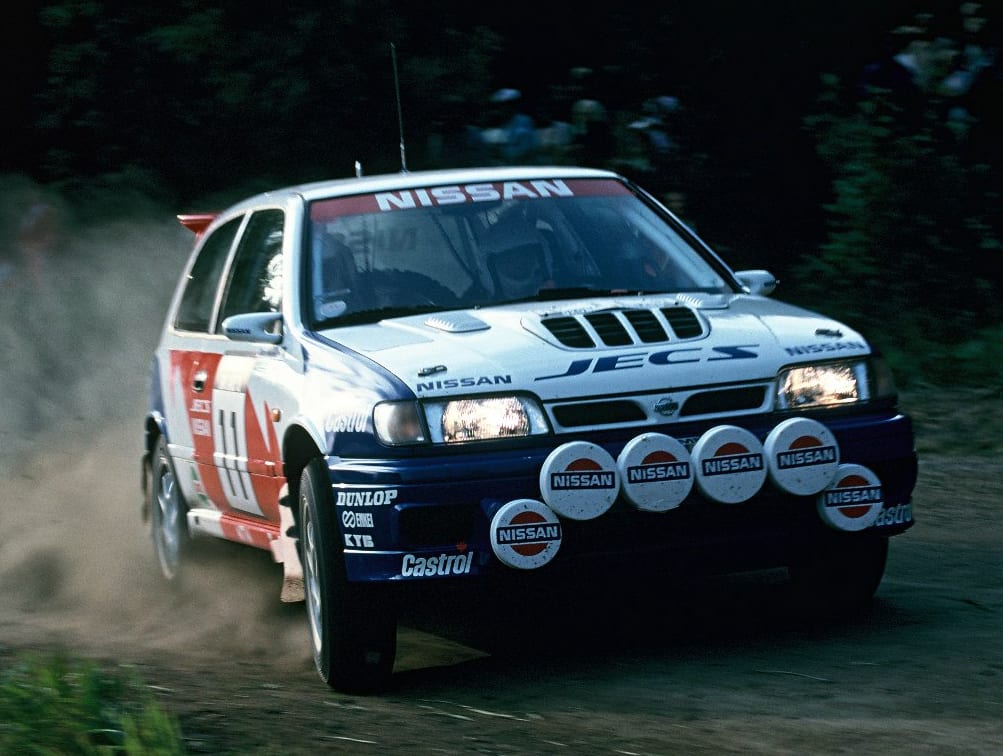 The transition is not quite unlike the difference between Smash it Up Part 1 and Part 2 by The Damned. I don’t know whether any Safari rally specimens were nibbled to death by an okapi, though. 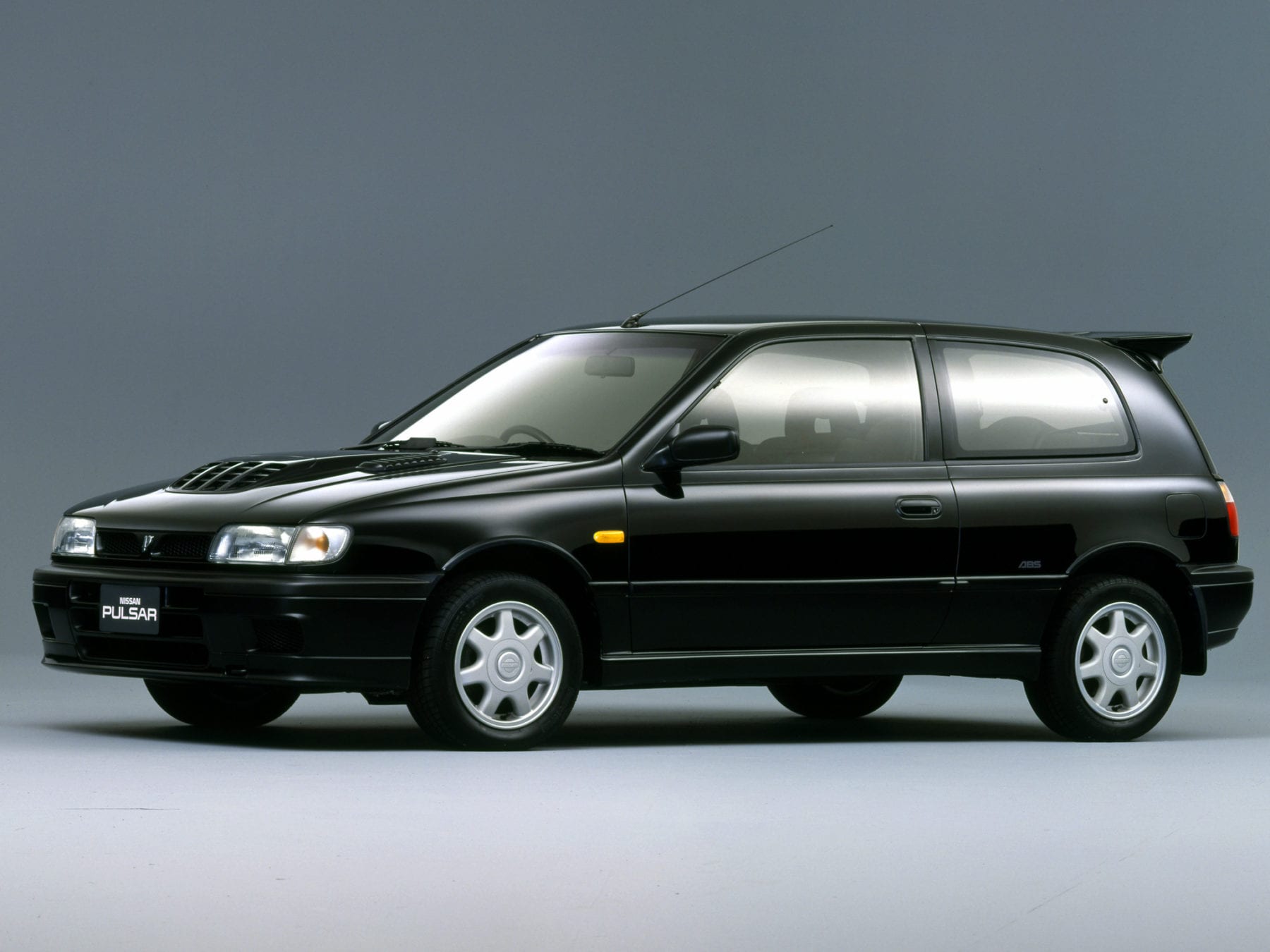 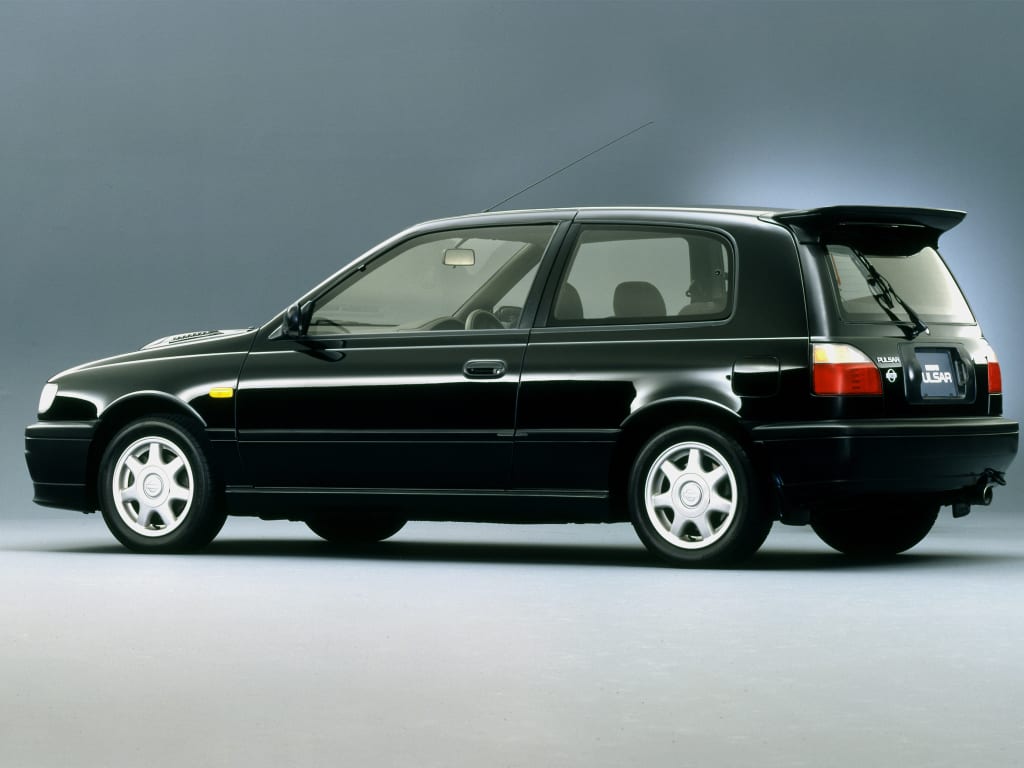 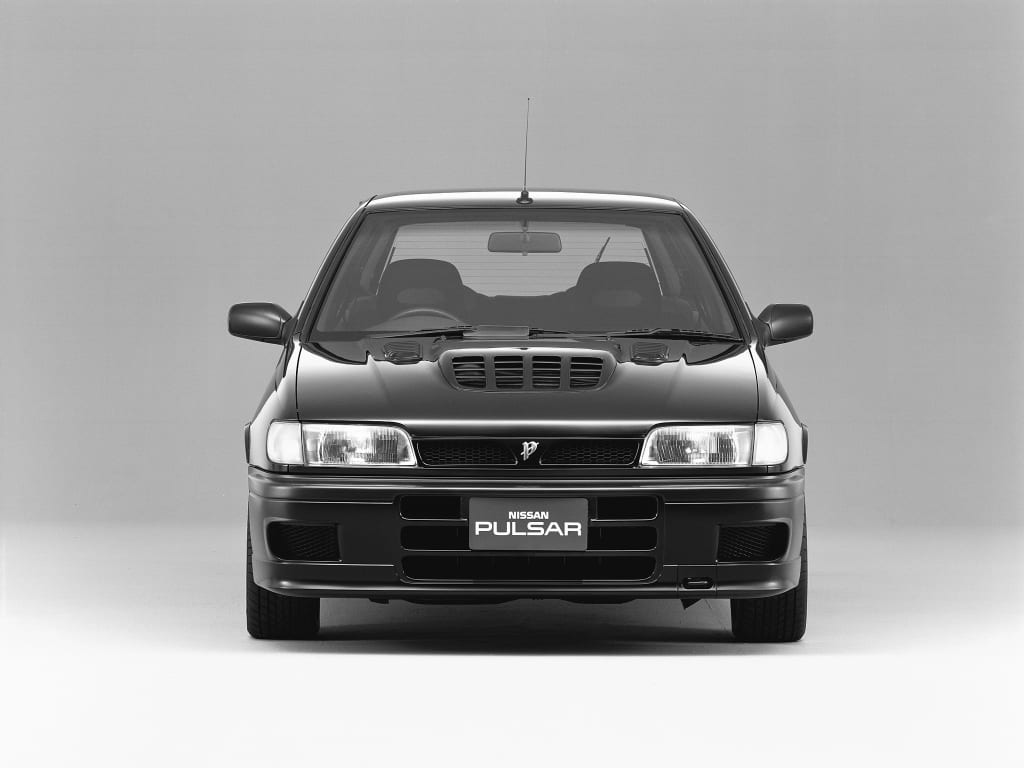 The Pulsar GTI-R might even be one of the great 1990s hot hatch designs, at least visually. 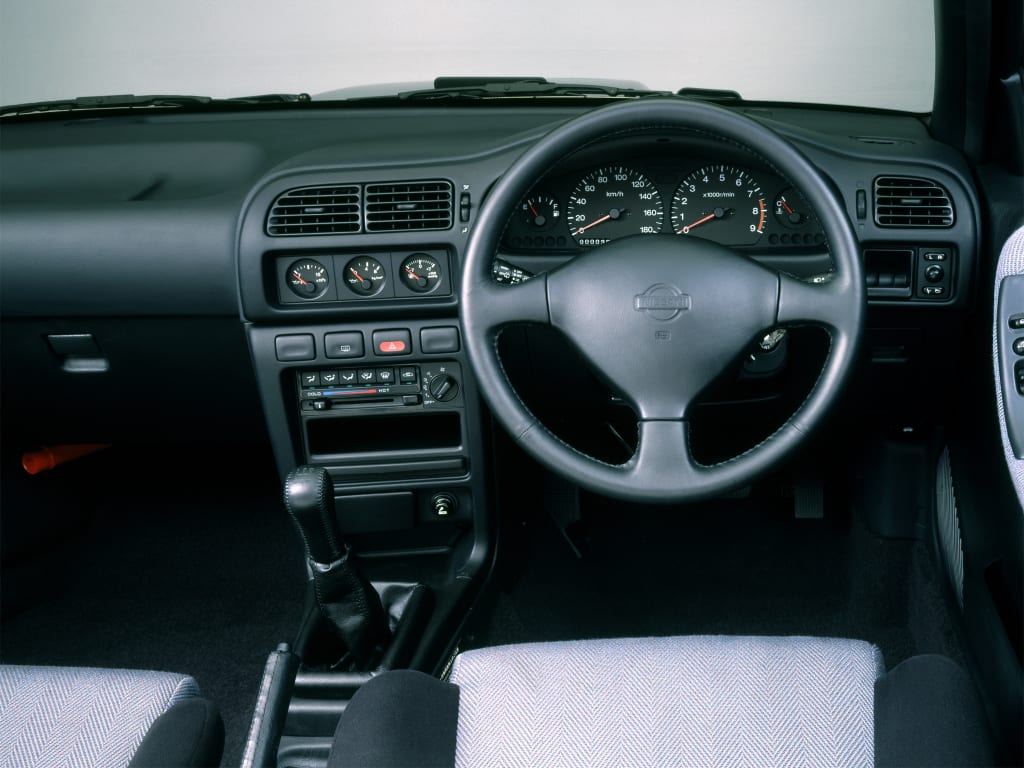 The interior, of course, is pretty much directly lifted from the standard issue cars. Other than the seats and the auxiliary gauges, I see no changes to the basic layout. Even the speedometer goes to “only” 180 km/h, thanks to Japanese top speed restrictions.