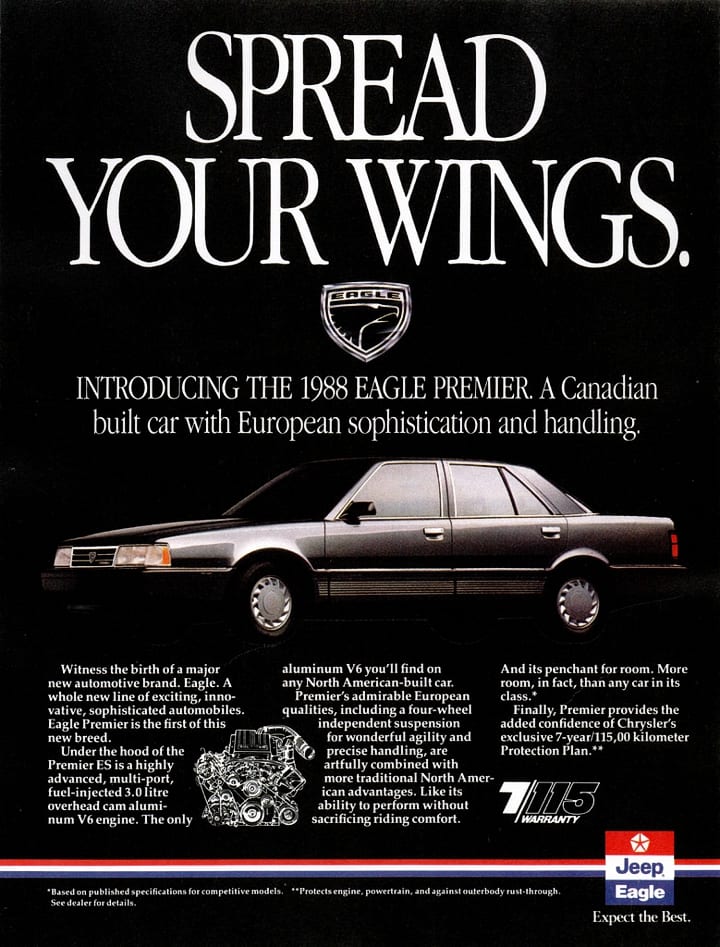 When Renault sold Jeep to Chrysler in the late Eighties the agreement hinged on the latter taking a bunch of unloved cars and engines too. That resulted in that Nineties fad, the Foster Family brand. Just as GM had Geo, Chrysler had Eagle, and that was a hot mess of leftover AMC/Renaults, Mitsubishis, and some home-grown iron. The top of the heap upon the brand’s introduction was the Premier, a Giugiaro-designed riff on the Renault 25. Built in Ontario Canada—which made its name kind of funny—the Premier soldiered for the marque for five model years, seeing both upgrades over that time and, in 1990, a sibling in the Dodge Monaco. A total of about 120,000 Premiers were built over that time, and I’ll bet today you’ll not find a single one on the road, either here or in Canada. Image: Flickr