How The Five Liter Mustang Craze Was Born

This one is funny, because not only did I know all the players, some were and some still are friends.

Back in 1987, there was this crazy car magazine, kind of underground called Cars Illustrated. It was everything Hot Rod and Car Craft was not. Cars Illustrated was about low budget guys and not only talked about going street racing but shot photos too! 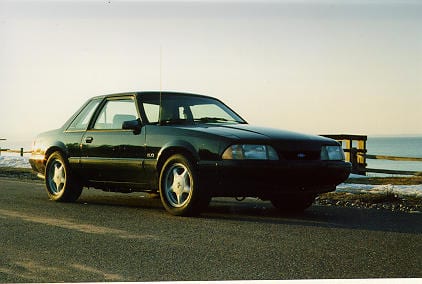 The two guys behind Cars Illustrated were Tony DeFeo and Neil Van Oppre.  They were going stupid fast (for the day) in fuel injected 5.0 Mustangs. There was a third person to the story, the late Steve Collison.  He was at that time the editor of Super Stock and Drag Illustrated. Between the three of them, they showed how with very little done to a stock Mustang, you could go faster than any big-block muscle car. In the late ’80s, if you had a 12-second streetcar, it is the equivalent of having a nine-second daily driver today.

I first met Neil back in 1990 when as a Summer job in college I was announcing at Norwalk Raceway Park (now Summit Raceway) and met a racer by the name of Rich Roback. Rich was racing an 84 Mustang as a project car with some backing from Ford SVO at the time. Through Rich, I met Neil. Neil and I became friends, I became involved in the whole scene.  This was interesting since the core of the movement was based on the East Coast, and I was in college in the Detroit area.

I had an 83 Mustang GT that was in the April 1994 edition of Muscle Mustang & Fast Ford that Neil wrote. As part of the article, I went to New York for Spring Break, which coincided with opening day at Englishtown. During that trip, I met Tony. Neil took me over to his house, and he just happens to have a Nitro Funny Car in his garage. I know the guy ten minutes and he’s lifting the body of the car so I can sit in it. Had it not been eleven at night, I honestly believe he would have rolled the car out and fired it up just so I could sit behind the wheel of a running fuel car.

Back the video. I knew or know all of the people that are in the video and every one mentioned.  So, it was so very cool to relive this bit of history. The video is long, almost an hour and forty minutes, but if you want to really know the characters behind the movement, then this is a must-see.