Welcome to a brand new series at Hooniverse called HoonUp. The question posed is, how would you spice up an automaker’s lineup? Pretend you are the parts-bin manager at automaker X, what would you smush together to make it hoon? I’ll take a crack at answering the question, then it’s your turn. Toss your thoughts into the chat! First up, Honda/Acura!

If you’re going to start with something “fun” at Honda/Acura that isn’t an NSX, it’s got to be the Civic Type R (CTR). I’ve driven it on a few occasions, and it’s fantastic. The styling may not be for everyone, but it’s a riot to drive. With 306 horsepower from the turbocharged and intercooled 2.0L engine and a standard 6-speed transmission, it’s not slow. Add a unique dual-axis MacPherson front suspension that all but eliminates torque steer and you’ve got an incredibly fun car. So, let’s try and apply some Type R magic to two potentially fun sedans, the Honda Accord and Acura ILX. 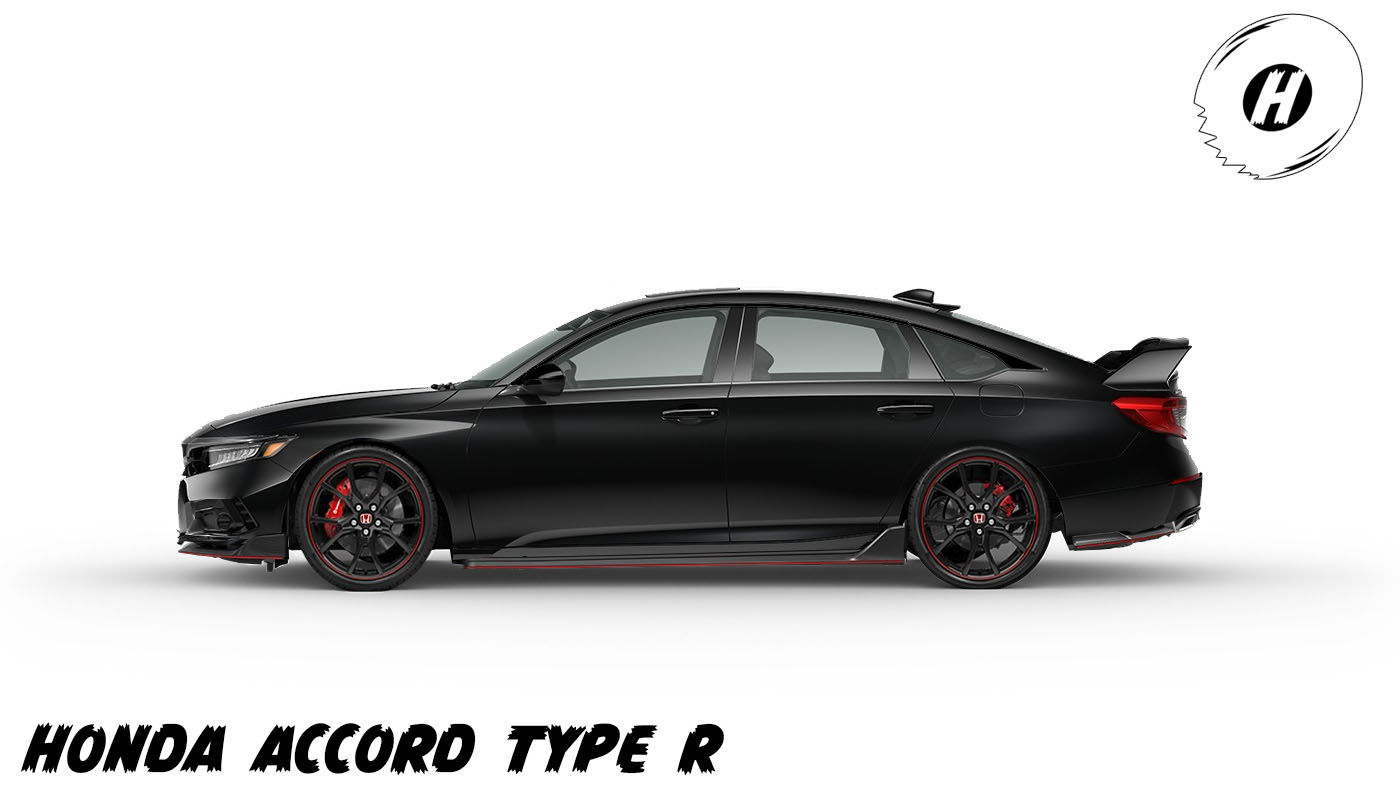 I’ll start with the Accord, because it’s the technically the toughest to Type R’ize of the two. Plus, there is a precedent for the Accord Type R. The Accord Type-R (ATR) was in production between 1998 to 2002 with the CH1 Accord chassis used in UK markets, whereas the JDM version used the CL1 chassis. Both used a 217 horsepower 2.2-litre four-cylinder DOHC H22A7 but the real magic of the R has always been in the suspension & tuning vs. big power. So what would a 2022 Honda Accord Type R look like?

Our buddies at Motortrend did a rendering back in 2019, the most interesting bit for me was the interview they did with Doug Macmillan, one of the founders of Honda tuner Hondata. He talked through the logistics of building the 2.0 engine found in the Accord Sport into a more powerful unit. While the optional 252-hp turbocharged 2.0-liter four-cylinder found in the current Accord is similar to the one in the CTR, it’s not identical. So an engine swap may be more complicated than it’s worth, whereas bolting the Type R’s turbocharger plus a tune will net an extra 60 horsepower from the Accord’s 2.0T engine. That gets you a pretty easy 312 horsepower, but he goes on to say that the engine setup is good for a fairly reliable 400 horsepower.

Splitting the difference, and letting Honda be Honda, expect 350-360 horsepower in this iteration. The Accord already has an optional six-speed, which I would offer as the standard transmission, just like it used to be. If the CTR’s close ration 6-speed with rev-matching works here, that’s great too.

So we’ve got more power, but as I said that’s not the real Type R secret sauce. It’s the suspension tuning that delivers quick Ring times. There are currently no Accord AWD models in the lineup, and that might not matter. The dual-axis MacPherson front suspension is ridiculously good on a front-driver. So for the sake of cost and weight, bolting on the remaining CTR’s suspension bits on our ATR is the way to go in my book. The helical limited-slip diff and adaptive dampers should definitely come over.

Weight is the enemy of fun, in many elements of life. The Accord Sport is surprisingly light on its feet, at 3,223 – 3,380 pounds depending on 1.5L vs. 2.0L engine. Making use of some of the CTR’s weight savings techniques, like the aluminum hood, will help make the ATR even more fun to drive. Add some sort of larger wheel (CTR uses 20″) with Michelin Sport Cup 2 tires and the CTR’s amazing brakes to finish the job.

Inside you would hope to find the usual Type R seats, which are some of the best in the business. There should also be a cool “R” button (which actually does something vs. most “sport” buttons) and the Honda logR datalogger system. Add some Alcantara accents and you’ve got a pretty special Honda.

Outside, ideally they will tone down the crazy a bit. I added the CTR’s rear wing, side skirts, and front bumper vents in these Photoshops. I would expect some Type-R badging of course, but the ATR could be done a bit more “tastefully” than the CTR. 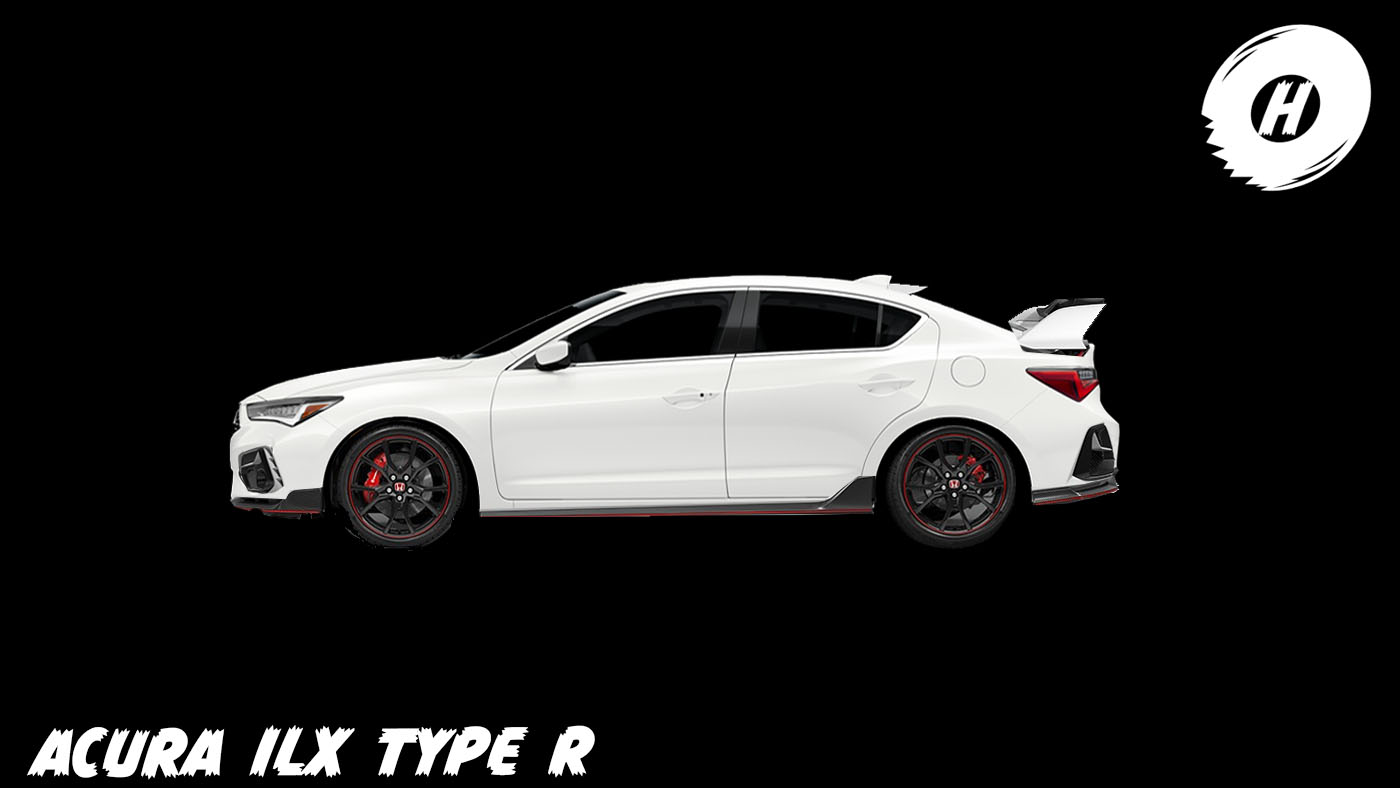 Well damn, I was going to have a similar section for the ILX “Type R”, but I’m at almost 900 words already and basically for this one I would say “ditto”. The ILX is based on the Civic, so this would be even easier! Obviously Acura may use a different nomenclature and call it something other than Type R.

It would be interesting to see some sort of hybrid AWD powertrain in this iteration. There are rumors that the 11th generation CTR will use electric all-wheel drive system that resembles the one Acura already uses in several of its products, including the NSX. Specifically, if you take the “twin-motor units” used in the Acura MDX, you’ll net an additional 70 horsepower or so. So that setup, plus the CTR’s stock engine (306 horsepower), and you’re at a very healthy 378 total system horsepower. Not too difficult to get to the 400 range pretty reliably if the hopped up ILX is AWD.

The ILX starts at $26,100, so using the same methodology as the ATR, you’re at $41,795 for this version. Obviously that would likely increase with a hybrid AWD version, so expect closer to $45,000 starting MSRP.

Those of us who grew up driving fun Hondas are now grown, so I know I personally get pretty excited about fun to drive sedans. Other than a few cars like the Kia Stinger GT and Audi S4, there aren’t many quick sedans in the sub $50,000 range. Go beyond that and you’ll find the Mercedes CLA45 coming in a bit more money, but most of these options have less power, and would likely be heavier than the theoretical Type R’ized Accord and ILX.

So that’s my idea, hit me up in the comments to say how you would HoonUp the Honda/Acura lineup. NSX drivetrain in a CRV?