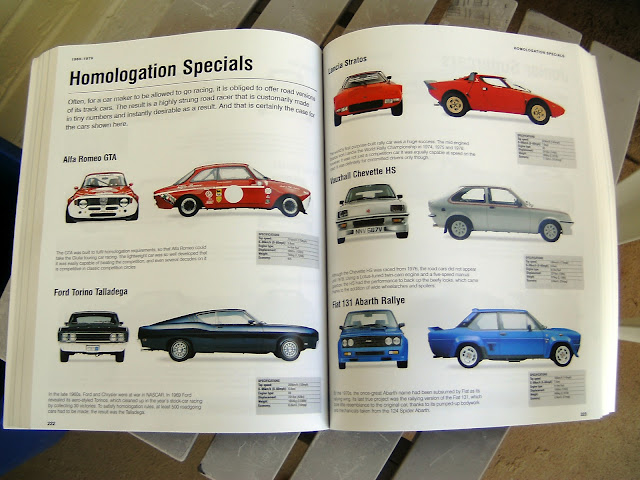 I know this is only tangentally related to a wagon but read on my fellow Hoons, read on.

Last year for this olelongrooffan’s birthday my older brother and his lovely spouse, that would be thehorsefarmer and thebarngoddess, presented me with a super cool pictural history book appropriately titled “Cars.” 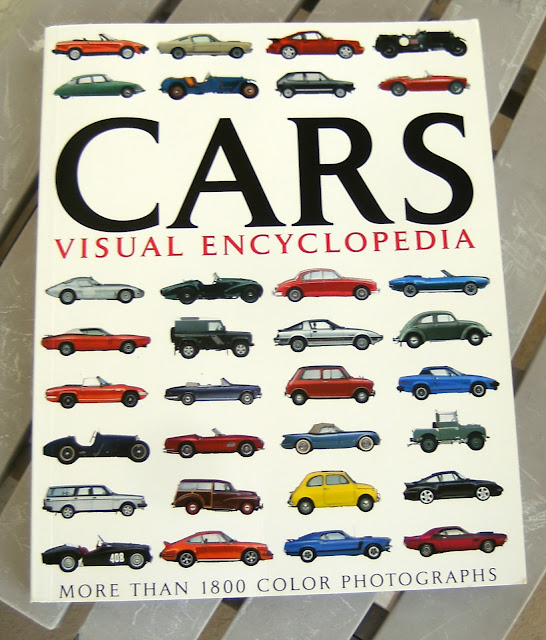 It is truly a “Visual Encyclopedia” of hundreds of Cars produced from the pre-1920’s through present day. thebarngoddess proudly told me she snagged it at a closing Border’s book store sale while in Chicago for the filming of my brother the Bus-Plunge’s short school bus featured McDonalds commercial last year. (More on that on Hooniverse Truck Thursday but I’ll bet fellow Hoon Rust My Enemy has seen it.)

So, anyway, while that book is cool as hell and rests in an esteemed place in my Taj Mahal, another equally as cool book shares my coffee diet sodie pop table with it. 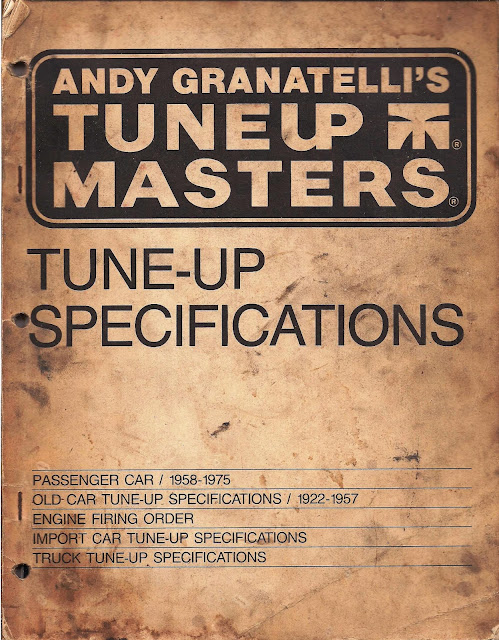 That other cool book would be the one whose cover is shown in the above image. Yeah, Andy Granatelli’s Tune Up Masters reference book. I stole found this book in another brother’s, thejeepjunkie’s, garage awhiles back and have been perusing it over the past few months. 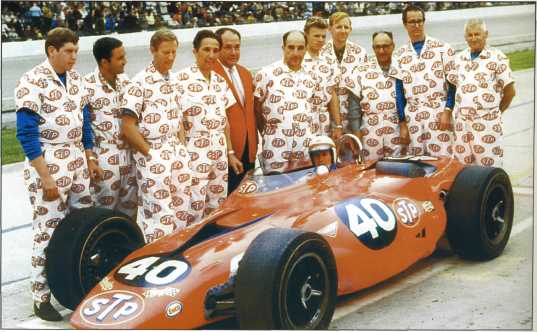 Well my fellow Hoons, in Indy Car racing circles he has quite a name for himself, especially in that innovative period the late 1960’s and early 1970’s represented. Hell, he developed a turbine Indy car which might or might not have been a revolution for that series had it worked. For those who might want to read a delightful read about him, you should just click this link right here. And there is more over at wikipedia about him, STP, TuneUp Master, CarQuest and Richard Petty.

Now, I am certain this olelongrooffan can hear my fellow Hoons screaming “What the hell does this have to do with the tappet clearance on a 1927 McFarlan?” 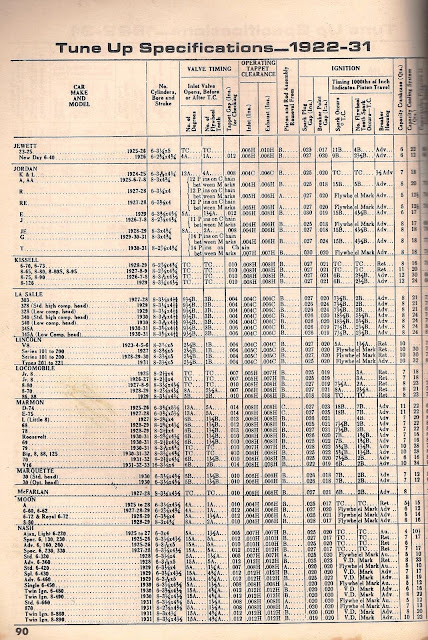 Well inside that yellowed TuneUp Masters guide, it outlines the specific, er, specifications for that McFarlan. 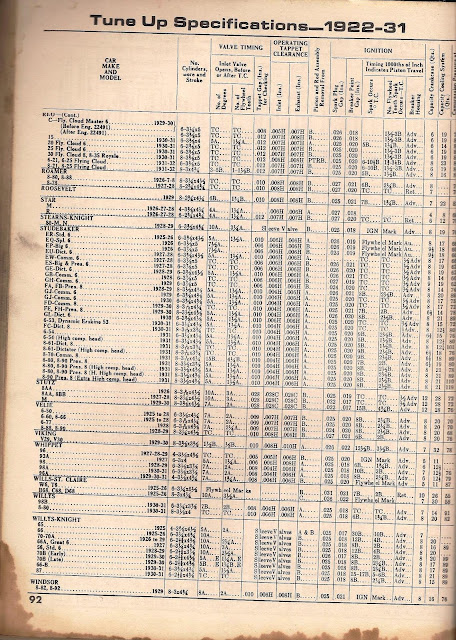 As well as a whole damned bunch of other old cars, most of which have been forgotten these days. A 1929 Roosevelt anyone? 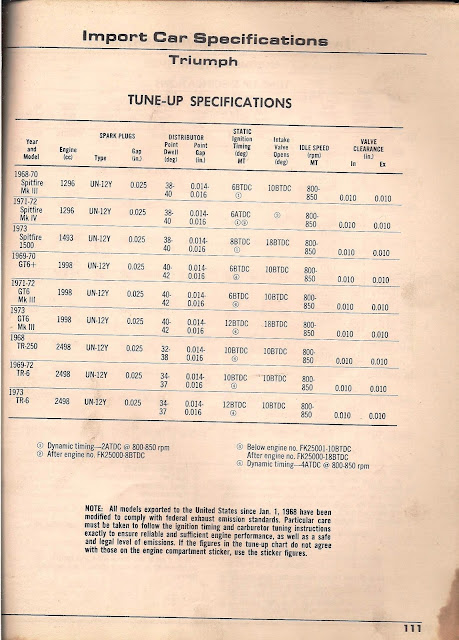 In addition, there are tuneup specs for a bunch of import cars. The Honda 600 was the only one listed under the Honda banner. Should anyone want to know the distributor point gap on a 1968 Triumph Spitfire, this olelongrooffan has got ya covered. 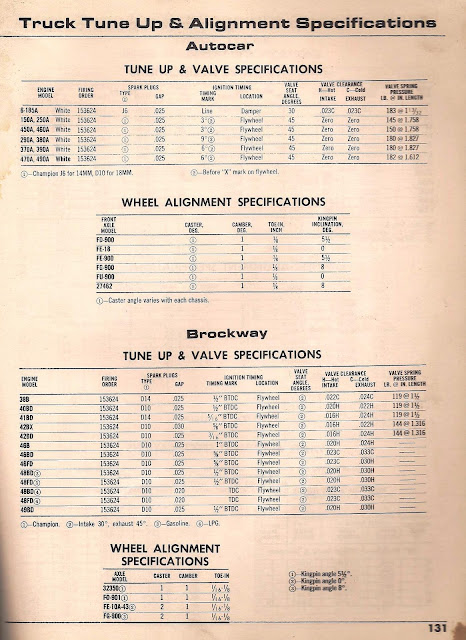 And the wheel alignment specifications for a Brockway truck? Got that too.

Now my fellow Hoons, the whole thought process for this post was generated in the comments section of the post I did earlier this week about that Baby Blue Fleetwood V8. In that post I mentioned that my newest toy, “The Charles Barrett Special” has a motor with a horsepower for every cubic inch. That being 258 hp. 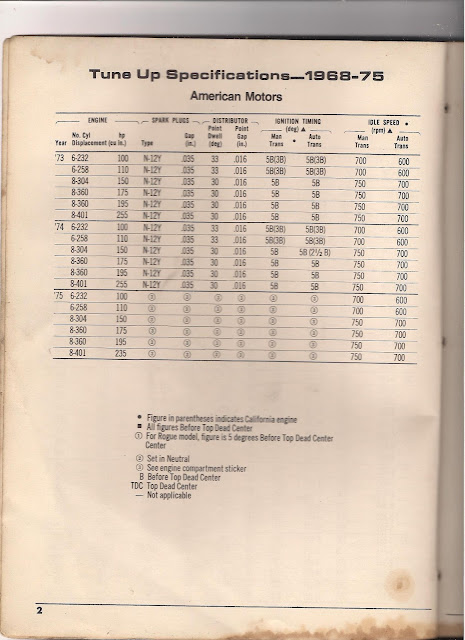 Well Hoons, in Mr. Granatelli’s manual it does state the AMC 258 of the period does, in fact, generate 110 horsepower in all its awesomeness. 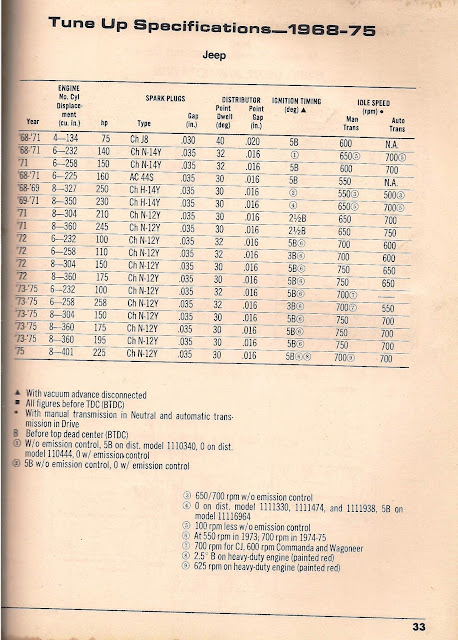 But as you can see in the above scan, he states my 1973 Commando C104 Wagon (but not a longroof) equipped with the 258 does generate 258 horsepower.

Today, I seem to get nearly 100% of my information from around these tubes and I pose this question.

Just because it can be found on these tubes, does that necessarily mean it is correct? Which one of these sources would my fellow Hoons believe to be correct?

Oh yeah, my fellow Hoons can find more of this olelongrooffan’s ramblings over at By The Numbers.