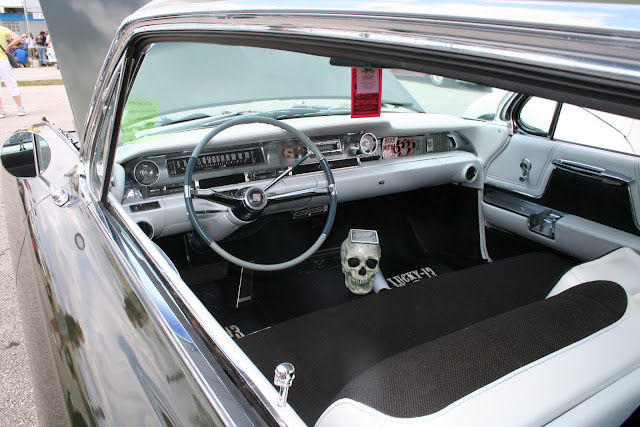 Yeah, I know it’s really Two Wheeled Tuesday but I got nothin’ so, temporarily at least for this olelongrooffan, it’s Tudor Tuesday. I am confident one of my fellow Hoon contributors will be along soon to set the record straight and return us to the Two Wheeled pleasure enjoyed by all. In the meantime,

this past weekend was the Spring Rod Run down here in sunny Daytona Beach, Florida. Aside from the rainstorm late on Saturday afternoon, it was a sunny and warm weekend here in paradise. This olelongrooffan got sunburned as hell selling a few trailers as well as making some new contacts out at the World Center of Racing. 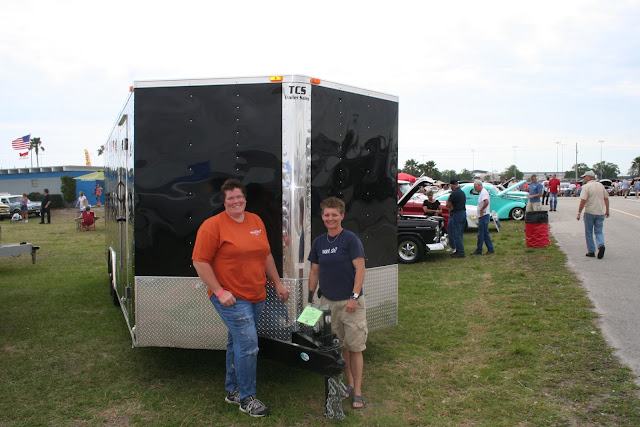 Among them were Kelly and Andrea who picked up this new carhauler to tote their Model A street rod and Harley Fatboys around. Kelly spent some time over in Iraq recently and, agree politically or not, she earned a trailer buying discount from my patriotic boss.

Not only that, a bunch of cool old cars showed up for my enjoyment. Among them was this one. 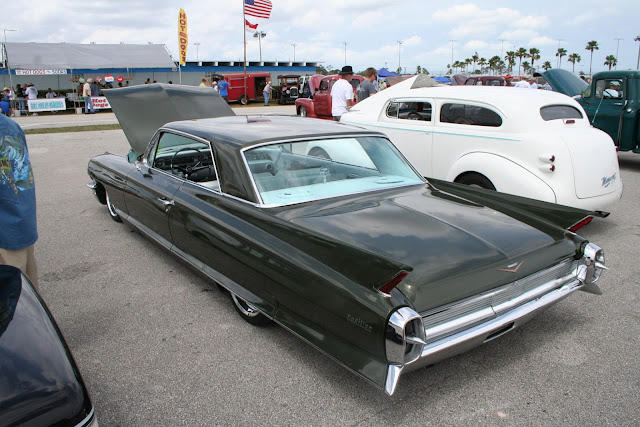 It is what this olelongrooffan believes to be a 61 or 2 Cadillac Coupe deVille which has definitely received some tuner modifications. Scroll back up and check out how cleanliness of that interior. Crank open front wing vent windows. That wide smooth bar across the bottom of the dash. The thin as hell steering wheel and gear selector arm. Classic good looks for this olelongrooffan.

Can anyone explain the “Lucky 13” reference I seem to be seeing alot of these past few shows? 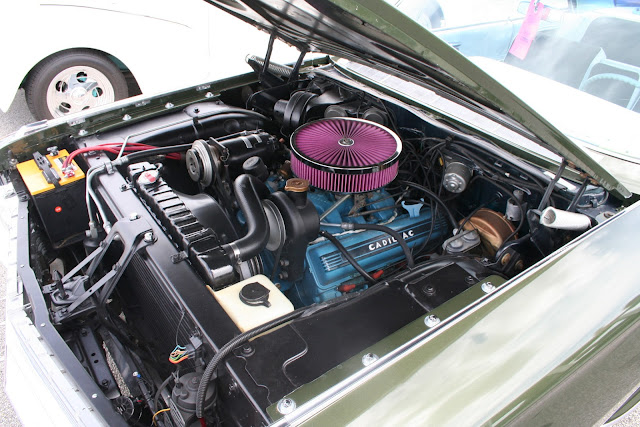 And while that car was super clean, the engine compartment was immaculate. I have seen alot of funky old car stuff, the purple air filter on this one just takes the Smurf cake.

And just to keep the Hooniverse Overlords happy.

This olelongrooffan also tells a story or two over at By The Numbers. I try to include a different one every link and hope my fellow Hoons enjoy.