Dateline Denver Colorado; July 7, 2011
Last weekend my nephew, the Kid, and this olelongrooffan paid a couple visits to the Daytona International Speedway for the Subway Nationwide event on Friday as well as the Coke Zero 400 on Saturday. As usual, we spend most of our time wandering around the garage and pits leaving just after the first round of pit stops to get to the best place to watch a NASCAR race. On TV in the Kid’s garage. 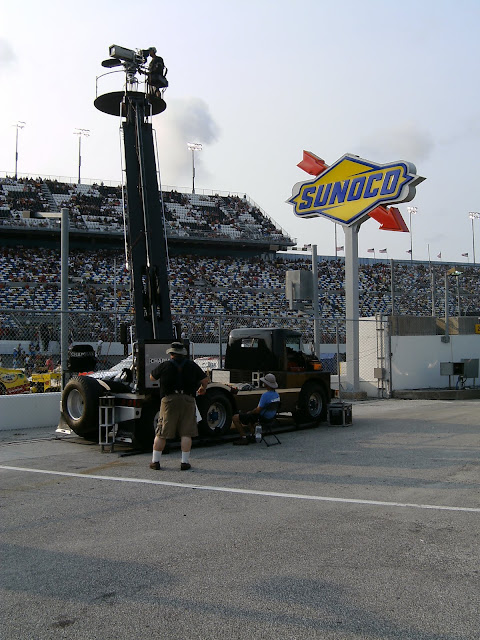 While we were out there, in the garage area at the entrance to pit road, I spotted this truck that TNT utilized to serve as a camera platform. 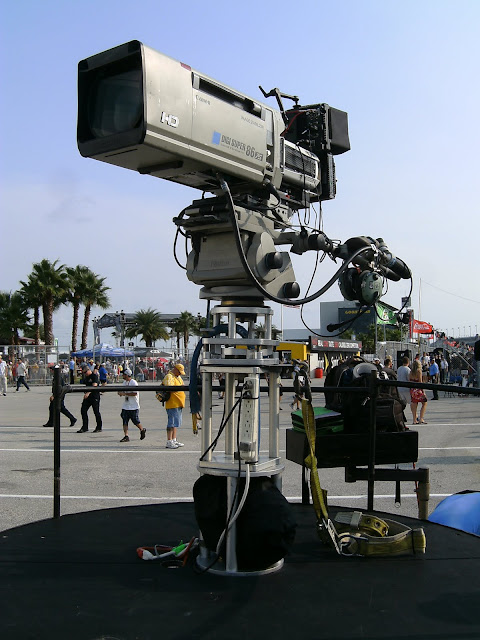 I thought it was pretty damn cool and gathered up a bunch of images of it as I had never seen one previous to that Friday. Now I can hear my fellow Hoons screaming that it is just another boom truck. Stay patient my friends, stay patient. 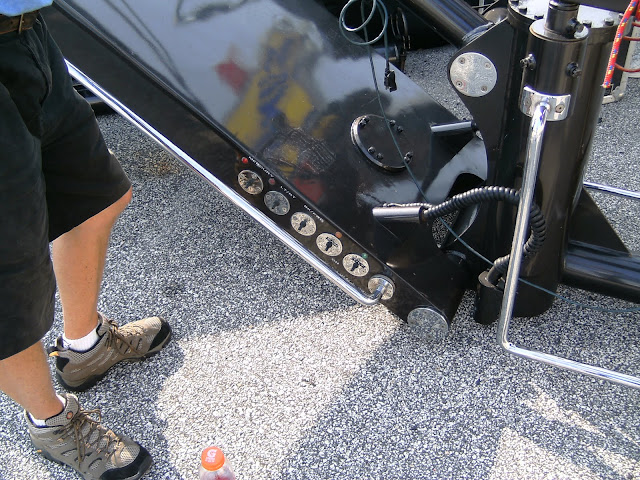 This truck is based out of MickeyMouseLand down here in the Sunshine State and made the trek to the Speedway for these events. 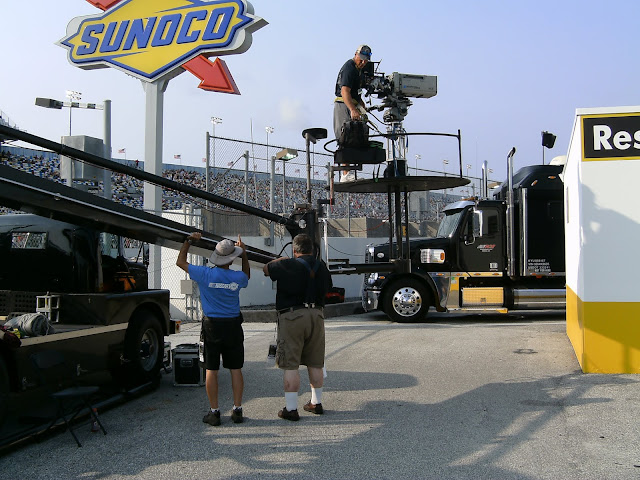 The big guy on the right in the above image operates both the crane and drives the truck to and fro. 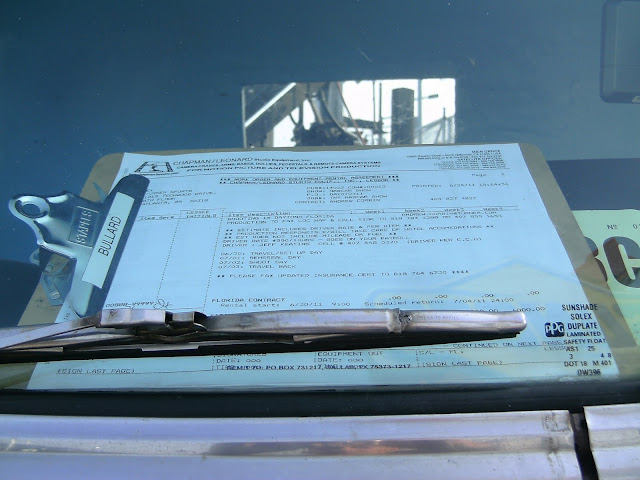 I peaked at the invoice on the windshield at Saturday’s happenings.  TNT paid Chapman/Leonard Studio Equipment $6,000 for the time period of 9:00 am on June 30 to midnite on July 4th. Soon serious cash this olelongrooffan thinks for what was a few hours racing on Saturday and a three hour round trip from Orlando to Daytona Beach. 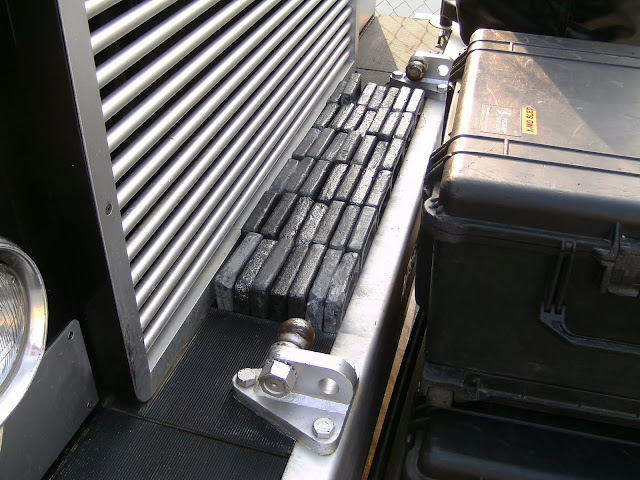 The truck is built on a deuce and half chassis and has an electric motor that can power it up to 6 mph while the gas engine gets it to about 50 mph. 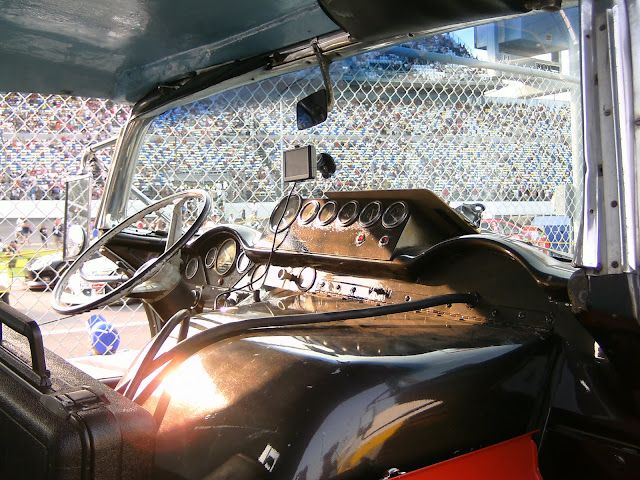 Its overall weight is 26,000 pounds and has six wheel drive and six wheel steering. 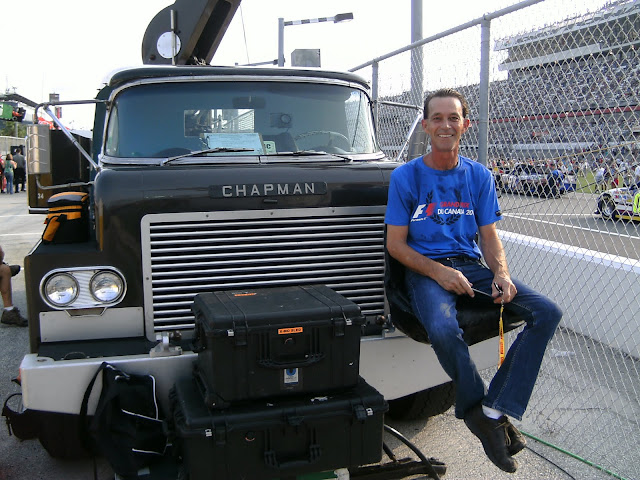 When I saw this beast I knew a blog about it was somewhere in my future. I did a little research on this and 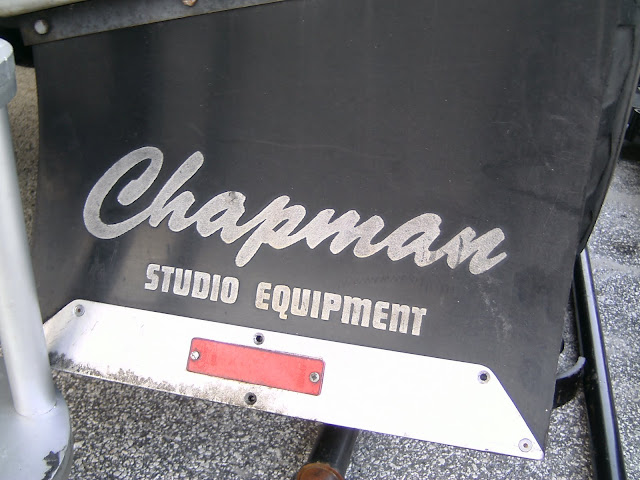 was able to come up with a link to the Chapman-Leonard website outlining the specifications and capabilities of the Super Maverick. You can check them out here. 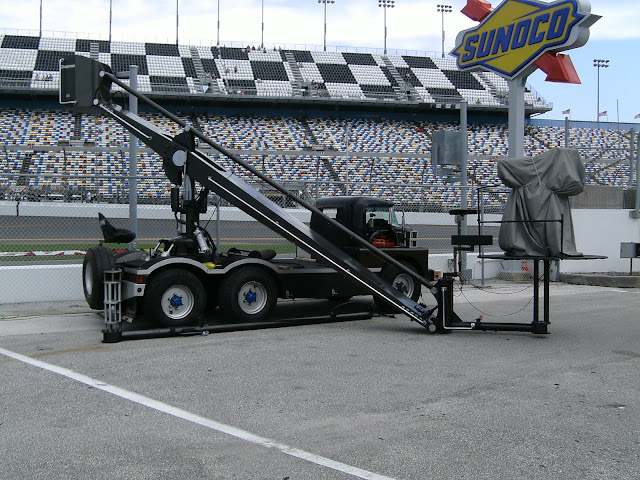 I couldn’t find out anything about who designed or built these beauties but I am confident one of my fellow Hoons knows a ton about them. The operator did mention about 25 of these were built in the late 50’s and early 60’s. He also mentioned the central pivoting mechanism is from a USS Constellation but mounted inverted. 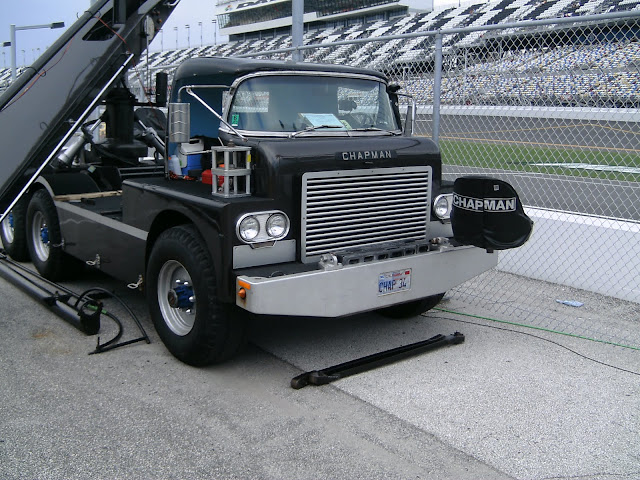 While the operator told me it was built on a deuce and a half chassis, it did possess a Chevy truck steering wheel circa early to mid 1960’s. It seems my 66 one ton panel delivery Chevy had one just like it. 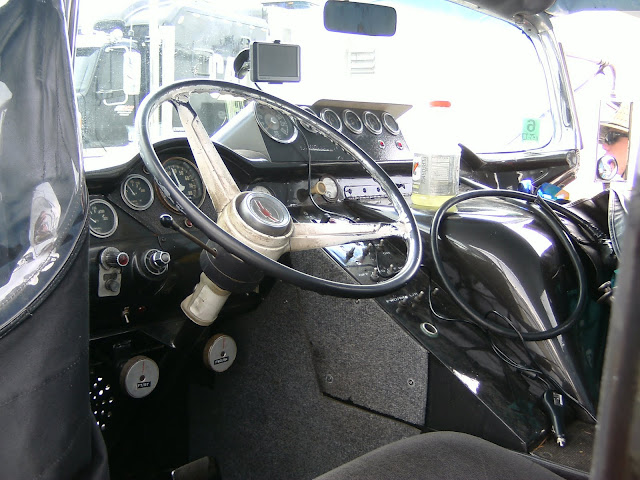 This truck also has unique body panels that are obviously designed just for this application. Try as I might, I could not recognize any of the panels being used on other vehicles this olelongrooffan is familiar with. 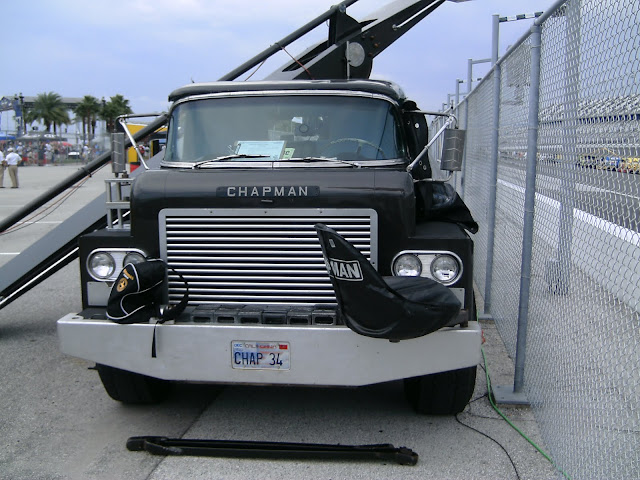 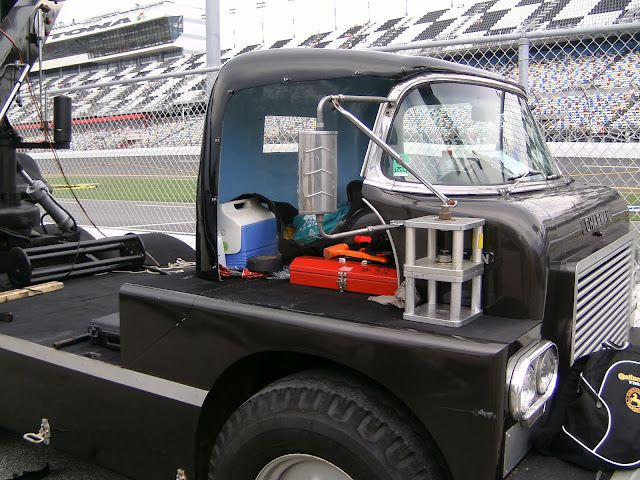 It has a removable fiberglass roof and the doors are merely frameless canvas and plexiglass panels ala early Jeep CJ’s. 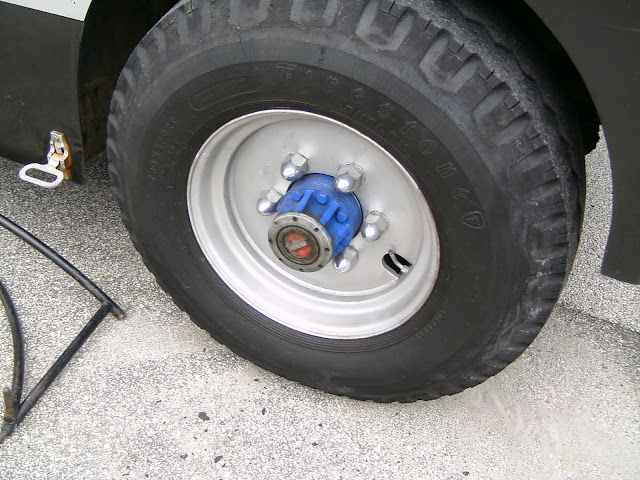 And trust me, these were the only Firestone tires inside the garage area of the Daytona International Speedway that weekend! 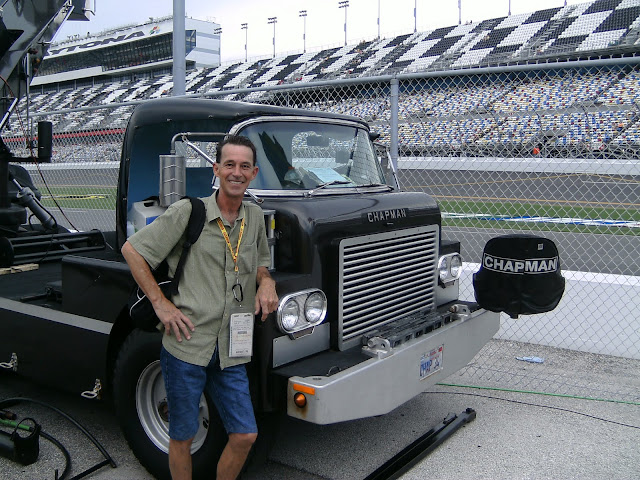 And this truck was so cool to me, I just had to add another image of me with it.