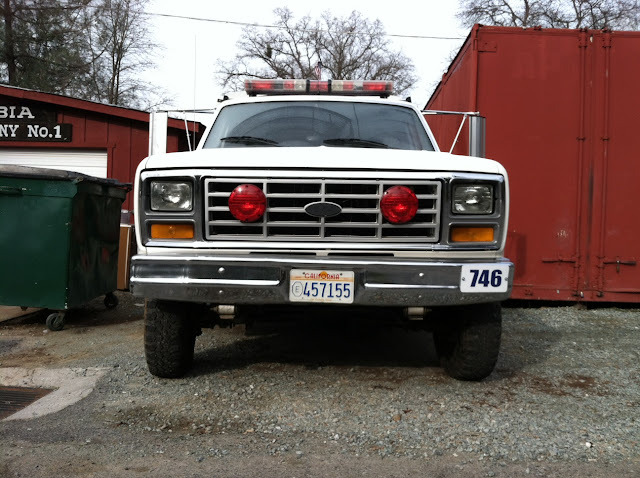 The Ford F-Series full-sized pickup has been the best selling truck for 34 years straight.  At some point in the 1990s, it became a “lifestyle” vehicle driven by suburban men with nothing heavier than a Pottery Barn loveseat and a case of Two Buck Chuck to lug around.  Before that transition, these trucks were work trucks.  The specimen you see here is the seventh iteration which was produced between 1980 and 1986.  And because it belongs to a fire department, it is still in impeccable shape. 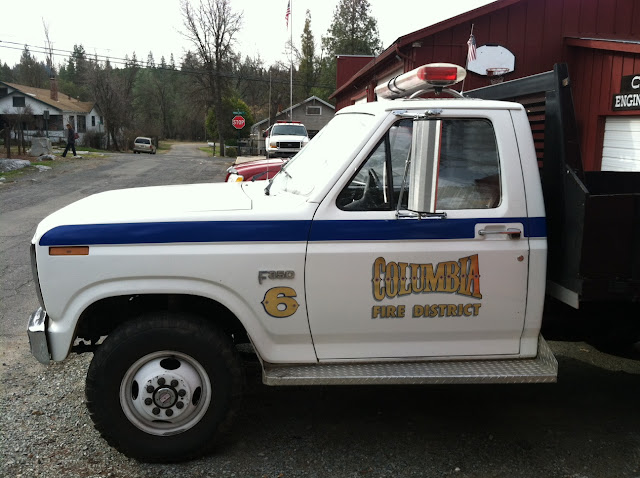 When not saving damsels in distress or liberating felines from trees, firefighters do two things, and two things only– eat prodigious amounts of pasta and wash their rigs.  After more than a quarter of a century of daily washes, I’m surprised there’s no exposed sheet metal. 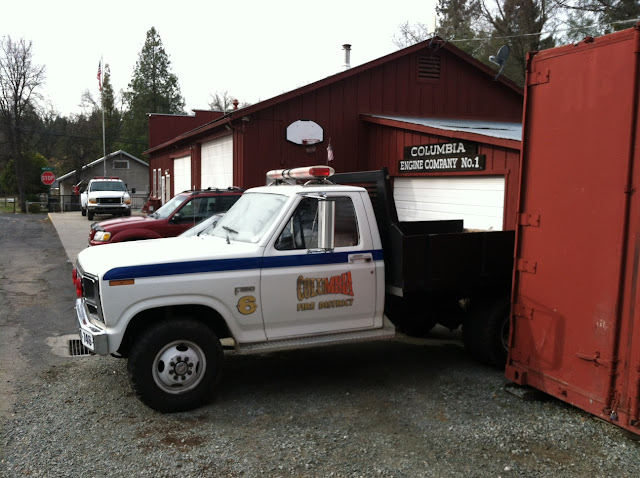 That this old truck is still in operation is a testament to the frugality of the Columbia (California Gold Country) Fire District.  Many districts and departments seem to replace their support vehicles every few years.  To those familiar with the sequence of California exempt plates (which are displayed on vehicles belonging to the state and municipalities), approximately 800,000 cars, trucks, and vans have been purchased or leased by public entities since this F-350 was registered. 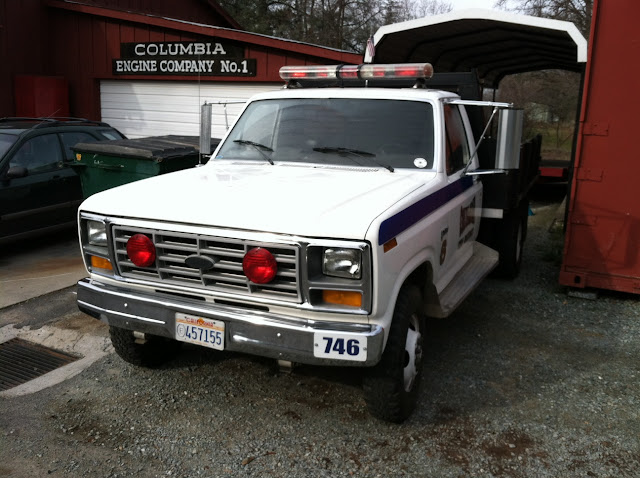 To give you an idea of the evolution of the F-Series.  This is the new F-350 used by the same fire district.  It looks like a spaceship in comparison. 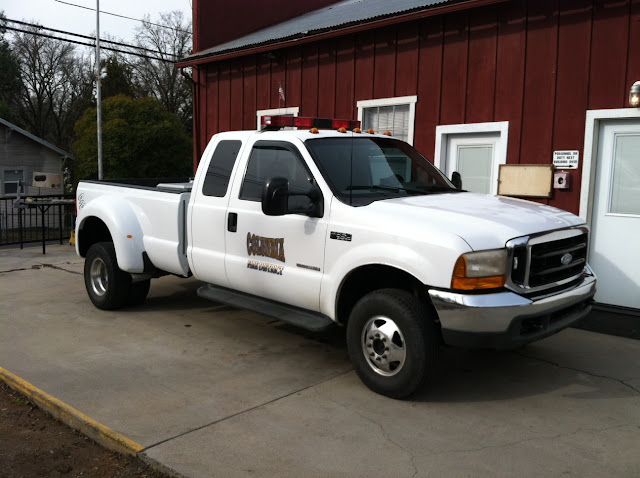 If you don’t know YouTube’s Saabkyle04, get ready to spend some quality time with your computer monitor and chair.  He has shot and edited videos of over 1,300 cars.  In each video, he takes around ten minutes to give the viewer a comprehensive tour of a vehicle’s interior and exterior.  This is his video of a 7th generation F-150:
[youtube]http://www.youtube.com/watch?v=5Y3N0udOPvI&feature=plcp&context=C3ebc3a8UDOEgsToPDskLej_YE0S2grF2kmWqjyXf9[/youtube]
Images source: Jim Yu