If you’ve stuck around long enough, you’ll know that there are some talented photographers contributing to this little corner of the internet we have here. Some do it professionally and others in their spare time, but pretty much all of us take some level of enjoyment out of it. Naturally, all the other automotive sites are doing staff’s picks photo recaps for 2018 which means we have to do it too, especially now that we have a site redesign which no longer limits us to 720px wide. A handful of us have picked our five (or so) absolute favorite shots of the year for your viewing pleasure along with some quick background info.

Take a gander and get ready for another year of us Hoons doing what we do best. 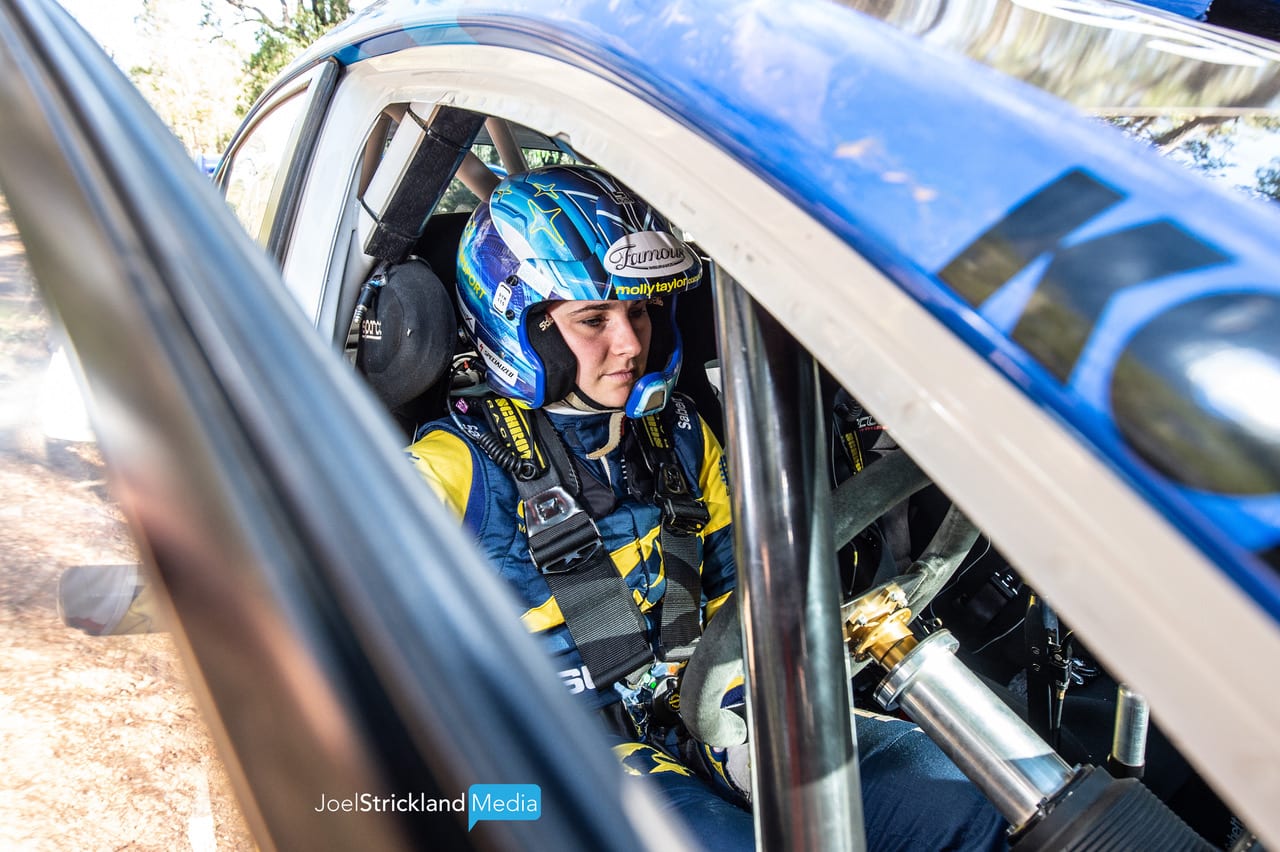 Per Joel, who is definitely the most professional photographer out of all of us: In April I received a last minute phone call to head to Western Australia to cover Forest Rally for Subaru Australia, having covered this round a couple of times before, I was extremely excited to get back to the West and into the Forests. Not one but two of my favourites shots of the year came out of this event. The first is of Team driver Molly Taylor sitting in her “Office” at the start of one of the stages before heading off. I love creating this kind of shot, it’s a simple one to create with camera placed in the door frame with a flash unit on the top of the camera with a second flash fired through the side window off camera. 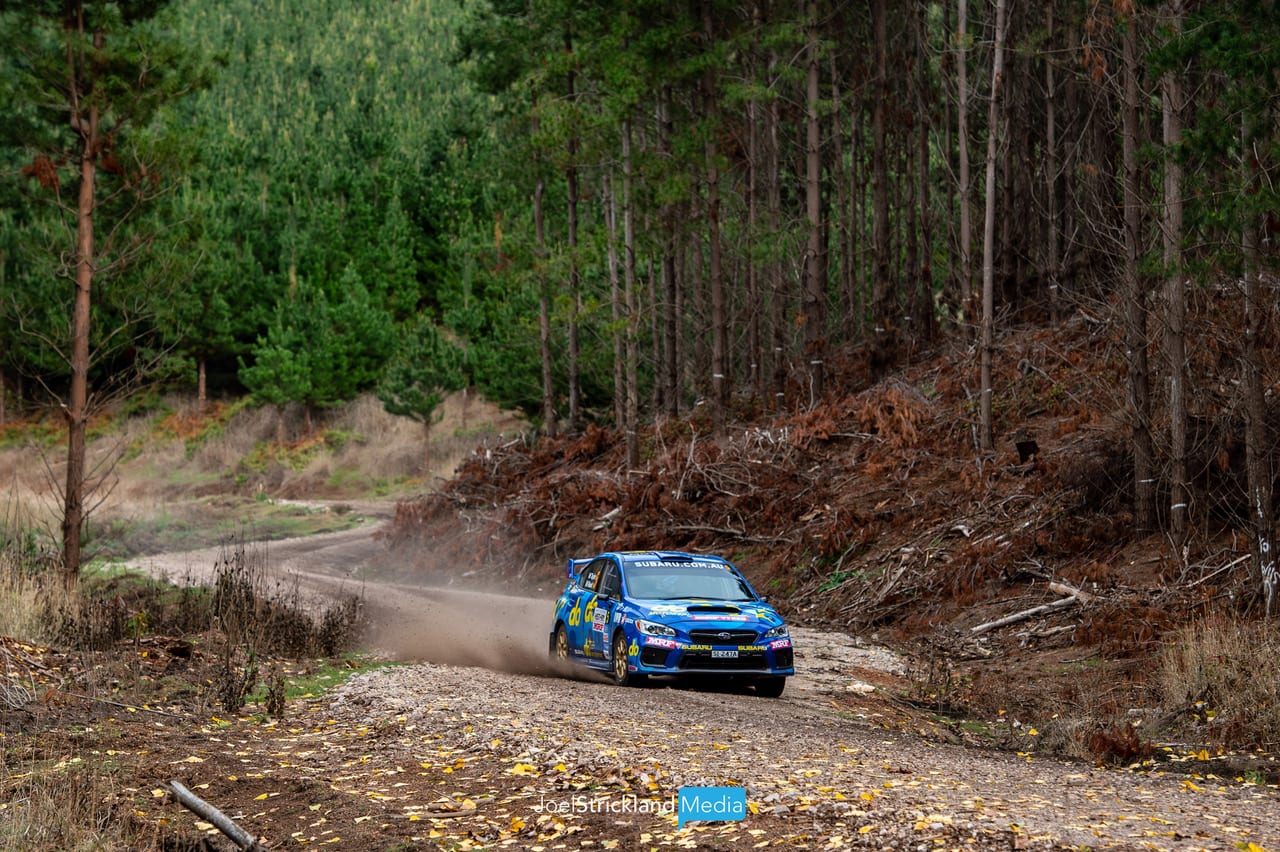 The team photographer who gave me the last minute call up, after he was injured and couldn’t attend, gave me a couple of spots to check out and this one was my favourite, it gave a very different feel to all the other shots from the whole event, with the long pine trees forest in the background alongside the recently cleared areas and the curve of the road in the background. 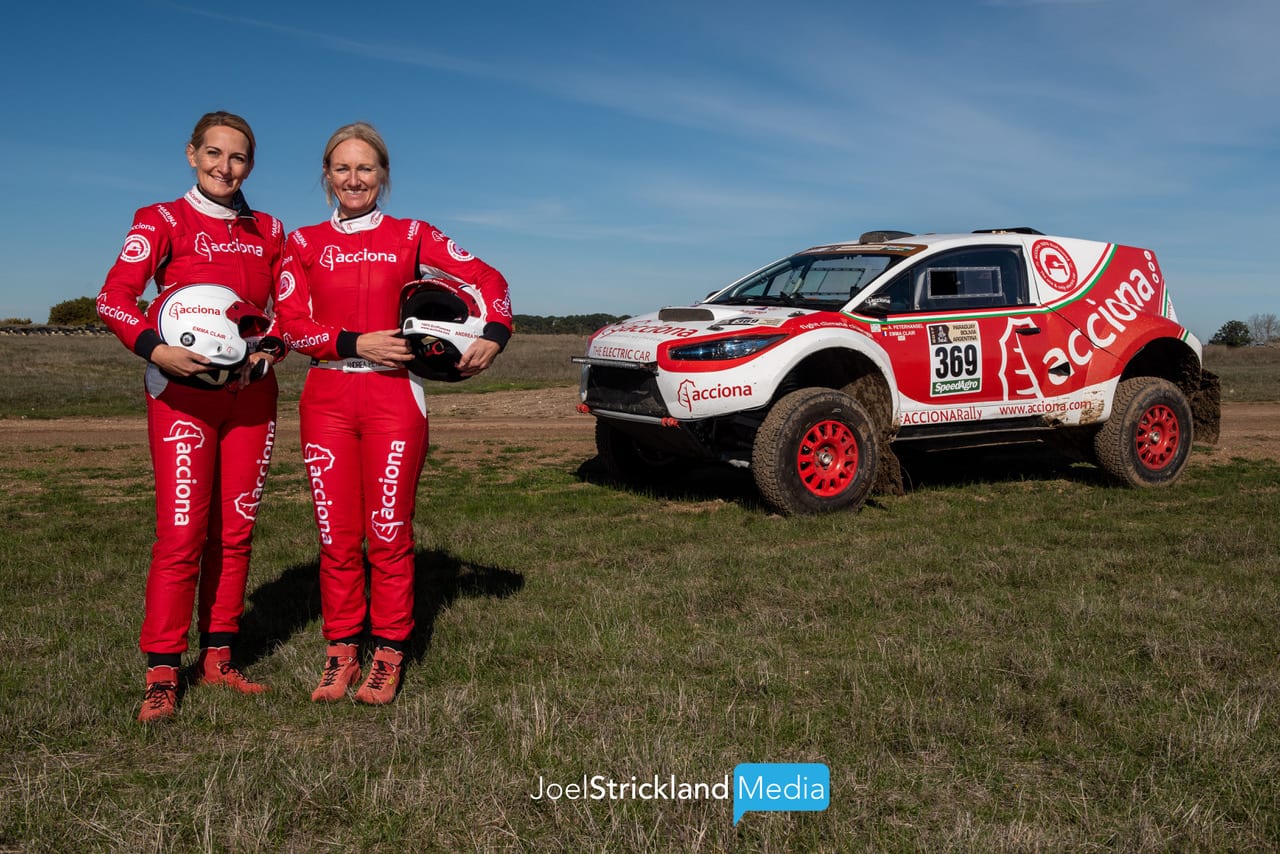 A fun project to be involved with this year, the team from Acciona brought their Electric powered Rally car out to Australia to run in the famous Fink Desert Race in the Northern Territory. I got to work with the two drivers whilst they were in Victoria doing some pre event PR. This is shot was at one of the media events outside Melbourne, its of the two drivers Andrea Peterhansel and Emma Clair with the 100% Eco Powered Vehicle. 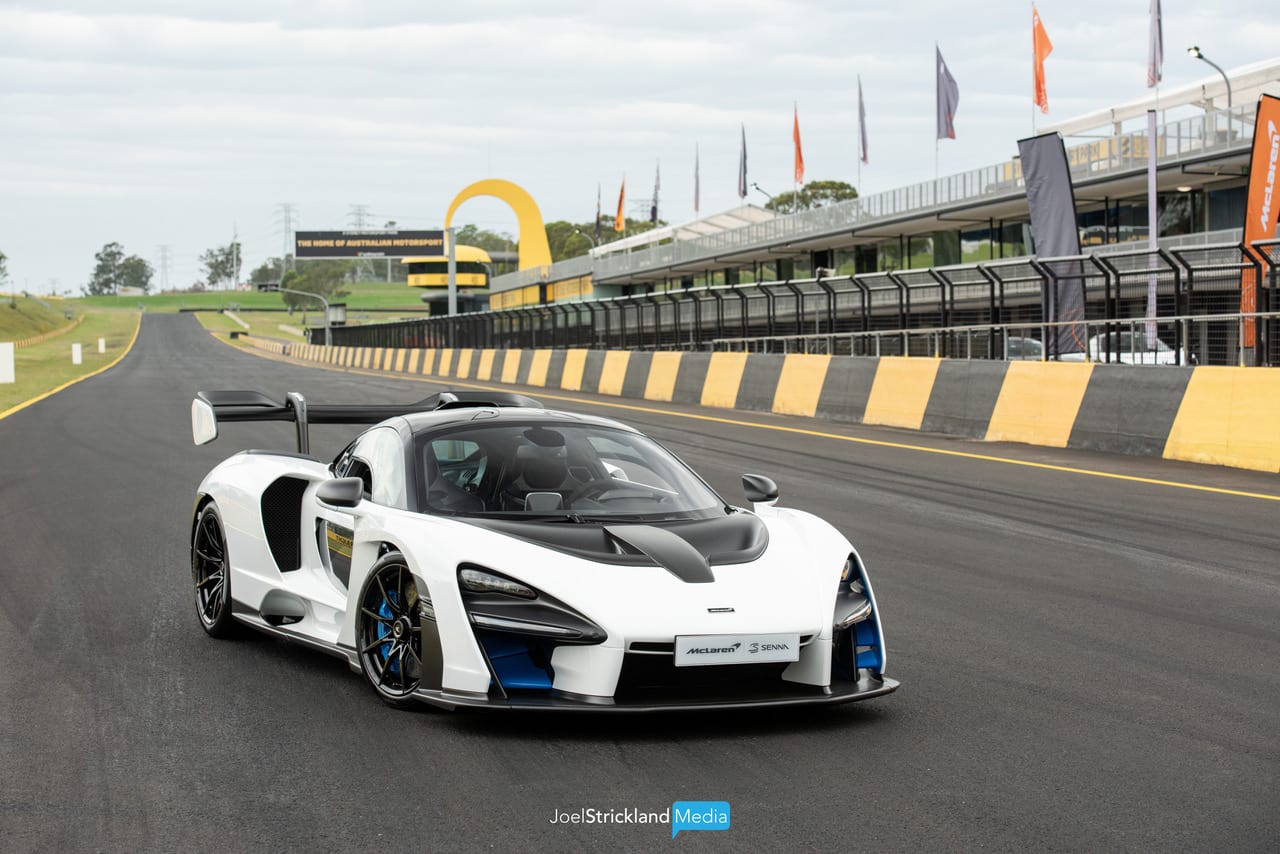 A lone McLaren Senna on an empty race track. This shot came from the Australian McLaren Owners track day at Sydney Motorsport Park. This was the Australian track debut of the Senna and I created this shot on track to help promote. It was pretty cool to have an empty front straight of the track to work on. 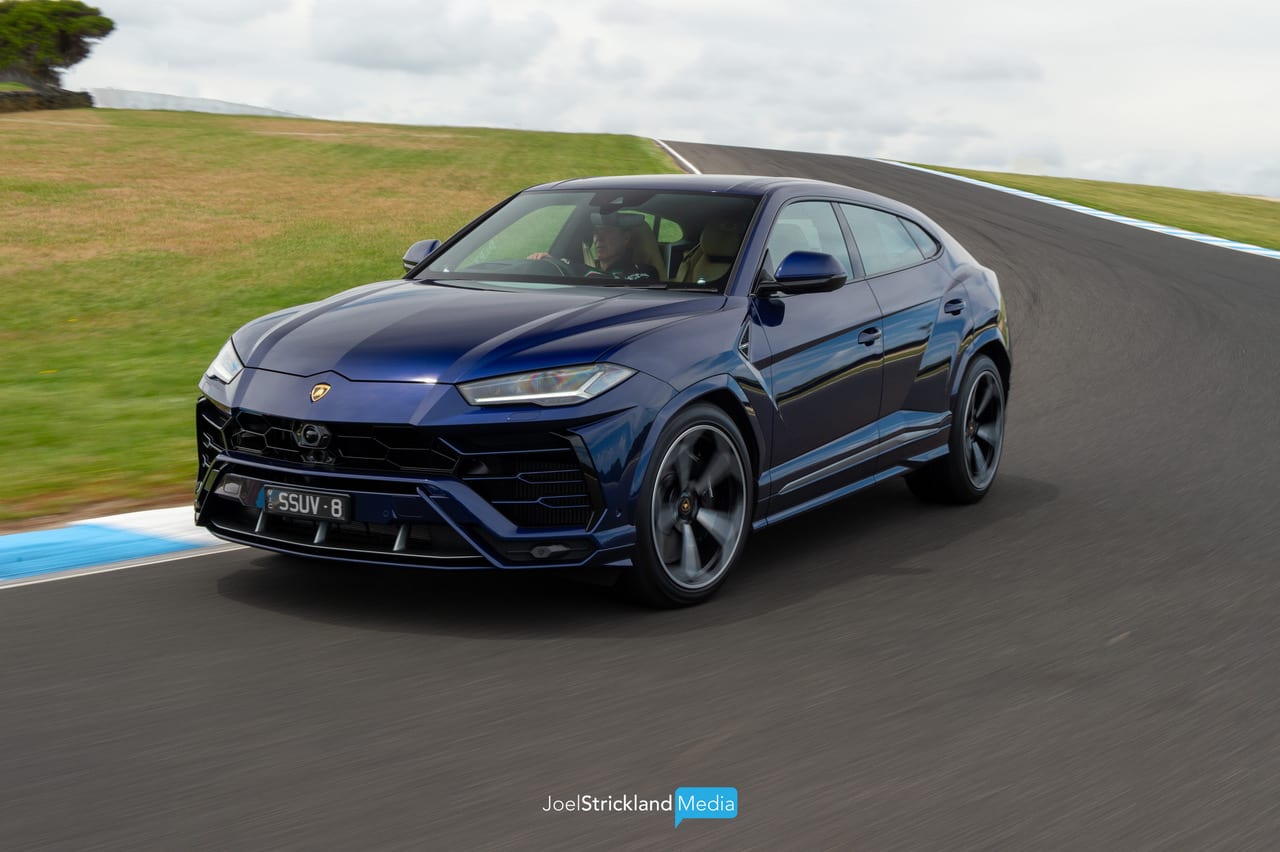 Working with the team from Lamborghini Melbourne to create some content around the new Urus, brought me to being strapped into the back of a 4WD on track at Phillip Island Grand Prix Track as one the driving instructors from the team at Motokinetic chased us around the track. This was my favourite image from that shoot. 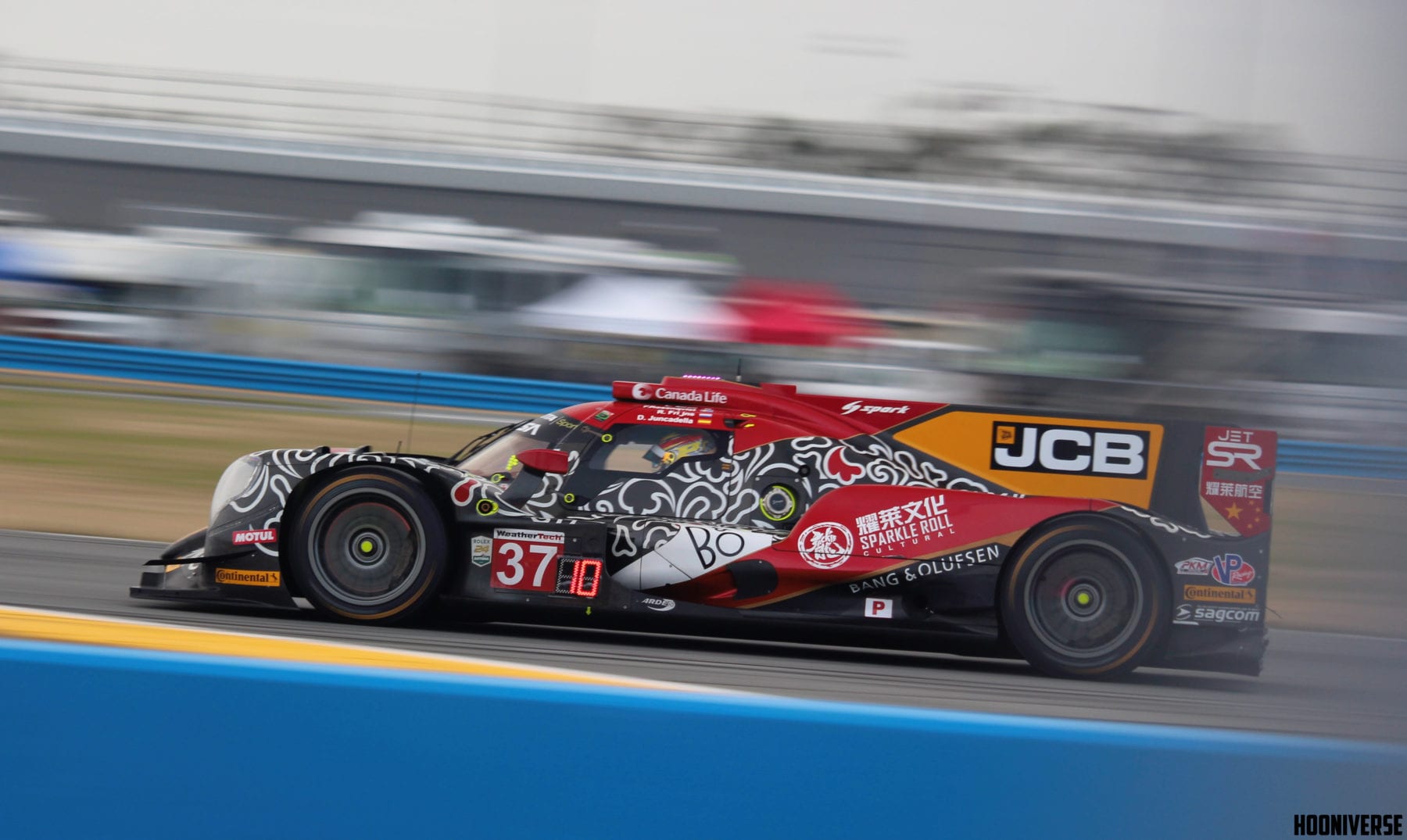 Per me: I managed to start 2018 on a high note with my third consecutive Rolex 24 Hours at Daytona. I was once again too lazy to try my luck with getting media credentials so I had to take all of my shots from infield bleachers, through holes in the fence, and on top of power boxes. I liked a lot of what I captured there, but this action shot stands out. You can even see faint traces of brake disc glow up front as he comes flying out of turn 4 and just starts to slow for turn 5. 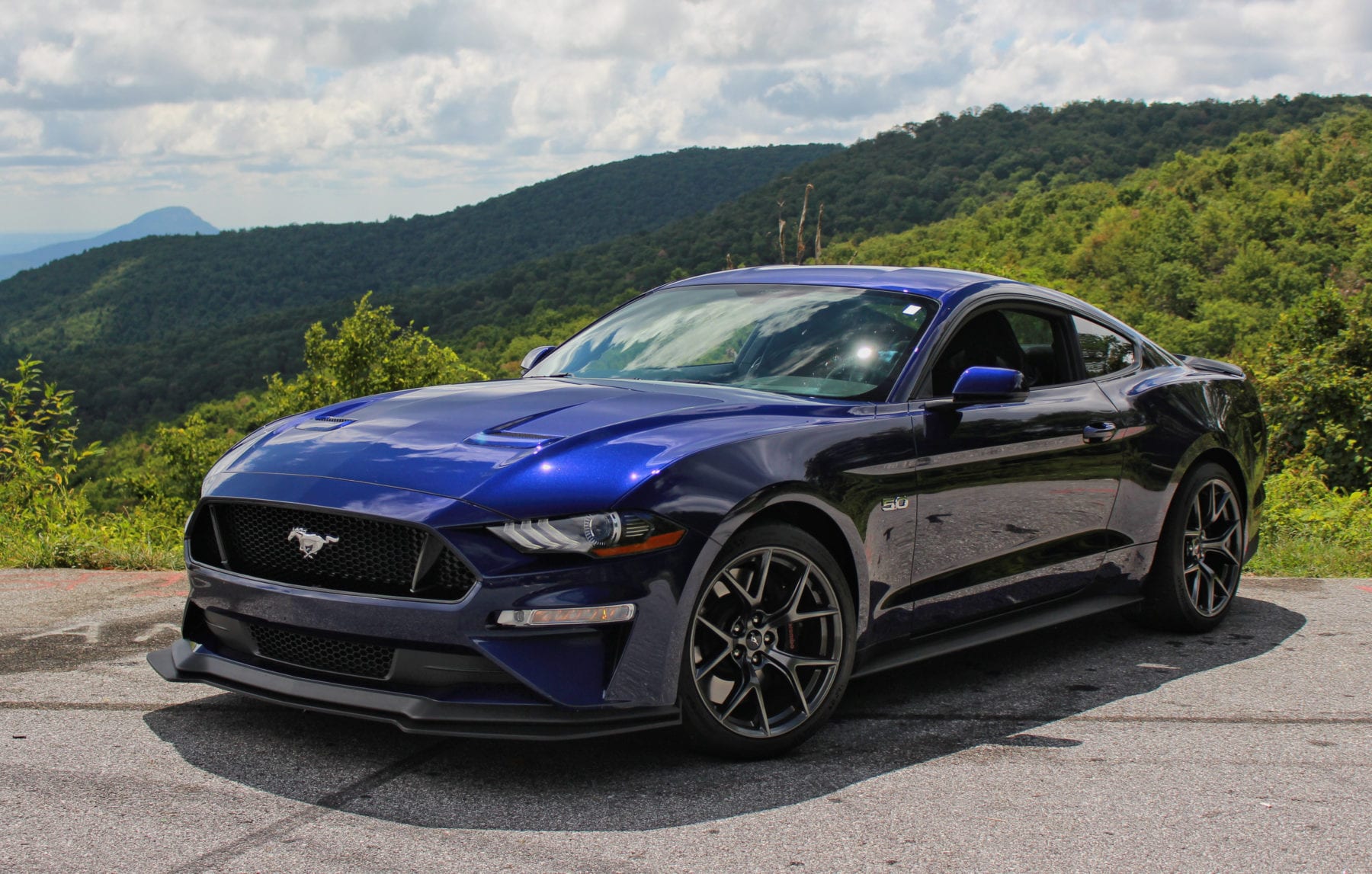 I mean, there HAD to be one of my car. The single biggest life event of 2018 was finally taking delivery of my 2019 Mustang GT PP2. This was the second time I had this car up on my favorite road in north Georgia, which is basically what I got the PP2 for. There’s a gorgeous scenic overlook where you can get some of the best views in Georgia. This shot is rare because normally I don’t stay in one spot for very long when I’m up there. 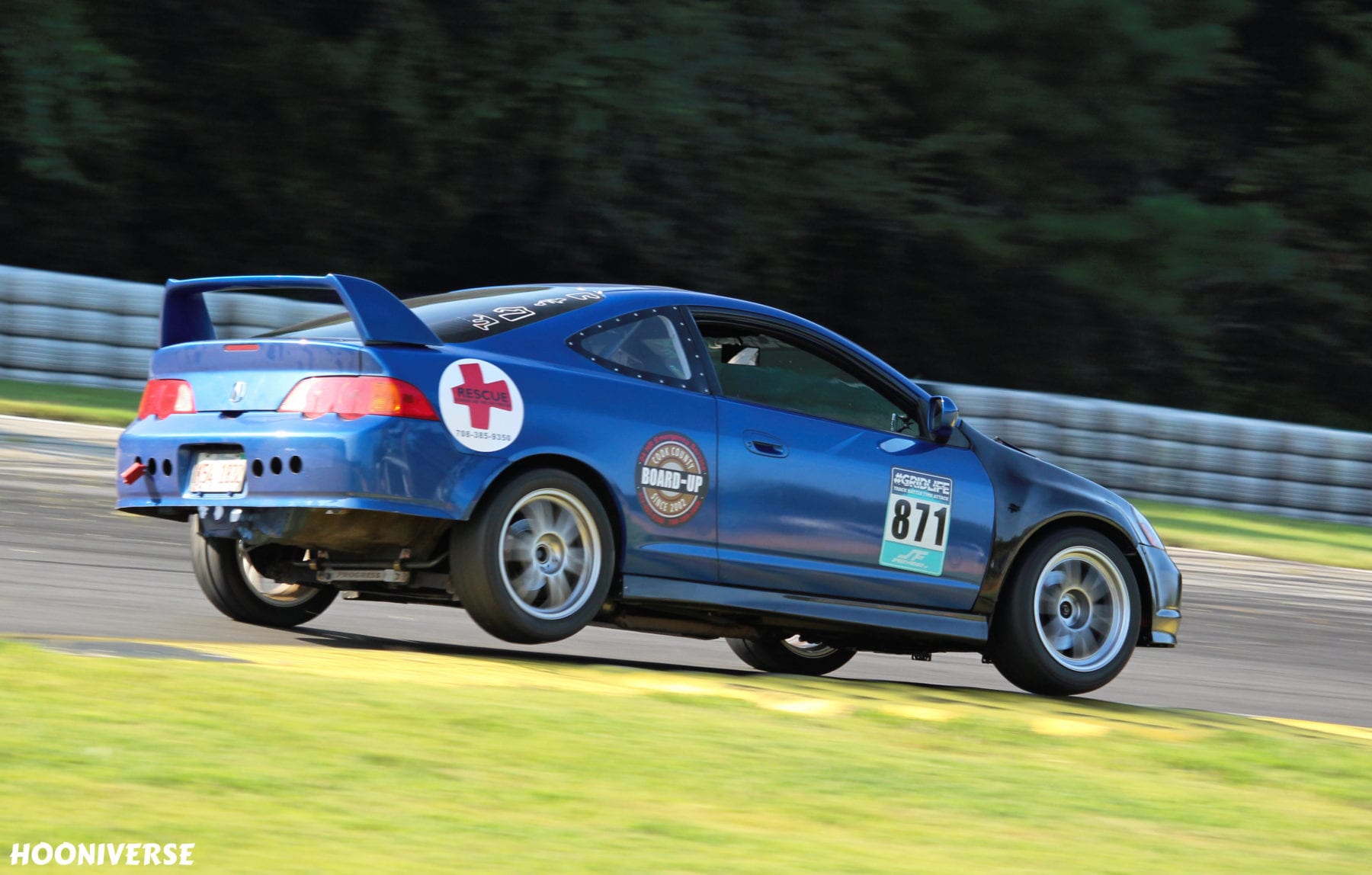 All of my other shots you’ll see came from Gridlife South, which was awesome. I had media passes for this one so the access I was given is what made these shots. I raved about how good it was in an article that’s not accessible at the moment, but one of the things I loved about it was the quality of driving. This guy… this crazy beautiful human being was so aggressive over the curbs at Road Atlanta’s Turn 3 that at least two wheels were off the ground every time he flew past me. Legend. 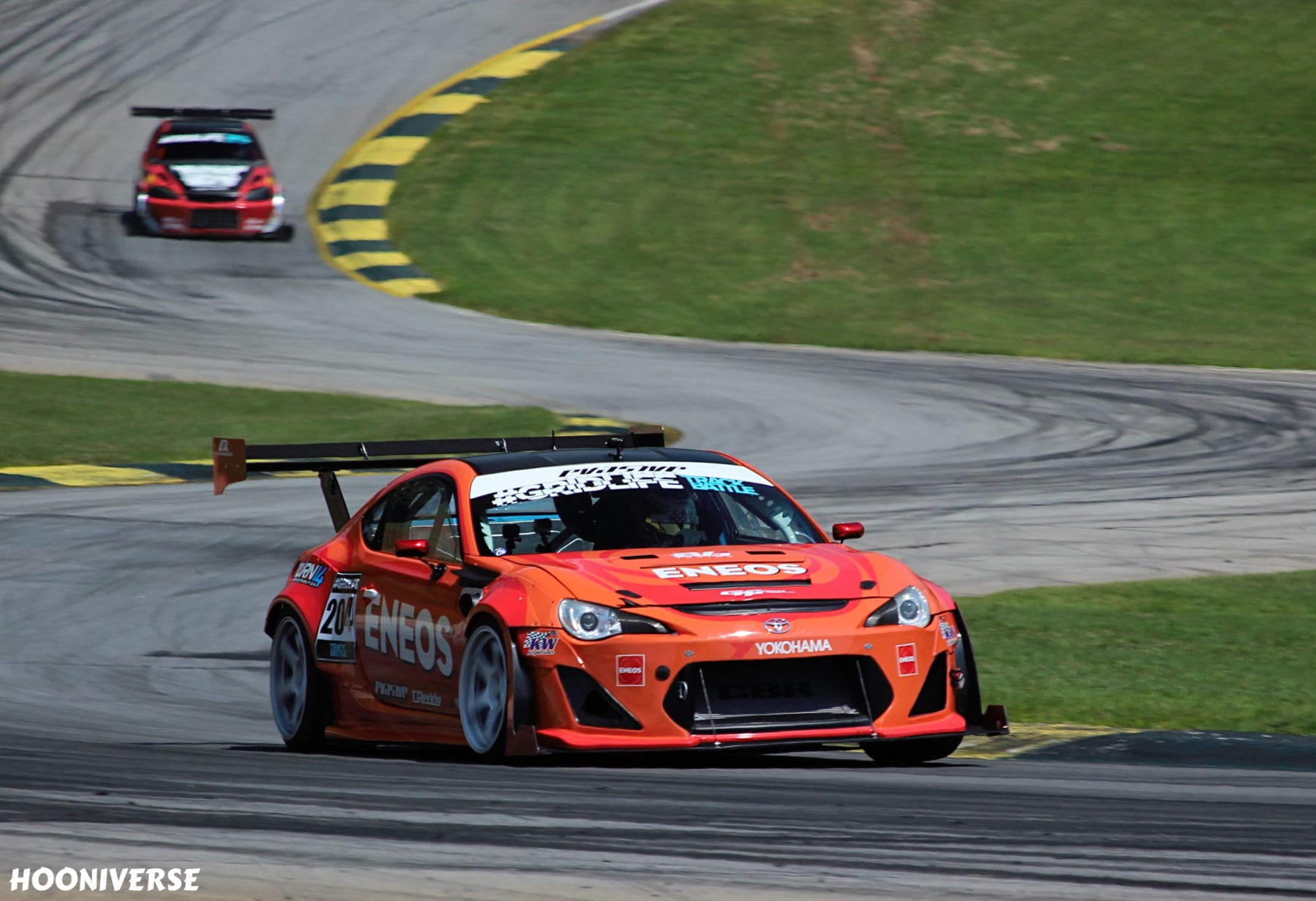 Another shot made possible by media access (which is rare for me) is this shot looking up the Esses during a Time Attack session. This is always one of the coolest spots to watch cars go by, but I like this shot a lot because it highlights the unique racing line through this section and because those two drivers both set records that day. 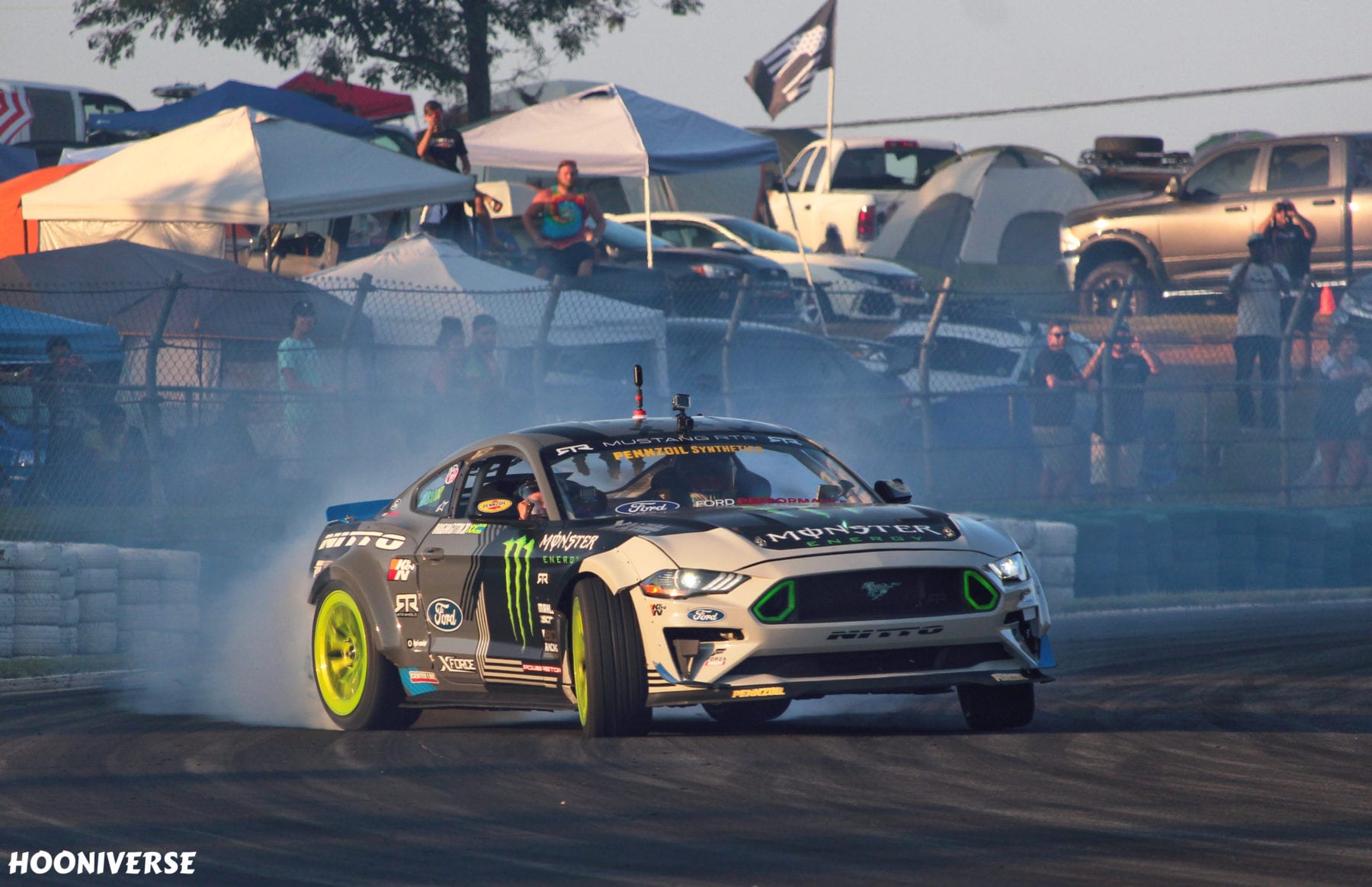 I loooooooove to shoot drifting. It’s so easy to find a dramatic moment with crazy sideways action and tire smoke spewing out. Perhaps the most dramatic drifting was happening at the Esses which were opened to drifting exclusively for Gridlife. The level of commitment required to send it through this part of the track sideways at speed is insane. I think this shot shows that pretty well. I was happy to catch this one. 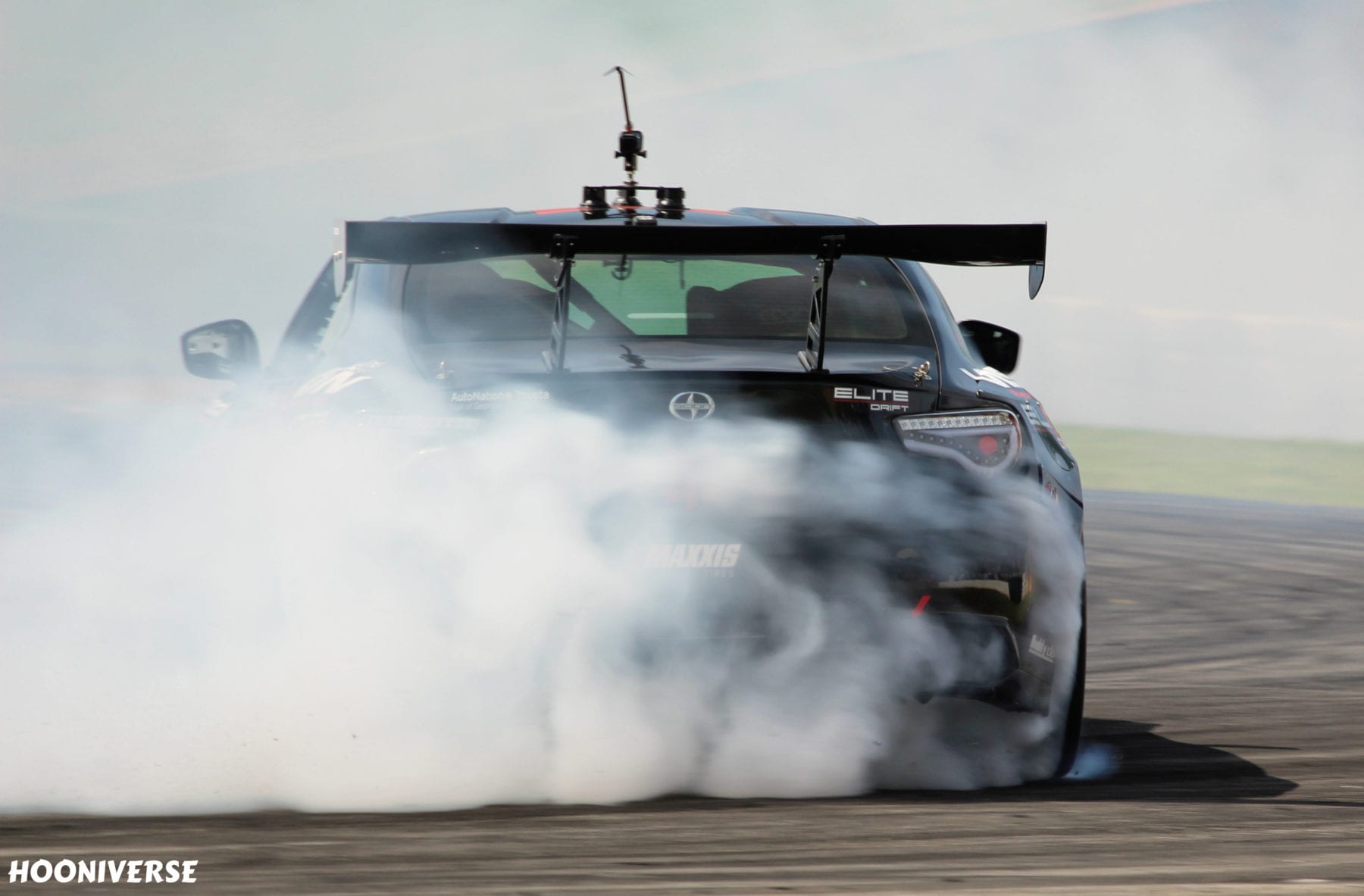 One of the challenges of shooting drifting is dealing with the smoke. One of the main things which makes drifting shots cool is also the thing that makes it challenging – the cars basically conceal themselves behind smoke depending on your angle so you can easily lose a subject. I was trying to work that to my advantage for a few shots and this one worked out the best. 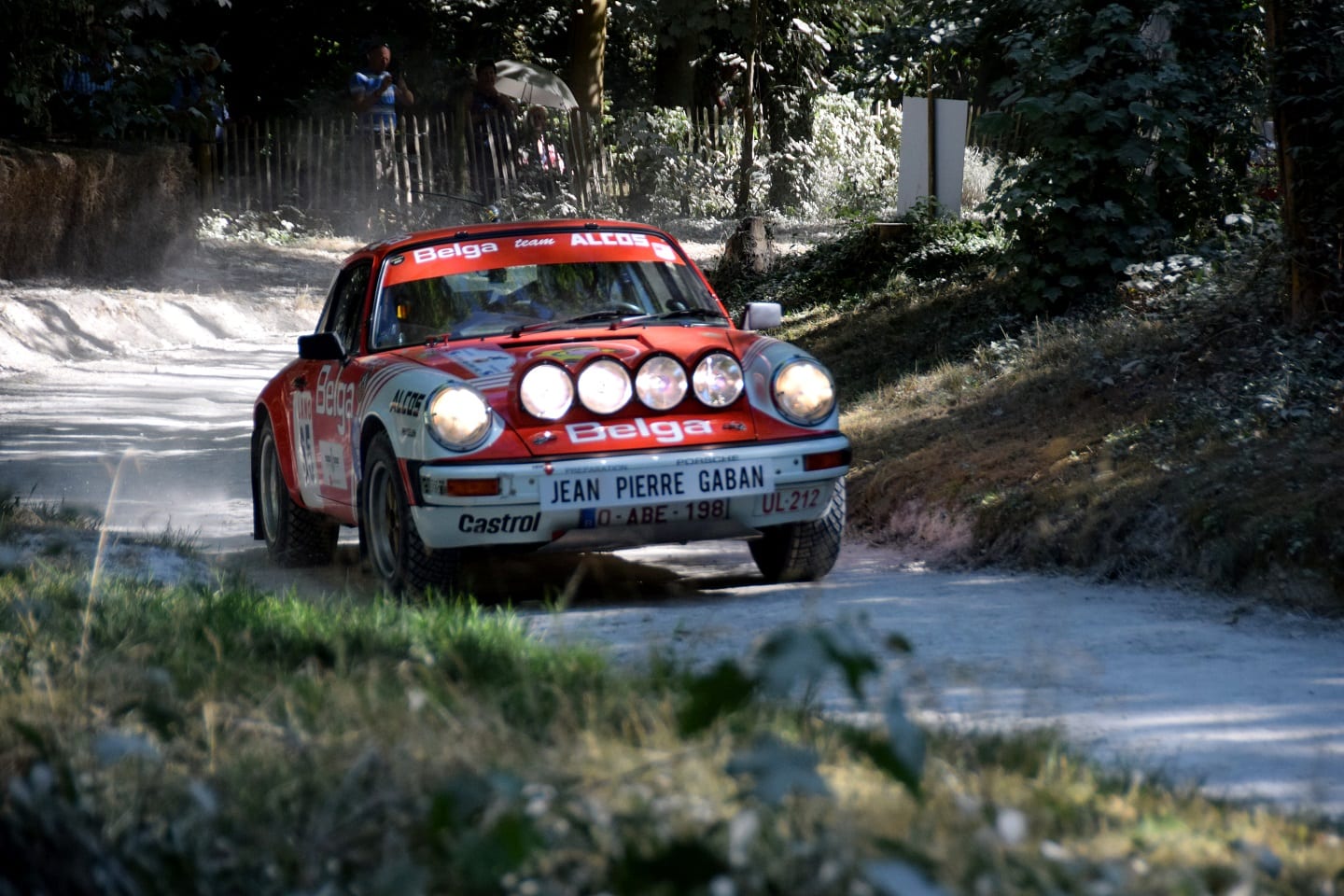 Per Chris: Whenever I attend a motorsport event, I end up suffering severe lens envy. In the absence of super-expensive glass for my Nikon, I treasure any shot I take that manages to capture the essence of what I was experiencing at the time. This Group-B prepared Porsche 911 wasn’t being driven gently on Goodwood’s live rally stage, and its speed meant I only managed two exposures, of which this one was the most action packed. It was a shame that, being one of the early cars to go through in that session, there was only a little airborne dust to add atmosphere, but hell — it’s a 911, and it’s being driven in anger. 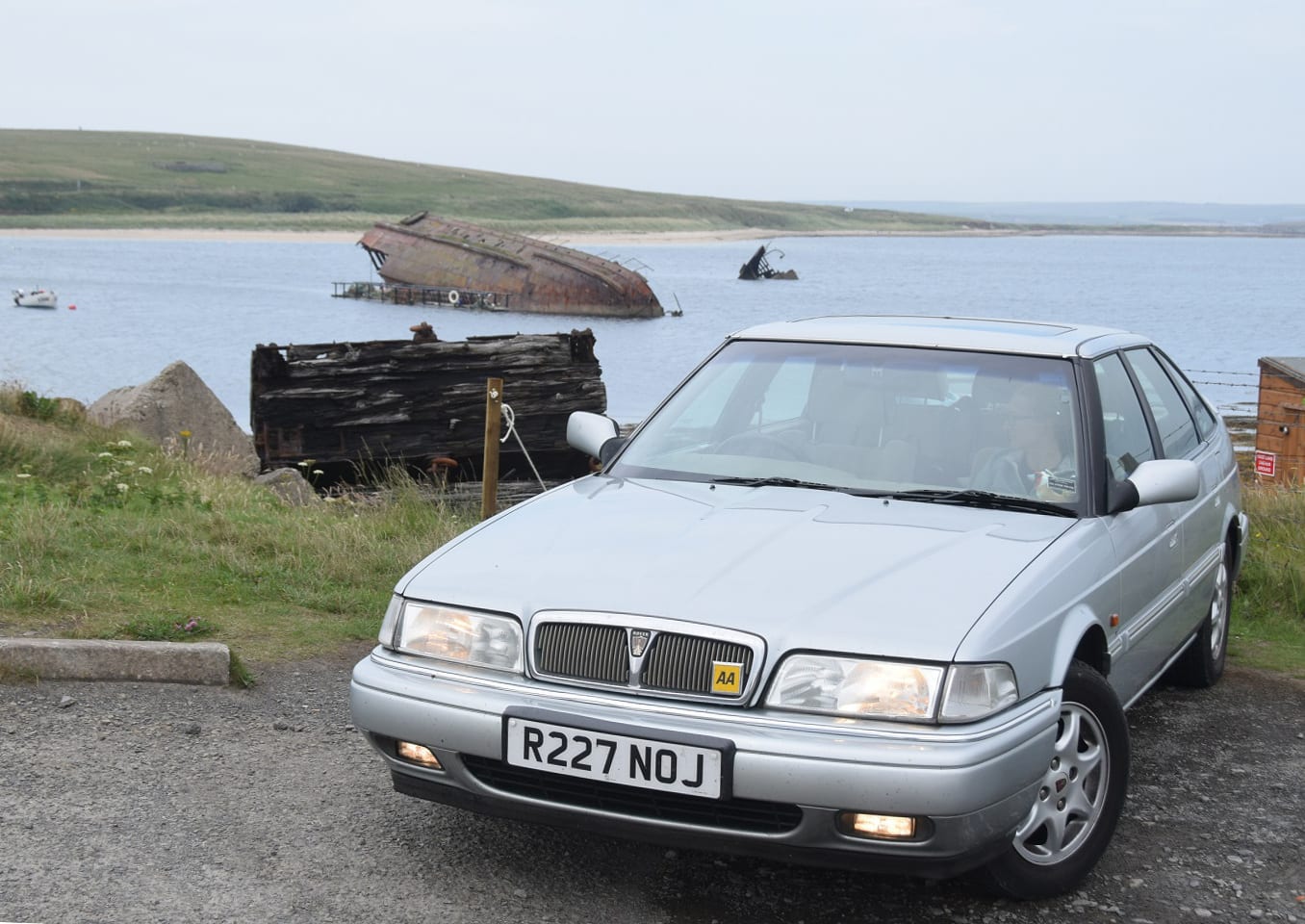 I like this one purely because it tugs at my heartstrings. It was taken right towards the end of my Summer drive to Orkney and back, a 1500-mile feat of endurance that only a lunatic would entrust to a 21-year old Rover 800. I thought it was funny to show a rusting old metal hulk in the same frame as, well, _my_ rusting old metal hulk, and ended up capturing one of the pivotal moments in my motoring year. Taken next to one of Orkney’s WW1 ‘blockships’ that were sunk as an anti-submarine measure, the photo combines history, my most prised possession and one of the most remote spots in the UK.

This was Ross Ballot’s pride and joy for quite a while and one of our coolest contributor builds. Great scenery here. 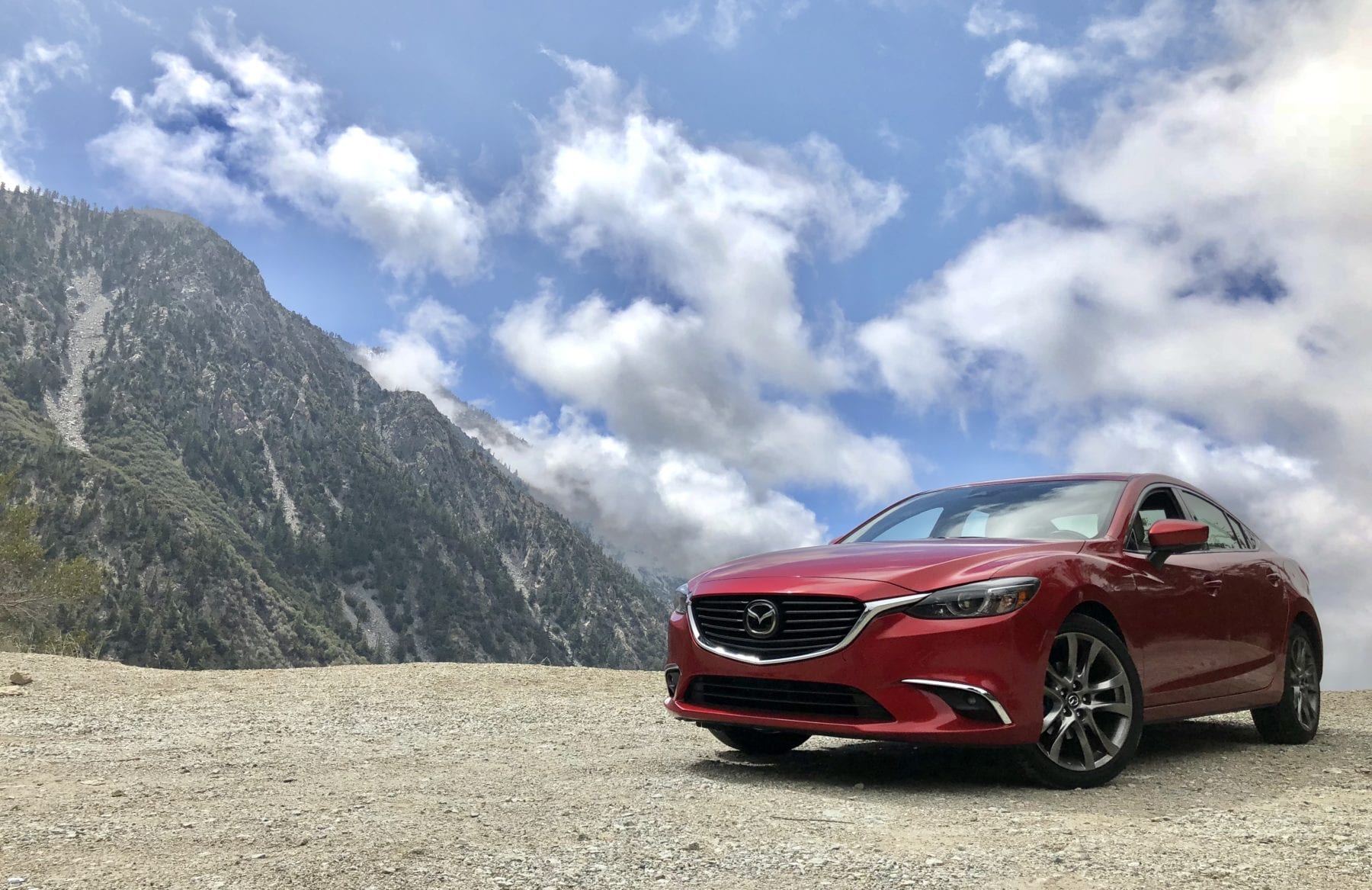 You always remember your first press car. Ross got to drive a Mazda6 through California and this was the coolest shot he got. Not surprised to see he included it in his top 5. 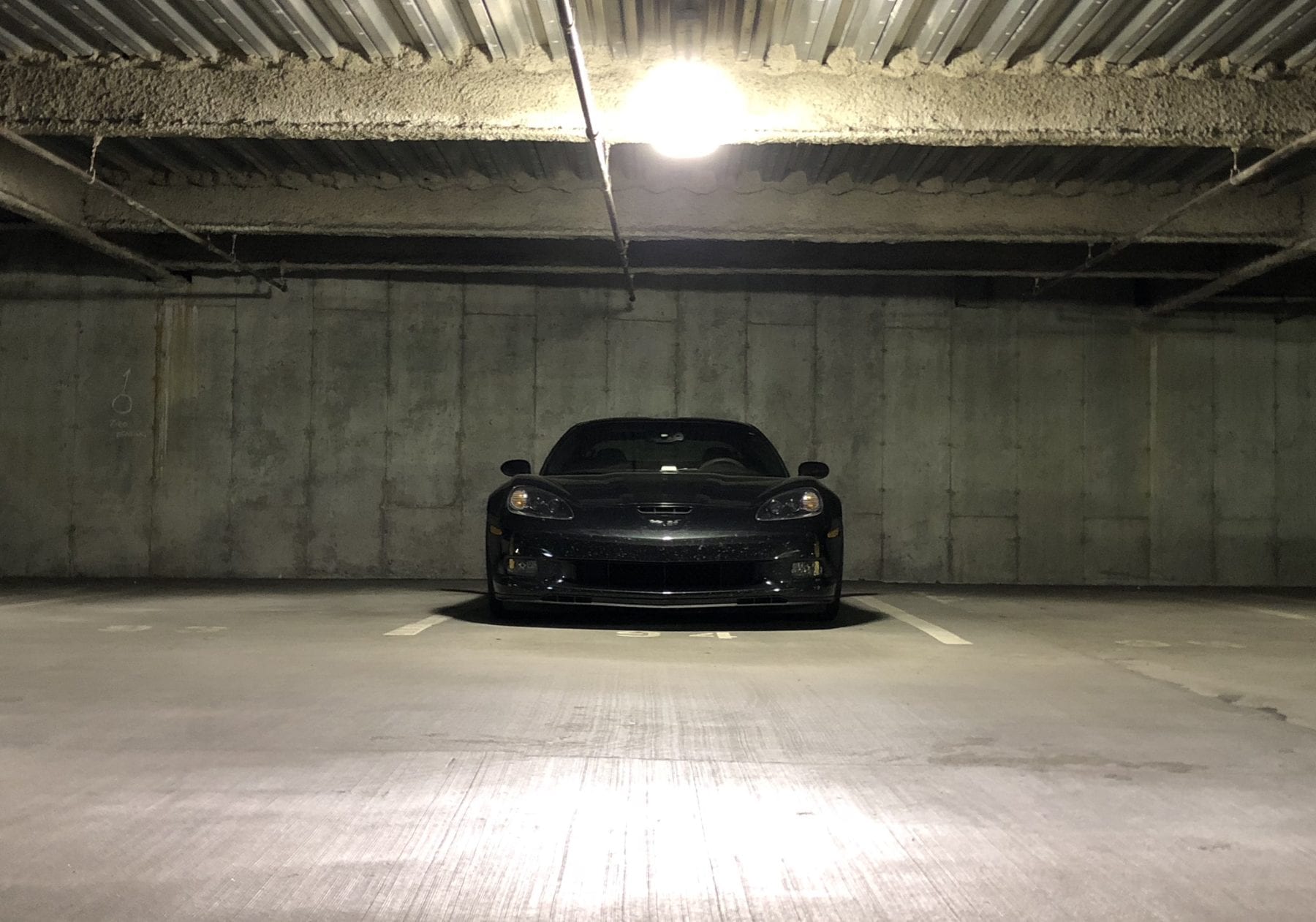 Back when he was still in love with his C6 Corvette Grand Sport, this shot shows just how menacing of a car it was. You can read about some of his experiences in his 100 Days of Grand Sport recap.

Spoiler alert: he replaced it with this gorgeous new 4Runner. We like the sun peeping through the trees on this one.

If Ross didn’t pick this one, I would have for him. Both him and I (Greg speaking) rented Mustang GTs in California a few weeks apart and had different takeaways from it. I ended up ordering one afterwards… him, not so much. But this shot he grabbed from the Pacific Coast Highway is spectacular. 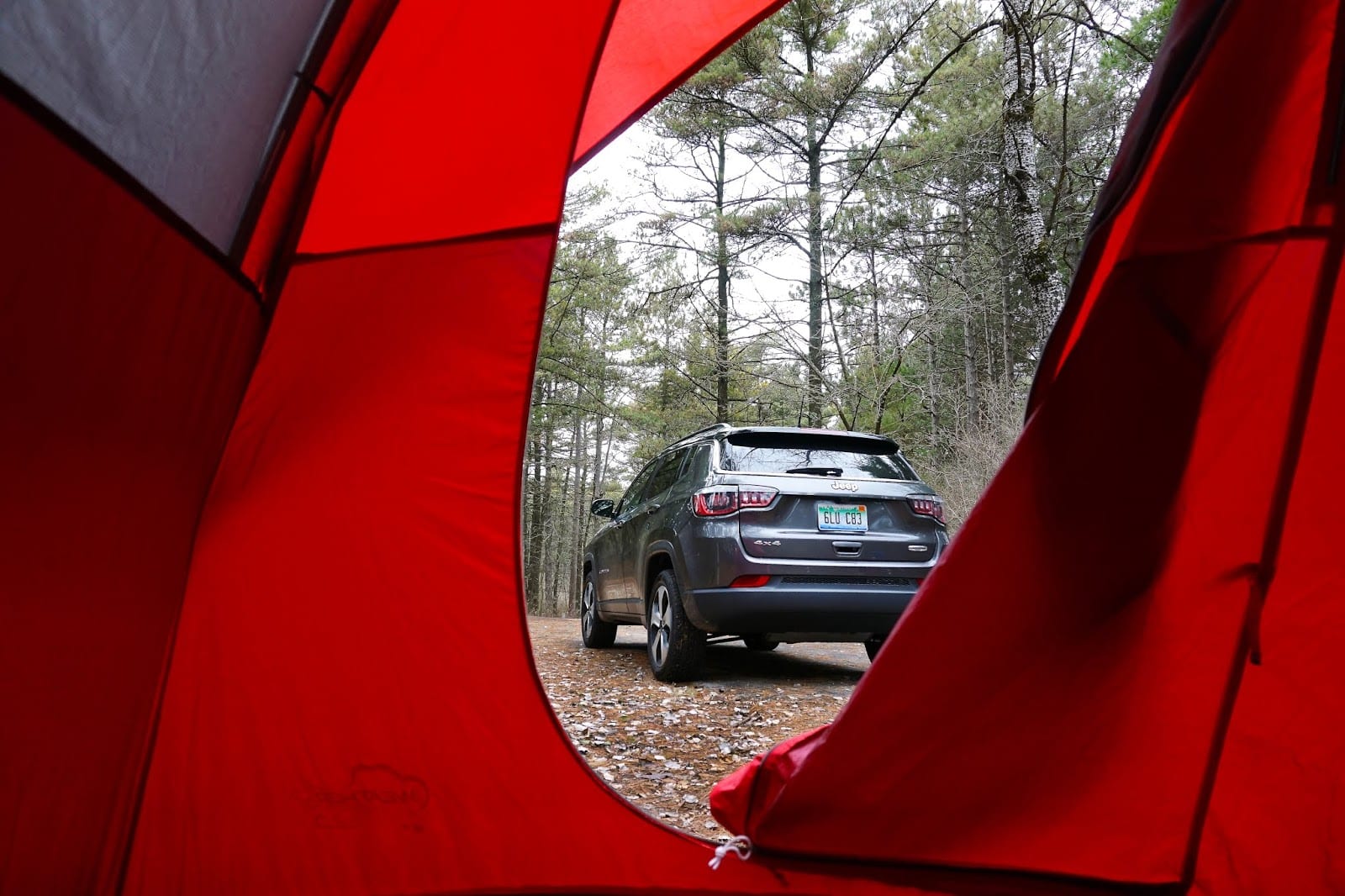 Per Robby: The temperatures were chilly, but the heated seats and steering wheel in the 2018 Jeep Compass Latitude that Robby was testing for a week proved to be a welcoming surprise after some late fall camping at Kohler-Andrae State Park along Wisconsin’s sand dune shores north of Milwaukee. 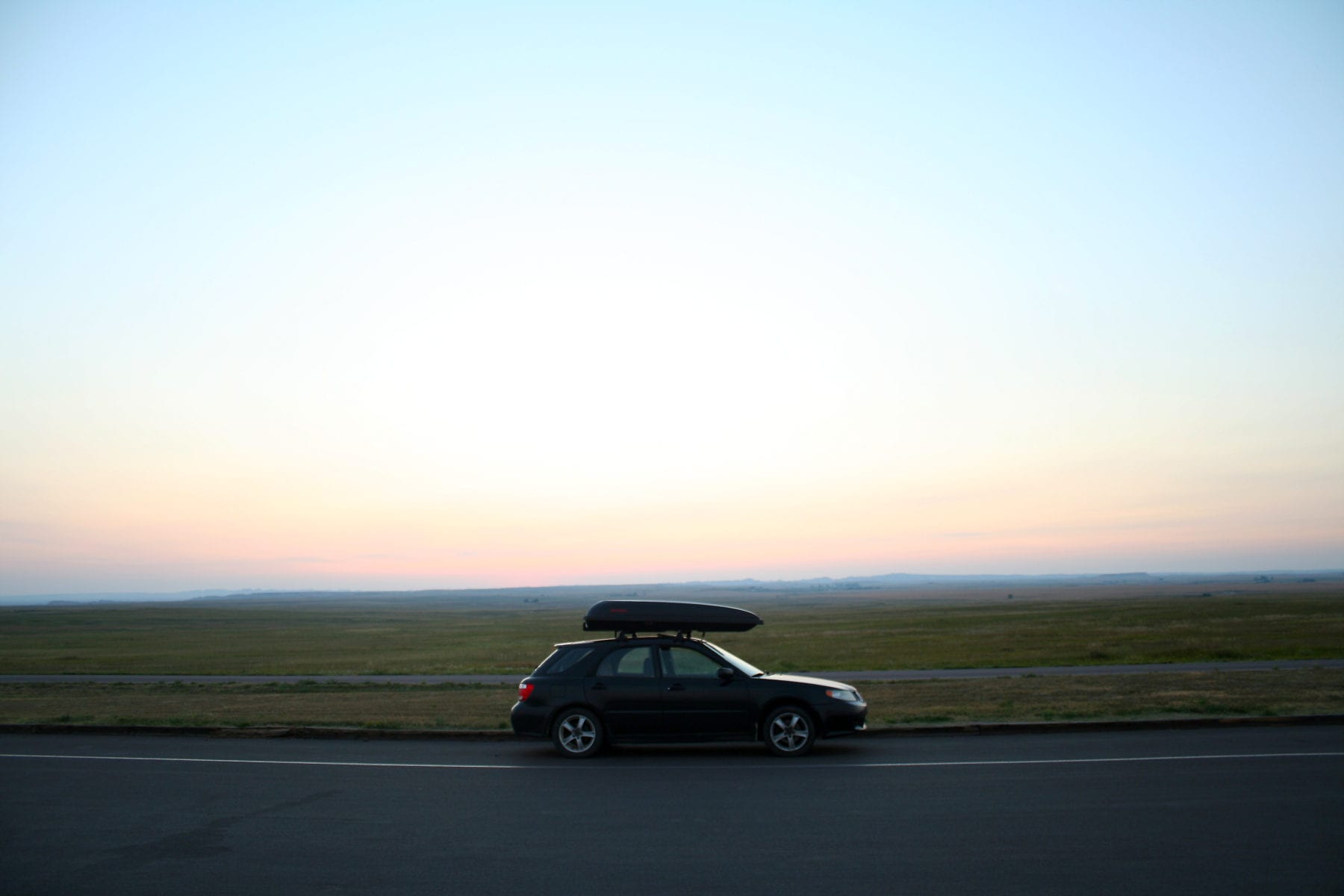 The freedom of the American open road and passport to our spectacular public lands is best done in a station wagon. Over Labor Day weekend, Robby took his beloved 2005 Saab 9-2x, dubbed the “Adventure Mobile,” on a long trip west to explore several national parks including Badlands, Wind Cave, and Buffalo Gap National Grassland. A week later, he arrived back in Wisconsin with a few ticks over the 222,000 miles on that Saabaru’s odometer. 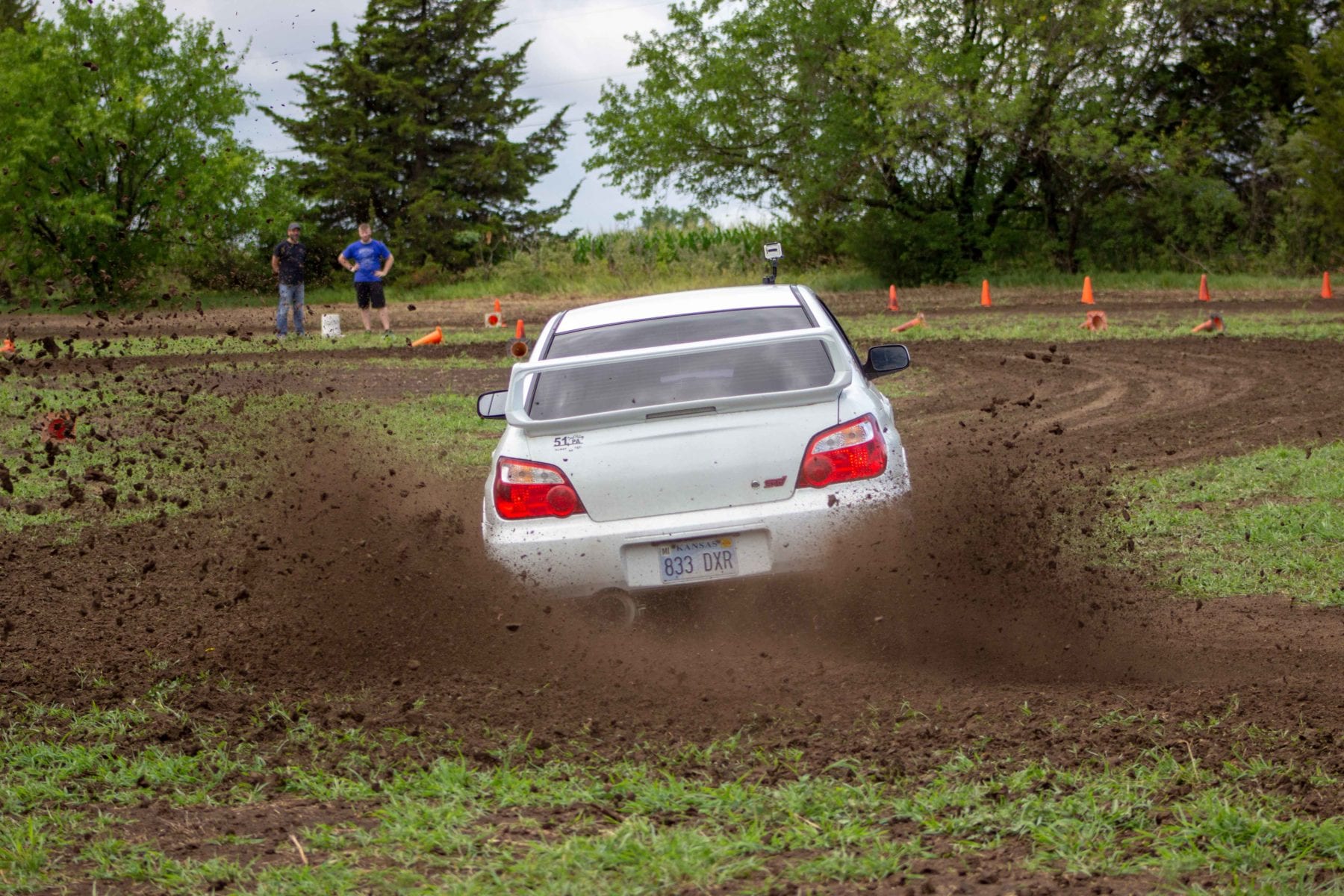 Chris sent over several shots of some cars playing around in the mud, but I chose this one because of sick rooster tails being kicked up by this Subie. He sent it. 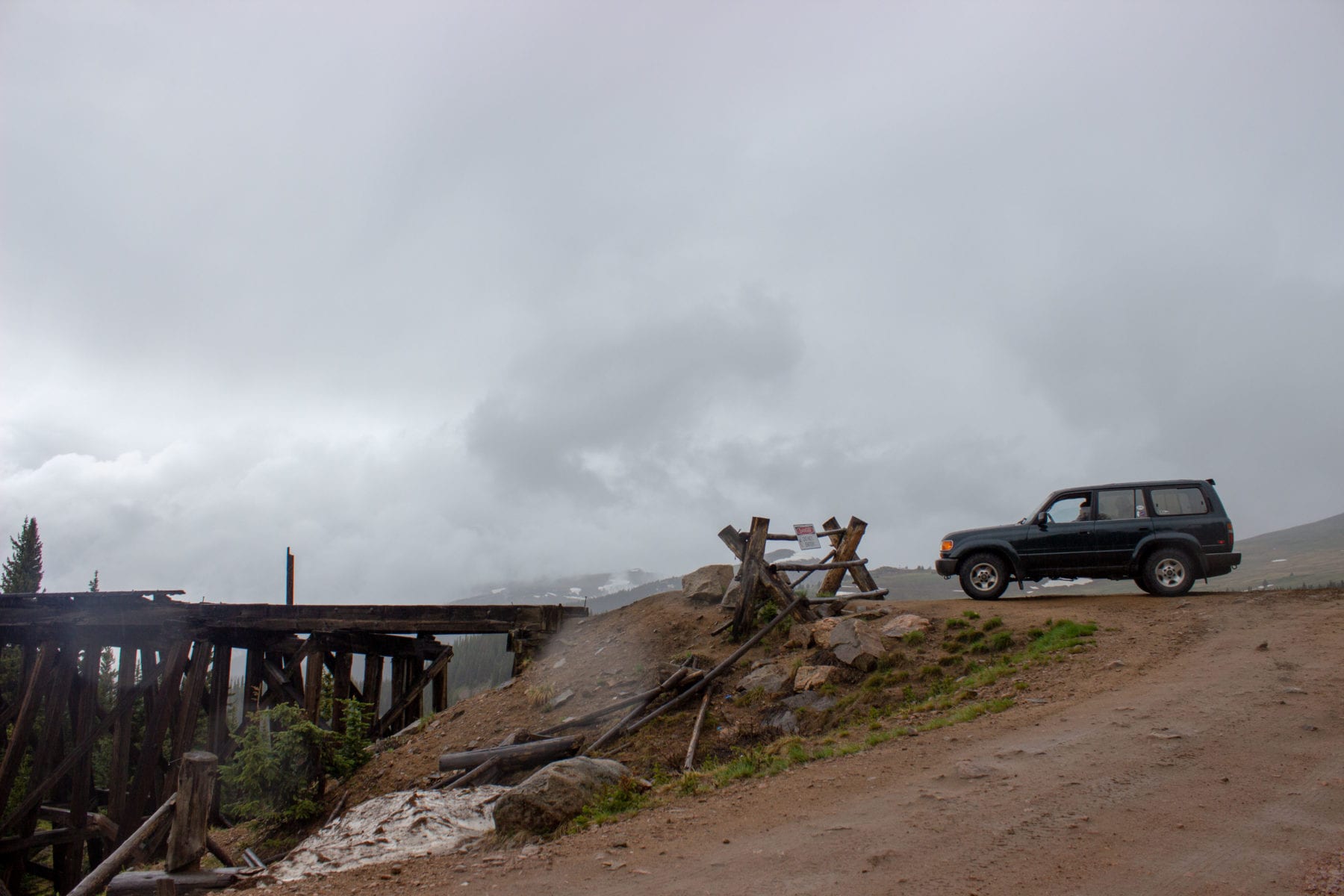 Land Cruisers are meant for exploring and that’s exactly what this one was used for. Such a neat location. Bridge looks safe to me. 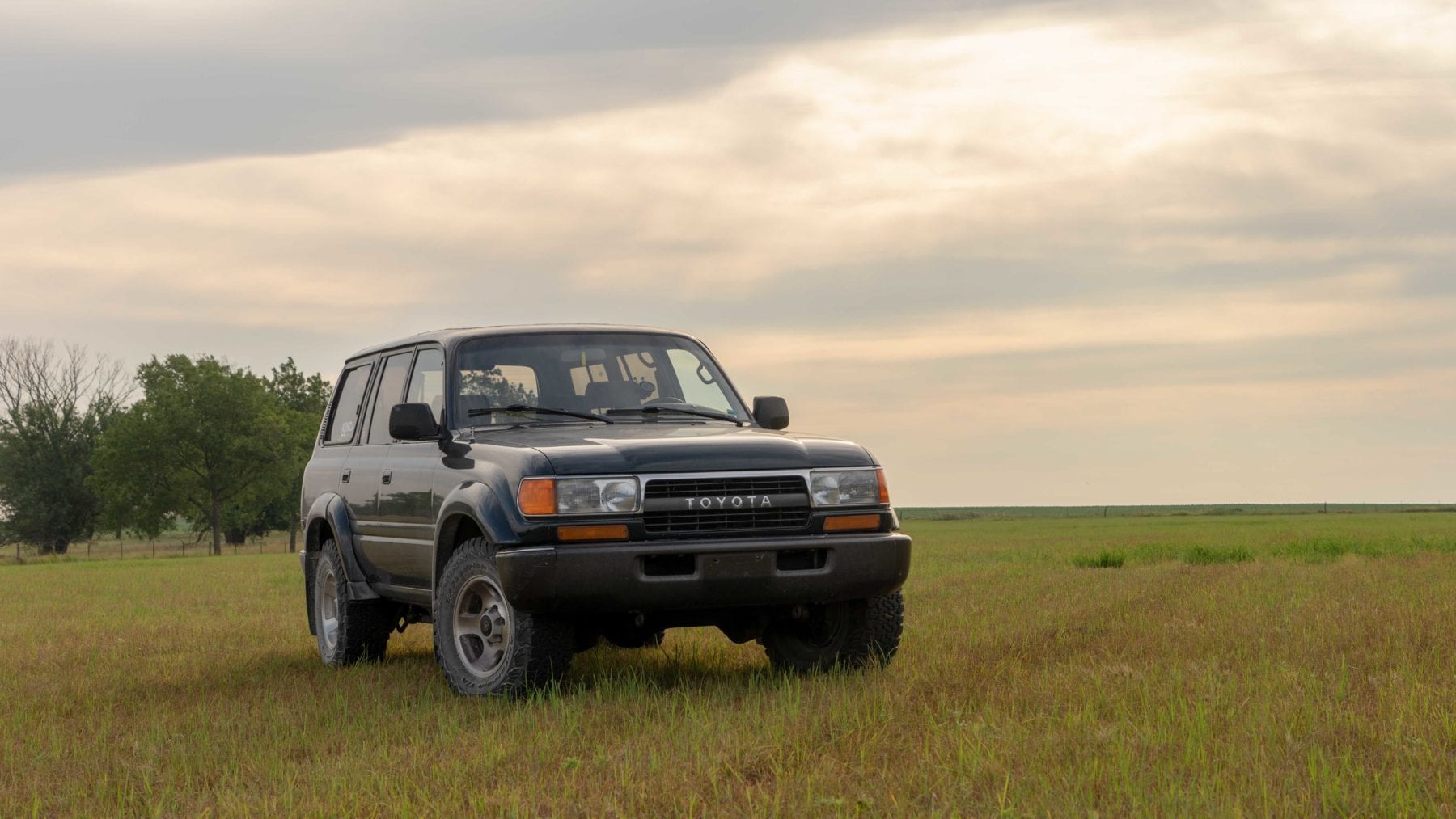 And because every car needs its glamour shot… 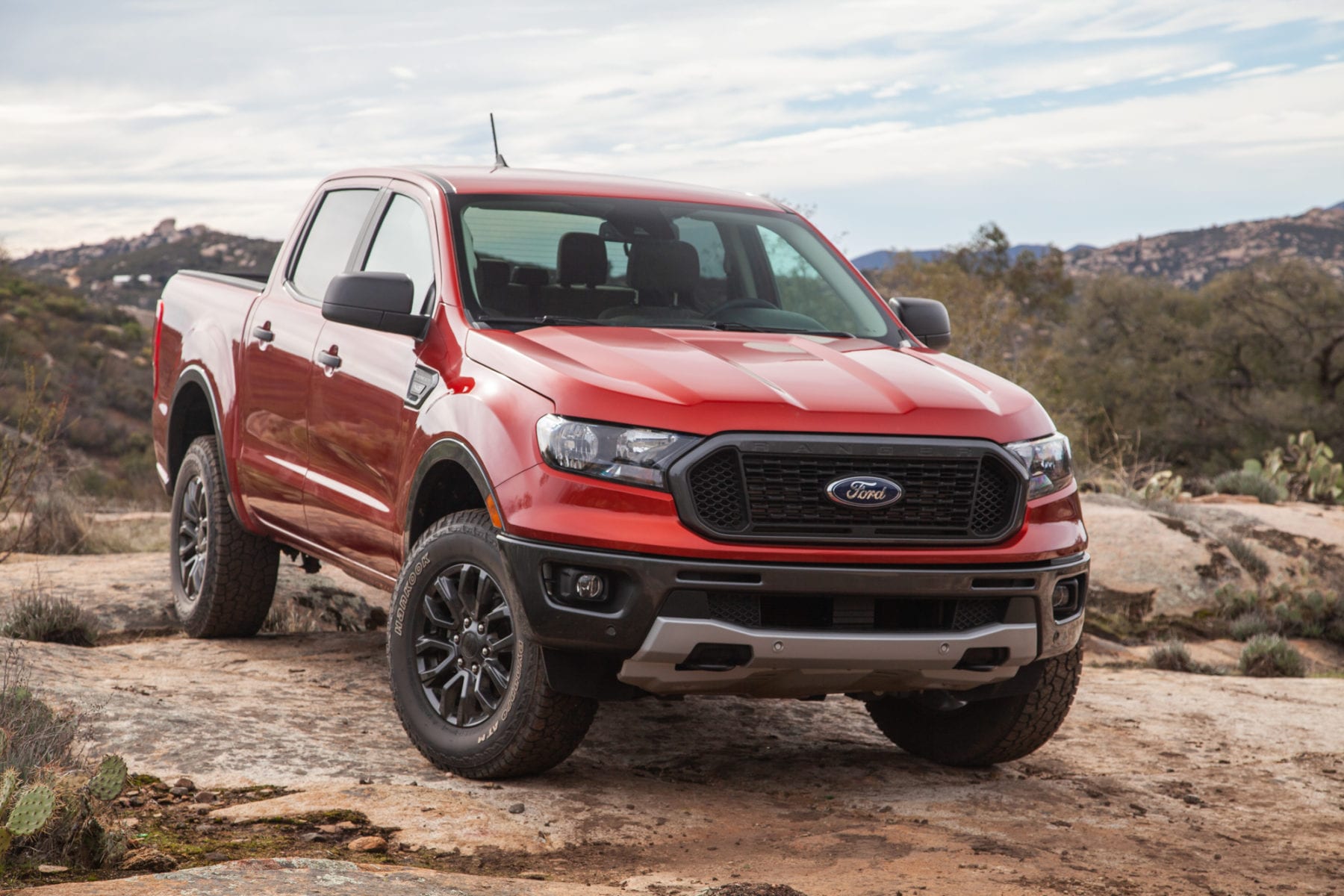 I picked a couple shots from the recent Ranger press drive on Jeff’s behalf. Gorgeous framing and background here. 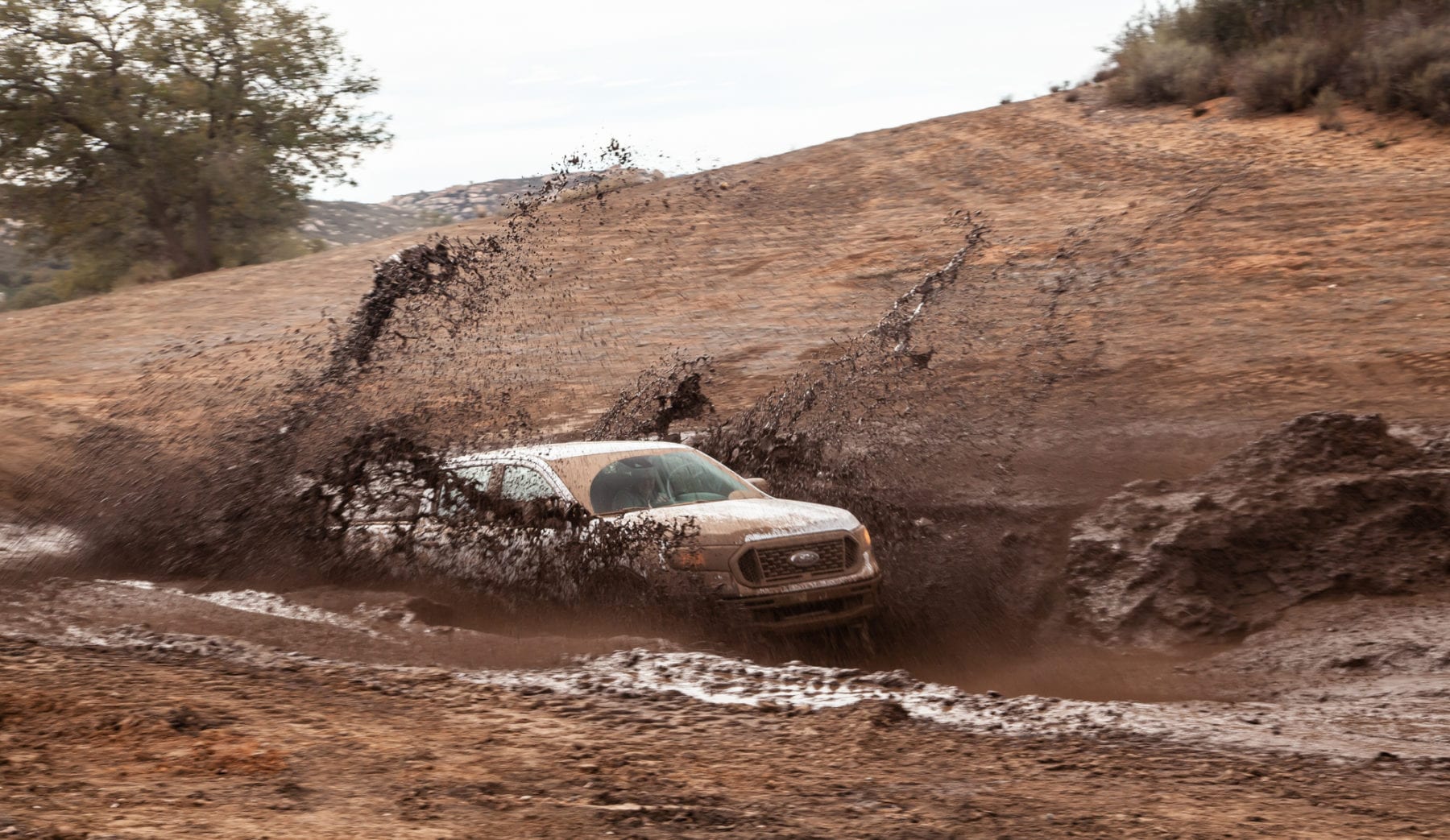 And this is probably my favorite from his set. Turns out we don’t need the Ranger Raptor to get dirty.

That’s it from us. Thanks again for sticking around for another year. We’ll have lots more to fill these pages with in 2019 and we’re going to be pushing the limits of this site redesign for images we capture this year. We’re excited to show you.

Of course, Hooniverse isn’t just a one way street. If you took any automotive shots in the past year that you’re proud of, post them up!