Welcome to the Hooniverse Motorsport News Off-Season report. The “off-season” is nearly off, as this particular round even has some event results. I continue to look forward to the 2012 season, as it is nearly guaranteed to be a good one. Enjoy the offseason; it’s over in about two weeks. This particular round of Motorsport News will include massively reworked, redesigned, and improved design spoilers, so beware of that. This week:

The 33rd running of the Dakar rally ended yesterday in Lima, Peru after 15 straight days of stages, one unfortunate fatality, and an oddly placed ice storm. The competitors that made it all the way to the end are deserving of high praise, regardless of position, as desert, mountains, and the constant push can put a lot of pressure on a man…or woman.
The overall victory goes, yet again, to Stephane Peterhansel. Peterhansel has won 3 previous Dakar in the car category, and a staggering additional six victories in the motorcycle class. Peterhansel led a 1-2 finish for MINI over teammate Roma. Giniel De Villiers pulled his Toyota to a tremendous podium position, ahead of the third MINI of Novitsky. After leading early on, Robby Gordon is tentatively classified in fifth. I say tentatively because Gordon finished out the rally under appeal after being “rejected from the rally” for an unapproved tire inflating system that was supposedly pressurizing his intake manifold for an interesting style of “redneck supercharger”. (can’t most superchargers  be classified the same way?) Regardless, in classic Gordon style, Robby told the French authorities to “Kiss his ass”, and kept on with the rally.
In the motorcycles class, as predicted, the battle came down to a Despres vs. Coma battle on the factory KTM V-twins. Ultimately it would be Despres coming out on top after more than 43 hours of competition stages. Talk about an iron butt award!
As I mentioned before, tragically, on the first day of competition, Jorge Andrés Boero perished following a crash.  the 2012 Dakar was the Argentine’s second running.

The seventh running of the FIA GT classic endurance event was won con gusto with the Mercedes SLS AMG GT3 locking out the top three positions only 12 months after it’s competition debut at the same race in 2011. This year marks the first time that the race has been won by something other than a Porsche or BMW branded vehicle. The German team “Abu Dhabi by Black Falcon” claimed victory for Mercedes, its four drivers Khaled Al Qubaisi, Sean Edwards, Jeroen Bleekemolen and Thomas Jäger having completed a total of 628 laps (2103.3 miles) to establish a new record distance in the Dunlop 24 hours of Dubai. 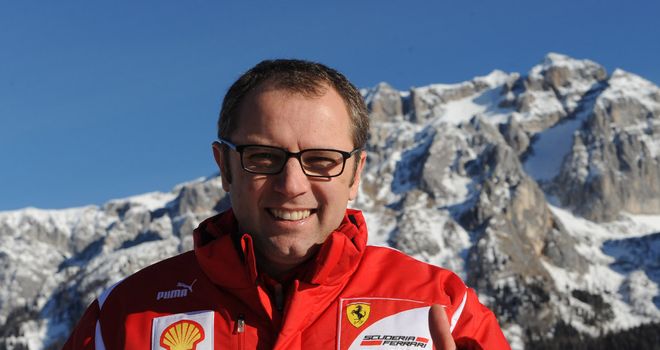 Will Massa survive in F1 beyond 2012? Domenicali comments.

At Ferrari and Ducati’s annual Wroooom winter press event, Domenicali was quoted as saying the following:

As you can imagine this year is an important year from Felipe,” said Domenicali during the Wrooom event. “We are expecting a lot from him and he is expecting a lot from himself. We need to be realistic, this is a crucial season for him and his future. We will do everything to help him. I am confident that Felipe will take out from himself the maximum he can deliver because the potential he has is very, very strong. I know what is around the subject from all over the world, but I know Felipe when he is under pressure is performing better and I am expecting from him a great season.

I can’t say much more than that… If I were Stefano, I’d say 2012 was “crucial” too. Felipe, I suggest you find where you misplaced 2008 Massa, and bring him back. You’re looking a bit old hat, chap.

Mr. Hand is currently one of the most talented American sports car drivers on the circuit, and it seems that BMW motorsport has figured that fact out. Last year was a big year for Joey with a 24 hours of Daytona victory to start off the year (where he will be again competing with Ganassi’s BMW powered Riley Daytona Prototype).  Hand followed that up with a GT class victory at the 12 hours of Sebring and two additional ALMS race wins taking the drivers and teams championship in the process with Dirk Muller’s help in the Rahal Letterman Lanigan BMW M3 GT2.
For 2012, Hand will be doing the majority of his competition in BMW’s new DTM class M3. BMW has also committed him to run a full season in the ALMS as well, reprising his role in the Team RLL M3. Where the two schedules overlap, the DTM championship will take precedence such as when the ALMS’s Elkhart Lake round coincides with the DTM racing at the Nurburgring, and when Petit Le Mans takes place on the same October weekend as the DTM finale at Hockenheim. Hand claims he had no issue with switching between the two BMW M3s during the course of the season.

A few for the road…

South African endurance racing legend Wayne Taylor should be proud. His two sons Jordan and Ricky are steady up-and-comers in the world of sports car racing, and both are already extremely accomplished. The younger Taylor, Jordan, has recently been announced as an additional driver for the Corvette GTE team in 2012. When Corvette competes at the 12 hours of Sebring, the 24 hours of Le Mans, and Petit Le Mans at Road Atlanta, Jordan will be drafted in to drive, replacing Antonio Garcia. Garcia has been moved to full time team driver with the retirement of Olivier Beretta.

Audi has begun testing it’s 2012 World Endurance Championship ride. The R18 has served the team well with a victory at Le Mans last year, so it is likely that this successor will take many cues from the R18, though it is currently an unknown quantity. We don’t know what Audi are calling the car, the team has not revealed any specifications of the car, or even commented on how it differs from the outgoing R18. Marcel Fassler, Andre Lotterer, Benoit Treluyer, Dindo Capello, Tom Kristensen and Allan McNish are currently in Sebring, FL giving the car a thorough shakedown before returning there for the inaugural round of competition in February.
Also at the Ferrari/Ducati event…  Provide your own caption below.