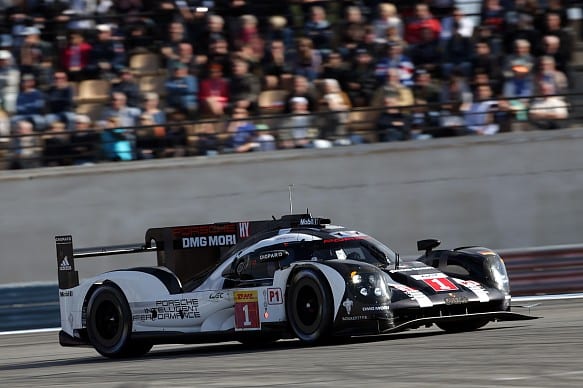 As much racing as there has been in recent weeks, there was surprisingly little going on this weekend. There was, however, a production car race in ‘Straya, A new racecar launch, a tremendoustly bad race in France, some WEC testing, a bit of F1 news, some IndyCar news, some Trans Am disappointment, IMSA news, a bunch of press releases, and some cool stuff that I found around the ‘net. It was EASTER, NASCAR DON’T RACE ON EASTER, SILLY! The racing will only continue to get hotter from here, so we’ll do our best to help keep your finger on the pulse. Just be aware of the fact that this post is filled with spoilers. Giant carbon-fiber, multi-element, DRS-equipped, Gurney-flapped, Spoilers! WEC Prologue Test Day Results Porsche Unveils New 919 Hybrid LMP1 Alongside New Audi and Toyota  Bathurst 6 Hour Production Car Race Has Raucous Finish Hinchcliffe Gets His Own Beer F1 Undoes Knockout Qualifying Cancellation Acura Launches NSX GT3 In New York McLaren 570S GT4 Hits The Track For The First Time Trans Am Announces Non-Spectator Event At Road Atlanta Indy 500 Tickets Almost Sold Out IMSA DPi To Race At Le Mans EVO Crowns Their Track Car of the Year French GT Tour is a Shitshow A Drone Pilot Takes on A Formula E Car R&T Talks Greenwood Corvettes

https://www.youtube.com/watch?v=w8-yD4krvKk The WEC prologue was a two-day test taking place late last week, and was the first opportunity for fans to see their favorite racing teams up close and personal like. This was the public debut of the three new LMP1 contenders from Porsche, Toyota, and Audi, not to mention the European debut of Ford’s raucous GT. LMP1  In the P1 class, it was much the same as things were last year, the times were very tight and very close, with the five factory cars separated by just over a second and a half, but Porsche’s Brendon Hartley led the pack in the #1 championship defending 919 Hybrid. Hartley – Porsche 919 Hybrid – 1m37.448s Jani – Porsche 919 Hybrid – 1m37.487s Sarrazin – Toyota TS050 – 1m38.273s Treluyer – Audi R18 e-Tron Quattro – 1m38.827s

Brendon Hartley – Porsche PR “It was a very successful test. After our recent testing was more on endurance we actually treated the Prologue like a race weekend. We were out on track on the dot when the session started and looked after improving our performance just like we would do over a race weekend. Of course, it is nice to lead every session but we don’t know what the competition is hiding.”

Here’s a video that Porsche put out that is pretty neat. It shows off their new 919 Hybrid and new livery. [vimeo]https://vimeo.com/160453538[/vimeo] Here’s the Toyota TS050 https://www.youtube.com/watch?v=xpedS7imXcw And the Audi R18 e-Tron Quattro (2016) https://www.youtube.com/watch?v=Vk0vQ7uNqwM Oh, and here are some pics of Mahk Wibbah checking out the competition… Just for funsies. 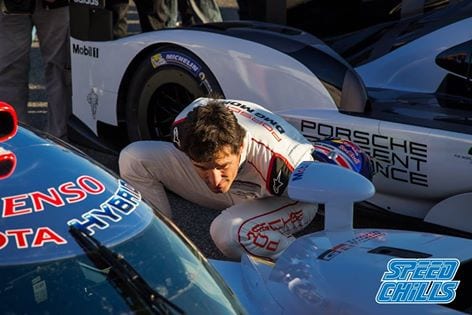 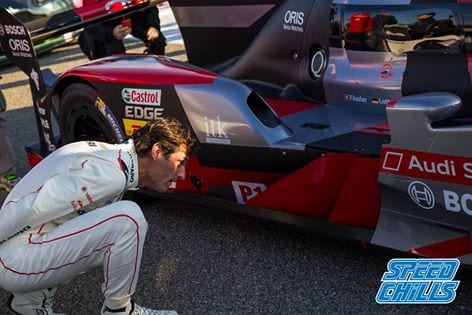 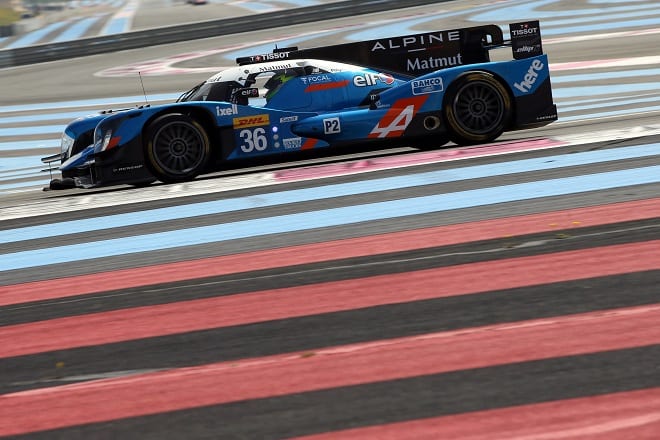 In LMP2, it was the Signatech Alpine squad who took the fastest time of the test. Driver Nicolas LaPierre drove his Nissan powered ORECA 05 to a top time of 1m46.974s, which compared favorably to Jonny Kane’s Strakka Racing Nissan powered Gibson chassis (1m46.99s). GTE The GTE class cars were not driving to their outright pace, as nobody in the class was driving as quickly as they achieved in the test last year, giving up more than half a second, despite the cars receiving more power and more efficient aero. Regardless, Gianmaria Bruni set the quickest GTE Pro time in his AF Corse Ferrari, and Paolo Ruberti was quickest in GTE Am aboard the Larbre Competition Corvette.

Bathurst 6 Hour Production Race Is A Tale of Two Evos

I don’t really know how to explain what happens in this race, so you’ll just have to watch it. After almost 6 hours of racing, this is the battle for Class A. This is good stuff, but some dumb moves made. What is your take on it? Comment below. https://www.youtube.com/watch?v=6jwgV8x8PAw

James Hinchcliffe Has His Own Beer 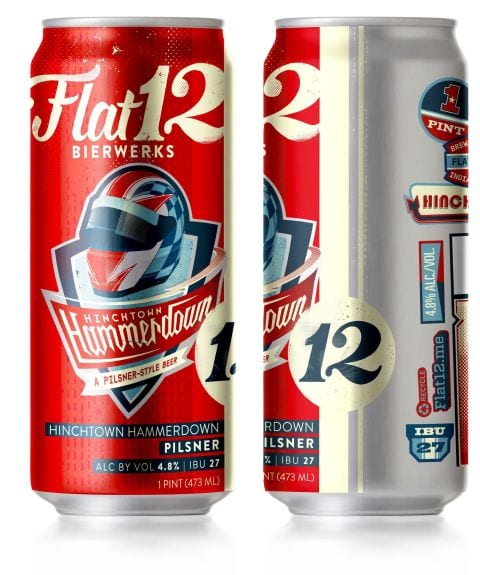 In “News Jeff Glucker Wants To Read”, Canadian IndyCar racer has his own limited edition brews coming out ahead of the Indy 500 this year. Indianapolis-based brewery, Flat12 Bierwerks (must be Porsche fans), has been working with James to produce his own frosty brews, including the Hinchtown Hammerdown pilsner (now available in cans), and upcoming “The Bricks” red IPA. Read more about it on RoadAndTrack.com.

Last week, we told you that F1 had scrapped their lacklustre qualifying format following a debacle in Australia and the teams/drivers shouting about how awful it was. Fans were also displeased with the qualifying session, as the track was empty for much of the running. Well, in their infinite wisdom, F1 has decided to un-scrap their knockout qualifying format, and bring it back for the next race in Bahrain. Kneejerk much?

Acura Launches NSX GT3, And It Is Awesome!

GT3 racing is some of the best racing in the world right now, and this only makes things better. Unveiled at the New York International Auto Show, this NSX-based racer will make its track debut in early 2017. The car is currently undergoing testing and homologation procedures for the FIA GT3 category. The NSX GT3 will be powered by a 3.5-liter, 75-degree, twin turbocharged DOHC V-6 engine, delivering power through a 6-speed sequential gearbox to the rear wheels only. The race car uses a production NSX body and aluminum spaceframe.

Art St. Cyr, president of Honda Performance Development “The NSX was designed as a pinnacle expression of Acura Precision Crafted Performance, and we’re looking forward to proving out its ultimate performance capabilities in GT3 racing. We’ll be working with the NSX engineering teams in Ohio and Japan to bring our dream of a truly world-class new Acura NSX racecar to fruition.”

https://www.youtube.com/watch?v=hQZplW9HAyo YouTube channel 19Bozzy92 is nothing if not diligent. Good on ya! That car looks damn mean for a GT4 car. I think I like the way this one looks better than the 650S GT3, which is already an attractive car.

Trans Am Round At Road Atlanta Private? 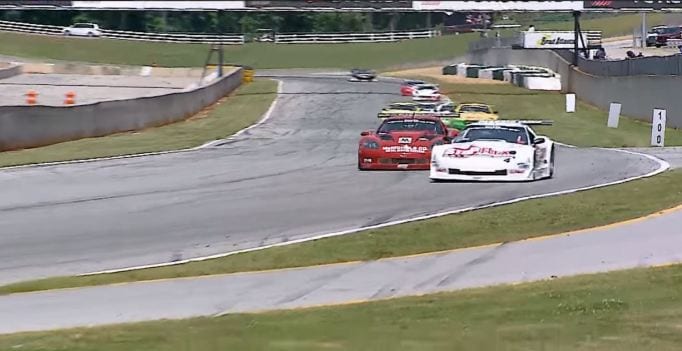 This has arisen in discussions lately, and I’d be interested to hear your take on it. I’ll give my opinion, but I’d like to hear yours as well. First, read this bit over on NAsportscar.com. Okay, so it is relevant that having spectators costs money for insurance and facilities cleaning and whatnot. Perhaps that is money that Trans Am do not have, or perhaps they are just being cheap. For whatever reason, the people in charge do not believe that they will attract enough spectators to make it worth having the gates open that day. Remember, much of the Trans Am series this year will not be televised, or live-streamed online either. Because it is impossible.

By the tone of my questions, I’m sure you can guess how I feel about this.

If you want tickets to the 100th running of the Indy 500, you’d better call today. IMS expects the race to be a sellout crowd, which is impressive. I’ve seen the place first hand, it’s huge.

This is almost mandatory reading if you’re at all interested in the future of prototype racing. Check out DailySportsCar.com or Racer.com for more on this story.

GT Tour Race In France Is A Mess

I don’t really know how many cars showed up for this race, but I believe it is a single-digit number. Like 9. To add insult to injury, only 5 (I think) of those cars were actually “GT” cars showing up for a GT race. The rest were LMP3 prototypes. Next, this happened. https://www.youtube.com/watch?v=wKvARd7EbMk Yes, that’s right. A driver missed the pit lane entry, so he turned around and went THE WRONG WAY on the track, facing traffic. HOLY BALLS! Then, there was this mess. https://www.youtube.com/watch?v=vdOBsBf-hhY LE CRASH TERRIBLE! I don’t know if this was an intentional hip-check, or if the driver has no idea what “side draft” is, but in either case, he shouldn’t be allowed anywhere near a GT car ever again.

This is worth watching, if just for the glorious engine notes. That Alfa, man. I’d kill for that Alfa. https://www.youtube.com/watch?v=Wfe0oCSpQJA

Much like Formula E, many won’t understand the point of it. https://www.youtube.com/watch?v=TO6gHdq1gRE

Friend of The Hoons, Blake Z Rong Wrote About The Greenwood Corvettes, Go Read It

Read it over on Petrolicious.

Remember That Tiff Between Mikhail Aleshin And Seb Bourdais?

Well, the Russian is preparing himself for a fight! Cue ‘Eye of the Tiger’ 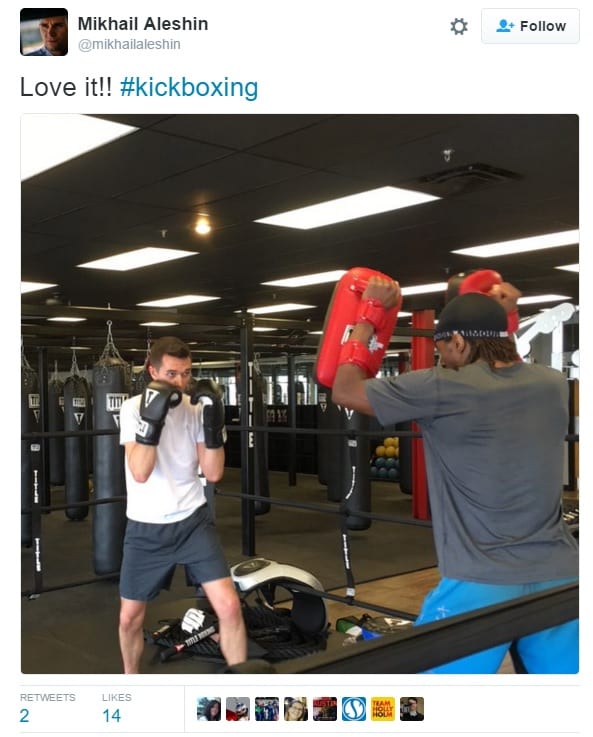 Racetech seats wants you to know that they are now the official racing seat supplier to Porsche Motorsport, McLaren GT, and Aston Martin Racing.

“To be supplying seats to three of the most prestigious racing brands in the world is not a bad place to be. We have at times supplied BMW Motorsport as well. We haven’t quite got into Ferrari yet, but we are working on it,” Managing Director David Black says.

Bentley Motorsport will contest more than 90 top-level GT races around the world in 2016, as both its works and customer team programmes expand. The Bentley Team M-Sport works outfit will now enter the full Blancpain GT Series and welcomes Wolfgang Reip to the Blancpain Endurance Series line-up.

Formula DRIFT would like you to know that they have announced their 2016 television schedule on CBS Sports network. Unfortunately they did not include that schedule in their PR e-mail, so… check your local listings, I guess?

In other news, Combos are still the official ‘Cheese Filled Snack of NASCAR’. 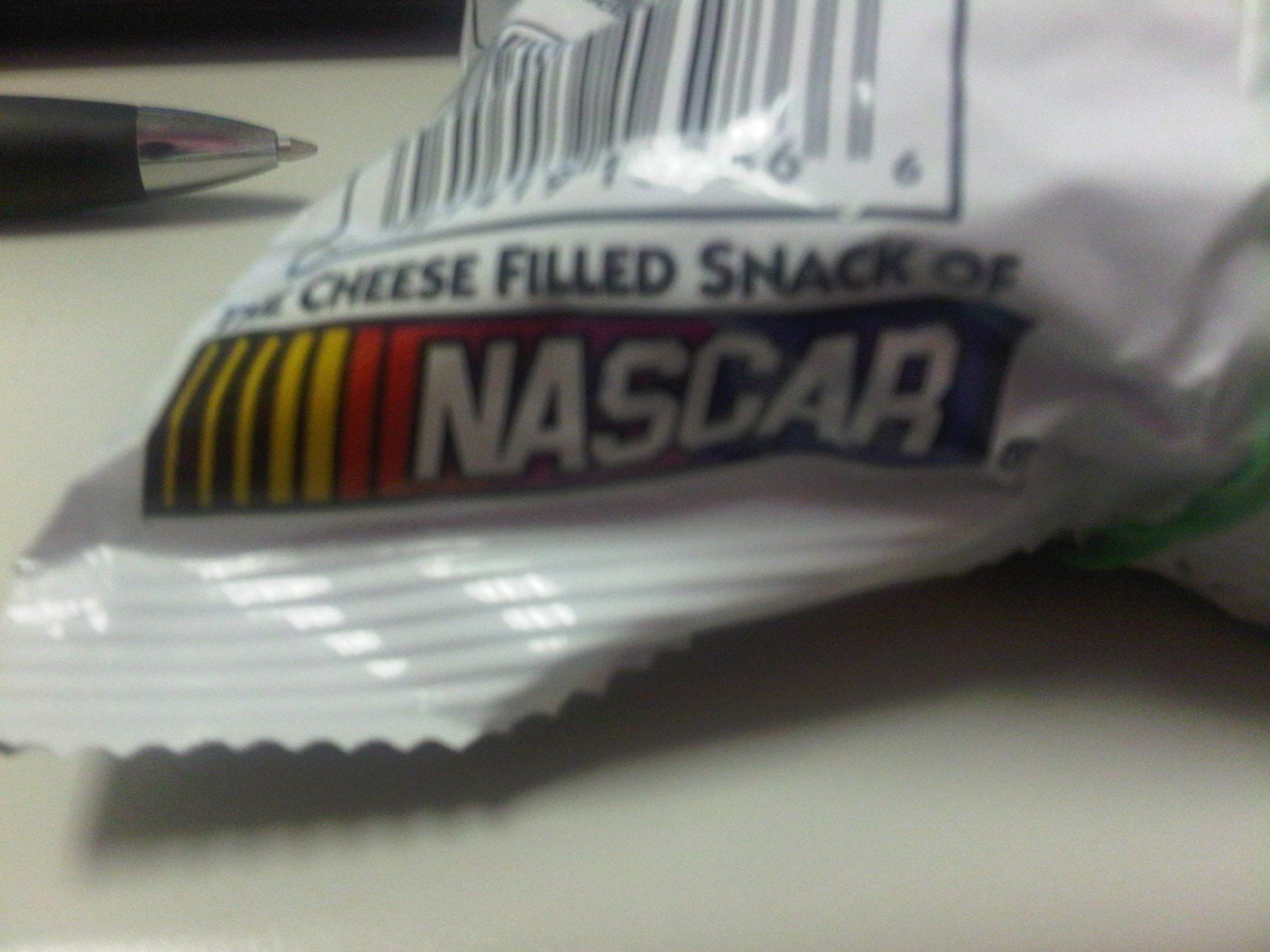