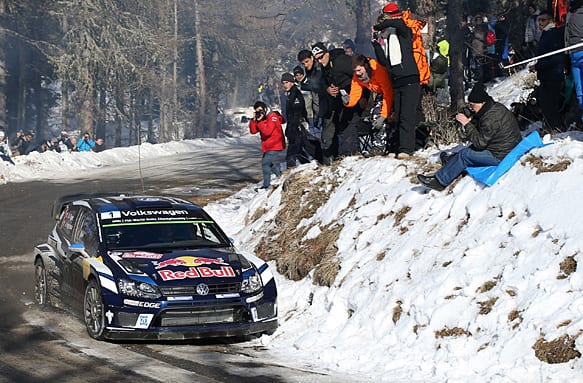 We’re a couple of weeks into “Motorsport Monday”, so now is as good a time as any to ask ‘How’s everyone liking it?’ I hope it’s been as enjoyable to read as it has been for me to write. The hope here is to give everyone a solid weekend/previous week recap on the happenings inside various motorsports. Is it working? This weekend was a bit on the slow side again, with just the biggest international rally ever, the Asian LMS season ender, and other various news. Just be aware of the fact that this post is filled with spoilers. Giant carbon-fiber, multi-element, DRS-equipped, Gurney-flapped, Spoilers! WRC Gamble Pays Off In Monte Carlo Asian Le Mans Series Season Ender At Sepang NASCAR Makes Up The Dumbest Rule Ever Indy 500 Gains Presenting Sponsor Daytona 24 Coming Soon Craig Lowndes Injured, Replaced For Bathurst 12 Hour Level 5 Motorsports Owner Scott Tucker In Trouble With FTC Automatic Invites To Le Mans Announced Monte Carlo Rally Sebastien Ogier stormed to a commanding third Monte Carlo Rally victory in as many seasons in his Volkswagen Polo WRC. Kris Meeke and his Citroen team put up a good fight through the rally, but he struck a large rock and incurred suspension damage knocking him a few minutes out of contention. Ogier’s teammate Jari-Matti Latvala had a horrible rally, and begins a championship bid on the back foot. During the first stage of Saturday’s afternoon competition, Latvala went off and broke his suspension. While re-entering the route, his car struck a photographer, and was later penalized for not stopping at the scene. In second place finished the third Volkswagen of Mikkelsen. The final step of the podium was earned by Hyundai’s Neuville, after running extremely fast on snow tires late Saturday. 3 Hours Of Sepang 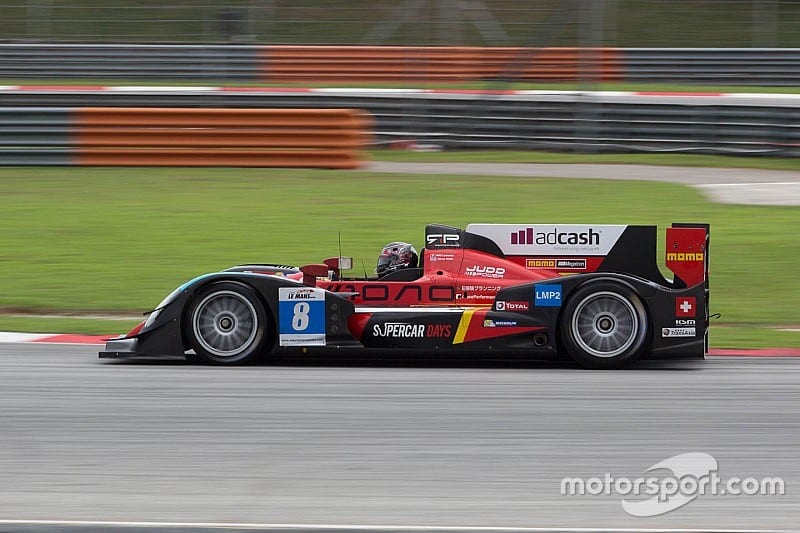 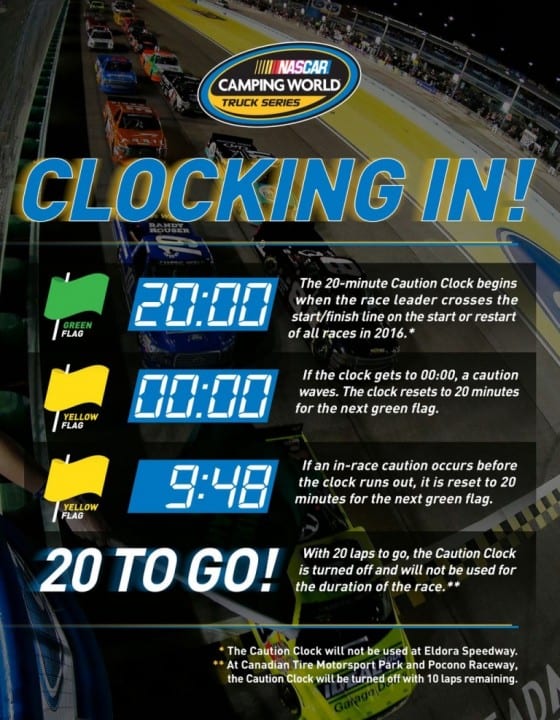 Dumb. Stupid. Idiotic. Dumb. Dumb. Dumb. This is worse than a Trump presidential campaign. NASCAR needs more commercial revenue, so they introduce this bohunkus. Raspberries in your direction, good sirs. Indy 500 Gains PennGrade Motor Oil Sponsorship The 100th running of the Indy 500 will be called “The Indianapolis 500 Presented By PennGrade Motor Oil”. This is the first time in the race’s history that it has had a presenting sponsor. Take from that what you may. Daytona 24 Hour Next Weekend! Daytona is one of my favorite races of the season, and this one should be a real hum-dinger. For the record, here are my predictions for victors in each class. I’m not often right, so we’ll see. Prototype – #90 VisitFlorida Racing Corvette DP – Ryan Dalziel, Ryan Hunter-Reay, and Marc Goossens Prototype Challenge – #54 CORE autosport Oreca FLM09 – Jon Bennett, Colin Braun, Mark Wilkins, and Martin Plowman GT Le Mans – #4 Corvette Racing Corvette C7.R – Oliver Gavin, Tommy Milner, and Marcel Fassler GT Daytona – #6 Stevenson Motorsports Audi R8 LMS GT3 – Robin Liddell, Andrew Davis, Lawson Aschenbach, and Matt Bell See the entry list here to make your own predictions. If you’re a Porsche fan, check out my Porsche-centric guides to the race over on FlatSixes.com. Craig Lowndes Injured The Aussie V8 driver suffered a broken clavicle after a motorcycle accident. Surgery has been undertaken, and he is expected to make a full recovery before the V8 Supercar season opener. However, the 2014 12 hour race winner will be forced to sit out of the Mt. Panorama race, where he was going to run with Garth Tander and Steve McLaughlan. Lowndes has been replaced by Audi ace Rene Rast. FTC Seeking Damages From Scott Tucker  The Federal Trade Commission submitted papers in Nevada federal court on Wednesday seeking $1.32 billion (with a ‘b’) in damages from Tucker and his late brother Blaine. The content is reported to have targeted the pair for “engaging in a scheme to deceive payday lending customers” through AMG Services. AMG Services allegedly charged their payday loan customers undisclosed fees, through which Tucker profited at least 419.8 million dollars. Tucker and Level 5 Motorsport were known for carrying out the most professional and highest order racing team in existence for a number of years. Whatever racing the team was involved in, was done with absolutely no expense spared. Scott Tucker was the John Hammond of the racing world. For the best evidence of that, go listen to “The Level 5 Special” episode of the Dinner with Racers podcast (found here). Le Mans Entries Start Rolling In The first 15 cars have been announced with entries to the 24 hour endurance classic. Here they are. LMP1 – Porsche (2015 Le Mans Victory) LMP2 – KCMG (2015 Le Mans Victory) GTE Pro – Corvette Racing (2015 Le Mans Victory) GT Am – SMP Racing (2015 Le Mans Victory) Greaves Motorsport, Formula Racing, Marc VDS, TDS Racing, and Team LNT gain 5 of the offered spots for their efforts in the European Le Mans Series. Race Performance, Clearwater Racing, and DC Racing earn the three guaranteed entries for winning their respective classes in the Asian Le Mans Series. Michael Shank Racing and Scuderia Corsa have been awarded places by IMSA. Three of those spaces will go unused. Porsche are only running two cars at Le Mans this season, KCMG has discontinued its LMP2 program, and Marc VDS racing has closed its doors (with the most awesome press release ever). [Photographs Sourced From Racer.com/Motorsport.com/NASCAR.com]