The new Nissan Z has arrived, and yes that’s the official name. It’s not the 400Z. Nor is it the 300ZX. But that doesn’t really matter because the specs on this thing sound pretty great. At its core, the new Z rides on a modified and reworked version of the chassis that underpinned the 370Z. Up front though you’ll find a twin-turbocharged 3.0-liter V6 engine producing 400 horsepower and 350 lb-ft of torque. You can pair that with Nissan’s new 9-speed automatic or a 6-speed manual gearbox. And if you choose the stick, you get a high-performance Exedy clutch stuffed in there as well. 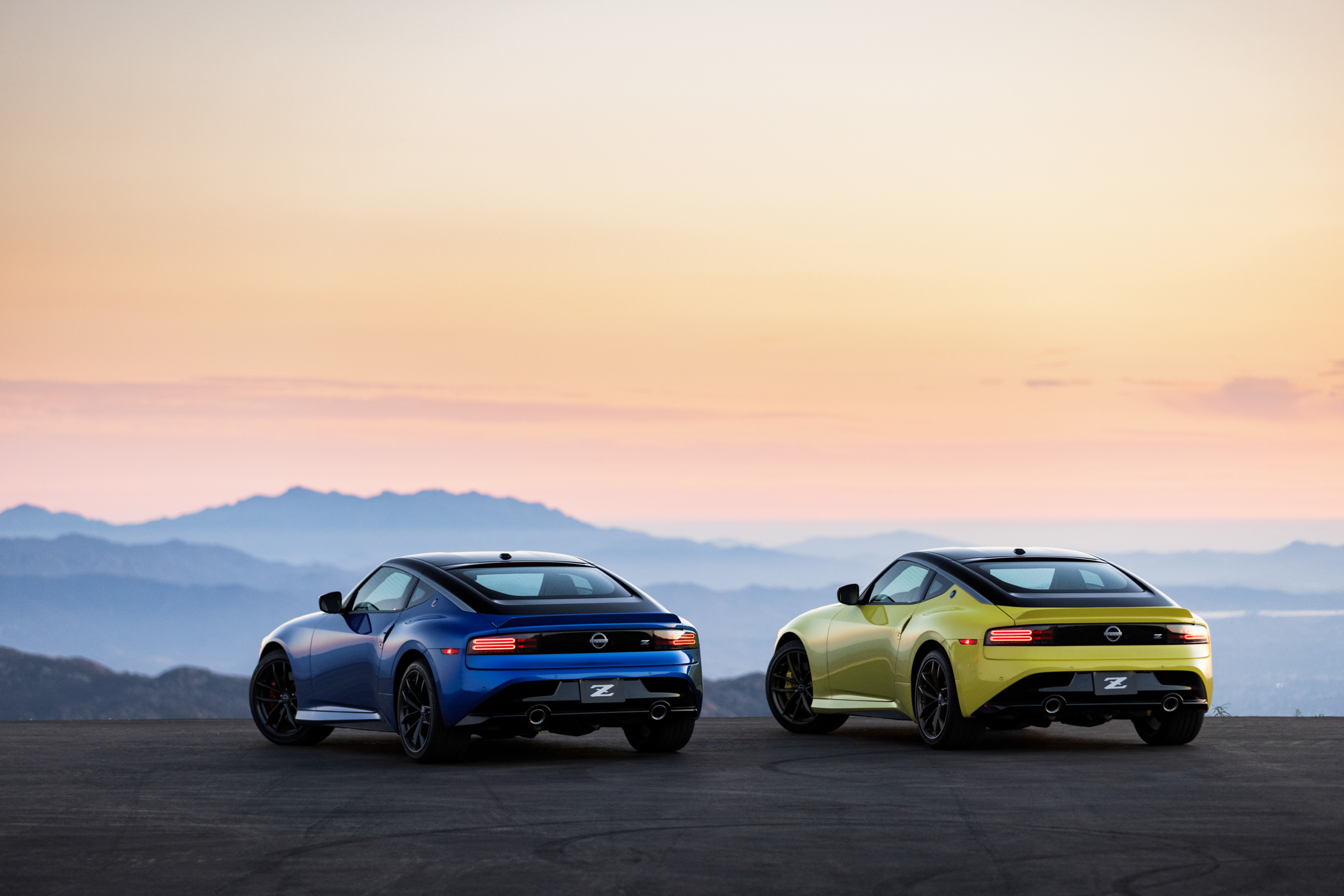 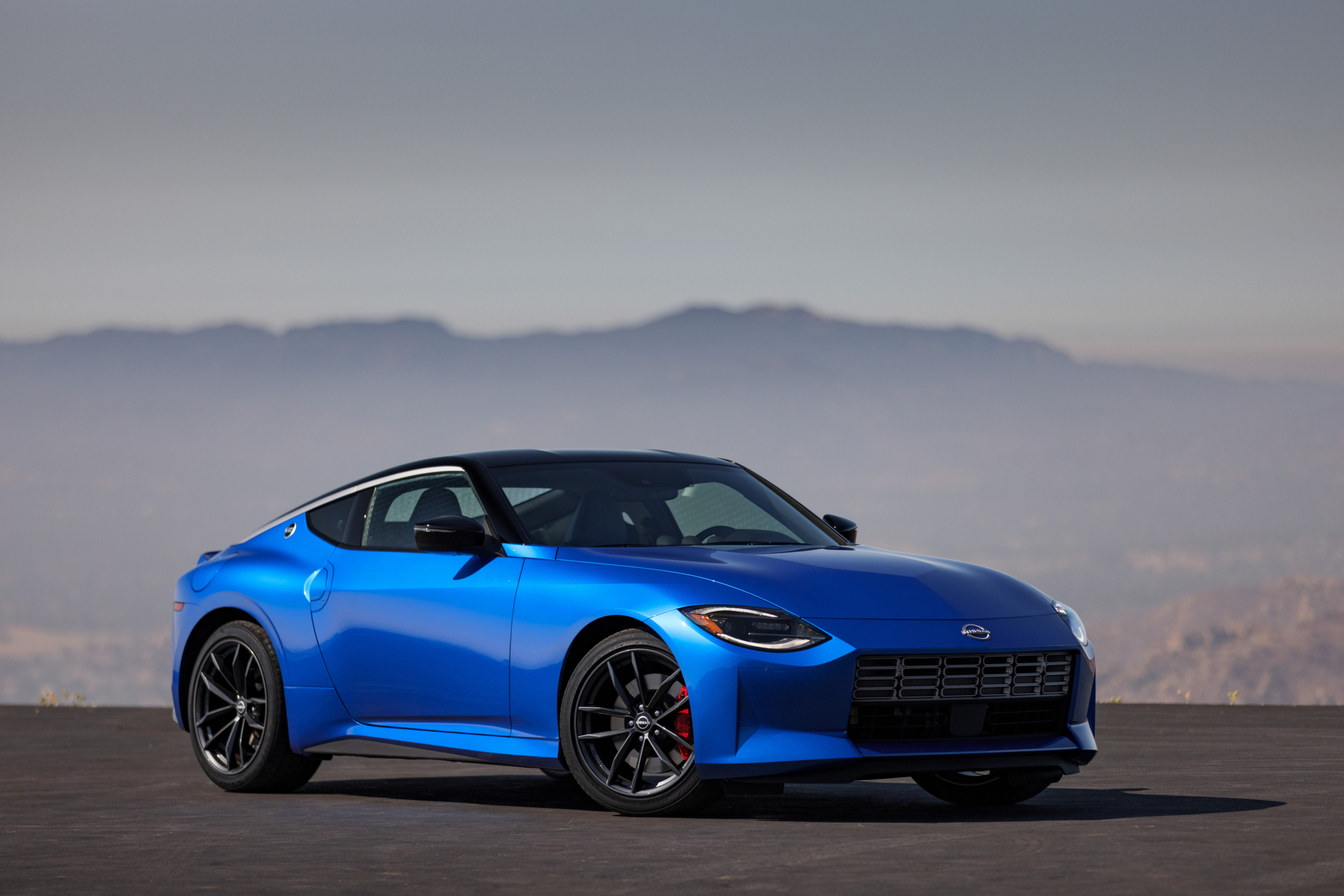 On the outside, you can see the heritage-inspired styling mixed with modern appeal. I’m a Z fan. Many moons ago I owned a 1985 300ZX and I loved that car. A few year back, I drove a Datsun 240Z from California to Boston. And for the last (forever) few years, I’ve been aching for Nissan to update this car. And it has, and the result looks fantastic.

Especially on the inside, where the interior gets a modern center screen, digital gauge cluster, and actual color! 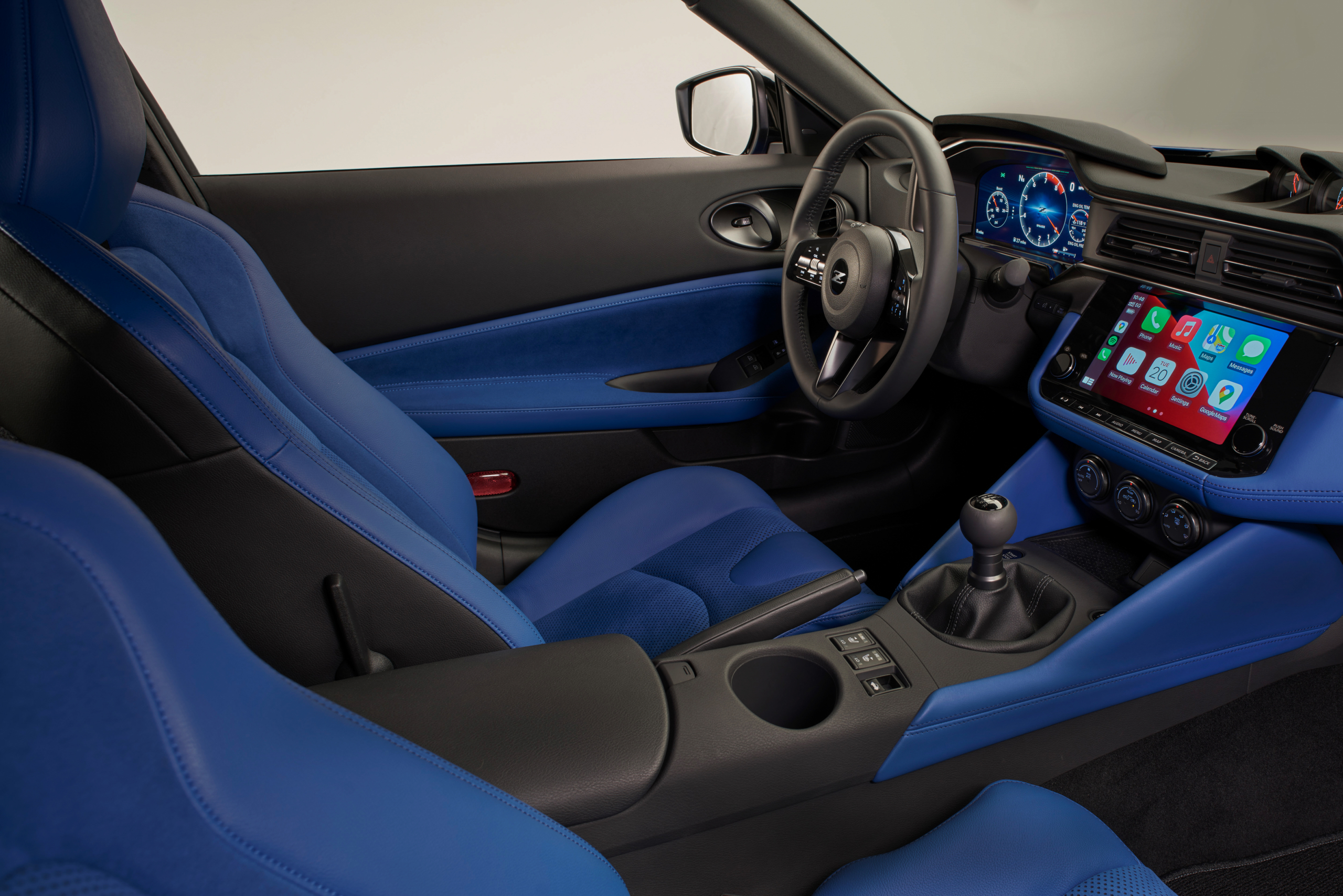 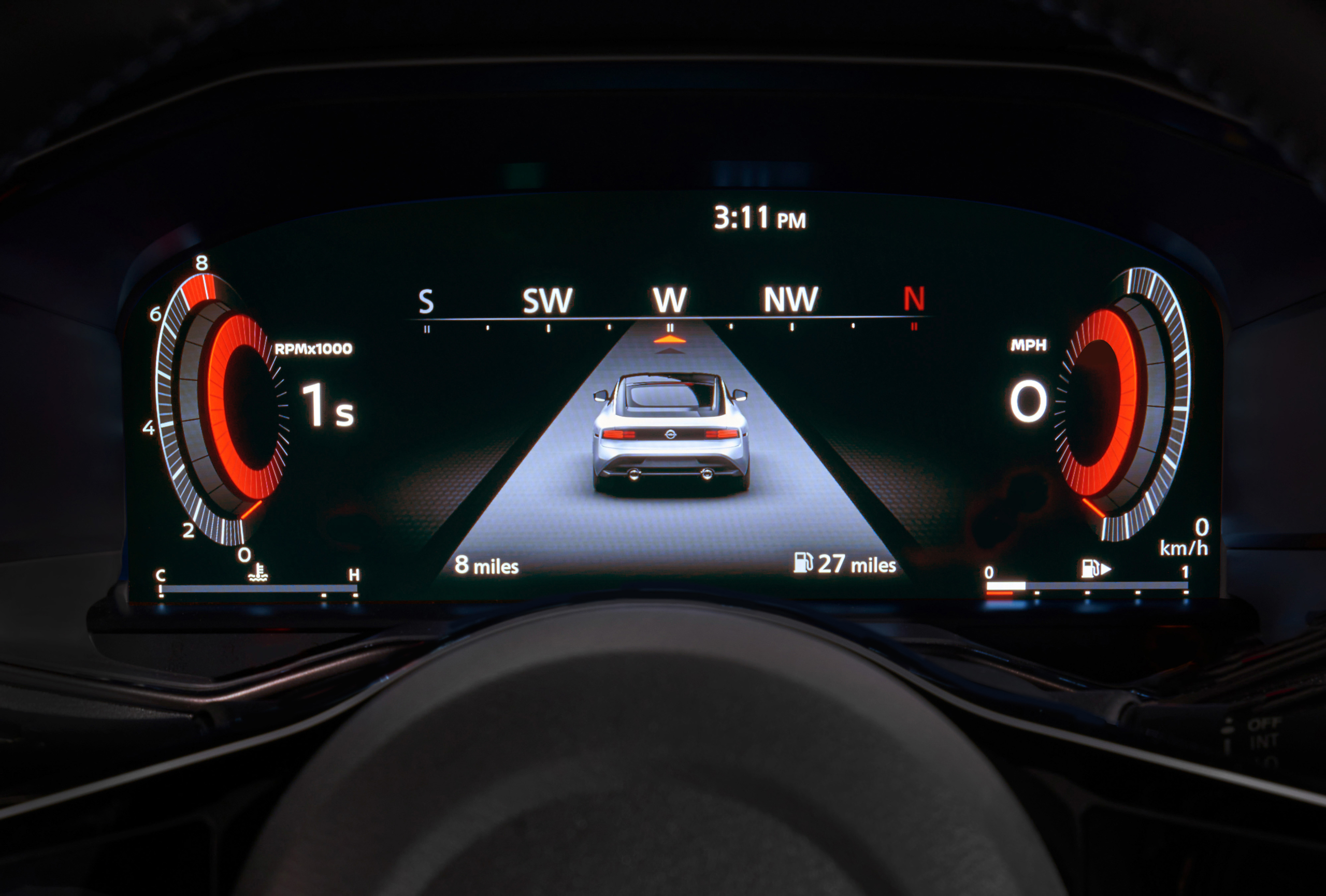 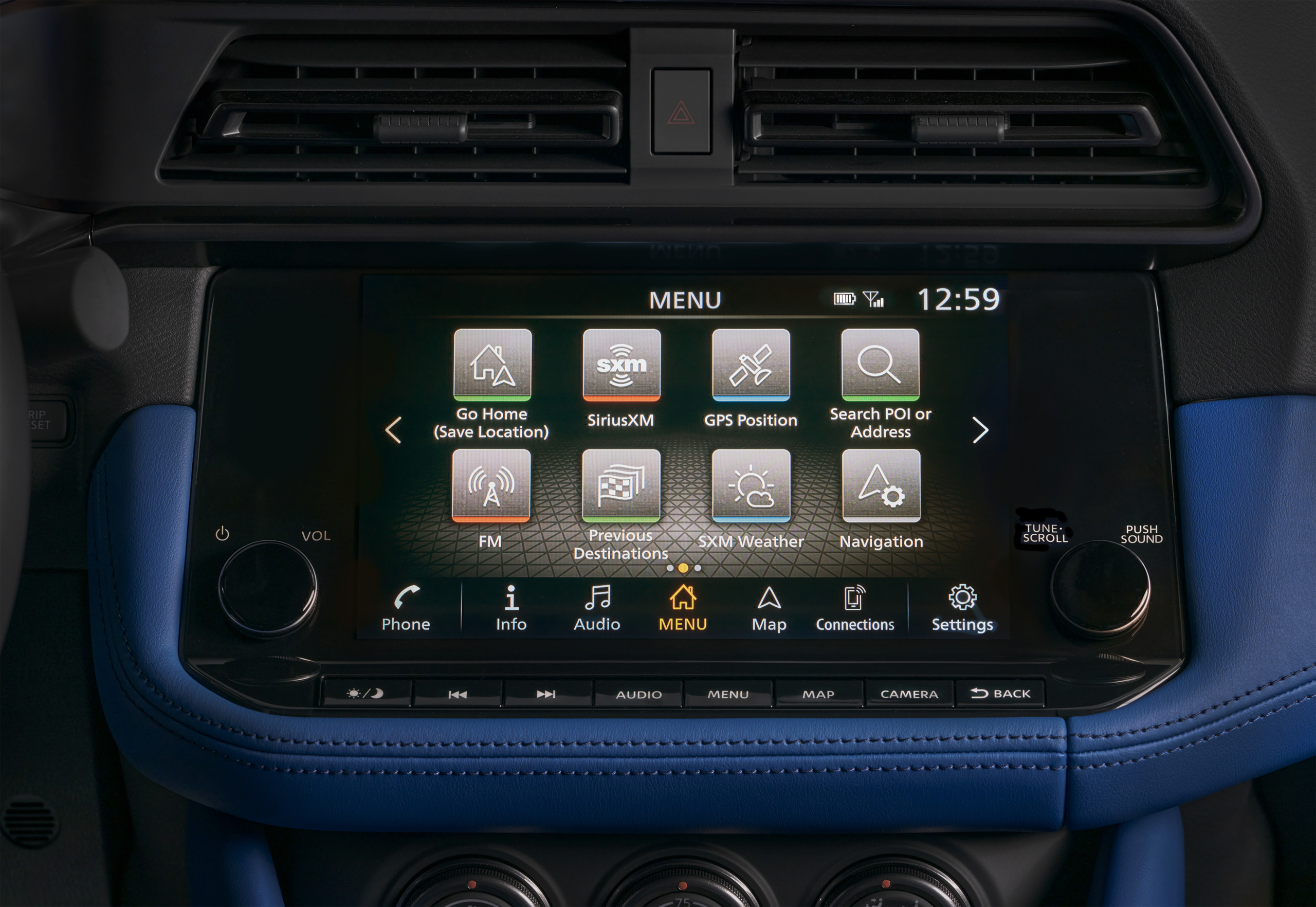 That blue is wonderful. And it’s great to see an automaker offer something bold to cover its cabin space.

Nissan revealed the all-new 2023 Z sports car in a global broadcast from Brooklyn’s Duggal Greenhouse, about five miles from where the original 1970 Datsun 240Z made its world debut in October 1969.

“When we introduced the Z in 1969, the Z was a revolution. Since then, for more than 50 years, Nissan has brought style, speed, reliability and so much more to millions of enthusiasts around the world,” said Ashwani Gupta, representative executive officer and chief operating officer, Nissan Motor Co., Ltd.

While the six previous generations of Nissan’s iconic sports car all offered numeric designations, the long-awaited redesign will be known in the United States simply by just one letter – Z.

The 2023 Z offers a sleek, attractive exterior with a silhouette that shows respect for the original model – with a long hood and low rear stance. Inside, the driver-centric cockpit includes a 12.3-inch customizable racing-inspired meter display, available leather-appointed sports seats and 8-speaker Bose® audio system.

“The Z has always been an accessible sports car – always placed at the intersection of aspiration and attainability – of dreams and reality. This latest iteration is now ready to thrill Z enthusiasts, and create a whole new generation of Z fans as well, when it comes to market here in the U.S. early next year,” said Gupta.

The 2023 Z is offered in Sport and Performance grade levels and a special “Proto Spec” edition, which is limited to 240 units

Word on the street is that this thing will start at $40,000. That’s a good chunk of change, but this is a pretty excellent-looking sportscar, at least on paper. Hopefully, it drives as well as the words written above make it sound.

So what do you think about the new Z?