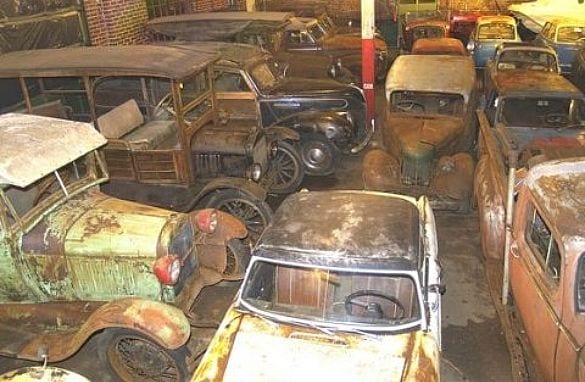 They are mythical, they are legendary, they are the one that got away kind of stories. You’ve heard about them, maybe through a friend of a friend, or your brother-in-law’s nanny’s dad, about the guy that happened upon – just by chance – the find of a lifetime. I’ll share a little story with you, and then it’ll be your turn to see if you can top it. What we want to know is, was your car born in a barn? So, I was having lunch yesterday at a car event, and the guy sitting next to me shared a story about a pair of cars he bought several years ago. Seems that this gentleman saw a sign for an estate sale, and on a whim  went to check it out. The house had been foreclosed and the current owner had taken all of the legal steps necessary to obtain ownership of the belongings left by the defaulting homeowner, and was hence trying to clear the place out. 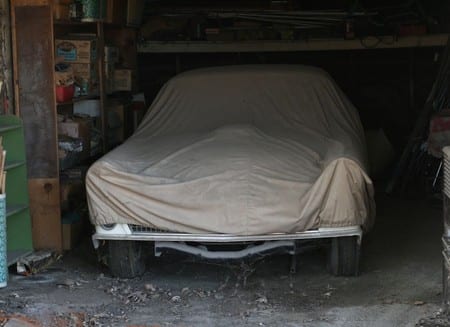 Not finding anything of interest in the house, my new friend was about to leave when the seller mentioned a pair of cars in the garage that he was also selling. Being a car guy, he naturally decided to have a look, expecting to find some dusty mediocrities ripening rat turds and fossilizing rubber bits for future Louis Leakeys. Instead, when the door was swung open, he was confronted by a pair of 1957 Ford Thunderbirds, one a standard car, and the other a dual-carb E-Bird. Both were a bit rough, but were otherwise complete. He inquired as to what it would take to purchase the pair  and the seller related that he had mentioned them to the mechanic at the local Shell station, who had offered him $2,500 apiece for the cars. An offer of a thousand more each was quickly proffered, to which the seller enthusiastically agreed. Wanting to take possession of the cars before he awoke from the dream, he quickly called a friend and secured a trailer, but found that he could only get one car home at a time. As he was finishing loading up the second T-bird, the seller came out and told him that he couldn’t leave all the extra parts behind. Um, extra parts? The seller took him back to a storage shed and slid open the door. Inside, stacked floor to ceiling, was box after box, and paper-wrapped parcels full of OEM T-bird parts. Bumpers, trim, a full pair of brand new doors, and also a never-opened crated short block. It took three more trips with the trailer to get it all home, and the seller was glad to be rid of the junk, clearing out the space so he could sell the house itself. The new owner put both cars and the parts up on eBay, selling everything and making a tidy profit. They say that it’s all about being in the right place at the right time, and that was certainly the case in this instance. But that only happens once in a blue moon, which of course makes the stories all the more amazing. So, have you ever been lucky enough to have had a blue moon? Image sources: [nextauto.com, Hemmings]