Hooniverse Asks: Can a CUV be a good off-roader? I’m about to find out

When Honda first showed its new 2019 Passport SUV they made no secrets that this was the vehicle was targeting the Jeep Grand Cherokee and the Toyota 4Runner. If that seems absurd it’s because Grand Cherokee and 4Runner are very different vehicles than the Passport, even if their two-box designs and size seem similar. The 4Runner is a classic body-on-frame design with a live rear axle. The Jeep has substantial subframes front and back, and a classic longitudinal drivetrain layout with a two-speed transfer-case.

The Honda Passport has none of these things. It uses the same chassis as the Ridgeline pickup, Odyssey minivan, and the three-row Pilot. Its engine is mounted transversely in the unibody, primarily powering the front wheels. But Honda is quick to point out that the Passport has “torque-vectoring Intelligent Variable Torque Management (i-VTM4™) all-wheel drive system with Intelligent Traction Management – with Snow, Mud and Sand modes — allowing the driver to optimize Passport’s tractive and dynamic performance based on terrain and weather conditions.”

Cool, cool. But is that a match for the 4Runner’s low-range gearing and a locking rear differential? Honda stubbornly says that it is. In fact Honda took two of its Passports and slightly modified for increased off-road abilities. Then they threw a tent on the roof, handed me the keys, and said go camping. Really.

Yes, this weekend I’ll be driving the above pictured modified 2019 Honda Passport to the Overland Expo East. While there I’ll be living out of the tent. Because there is no on-site power, Honda threw one of their awesome generators into the trunk. 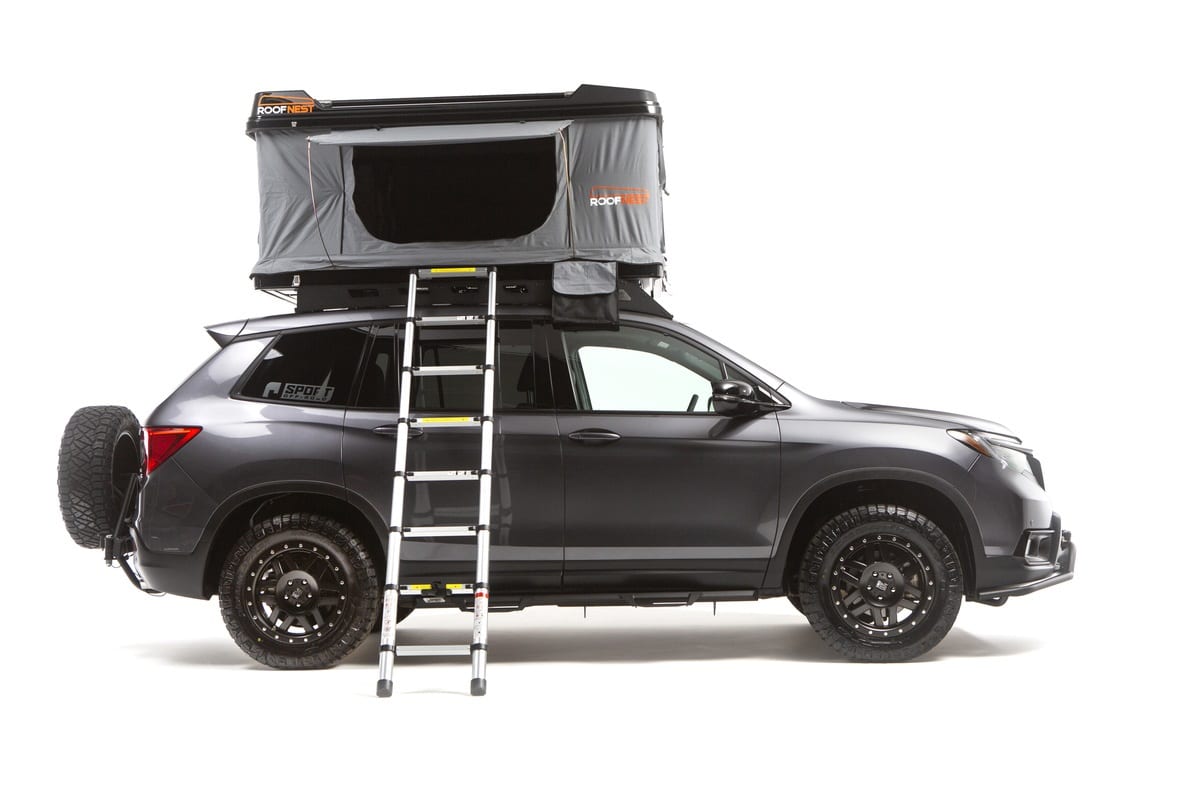 This Passport is modified in the following way:

This is all very interesting but I am not easily swayed by mod lists and looks. I lived out of a Land Rover Defender and a Land Cruiser 70 in Africa for four weeks. I off-roaded a pricey Range Rover and a cheap, beat up Discovery in places I couldn’t walk through. I watched too many Camel Trophy videos. I’ve owned two Jeeps. And now I own the very vehicle that Honda is targeting with the Passport – a [lightly modified] 4Runner.

I honestly don’t know what to expect of this Passport. Additional ground clearance and proper tires are the two most basic things for better off pavement performance. There are people off-roading Subarus with great successes. I’m intrigued and anxious to find the answer.