Once upon a time in a galaxy that seems far, far away, Lincoln unknowingly sold a car that would someday become iconic. For the fourth generation of its Continental sedan, the brand introduced suicide-style rear doors; that is, they hinge from the front and open opposite of what do normal rear doors. This would come to make the Continental something of a legend, and its place in pop culture reflected this even through times as of late.

So when Lincoln was floundering about, unable to find its stride and a cohesive brand language, enthusiasts like ourselves clamored for the brand to bring back its single most meaningful and interesting styling element. Taunting us with models of yore out on display at auto shows, the modern Lincolns sat unloved while everyone drooled over the simple, classic design of the company’s standouts. And of course, we continued to fawn over the suicide door equipped Continentals.

Appropriately, when news broke of the tenth generation Continental, we all hoped for one thing: rear-hinged rear doors. Little else seemed to matter to us. And though the car’s shape does pay homage to its predecessors, the ever-important doors were painfully omitted. We shed a tear and didn’t stop talking about how to improve the car with one single improvement. You guessed it: give the car suicide doors.

Finally, Lincoln has come through. With its 80th Anniversary Coach Door Edition, the Continental sees a return to form and brings back to life its storied styling element. By farming out the work of the stretch and door-flip job to Cabot Coach Builders, six inches of length are added to the Black Label version and the price floats up to a rumored ~$100k. That’s a lot for a Continental, but the brand is only building 80 examples so they will certainly hold some sentimental or collector value. They will undoubtedly sell every single one.

As is the tradition with the unveiling of a car we find remotely interesting, it’s time for another installment of Hooniversal Opinion. What say your resident Hoons about the suicide-door bearing Continental? 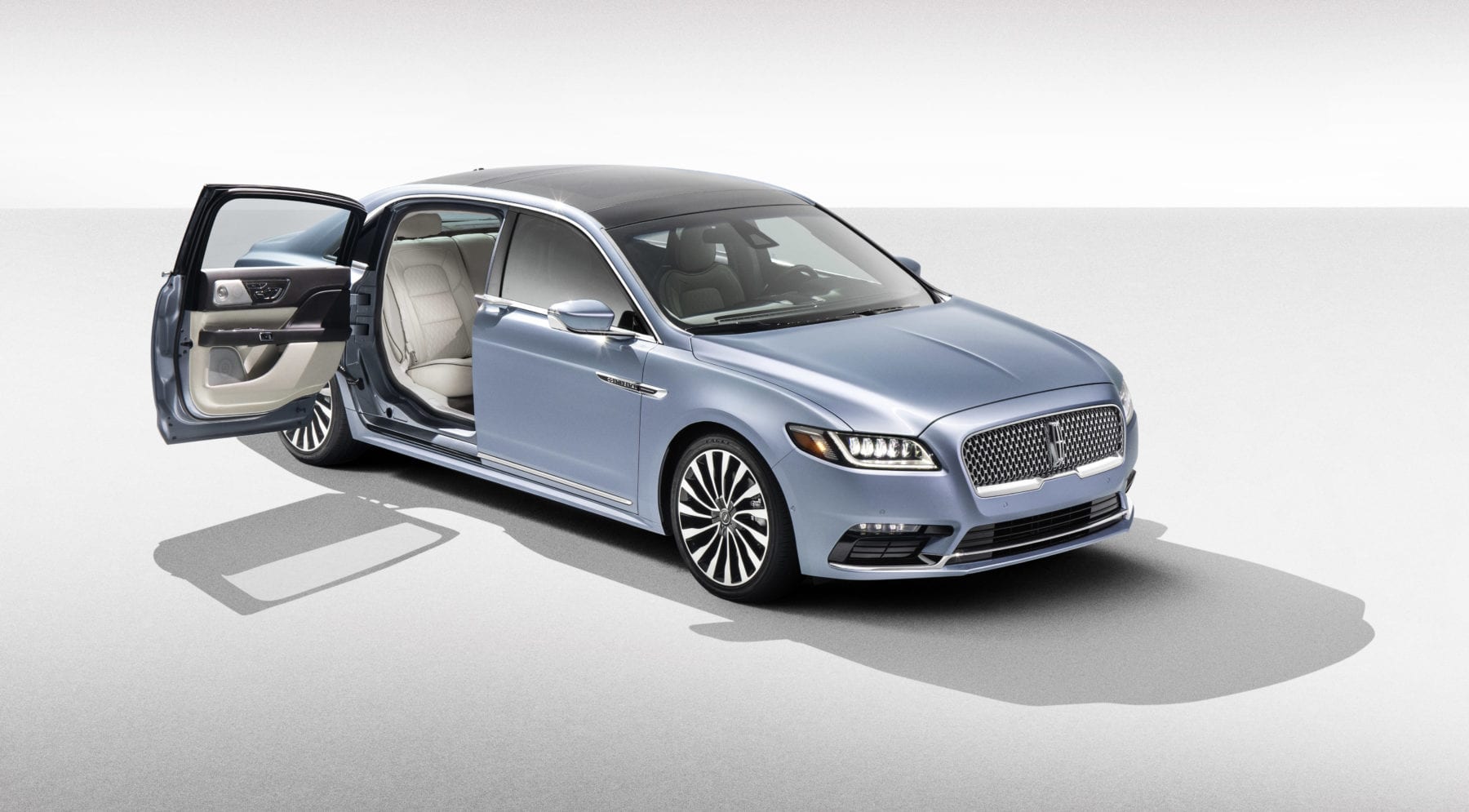 In an era of hyper-intense safety regulations I never ever would have thought I’d see the day that suicide doors returned to the big American sedan. I love it. I think these are going to skyrocket in value thirty to forty years from now. Remember the 2002 Lincoln Continental Concept? That had suicide doors and was bonkers cool. This is like the more mature, realistic version of that goofy thing. I expect all 80 to sell immediately and hope this buzz draws more people into Lincoln showrooms towards the Continental, even if they can’t drive home with one with backwards doors. Lincoln needs this now more than ever.

Also Kamil has an Instagram, troll away.
-Robby DeGraff

This should have happened from day one with the 10th generation Continental. Hopefully the suicide doors somehow make their way to the Navigator, since full-size SUVs are to today’s market what the Continental was back when it was cool. Gotta say it though: 80 examples is pointless, and Lincoln should put the suicide doors on every single Continental going forward until the car dies the sad death we already know it will.
-Ross Ballot

It’s cool, but let’s be real here. Can they even sell 80 of the regular Continentals?
-Greg Kachadurian

The doors are back in honor of the 80th anniversary of the Continental nameplate, but they should have been brought back 20 years ago or sooner. While the doors do look great it all seems a bit too little, too late for the Continental. Sedans are on the way out. Lincoln is going to sell a whole lot of Aviators though.
-Christopher Tracy

I like it, I have always loved the Lincoln suicide-style doors, I mean how cool was that end of the opening credits of Entourage when the boys all jump out of the car. It’s cool to see Lincoln honouring their original beginnings with this car, but I think the doors need to come back to the Continental full time.
-Joel Strickland

This makes more sense if Lincoln had done it for the Neiman Marcus holiday catalog. I do like it though, even if it’s funny that a modern automaker can’t call them “suicide doors” anymore. I get that. Coach doors work fine for me. Everyone will call them suicide doors regardless. It’s a cool, fun exercise from an automaker and Lincoln is working hard to make news and earn back some brand recognition. Turn a coach-door-wearing Continental into a brand flagship and keep cranking out the other new models we’ve seen. The design and quality is there, the engines are there, now the buying public just needs to get there as well. I’m not sure this car is enough to do that, but the rest of the lineup should definitely help.
-Jeff Glucker

So, what say you? Is the suicide-door Continental good, bad, ugly? Sound off in the comments.