The RP968 Porsche gets my nod for 2018 Hooniverse Car of the Year. You haven’t heard of it? Allow me to catch you up to speed then. The RP968 is the winner of this year’s Royal Purple Pro Class and holder of the outright fastest time at the Yokohama World Time Attack Challenge 2018.

This car is a marvel of engineering. What started as a stock Porsche 968 has become a 1,500+ horsepower, carbon fibre work of art. It was created by owner Rod Pobestek. The driver is pro hot shoe Barton Mawer, and the car was built by the team at PR Tech in Sydney. 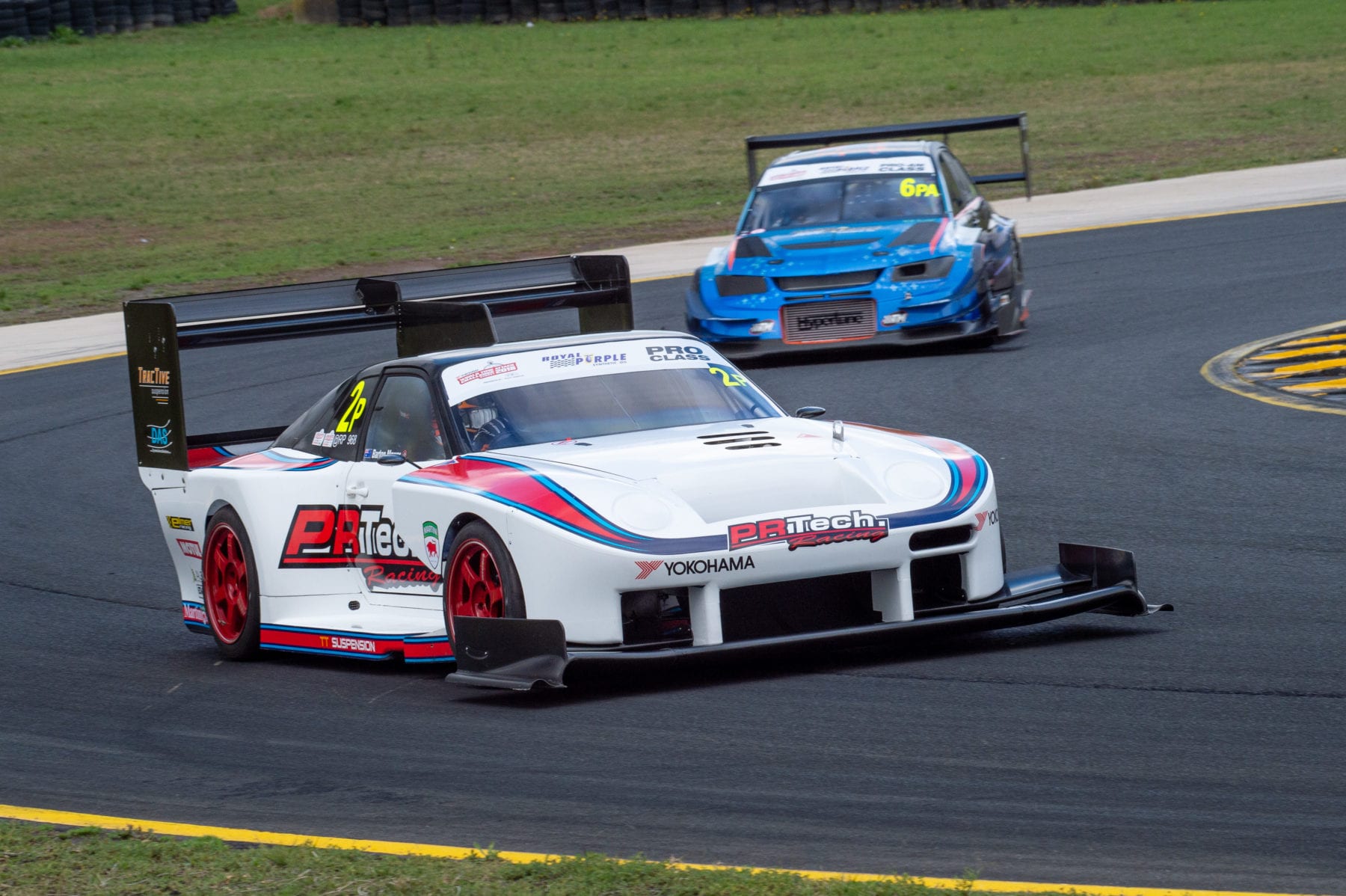 Power comes from a billet twin-turbocharged 4.0-liter four-cylinder engine. This mill tips the scales at just 233 pounds. Around the car is an all carbon-fibre body built with a focus on serious aerodynamics. The front splitter, for example, is strong enough to support the full weight of a person standing on it.

To win this years event, Mawer ripped off a run of 1:19.825. Put in clearer context, that’s just 0.7 sec off the track record set by one Nico Hulkenberg in an A1GP in 2007. Sparks are created as the RP968 runs down the main straight at Sydney Motorsport Park. Almost like Hulkenberg’s crazy ride

Watch the record lap in car footage below and it really is amazing at the speeds that the car obtains around the track..