Harley’s Pan America adventure bike has many promises to keep

More than 2-1/2 years after it was first announced as a coming model, Harley-Davidson’s Pan America 1250 adventure touring bike has finally arrived. The news is big for a number of reasons, but mostly because Harley has bet their (rapidly-eroding) farm on the Pan America’s success. It’s not an over-exaggeration to say that the future of America’s most storied motorcycle brand hangs in the balance.

It’s no secret that Harley has had a lot of strike-outs and near misses the last few years. The brand remains popular within its traditional core market of big baggers and chrome-laden highway cruisers, but as older Harley lovers age out of the motorcycle scene, the company’s fortunes have waned big time. Desperate to expand into new demographic and geographic territory, Harley invested heavily in a factory in India and a line of bikes designed there. They then pulled out of Southeast Asia completely. Meanwhile, the India-designed “Street” line has accrued a less-than-stellar reputation elsewhere in the world.

The much-heralded Livewire electric motorcycle was sexy and impressive to ride, but it cost too much and was saddled with too little range and odd charging compromises. Stringent new “Euro 5” emissions regulations forced H-D to drop their popular Sportster from their line-up throughout Europe. All along the while, their coffers have been dwindling and investors have become increasingly agitated.

Given all the doom and gloom in Harley’s camp, the need for the Pan America to succeed can’t be overstated. The bike was first introduced as one of a trio of bikes sharing the engine architecture then under development: The Pan America adventure bike;  the “Bronx” a racy, 975cc streetfighter; and an unnamed low-slung, fat-tired custom that was more in keeping with Harley’s traditional style. The streetfighter went away, the custom got delayed indefinitely, and production of the adventure bike got pushed back several time. Now the production Pan America has finally broken cover, Harley’s last soldier standing for 2021. 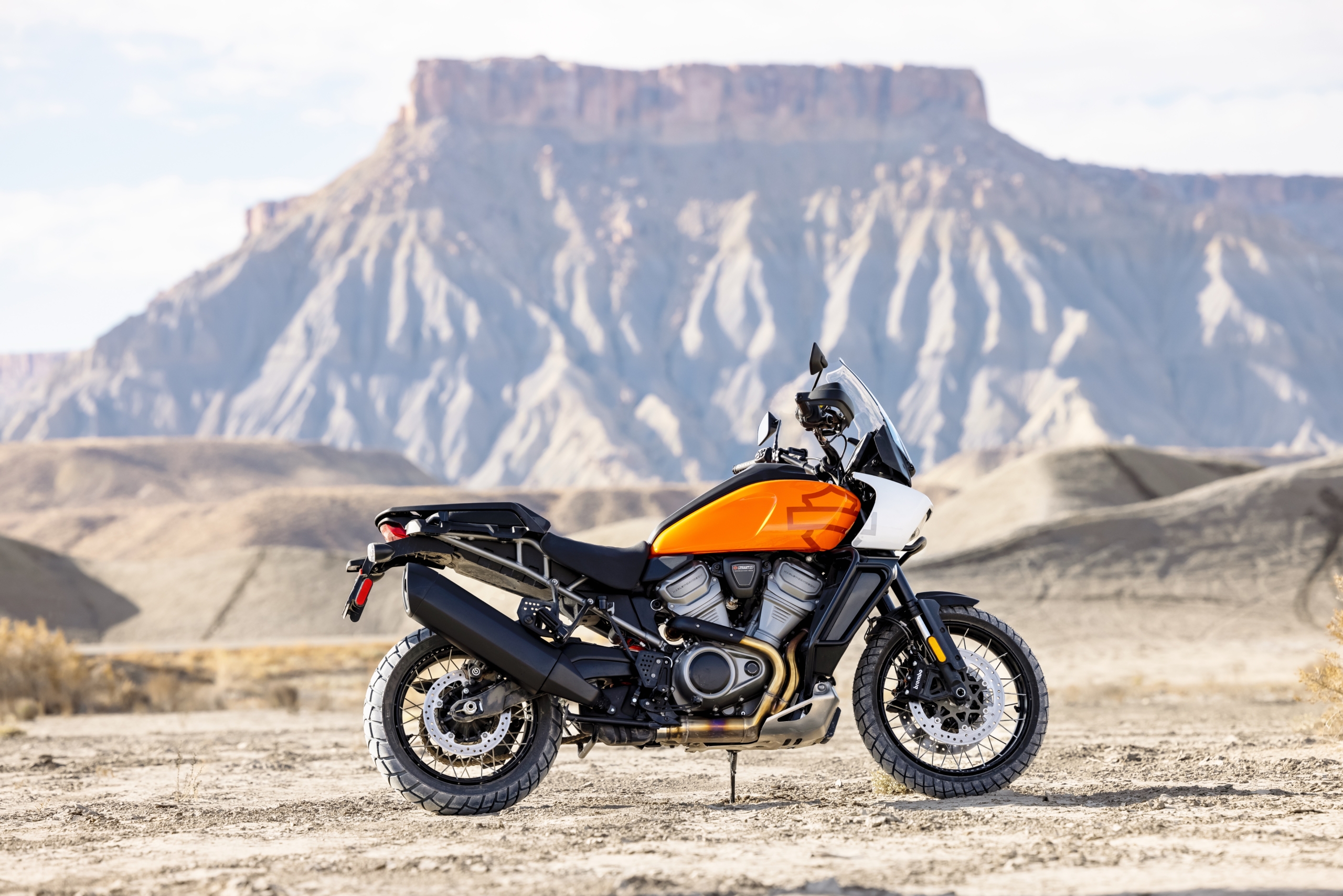 IS THIS HARLEY’S MESSIAH?

The question everyone is asking is, will the Pan America succeed? Nobody seems to have much of a clue, but the bike seems to check nearly all the boxes people said it should. The Revolution Max 1250 engine is pretty impressive, at least on paper. Right out of the gate, 150 horsepower and 94 lb-ft of torque should definitely get your attention. Harley’s traditional hydraulic valves now feature microprocessor-controlled variable valve timing. The metallurgy is thoroughly modern, with all sorts for special alloys and low-friction coatings. Lots of other specs that aren’t exactly earth-shattering still feel pretty advanced for Harley, such as full liquid cooling and dual-spark heads.

The rest of the bike seems equally ready to compete with the market. The bike boasts advanced electronics including cruise control, adaptive ride height suspension, TFT touchscreen dash, and Bluetooth smartphone integration. The weight for the base model is just 499 lbs. That’s no featherweight, but it’s distinctly un-Harley and respectable given the bike’s power and features. The final number to pay attention to is the price tag: the base model lists for $17,319. The upgraded Special trim retails for a buck under $20k. While that’s not cheap by any stretch, both Pan America versions undercut BMW’s equivalent R1250GS version by a few bucks. However, the BMW is a much-lauded adventure-touring legend, and the Harley is a brand new, unknown quantity. And, while the BMW GS is somewhat ungainly looking, there’s a lot of dislike for the P-A’s fairing, which looks to me as though a Cylon from the original Battlestar Galactica made sweet love to Spuds MacKenzie. 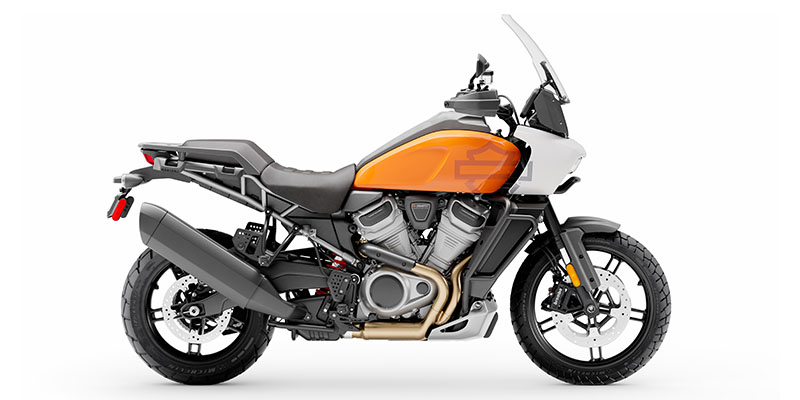 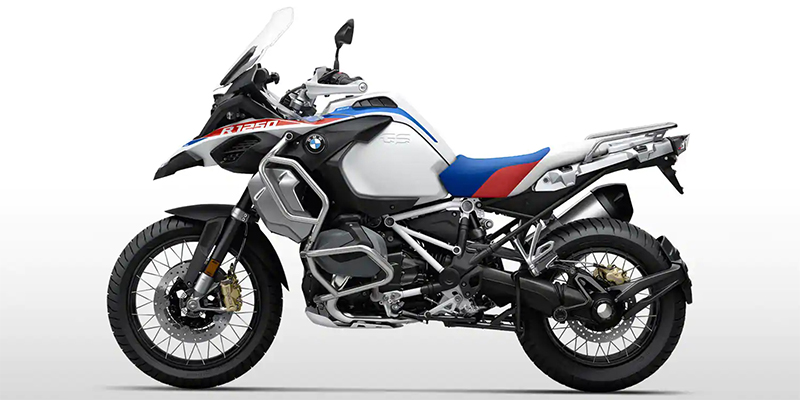 THE JURY IS STILL OUT

The proof is in the pudding, as they say, and with motorcycles the proof is in the riding. And nobody’s ridden this beast yet, so any conclusion is pure conjecture. But right now a lot of Internet pundits seem to be acknowledging—sometimes grudgingly—that Harley got a lot right with the Pan America’s stat sheet. But more than a few modern Harleys have been let down by stupid, niggling faults. And a few models failed to make in impression with non-Harley owners despite being functionally satisfying bikes. A few folks I know who have repeatedly pooh-poohed Harley’s past efforts have expressed a sincere desire to see the Pan America live up to its promises. I, too, think the Pan America is worth rooting for. We’ll just have to wait and see.