Growing up as a Ford fan, I idolized the legendary Ford GT40s that stormed Le Mans in the 60s and stunned the world with four straight wins. It was a story of Americans (and others of course) facing an impossible task and somehow beating the odds, and it was a story I knew very well as a kid. That’s part of why I was awestruck when I saw a 2005 Ford GT for the first time. It was a throwback to that golden era of Ford sportscar racing and it was – and still is – breathtakingly beautiful. It’s still my favorite car to this day in fact. But while Ford hit a home run on the road car, I was let down by the fact that it never raced with a full factory-supported program. It had a good showing in the hands of privateers, but I was sad I wasn’t going to get to relive that magic of seeing a Ford GT race officially at Le Mans. Until one day. 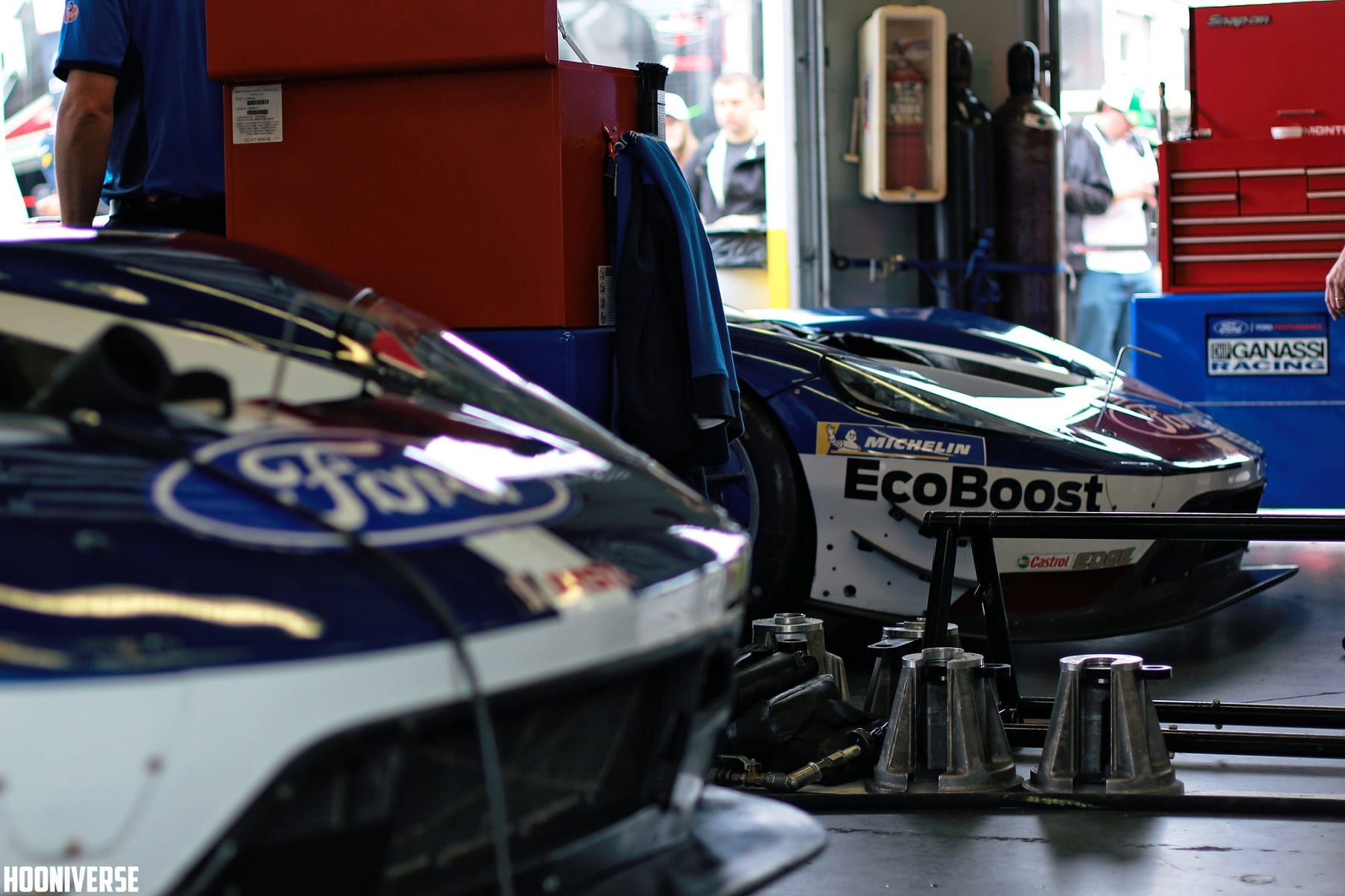 You better believe I was watching the live stream as the 2016 Ford GT was revealed for the first time at the Detroit Auto Show… while I was probably maybe at work. I fell in love immediately and was over the moon when they announced it was going racing both here in the IMSA series and at Le Mans. I was going to see a Ford GT on the race track with a full-blown factory-backed team. It was real. This once-in-a-lifetime event was in the works and I had the means to go witness it in person. Plans were immediately made to see its race debut at the 2016 Rolex 24 at Daytona.

My good friend Westley is one of the only people I know who is willing to stay up for an entire 24-hour race with me. He’s also the only one I know who is willing to literally drive all night to get there. After both of us put in a full day of work we drove through the night to get to Daytona by sunrise. The newly completed stadium looked brilliant in the day’s first light as we drove down International Speedway Blvd. It was a stunning sight and we were both anxious to get inside for we knew what was in there. 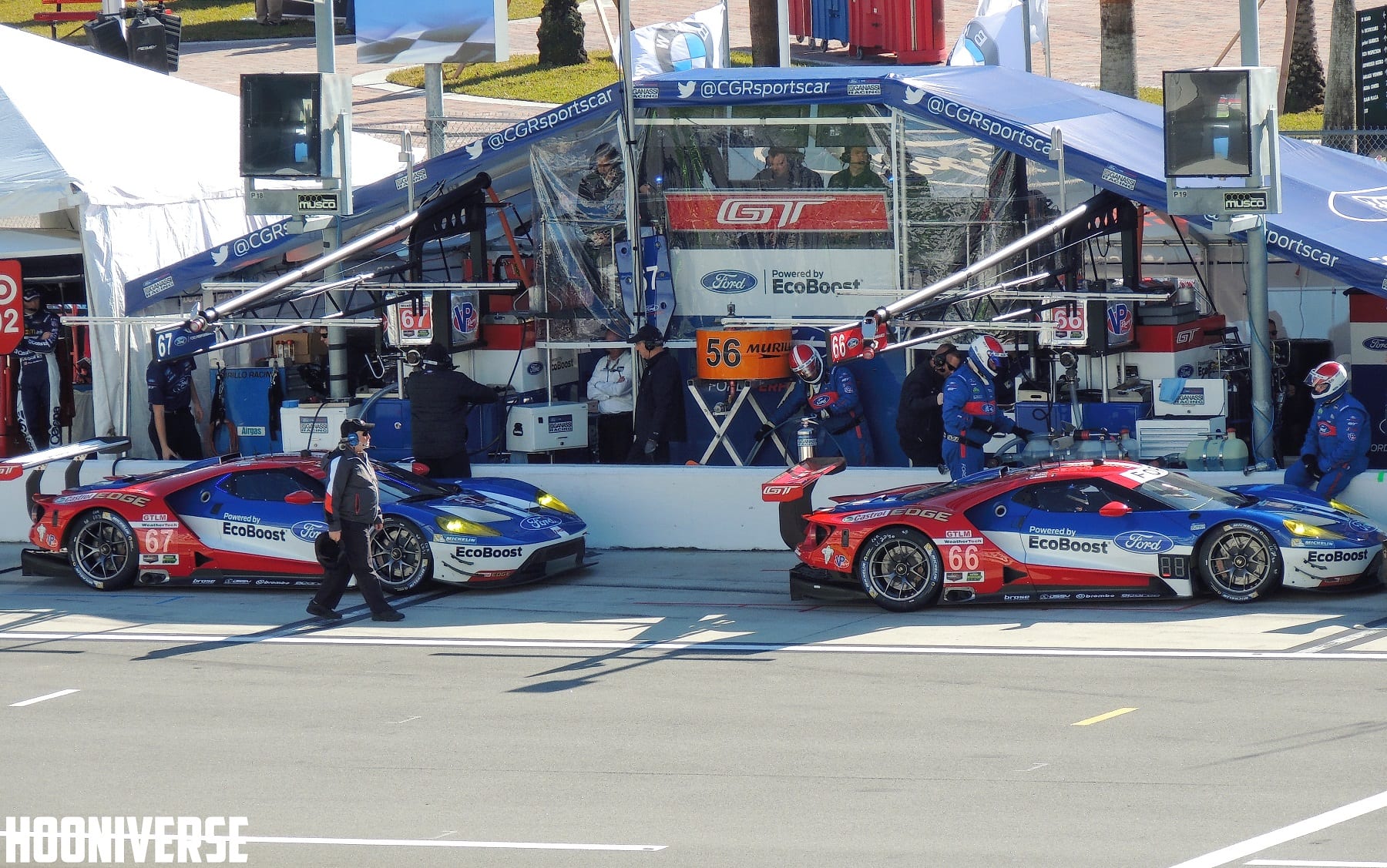 The first time I laid eyes on the Ford GT

The second the track opened we walked up to the viewing deck on the trioval and were scanning pit lane and the garage area for our first glimpse of the Ford GT. Still wiping the sleep from our eyes, we first saw them getting pushed out from behind the pit wall for the morning warmup. The impossibly sleek and gorgeous bodywork was both visually impressive and emotionally moving. After hearing of all the heroic tales from Le Mans in the sixties for so long, the privilege of witnessing the start of a new era for Ford was a dream come true. As the cars slid into the shadows cast by the canopy over their pit stall, I couldn’t take my eyes off them. Neither could Wes, a die hard Ferrari fan. We drove all night on the most boring stretches of highways imaginable but it was all worth it for this moment alone. 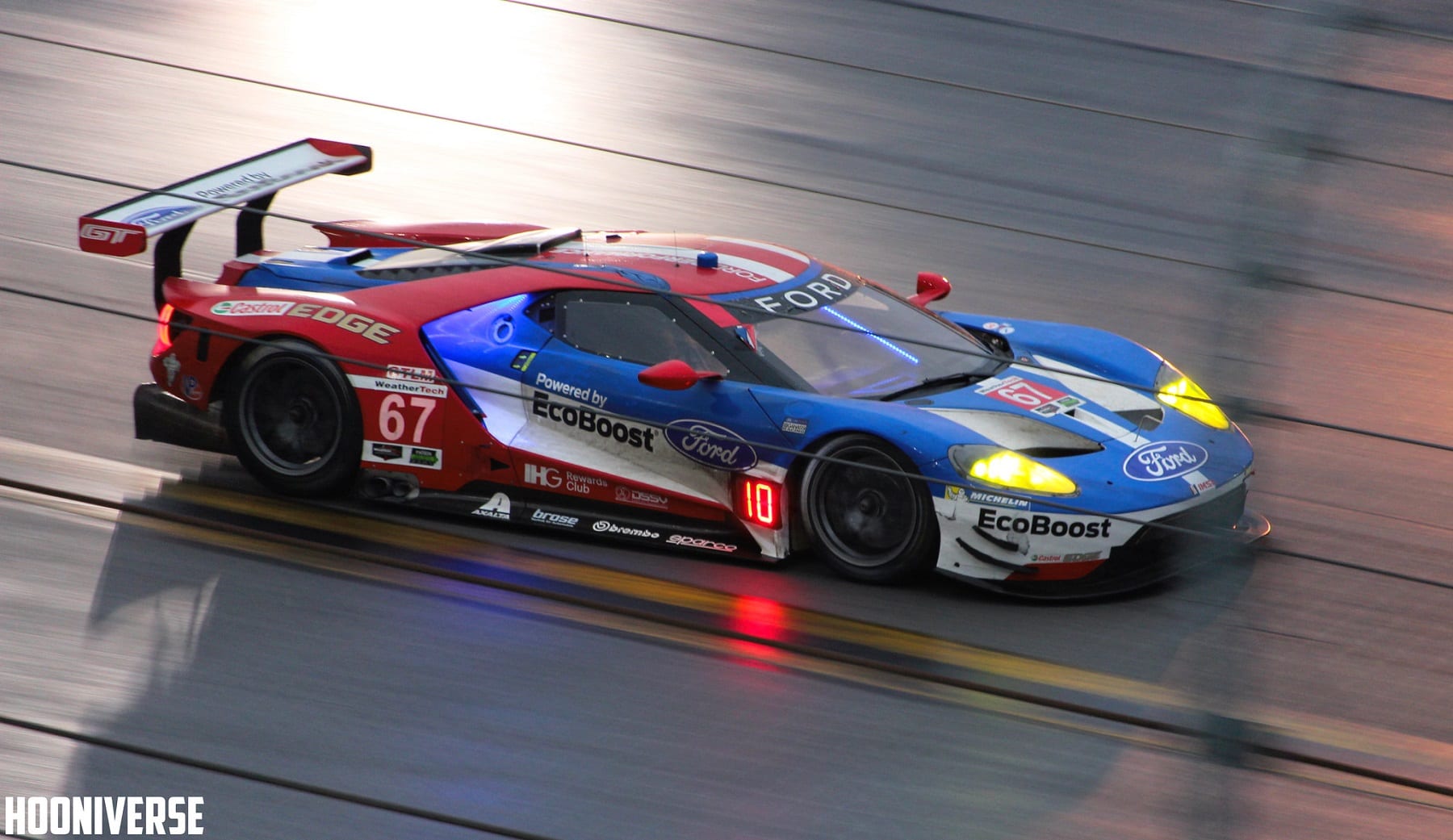 And then the following day was the race… which wasn’t exactly the fairytale start anybody was hoping for. But it was expected for a brand new race car at one of the toughest endurance races around. Despite them being multiple laps down from mechanical issues, my eyes followed them every time they flew past. With the GT being low enough to be a prototype and designed from the start to go to Le Mans, it negotiated the track like nothing else. I didn’t care if it sounded like Taco Bell farts, I was in love. 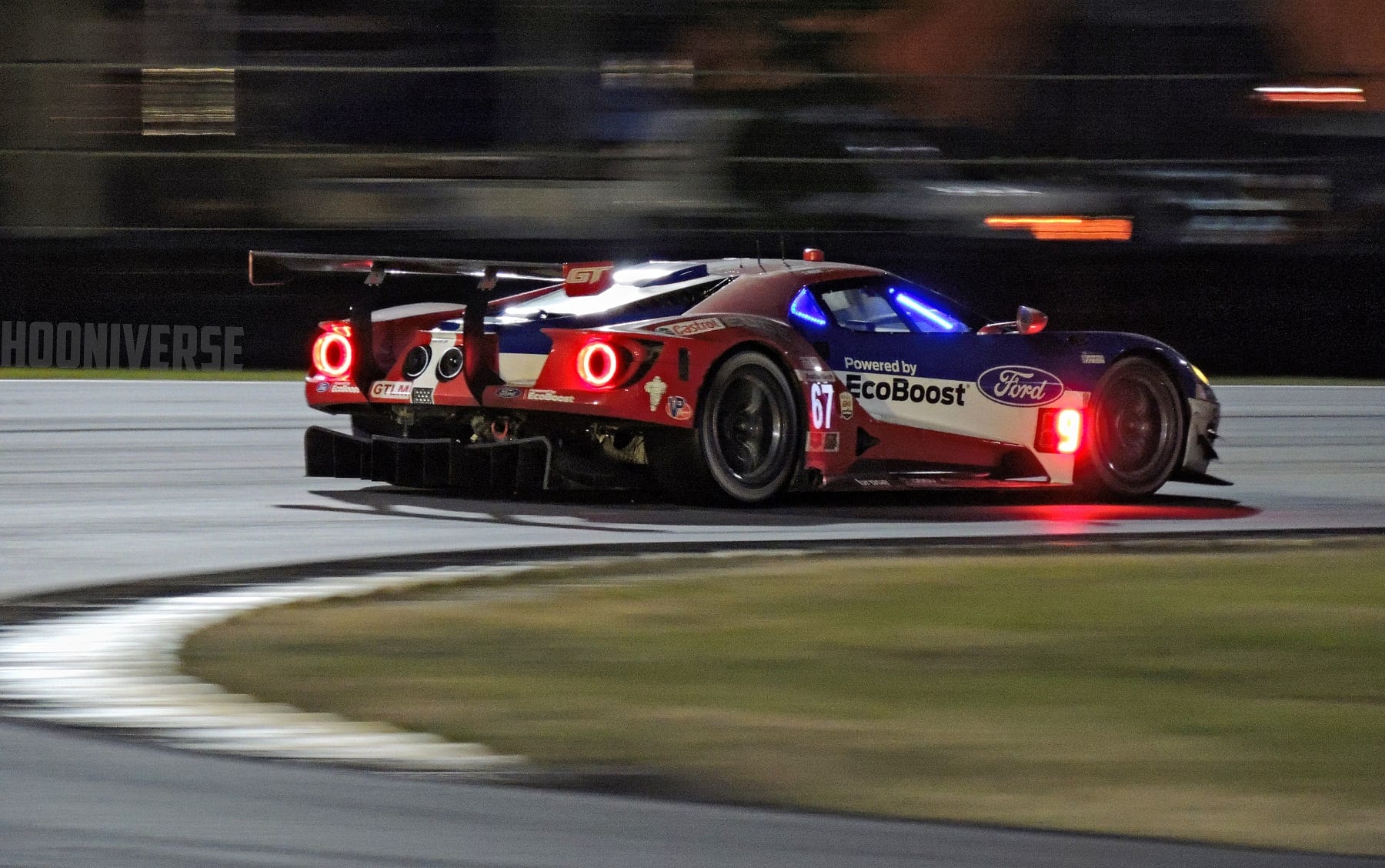 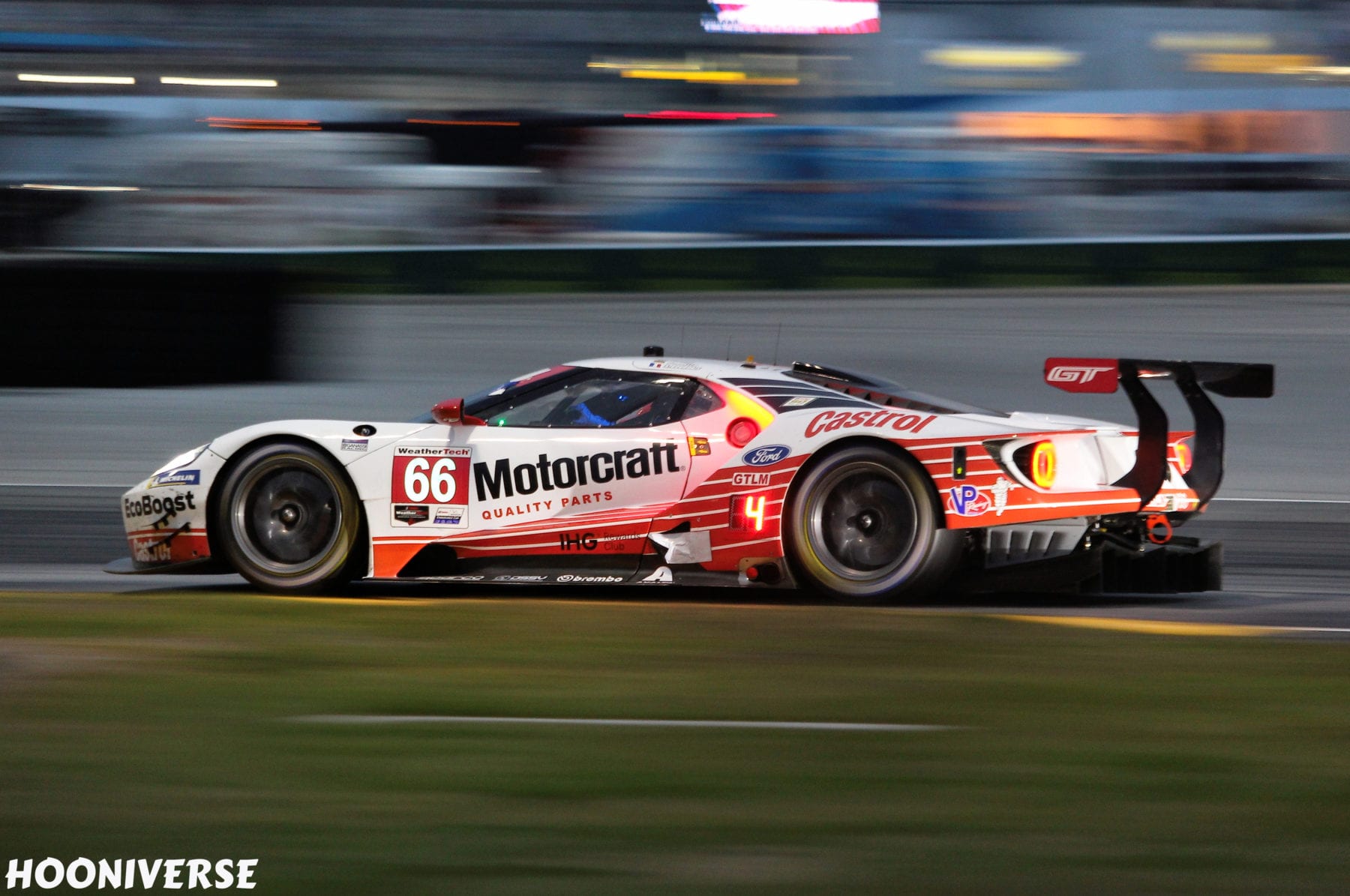 While the Daytona performance was disappointing, I continued to follow the IMSA season with optimism that it would soon get better once they got their footing and figured out the car. The hiccups unfortunately continued. My love for it was unwavering. I was listening to Radio Le Mans in the car as Richard Westbrook saved fuel to score the first win for the car. My love for it grew. It seemed Chip Ganassi Racing and Ford Performance finally had the car dialed in as the results kept improving. But there was only one race that mattered that year. 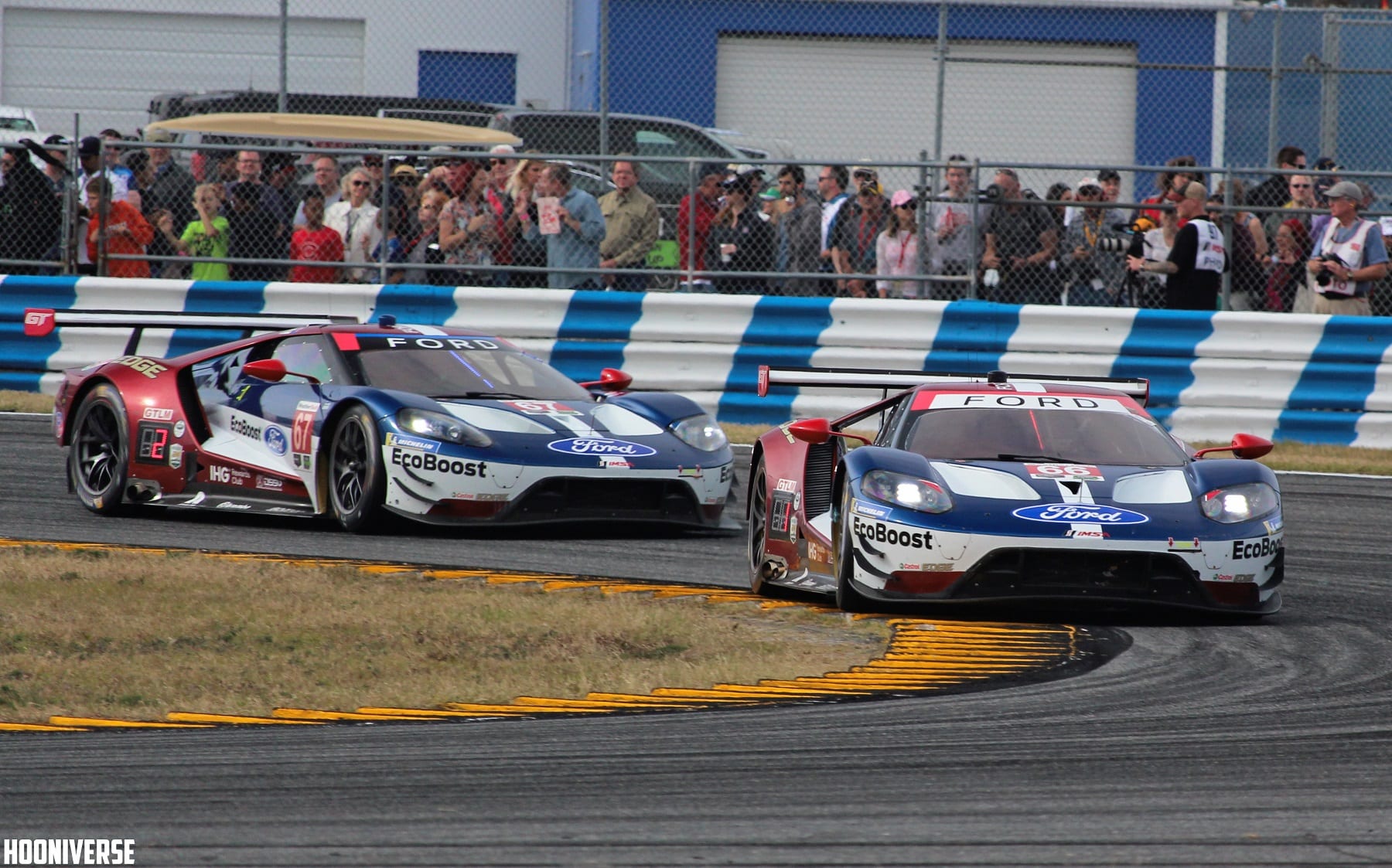 The 2016 24 Hours of Le Mans marked the 50th anniversary of that famous first Le Mans win for Ford. It was the whole reason why this program, from the street car to the four car racing team, was even created. From the earliest practice sessions it was clear that the Fords and Ferraris were the ones to beat. Everybody else was kind of just there due to the BoP that had been set, which the leading tinfoil hat theory suggests was intentional to draw more eyes to the race. I was once again joined by Wes as we stayed up all night to watch our generation’s ’66 Le Mans.

Like Daytona, that race wasn’t easy as various technical issues, a crash or two, and penalties held the Ford back as the leading Ferrari ran away. But then Joey Hand got in the car and clawed back at Ferrari’s lead with one hot lap after another in an inspiring performance that gave the team its momentum back. That battle helped keep me wide awake because it had been the kind of battle I had been waiting most of my life to watch. Meanwhile, Wes fell asleep after the Ferrari spun. 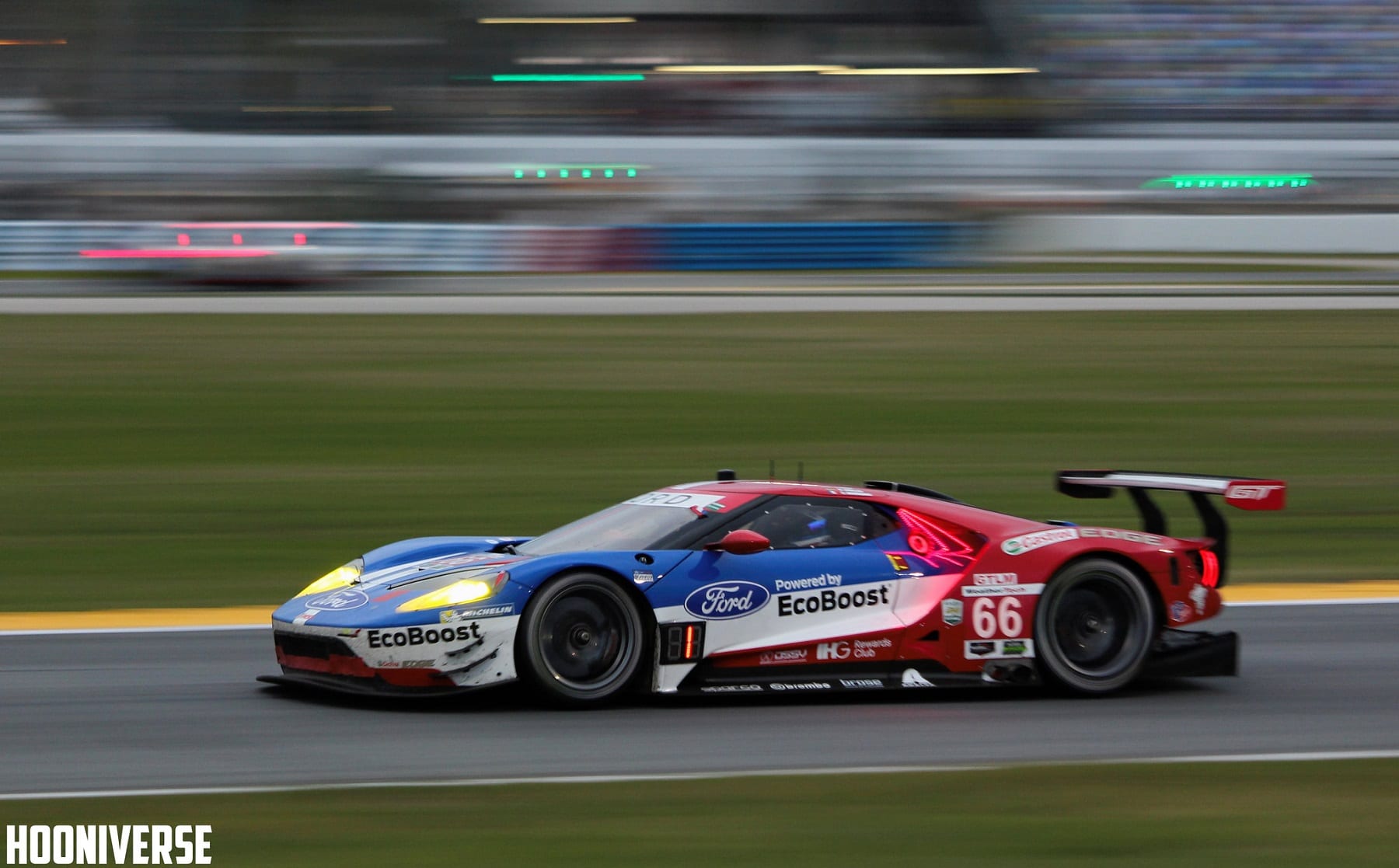 Their victory wasn’t without its deserved controversy, but I still felt that I had witnessed history akin to that classic Ford vs. Ferrari tale that captured my imagination from early on. I was just too damn happy to get caught up in the politics of that win. I saw the car in a whole new light when I watched it race again at Petit Le Mans that year. So to say that this Ford GT program has been a dream come true is really a bit of an understatement. I’ve been able to see it race in person at Daytona, Road Atlanta, and VIR with two wins among them. I’ve loved seeing America’s supercar making impressions in other countries in the WEC series in what has proven to be a golden age in sports car racing in IMSA. And I’ve been thrilled beyond belief to see something as rare as this kind of Ford program run its course. 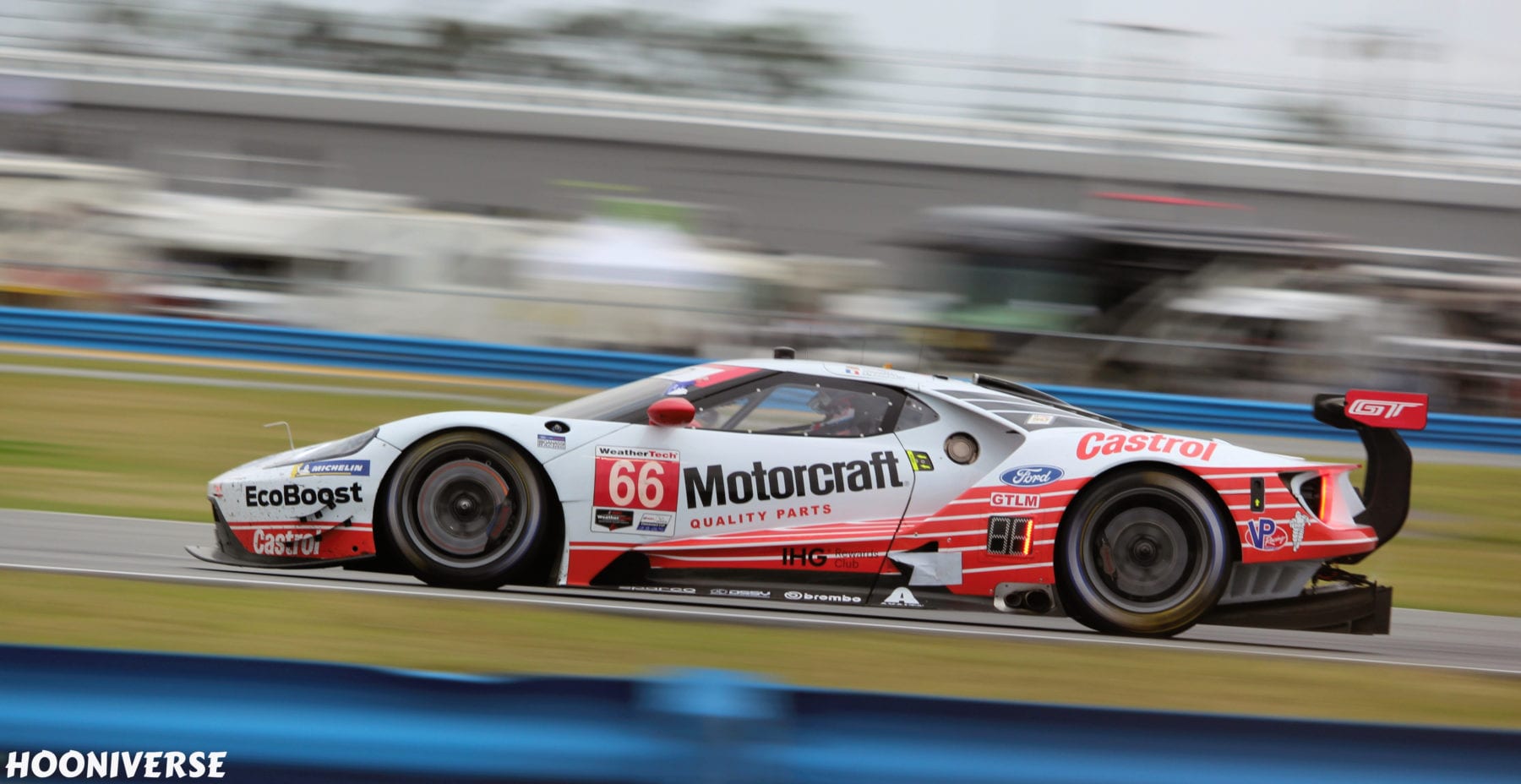 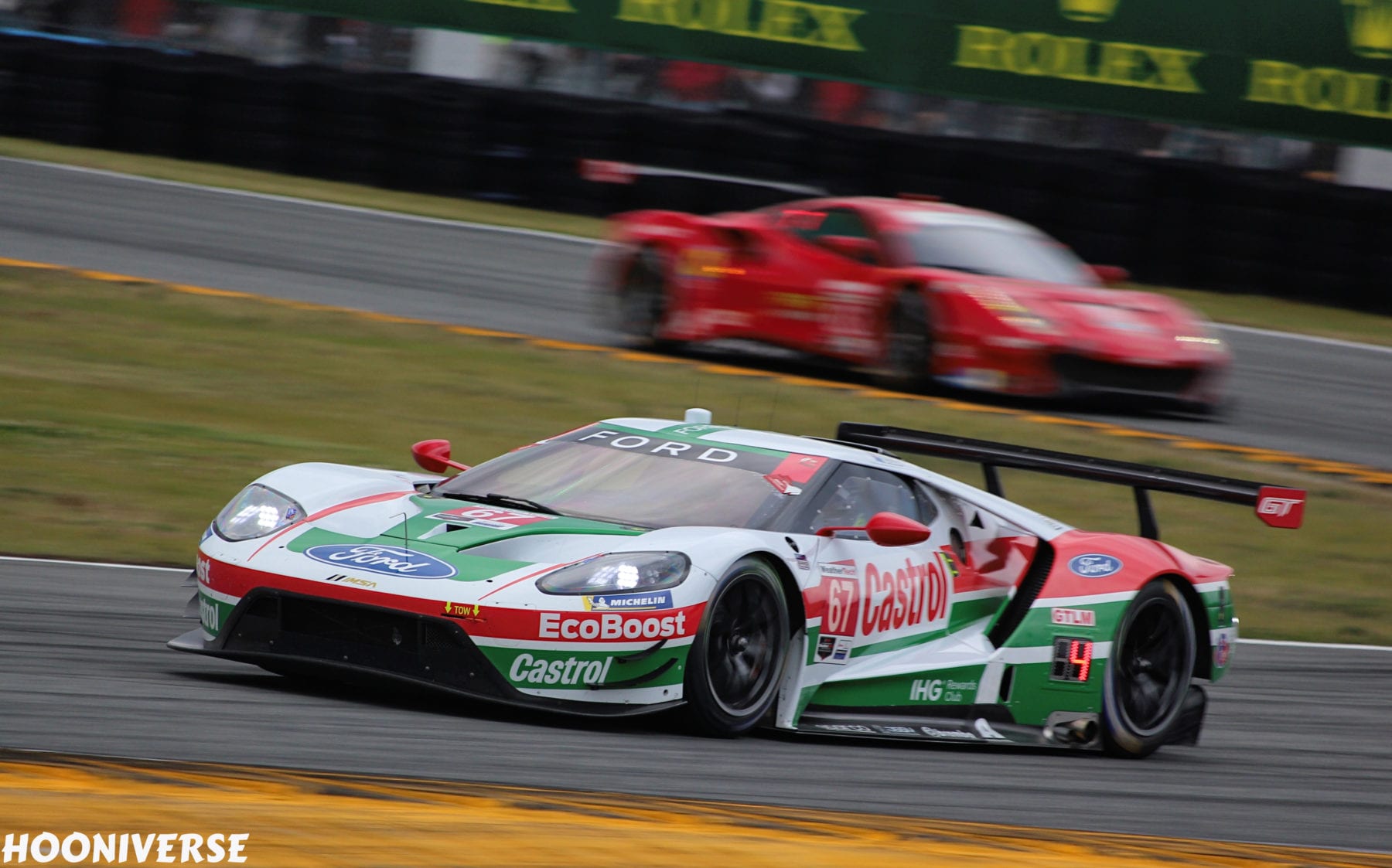 Ford’s factory-backed GT program officially ends this weekend at the Motul Petit Le Mans at Michelin Raceway Road Atlanta. Its future might involve some privateer teams if Ford allows it to happen (they’re still undecided). But all we know for now is that this incredible program is in its swan song and we may never see another one like it.

Thank you, Ford. Thanks to the fabulous drivers, Multimatic, and everyone working behind the scenes at Chip Ganassi Racing for making this program as memorable as it is. These last four years have been a dream come true.