Ford Bronco: Is this what the new one will look like? We hope so!

We are all ready for the new Ford Bronco. The official reveal is not scheduled until sometime this coming Spring. The writers over at Car & Driver have compiled some ideas that they think are pointing towards what we will see and experience with the reveal of the new Bronco. 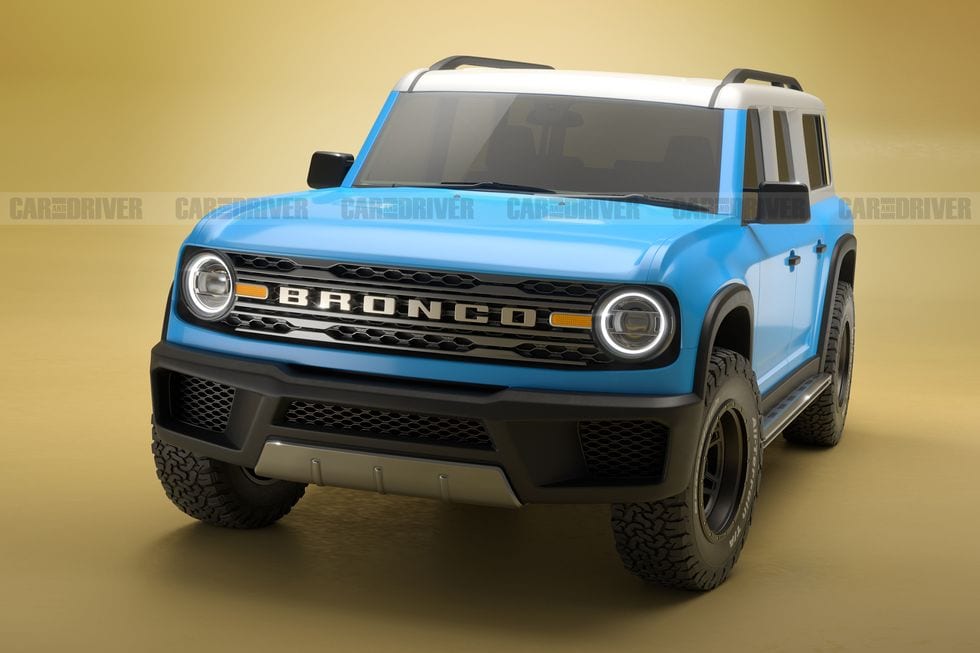 Delivering the new Bronco is not an easy task. There will be hurt feelings and many who won’t accept it. The new Bronco has to have a V8, the roof and doors must be removable, and it has to be a two-door truck.

What we will see is probably somewhere in the middle of what Bronco enthusiasts want and what Ford intends to engineer. The Bronco is based on the Ranger/Everest underpinnings. That has been confirmed since forever ago. New information indicates that the new Bronco will be assembled in the same building that had Broncos coming off the line before in Wayne, Michigan. The construction will be body-on-frame, joining the rest of the iconic off-road capable vehicles in the segment. Wranglers, Tahoes, 4Runners, and Gladiators all have the same construction. 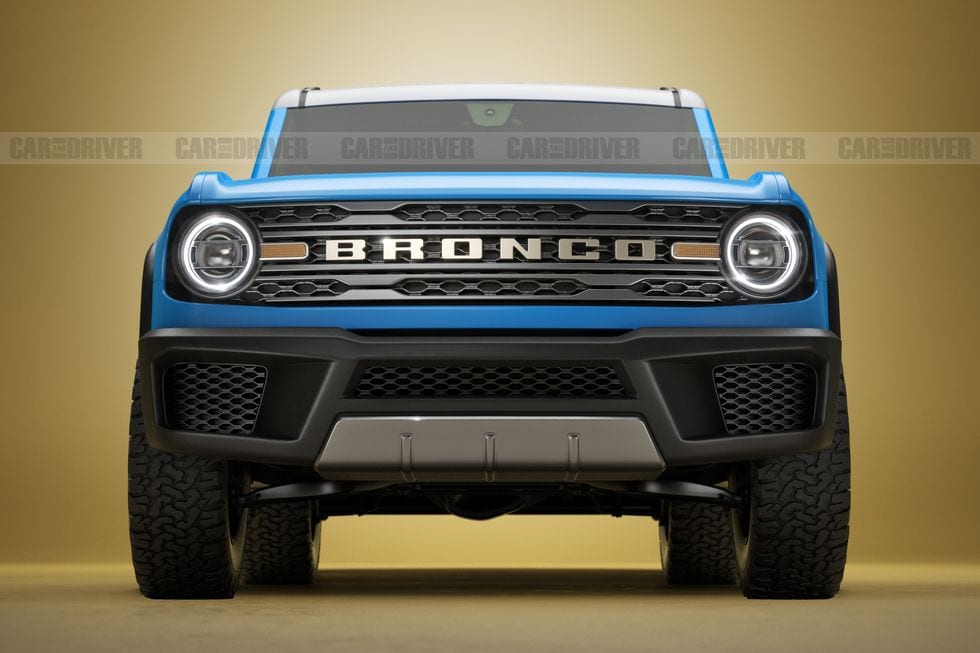 The standard powertrain looks like it will be the 2.3L four-cylinder turbo engine that produces around 270 horsepower and 310 lb-feet of torque. There will hopefully be an optional twin-turbo 2.7L V6 that makes 325 horsepower and 400 lb-ft of torque. The turbocharged engines have a higher torque number than the stock Wrangler’s 3.6L V6 that has 260 lb-ft of torque. A 10-speed automatic transmission will be mated to either engine option. There is a rumor of a manual transmission option as well. We can only hope.

Ford is considering a hybrid powertrain to go with the more conventional turbocharged engine choices. The purests with hate the hybrid. Wranglers in 2020 already have eTorque (mild hybrid) on both the turbo-four and V6 engine options — no mention of a diesel powertrain yet in the Ford Bronco.

Off to the Races

The Ford Bronco R concept raced in the Baja 1000 this year. Bronco R completed 580 miles before reporting a cooling fan issue. The team then dropped out of the race. 48% of all entrants into the competition did not finish. The 1000 this year was delayed a day because of heavy rain and racecourse repair.

We are all ready to see the official reveal this Spring, but these renderings will have to hold us over for now.