Few sedans are more iconic than BMW’s E28 5 Series. Hell, none may actually be so. Even thirty years later, the E28 M5 is still a lust-inducing saloon. It makes enthusiasts swoon, and rightfully so. The car might not have been responsible for BMW’s success in America, but its legacy lives on as one of the brand’s defining cars.

Which brings us to the car for sale here. A dealership down in Miami is offering this Alpina-inspired 535i which, while not an M5, gets you a well-built motor, drivetrain, cooling system, suspension, and so on. It’s also got individual throttle bodies, which are spectacular in every usage but look especially appropriate atop the straight six-cylinder engine.

With its Alpina paint scheme, this car is also a stunner. The E28’s angles, proportions, and greenhouse help it stand out as one of the best sedan designs to date. And the tasteful modifications — yes, Alpina wheels included — only do the shape favors. Even the interior is perfect.

Just look at it. 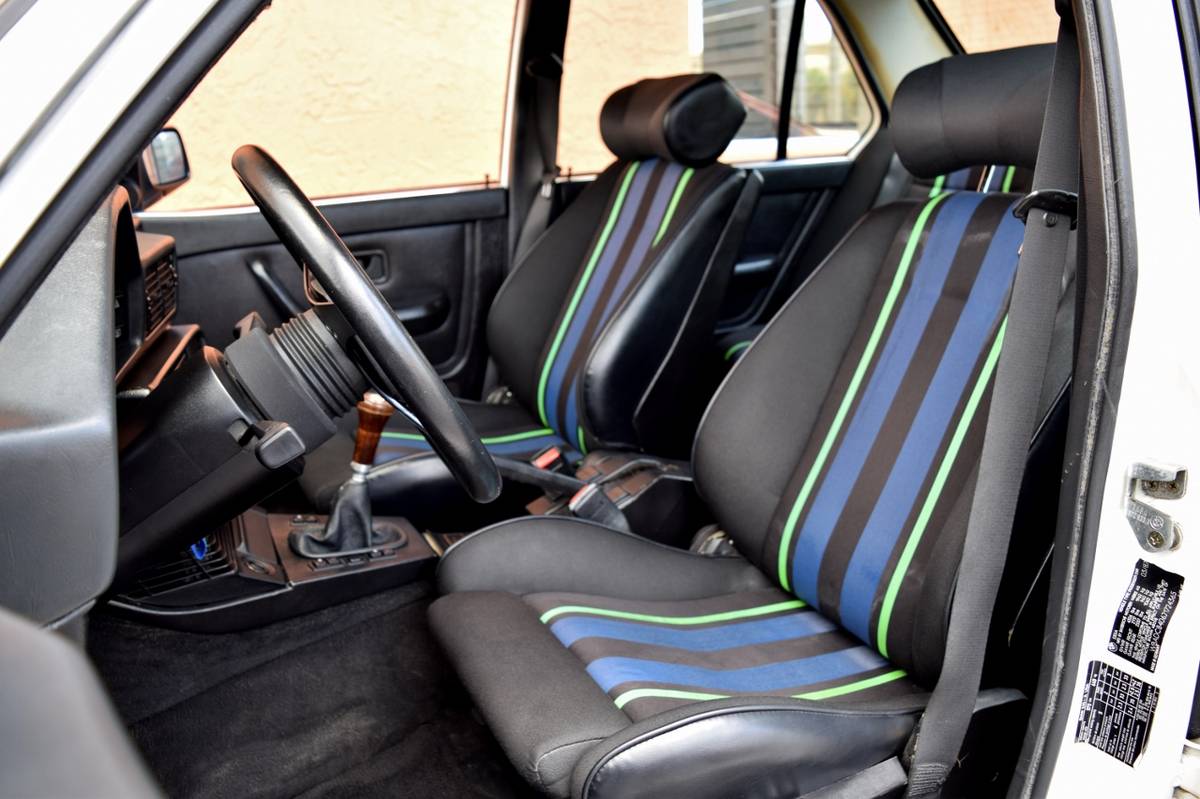 This BMW also sounds incredible as well, as the seller demonstrates in this video. Say what you will about modern cars being safer, no modern BMW sounds like this. They also don’t look like this. Alright, let’s be real: modern BMWs aren’t as good as this.

Back in 1988, my father bought a 535i and has forever told of how magnificent it was. He still regrets not going for the M5, but it stands out in his mind as one of his all-time favorite cars. If I won the lottery and had the cash, this would soon be in his garage.

If I didn’t first claim it as my own, of course.