Highway 33 in Ojai is a brilliant stretch of road that rises, falls, twists, and turns its way across a small section of California land. If you run that route and connect with Fraser Mountain Road, you are in for some of the best driving spots around. Pair it with the right vehicle and magic happens. Especially when you start with something you don’t expect to deliver that magic. That’s what happened when I pointed the snout of the new 2021 Aston Martin DBX toward this brilliant squiggle of tarmac. My expectations were tempered, but they didn’t need to be. At least, during the first part of my drive.

Before we dive into the meat though, let’s take a look at what this thing is. The DBX is Aston Martin’s plan to join the rest of the galaxy in offering a crossover in its lineup. It makes sense, even if it doesn’t make sense for most of us. That’s because everyone is buying crossovers. Even those with means. An Aston Martin owner often also owns a Land Rover, amongst other things. So instead of giving up the keys to their Aston Martin on most days of the week, they can instead use the DBX every day. It has plenty of room inside for people and things, and it still rips and snarls as an Aston Martin should. 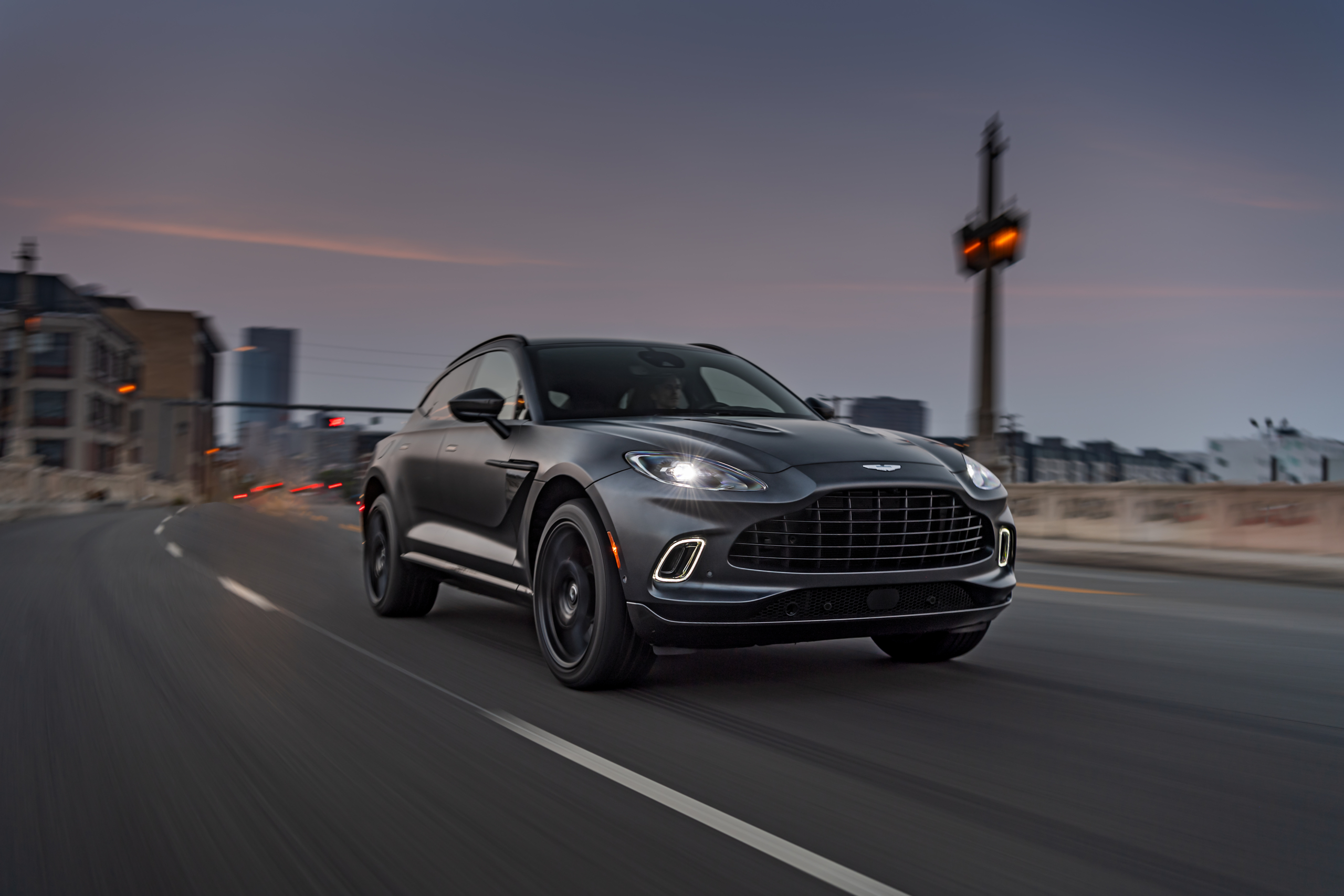 How did we get here?

Aston Martin only just launched the DBX but it’s been developing it since 2016. The automaker has built a new factory in Wales just to crank these things out. This makes sense because AM is hoping to see its overall volume jump by between 40 and 60%. In order to do that, the DBX needs to deliver on the promises doled out with its looks. Aston Martin wants you to think of this as a taller DB11 with more space inside. And you know what? That description is surprisingly not wrong here. 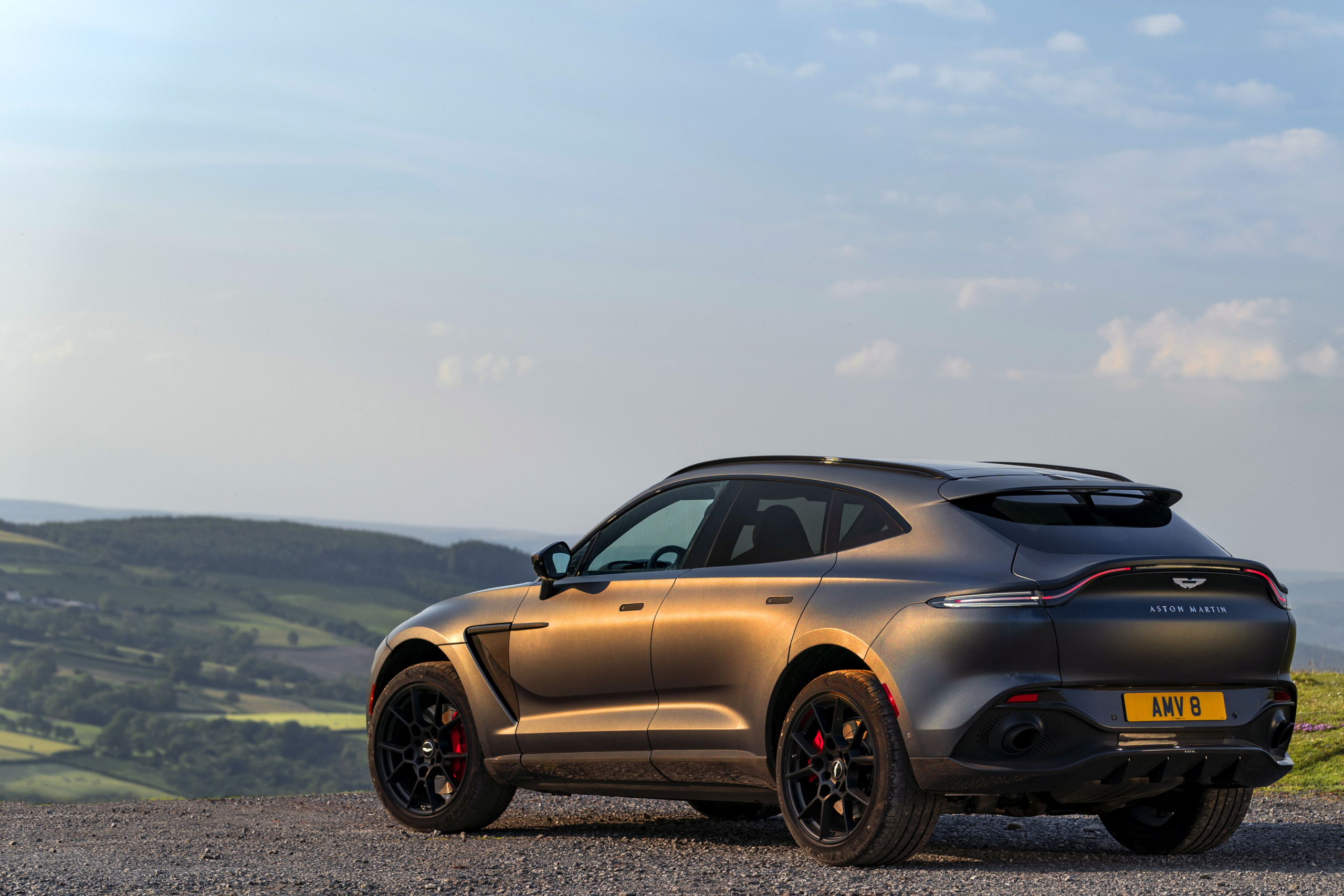 The DBX sits on a bespoke chassis. From there, you bolt in a powertrain borrowed from Mercedes-AMG and the electronic bits that go with it both under the skin and in the cabin. The result is an aggressively styled crossover packing twin-turbocharged heat. Aston Martin takes the 4.0-liter V8 and then retune it to their liking. The automaker also adjusts the exhaust note as well. What we end up with is 542 horsepower and 516 lb-ft of torque flowing through a Daimler-sourced nine-speed gearbox out to all four wheels. The setup here, however, is heavily rear-biased. Power goes to the front as needed, but this is not some nose-pushing old Audi. This is an Aston Martin and it, shockingly, drives like one.

There are different driving modes that move that power around in different ways, but the baseline GT mode is quite nice. Select Sport and the DBX drops down 15mm while giving you a touchier throttle pedal, a gearbox holding shifts longer, and more exhaust noise. Keep going to Sport + and you have heightened the throttle, gearbox, and exhaust fury that much more. In the other direction, which is new to the AM family, you have Terrain and Terrain + modes. In Terrain, the DBX raises up 25mm over the baseline setting. Terrain + adds another 15mm but only if you stick to no more than 28 mph. Should you go over, it lowers to the Terrain setting. Dip back down and it will raise up once again. 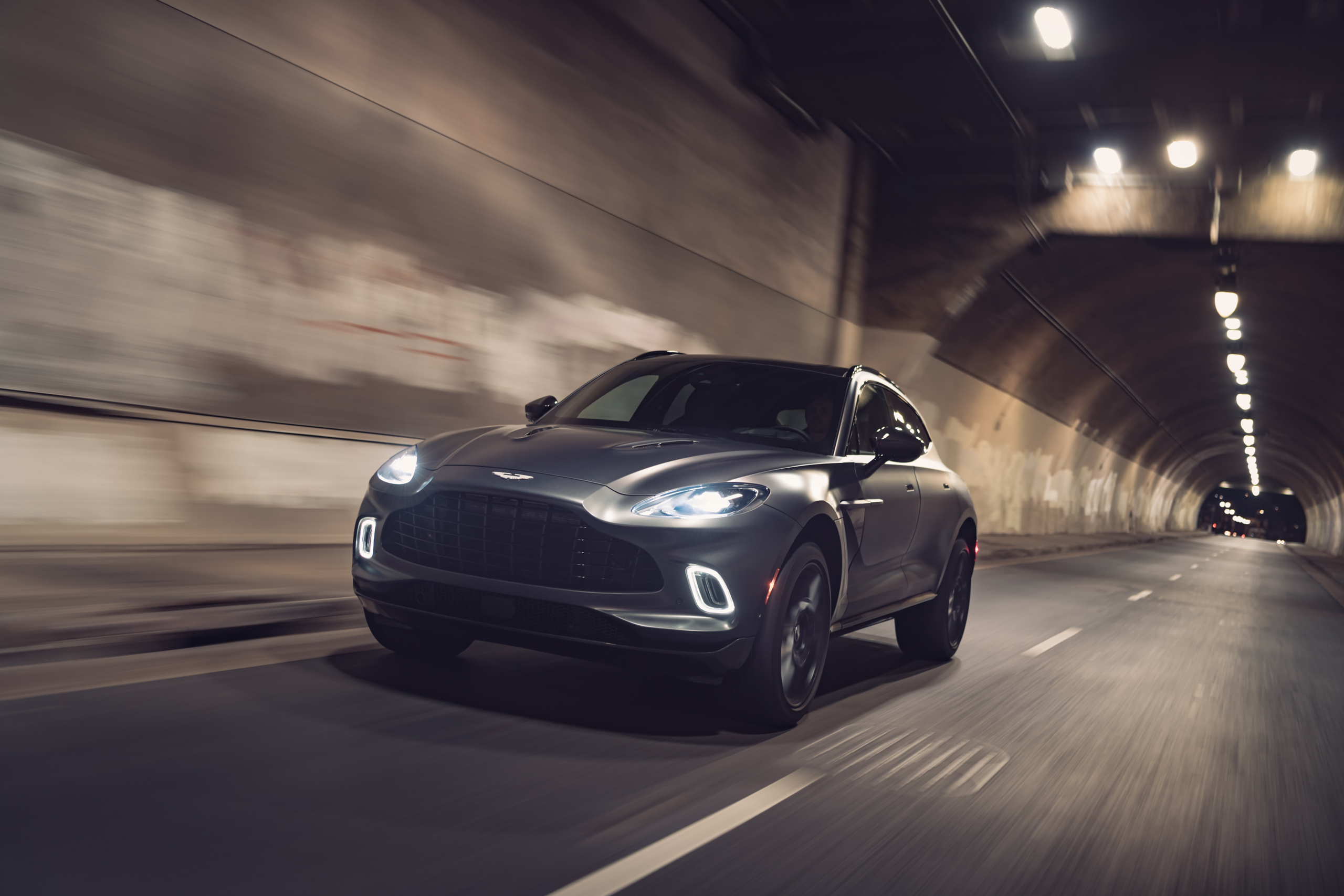 In a few words, it rips.

You have 22-inch wheels wrapped in Pirelli summer tires at all four corners. The steering is tight and responsive, which means the grip and tiller combine to deliver sharp turn-in and mind-bending cornering speeds.  Massive brakes are constantly at the ready to slow everything down. And then mash the throttle to rocket out of corners as the twin-turbos work with the V8 to dole out all the power you’ll need. It will rotate if you want it to, or you can leave all the electronics on and still have a blast.

And it’s comfortable too. This is the most comfortable Aston Martin in which I’ve sat. I never needed to move the seat all the way rearward, and if I had to sit behind a driver as tall as I, I’d be perfectly fine in the second row. Since the infotainment is taken from Mercedes that all works well too. There’s Apple Carplay if you need it and a wonderful sound system to blast your tunes. Don’t go too loud though because the exhaust truly never gets old.

But that’s how it feels on road. Our drive across Highway 33 brought us to Hungry Valley. This is an off-road playground and it’s where Aston Martin hoped we would see another side of the DBX. But it didn’t quite work out that way…

Wrong tires for the job 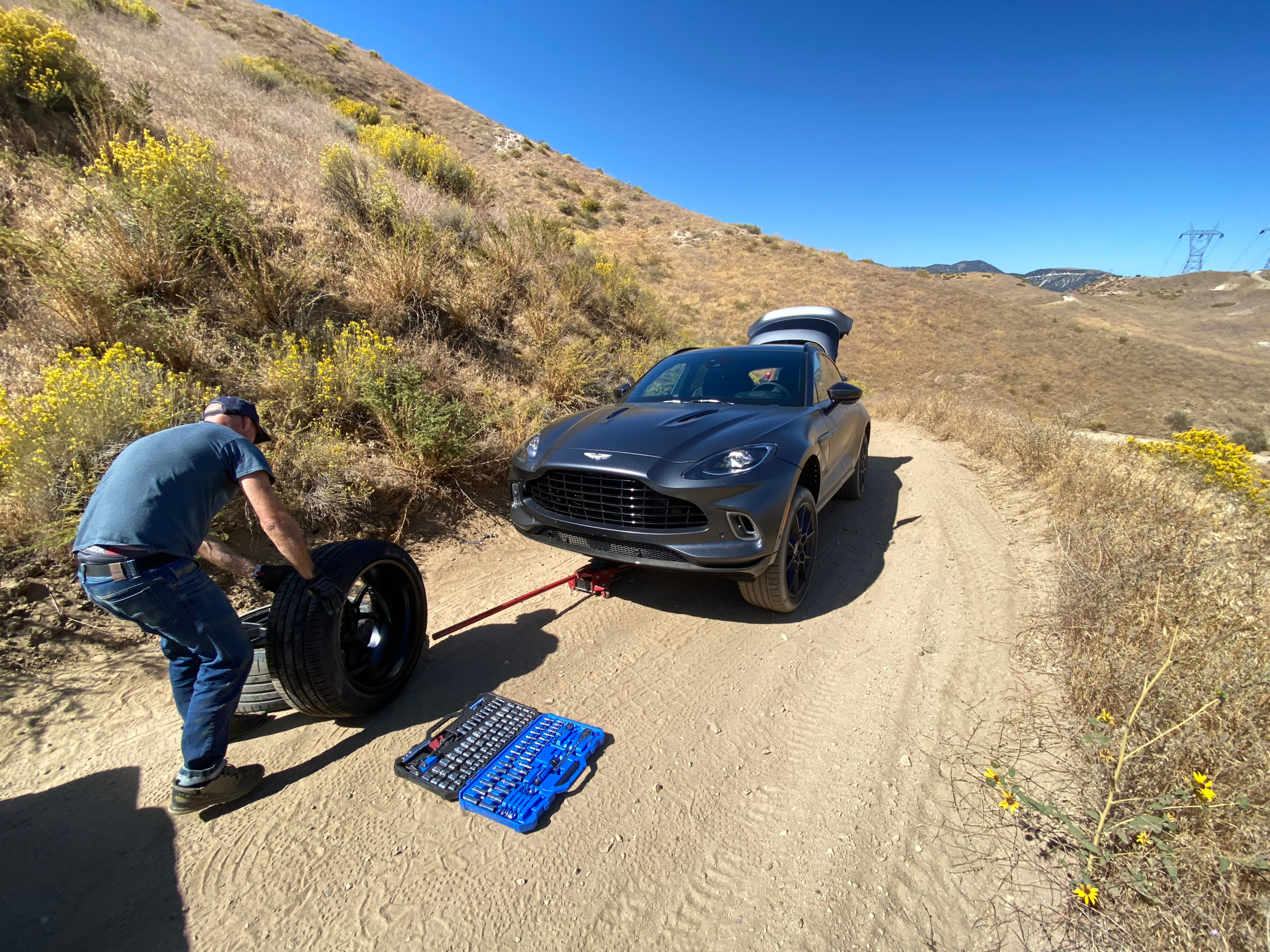 Those same Pirelli high-performance summer tires that grip so well do not enjoy rocks and dirt. In our group of three DBXs, two of us got flat tires. This is on easy stuff too. There was an exposed rock that didn’t seem like a difficult on-trail item yet it easily ripped up the sidewalls. This was 10-15 minutes into the off-road portion of our drive. To be fair to the DBX, this comes down to a matter of the wrong tire at the wrong time. Aston Martin offers the DBX with all-season and winter offerings that likely would’ve handled this incident far better due to stronger sidewalls. Still, those aren’t off-road tire options either. I’m not saying the DBX needs KO2s (that would be rad though, right?) but if we’re going rallying in expensive British hoonmobiles, we need more substantial meat at the corners.

I’ve driven out here before and had zero issues. The specific trails we were on were very mild fire roads.

Back to the good stuff 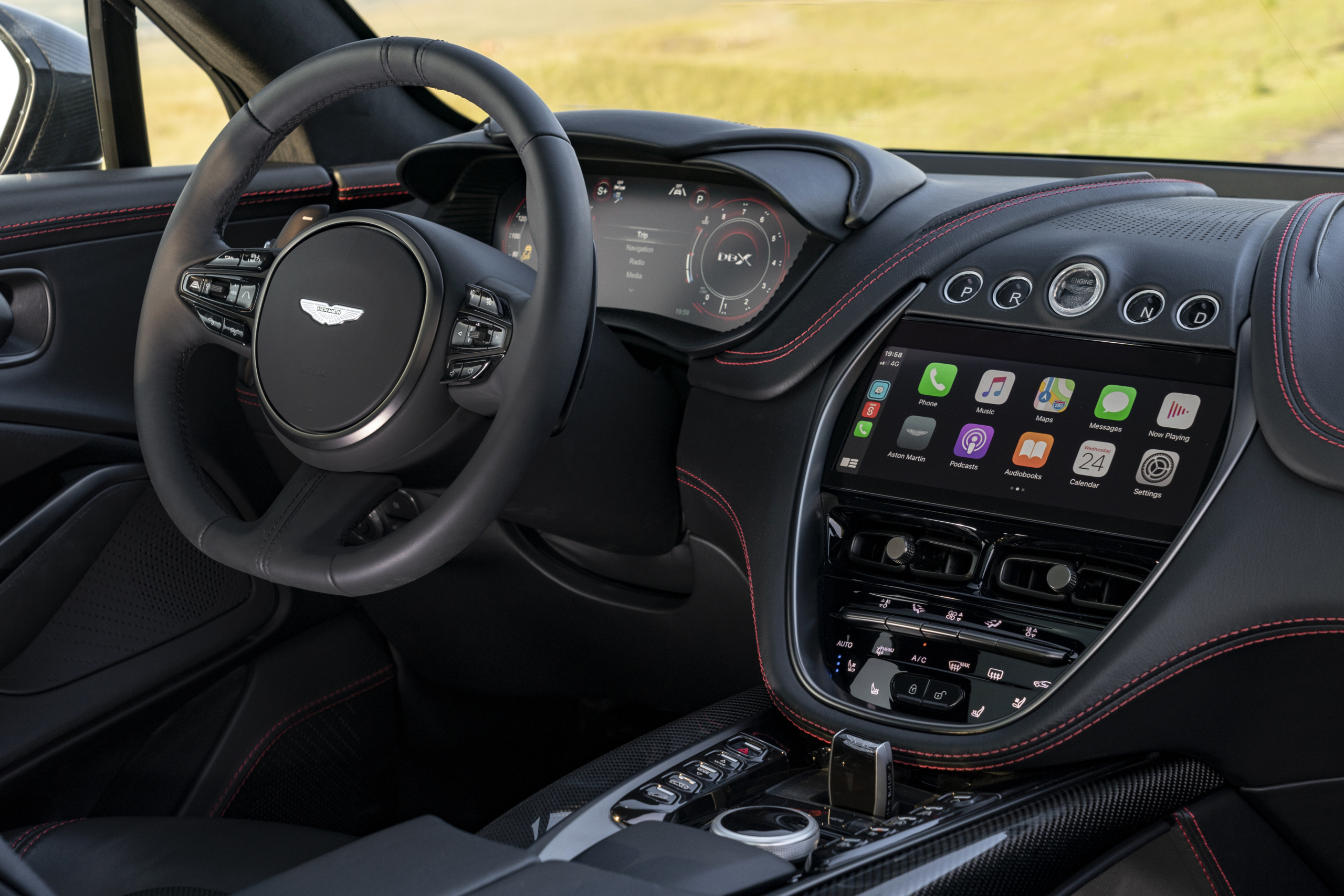 This should be a strong boost to Aston Martin’s lineup. Yes, it’s expensive with a starting price of $176,900. That number should easily climb well over the $200k mark because Aston Martin has plenty of options from which to choose. But against its competition, it’s still doing fine. Aston Martin believes the DBX sits between the Bentley Bentayga and Lamborghini Urus. It’s more dynamic than a Bentayga and more luxurious and less in your face than the Urus. Additionally, it’s smaller visually than the Bentley yet has more room inside. That’s a neat trick of design and packaging right there.

On top of that, Aston Martin believes it can also snag some cross shoppers otherwise interested in the Porsche Cayenne Turbo. 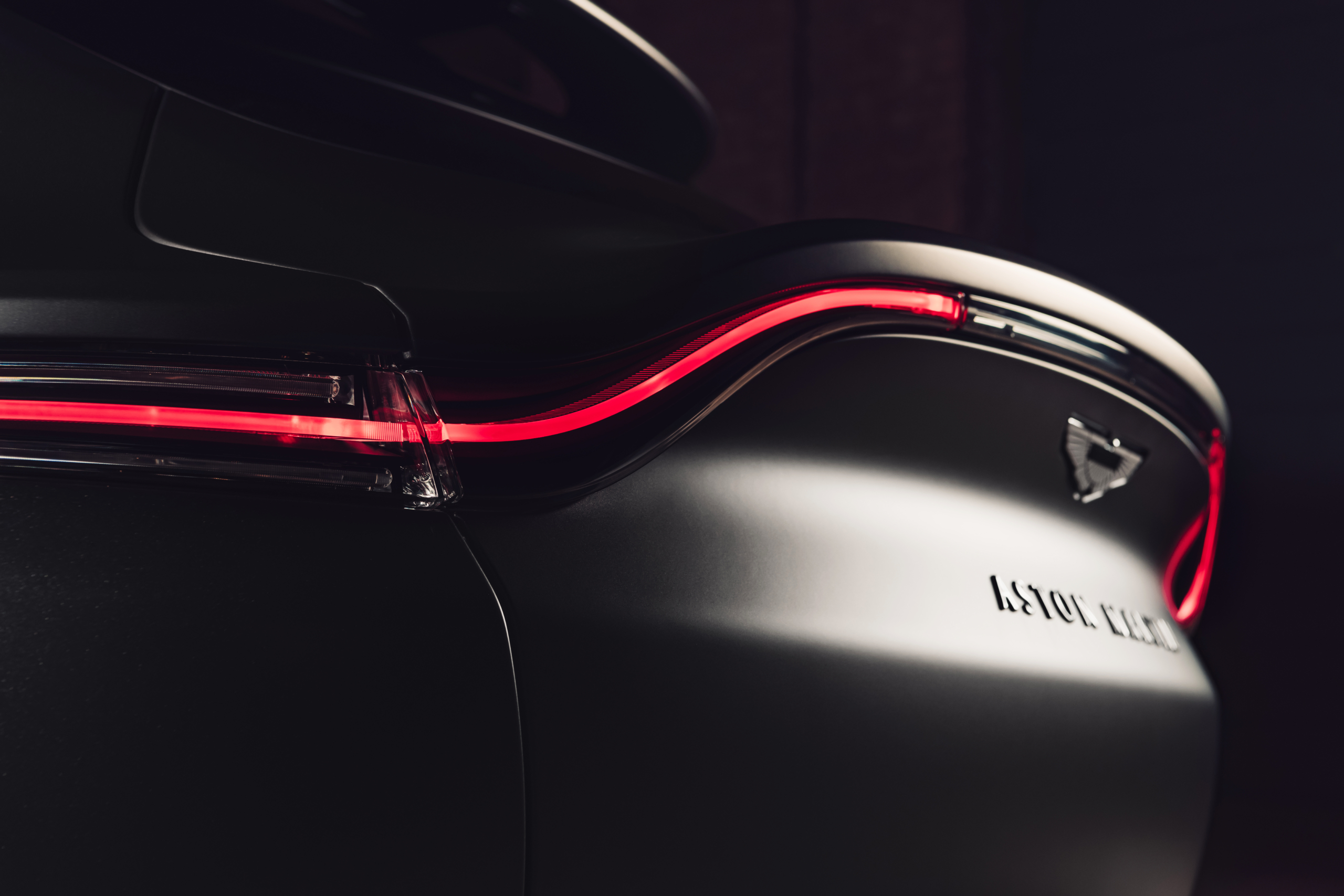 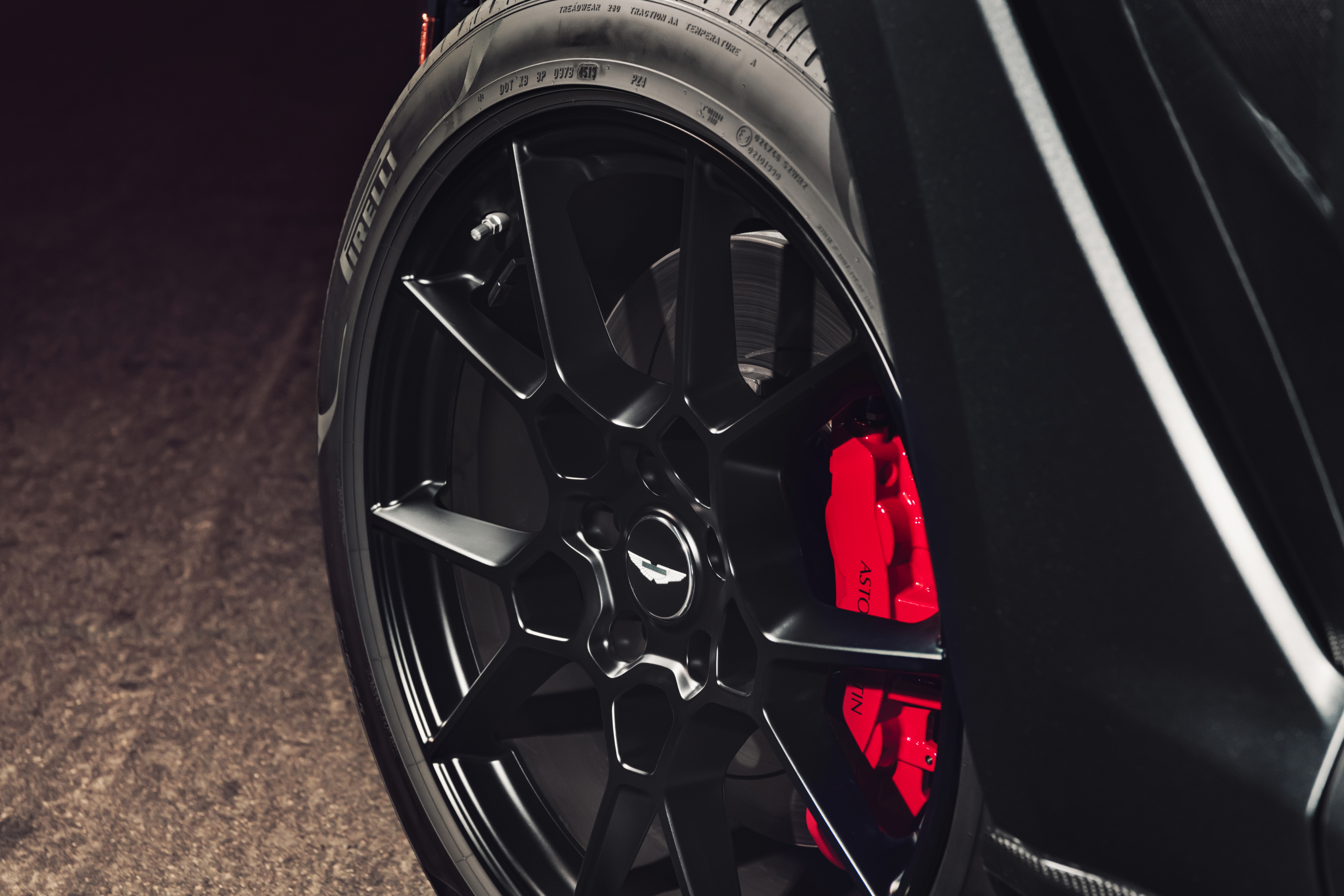 Sum it all up

This thing is a monster on road. I expected it to be quick but a little frightening. Instead, it was incredibly well mannered and clearly down to party when pressed. I’d love to spend time with one wearing different tires though… though 99.99% of any DBX buyers won’t be slogging down dusty trails anytime soon. If they do, we recommend keeping an eye out for rocks. 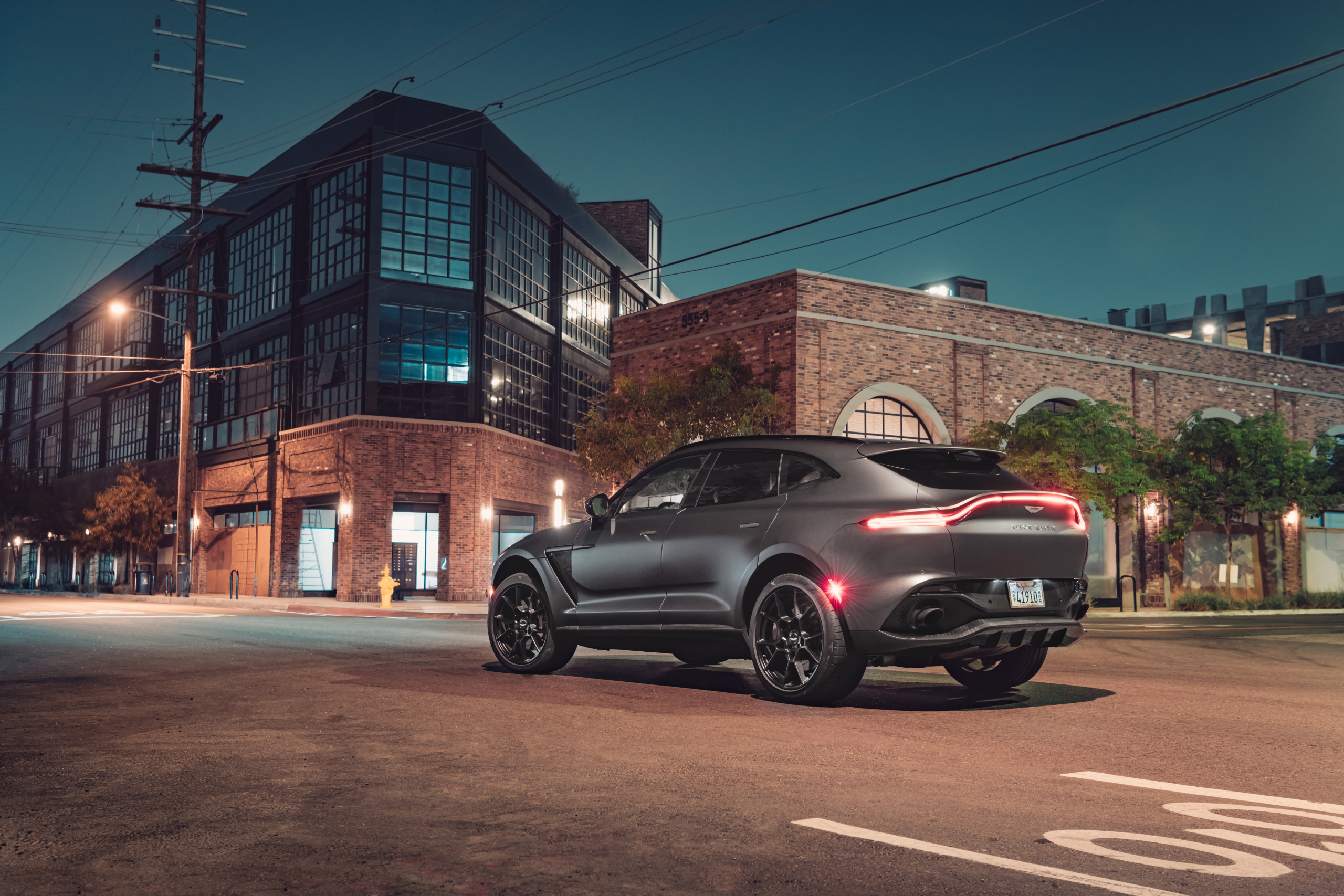 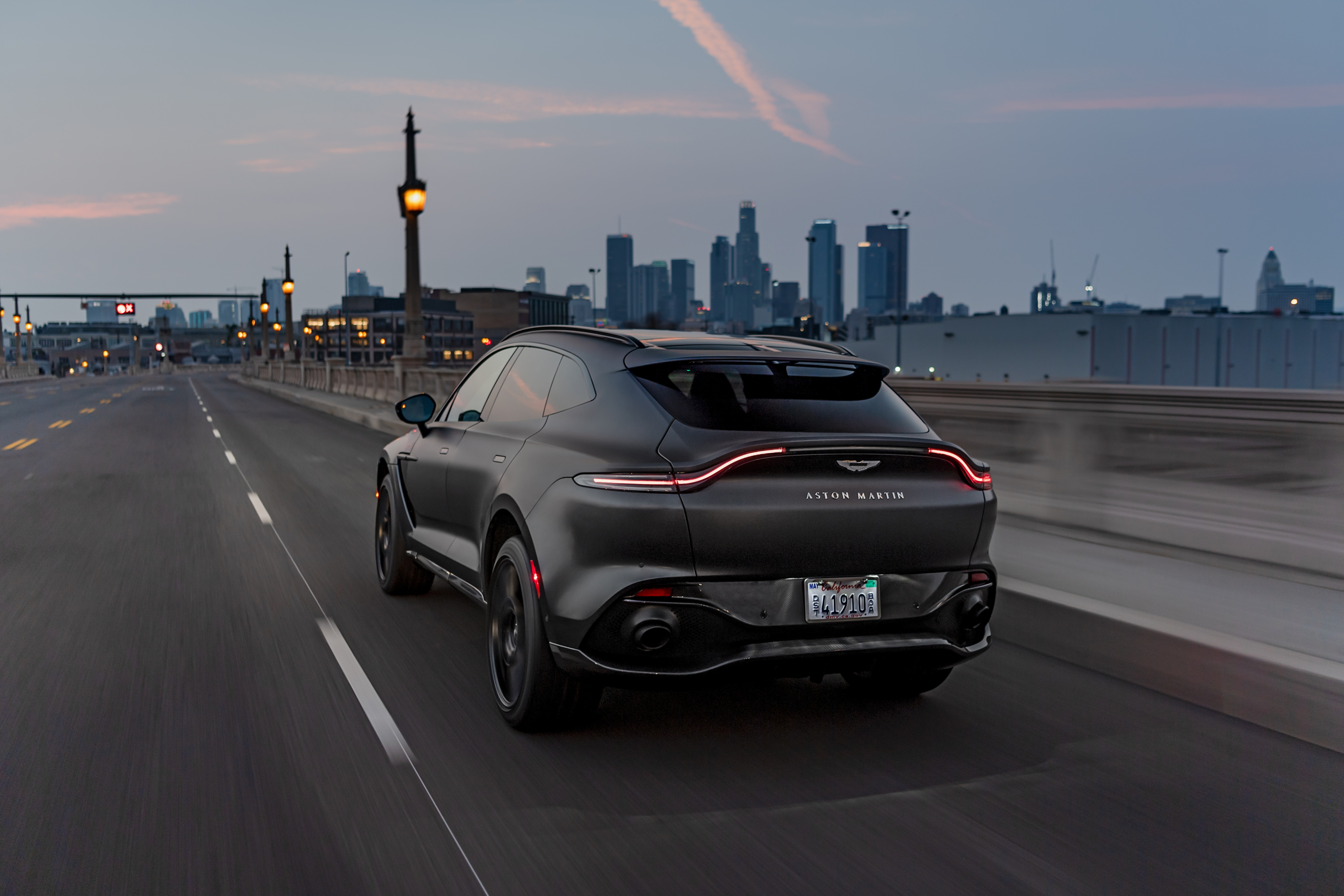 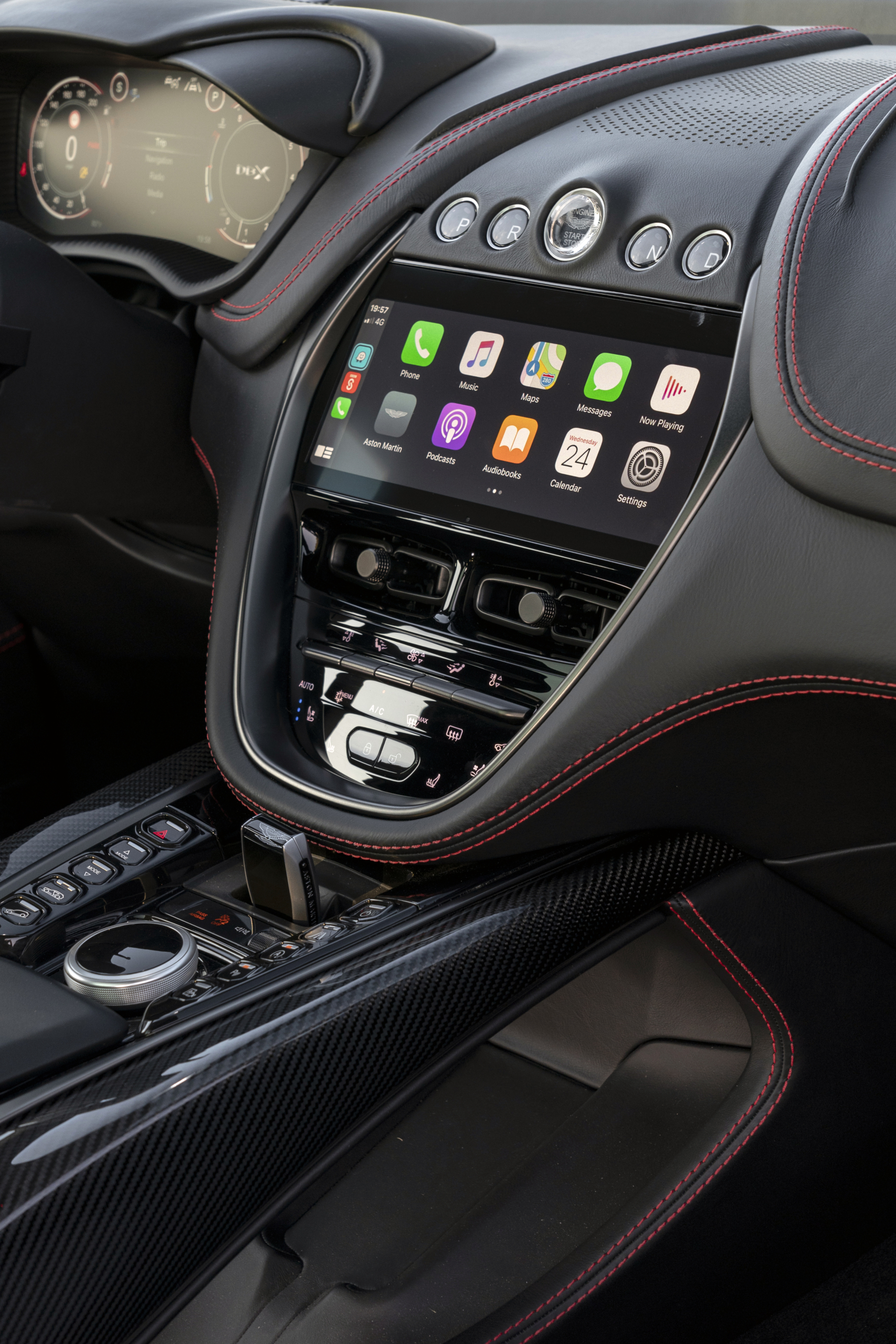 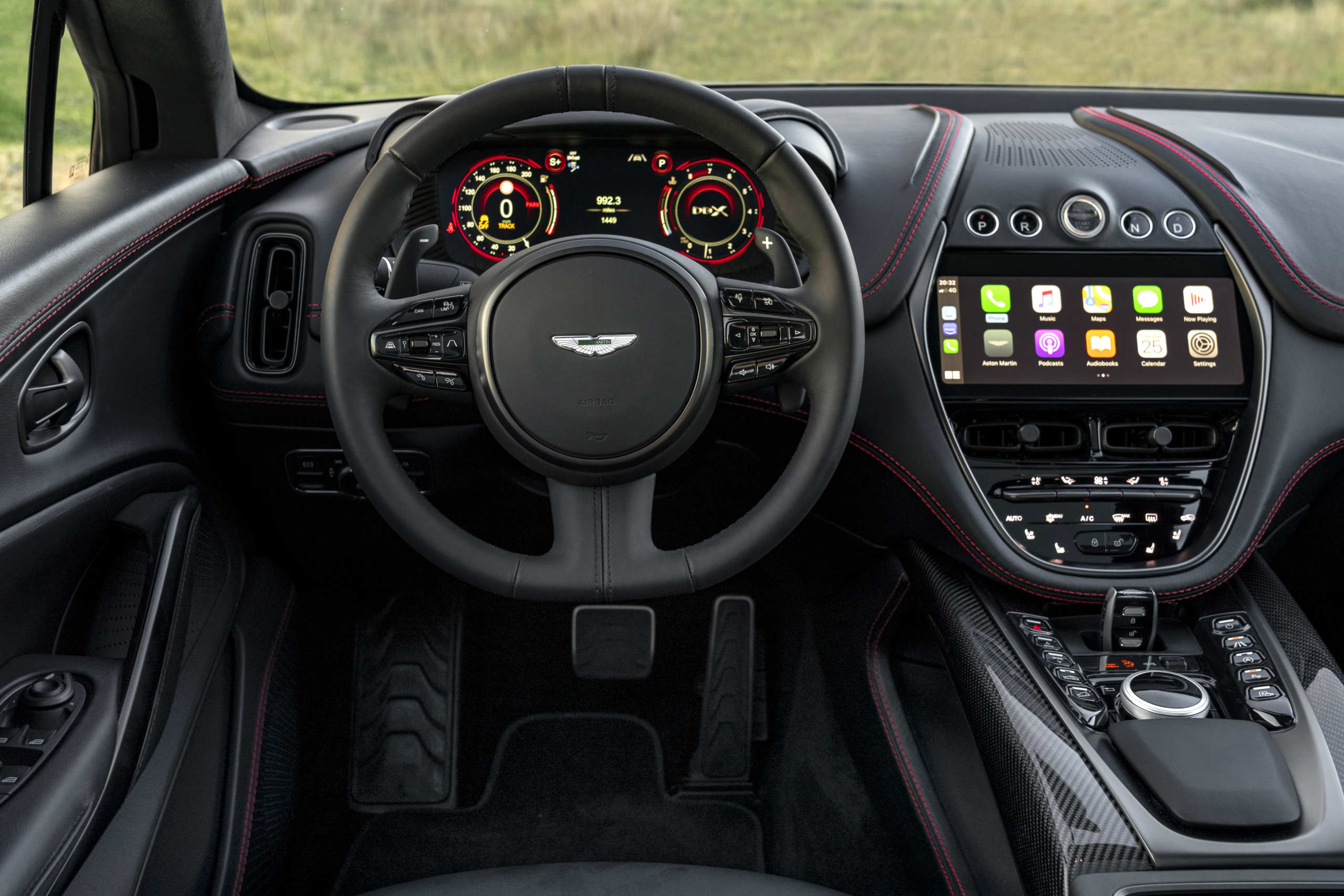 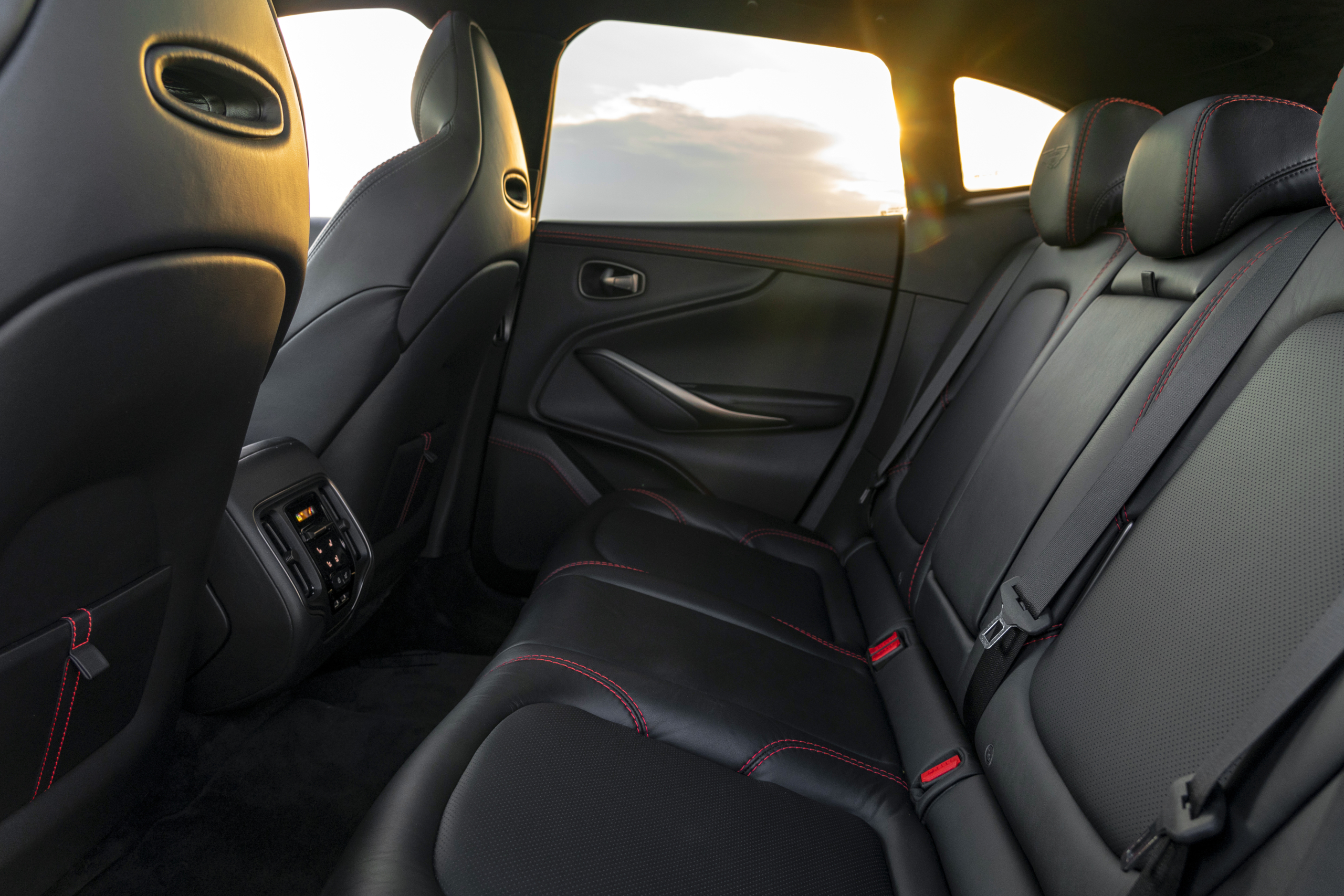 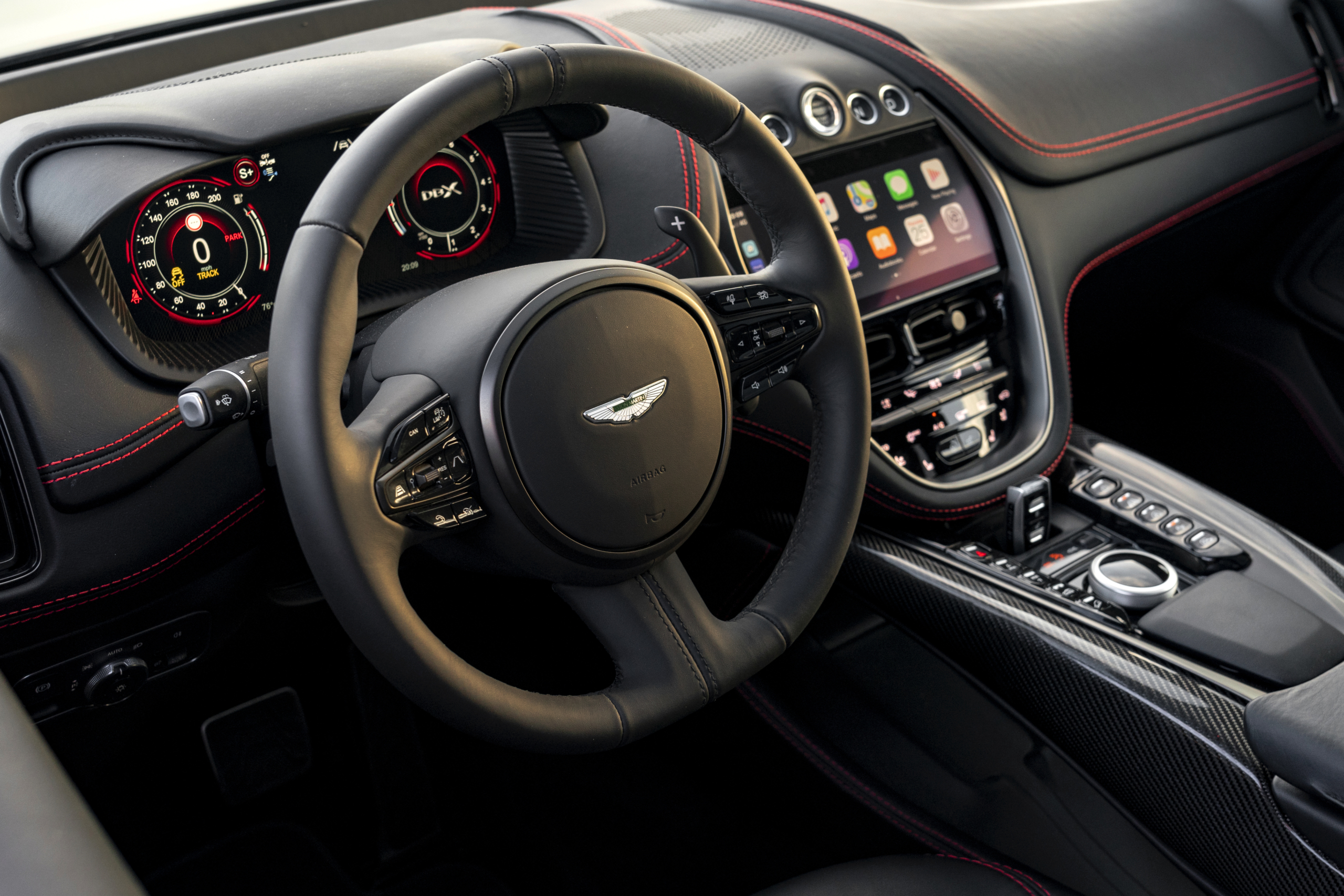 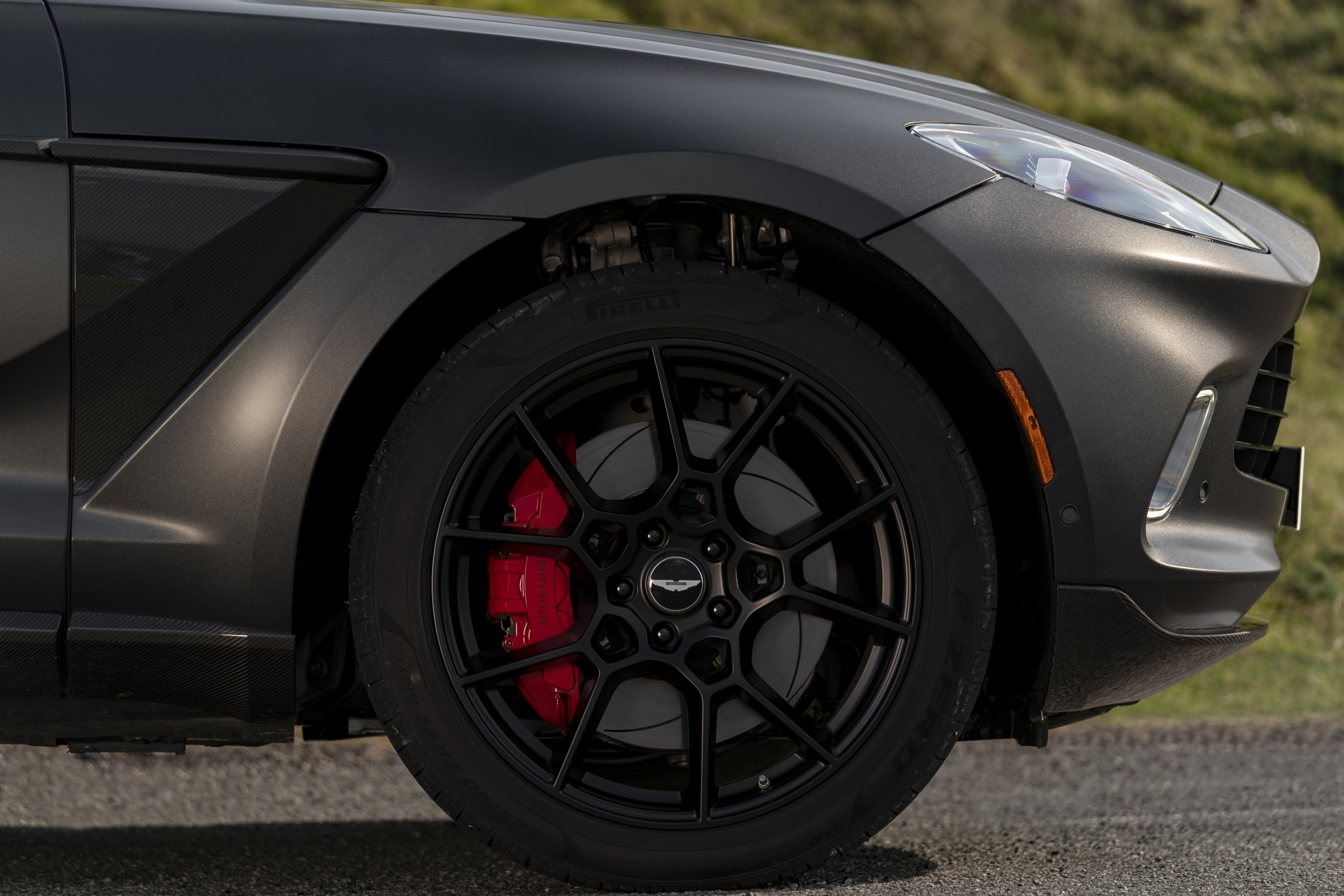 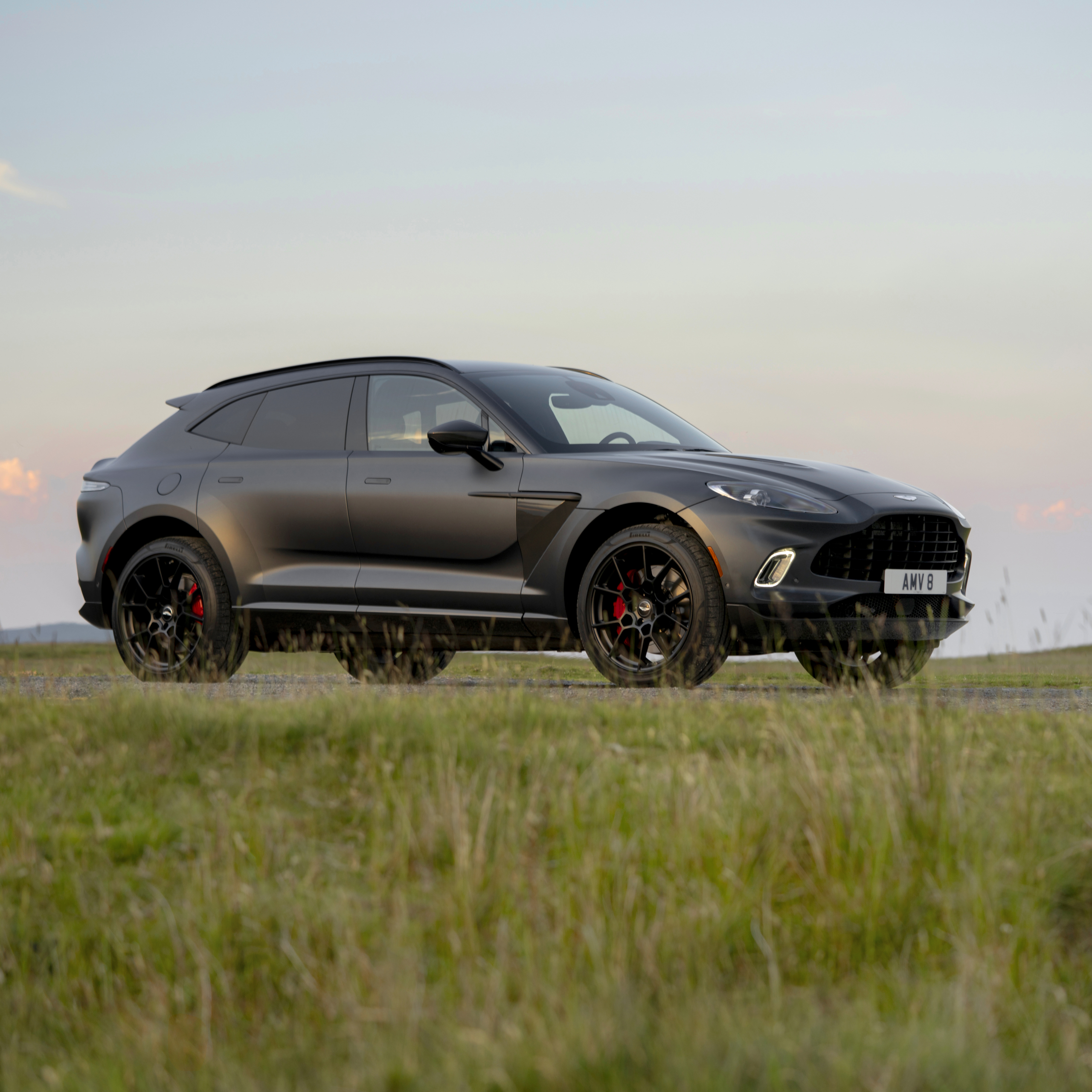 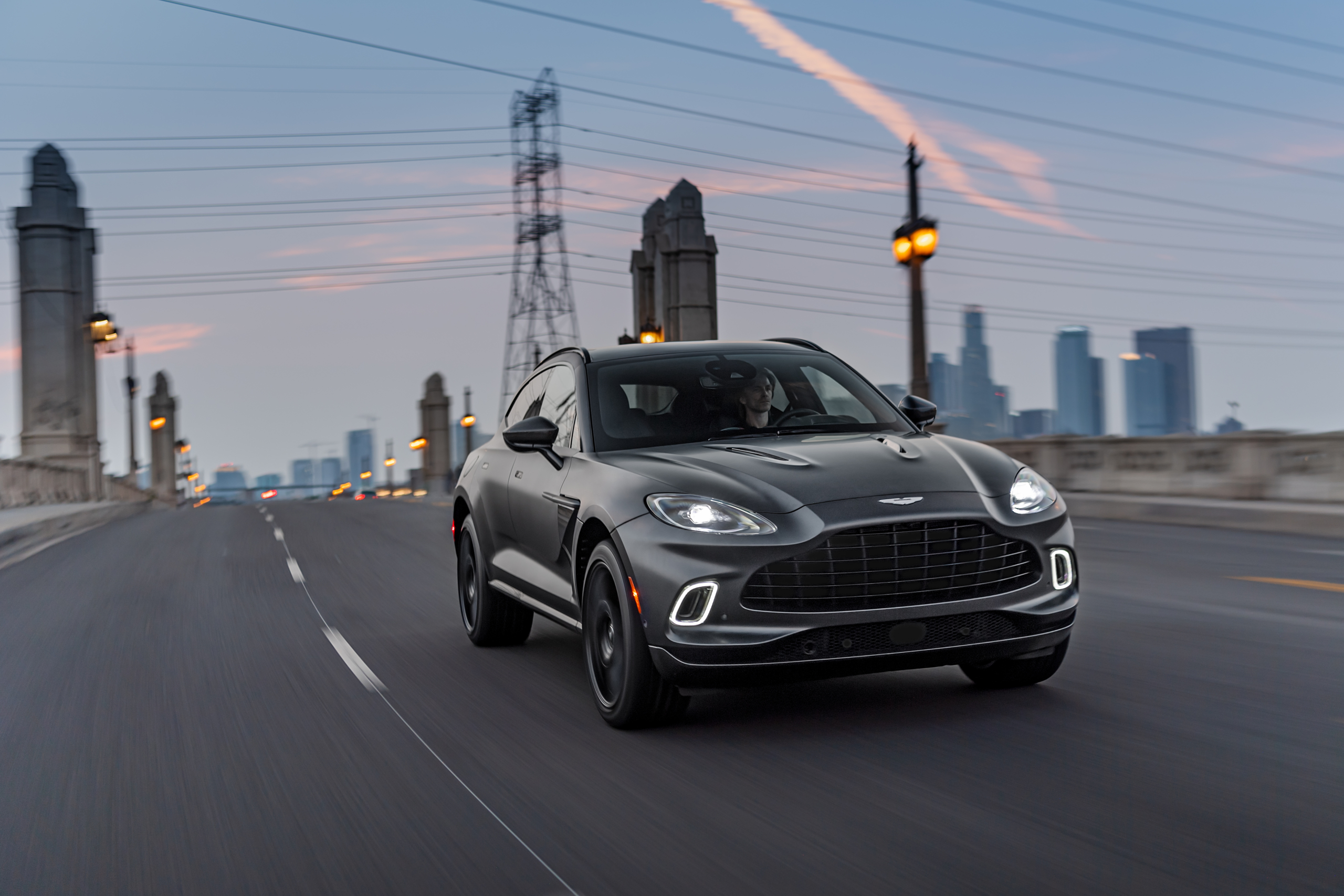 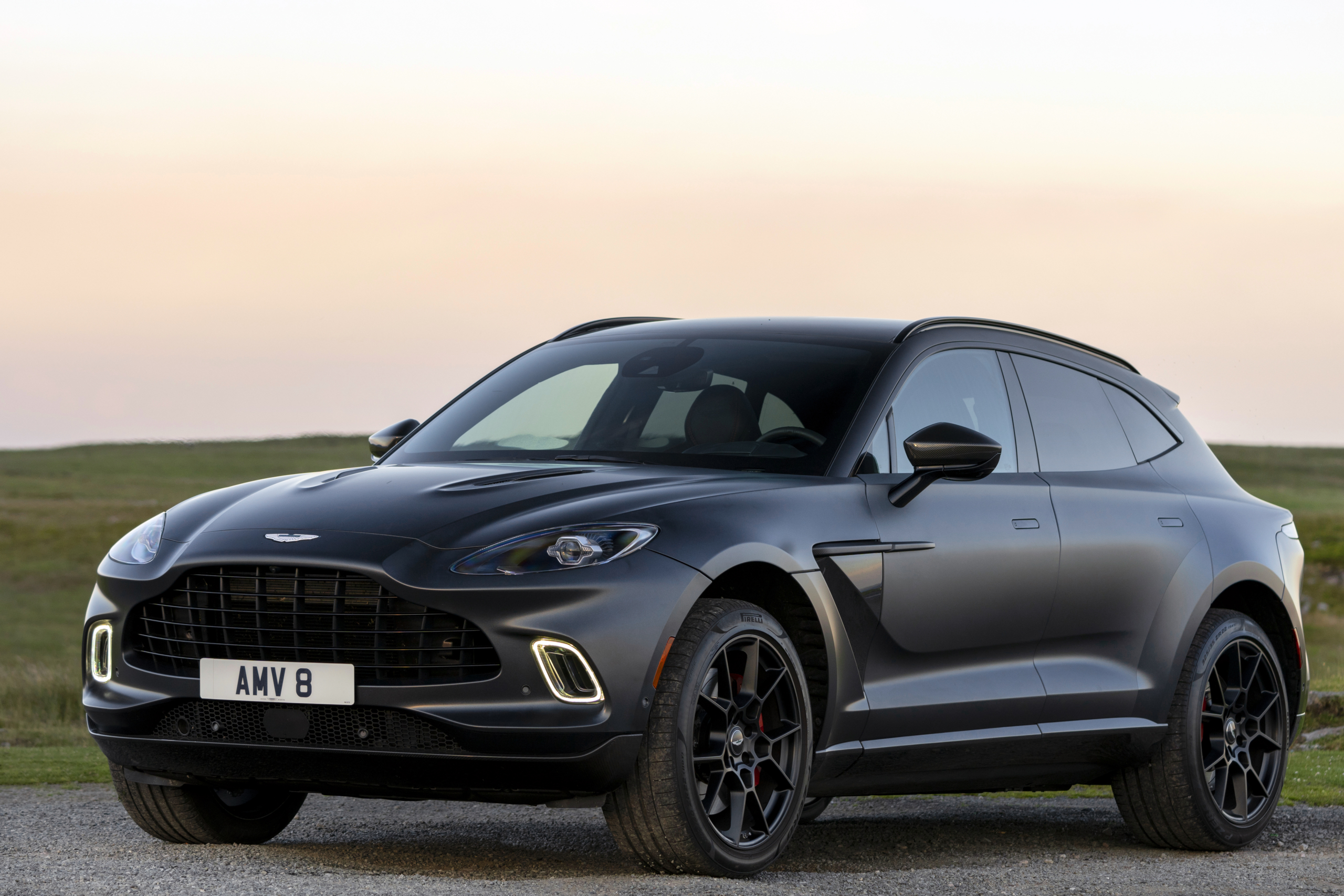 [Disclaimer: Aston Martin invited me to drive the DBX and gave me lunch.]

[Images borrowed from Aston Martin, minus the ones showing the flat tire… they didn’t shoot those pics. And there would’ve been a video of this but the off-road issues put the kibosh on my time needed to shoot such a thing.]