Do modifications increase the value of a Toyota 4Runner?

Let’s be clear from the start: I’m a die-hard fan of the Toyota 4Runner. I have owned a 4th gen and a 5th gen and will inevitably own another in the future. From daily driver to weekend wheeling companion, the 4Runner works shockingly well in every conceivable usage. For many events in my life, including some of the most important, the 4Runner has been there with me. Everybody who knows me and my automotive proclivities knows I love the 4Runner dearly.

And I’m not alone: 4Runner sales have consistently increased year-over-year since 2011. Last year’s sales were double that of 2014. Low gas prices have helped, but the world has taken notice of how versatile and well-rounded the 4Runner is. Fantastic reliability and durability help. So does off-road prowess: over the last few years, the 4Runner’s popularity in the off-road community has skyrocketed. Its presence on the trails has climbed correspondingly as well. And, of course, the aftermarket manufacturers have taken notice, now offering everything imaginable for the trucks. With the right budget, it’s laughably easy to outfit a 4Runner with every off-road modification and accessory imaginable. 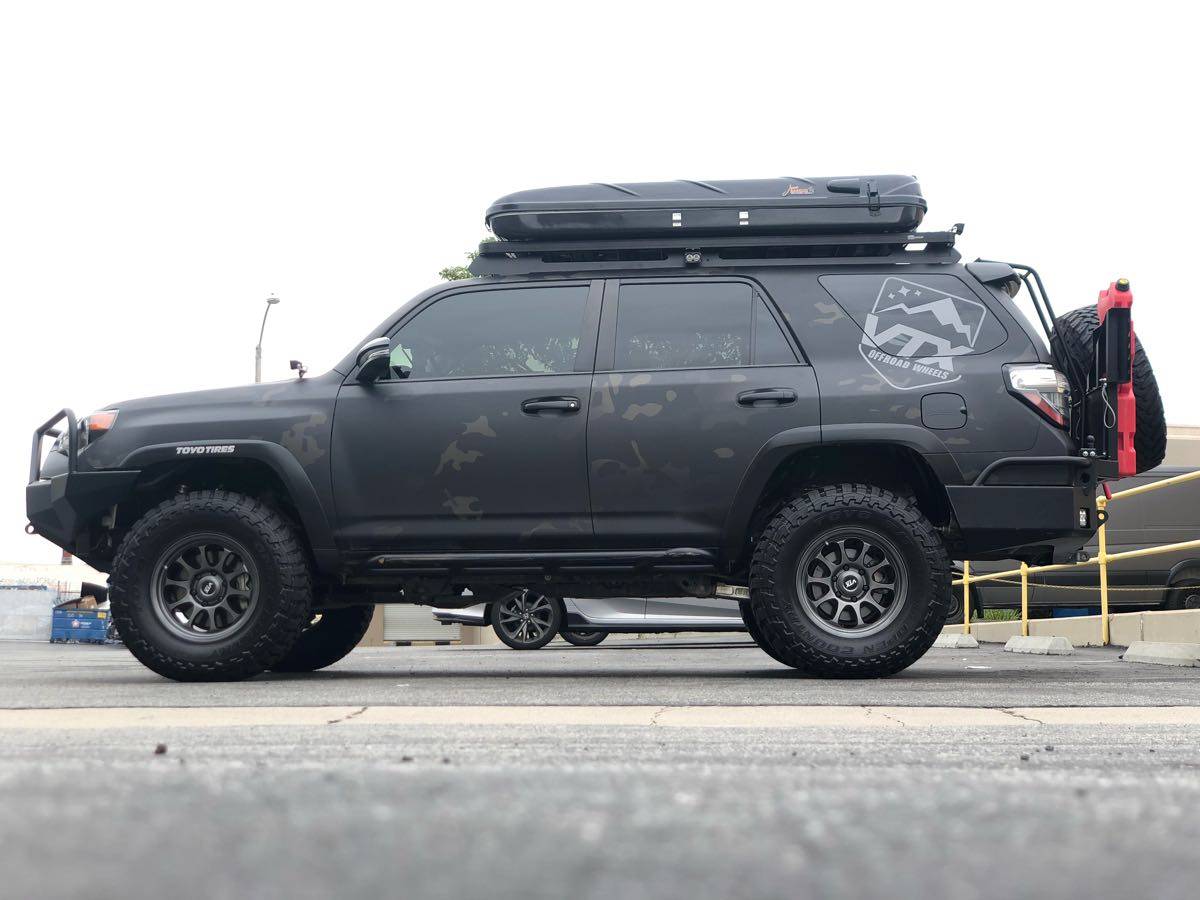 Which brings us to the 4Runner we have here. Once used as a marketing vehicle for VTX Wheels, it boasts a massive array of aftermarket parts, accessories, and equipment. Quality, high-end stuff adorns every inch of the truck. It’s a properly good build that would fill the dreams of many wheelers. Set up like this, you could see the world while living out of a 4Runner. And the amount of stuff that has gone into it in order to allow its driver to do so is reflected in the seller’s asking price.

The final tally comes in at well over $20,000 in modifications. Not counting parts I didn’t include. And not counting labor. So with a 4Runner that was ~$40k new, the ~$20k in modifications bring the asking price up to a whopping $59,999. That’s a huge number. I don’t doubt it’s an extremely well-built vehicle, but the price they want to get for it is a bit insane. 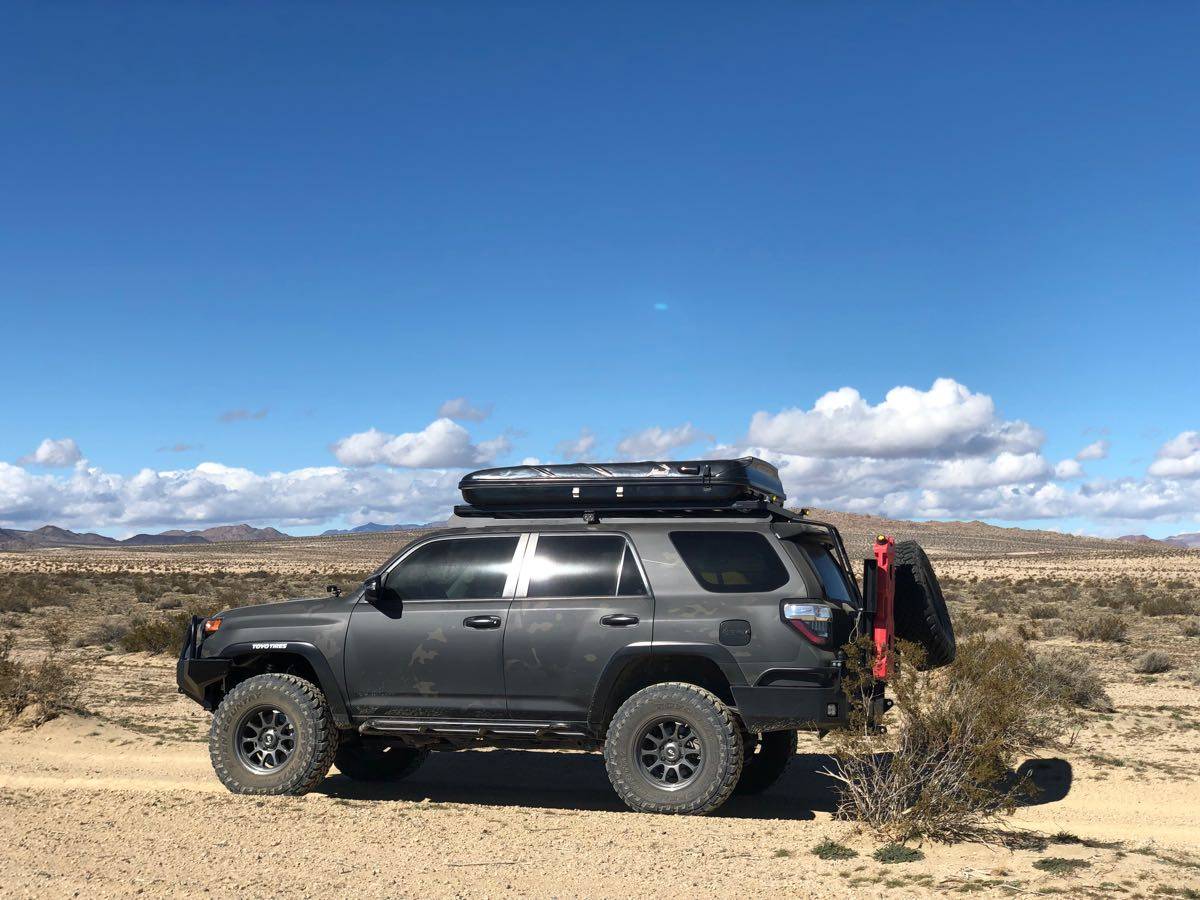 Now, obviously some sponsorships were involved and/or some deals were cut as it is stated that this 4Runner was used a marketing vehicle. Probably a show truck, maybe even for SEMA. But it brings up a good topic: do modifications add value to a vehicle, and why do people think that they do? Likewise, why do Toyota 4x4s hold their value so well, and does concept of modifications adding value apply to these trucks?

Let’s address the first, first: generally, modifications do not increase the value of a vehicle unless they make it truly exceptional. Take, for example, adding a manual transmission to an early paddle-shift, automatic trans Aston Martin. Or a manual to an F430 Scuderia. But off-road modifications? Rarely do they add value or raise the selling price. Owners are usually best off keeping their factory parts and returning the vehicle to stock prior to sale, then selling the aftermarket parts separately (likely for a fraction of what was paid for them new). 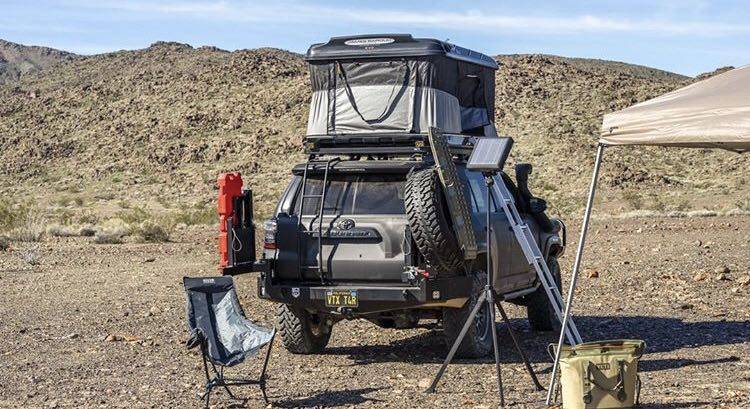 There are exceptions, of course, like when a reputable shop does high-end modifications to a highly desirable vehicle. Things like an American Expeditions Vehicles modified Wrangler could fall into this category. Likewise, so could high-end parts. But rarely, and almost never, do the sum of the parts add as much value as their original retail worth. And note that labor never factors in. When it comes to selling a modified vehicle, one plus one does not necessarily equal two. A $30k vehicle with $10k of modifications rarely makes for a $40k vehicle.

And then there’s the topic of Toyota 4x4s and their lack of depreciation. Well, that’s extreme; of course they depreciate. But spend some time on the normal slew of car sales sites– Cars.com, AutoTrader, CarGurus– and you’ll see exactly what I’m talking about. For whatever reason, Toyota 4x4s suffer relatively minor depreciation compared to other vehicles. Four-wheel-drive ‘Yotas like the 4Runner and Tacoma seem to operate in a weird realm of existence. Older vehicles still sell for high numbers, and year-old trucks still retain value exceptionally well. Some even go for as much used as they do new.

It’s not that the 4WD Toyotas don’t depreciate, but that they hold a very high resale value. Likely due to their reliability, durability, and reputation, values drop fairly little once the “initial depreciation hit” is incurred. Again, they’re not impervious to depreciation, but a few thousand miles on a well cared-for truck still leaves it very close to its original selling price, if not equal to it or higher. It must be said though that this doesn’t apply for vehicles more than two model years old. After that, all bets are off. 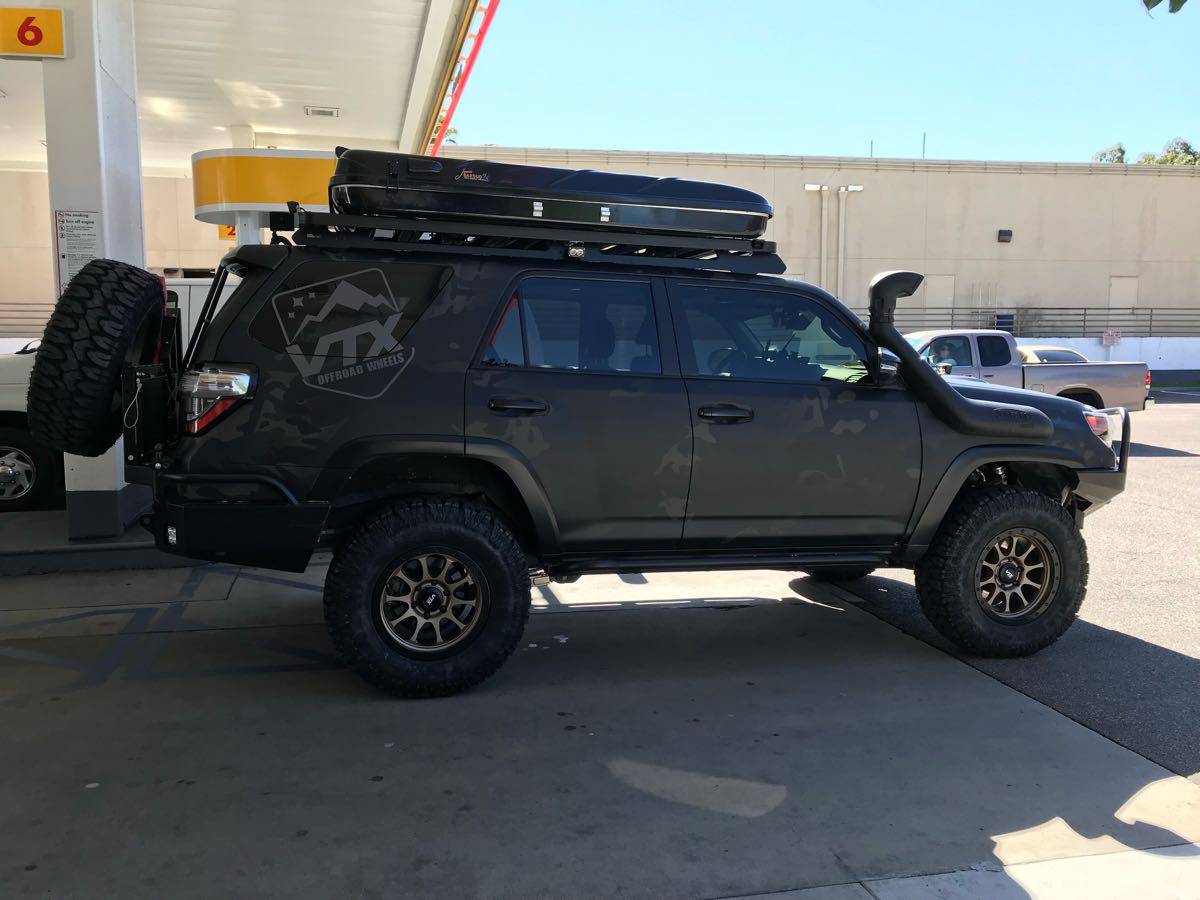 Now, as for this 4Runner… I just don’t know. I’m not trying to rag on the seller, but $60k seems like a lot for what this truck is, modifications be damned. Yes, it’s likely a very well-built vehicle. Yes, reputable shops built it. And yes, it has the right equipment. But– just focusing on the platform here– even for the Toyota 4×4 world it’s hard to see a three-year-old 4Runner with 32,000 miles appear to be worth what it was new. According to the seller, the $40k truck plus the ~$20k+ of modifications makes it a $60k vehicle. But, as noted, the platform has 32,000 miles. It’s a three-model-year-old vehicle. And, crucially, the price of a used vehicle plus the price of modifications does not equal the price of the vehicle on the used market.

When it comes down to it, the value of a vehicle isn’t what the seller is asking but rather what a buyer is willing to pay for it. Sure, it has the “Turn key overland rig” buzzword title, but it’s also listed at a price that stands quite a bit more than the MSRP of any 4Runner, ever. But hey, if they can get $60k for it, I’ll proudly say I was wrong.

That said, and just for perspective, $60k buys a brand-new 4Runner TRD Off Road Premium and change leftover to outfit it exactly the way you want. Or, build it almost exactly like this. $60k simply isn’t the territory that a modified 4Runner should be selling in, especially considering excellent Land Cruisers– much more vehicle than the 4Runner is, at least when not factoring in weight– can be bought and then modified for well under $60k. And whether it’s any other 4Runner, a LC, or any other Toyota 4×4…they likely won’t have the tacky, SEMA-esque vinyl wrap still plastered all over the body of the 4Runner that is cause for this whole discussion. Frankly, I don’t think anybody is going to pay close to $60k for this 4Runner. Maybe $45k, but not $60k.

Then again, apparently the seller knows better than I do: “Keep in mind, I wasn’t born yesterday so I have a good idea what this 4Runner is worth.”

All images courtesy of the original Craigslist listing.