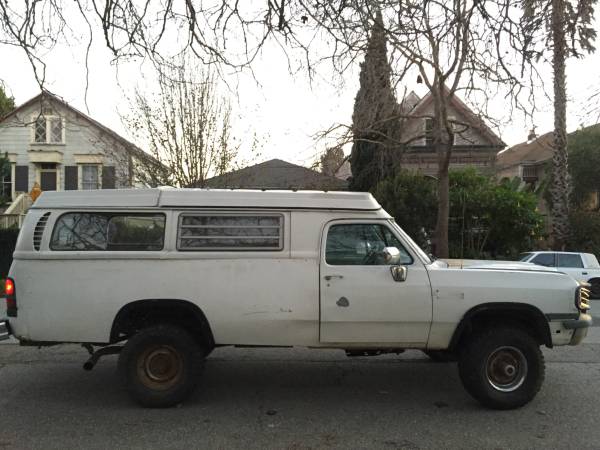 Never has a vehicle so deftly straddled the line between awesome expedition rig and sketchy homeless guy shelter on wheels. The base of this vehicle is a 1991 Dodge Ram D250 Powered by a turbo Cummins 12V Six. Atop the bed and back of the cab has been grafted the carapace of a VW camper van. Based on my wild-ass guess, it appears to be a second-generation T2 (’67-79).

At least from the outside, the graft-a-van-onto-a-truck fabrication is better than one might expect. It gives off a pretty passable giant Trekker vibe with minimally obvious seams or roof sealant overuse. The chassis is bomb-proof and now it has a lot more interior volume. Oh, but that interior…hoo-boy. Nothing screams “don’t touch” like a stained patio furniture mattress inside your custom van-like rig. 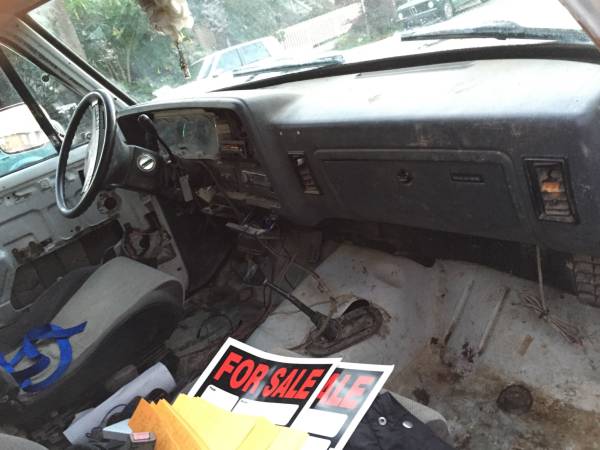 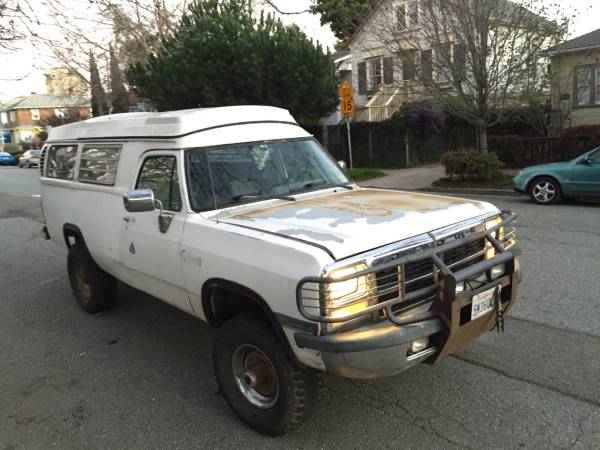 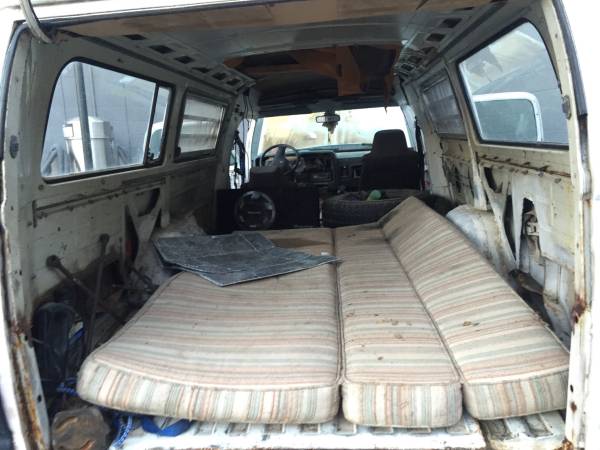 So…I actually really like this thing. You could dump most of the interior contents straight into the dumpster behind the IHOP he’s proposing to meet you at. In step two you can decide what interior finishing or racks or tie-downs (for cargo) you’d like to add. The camper tent thing is shot, but that’s a problem solved for 3-digits at GoWesty. A rear seat might be nice if you’re planning on traveling with more than one other person, as would reinstating the sliding door on the passenger side. Though, at some point you might as well just buy a Suburban or 4×4 converted van if that’s what you’re after.

The price is definitely bonkers at $5,500, but hopefully he can be brought down from there after it sits for a few months.