Just North of Phoenix, there sits a petrified forest of classic American cars. Some readers might be familiar with this place thanks to the show Desert Car Kings. These money making, car flipping shows aren’t really my jam though, so when my friend Brad suggested we check out Desert Valley Auto Parts I had know idea that it was a well-known salvage yard. I was told this yard never crushes anything. and it only has stuff from the 1930s to early 80s. Color me intrigued.

Never ones to shy away from a good salvage yard trip, we took a ride over to explore. As we parked the car, a car carrier was dropping off a few complete, but tired looking cars. Brad and I strolled in, wide eyed and overwhelmed with the amount of old American metal we were confronted with. The staff we spoke to was friendly, more so than what I’m used to at salvage yards. I’m sure they get visitors regularly. We were told that it it wasn’t a pick and pull yard and that was also backed up with a bunch of signs. If we saw something we wanted just take a picture of it and they’d do their best to pull the item. Otherwise it was 2 bucks to walk around. Fair deal. I would recommend visiting in the morning. We visited on a Friday afternoon on the first triple digit day in Phoenix. It was quiet, but volcanically hot. Best not to forget to bring sunblock, water, and a floppy hat. 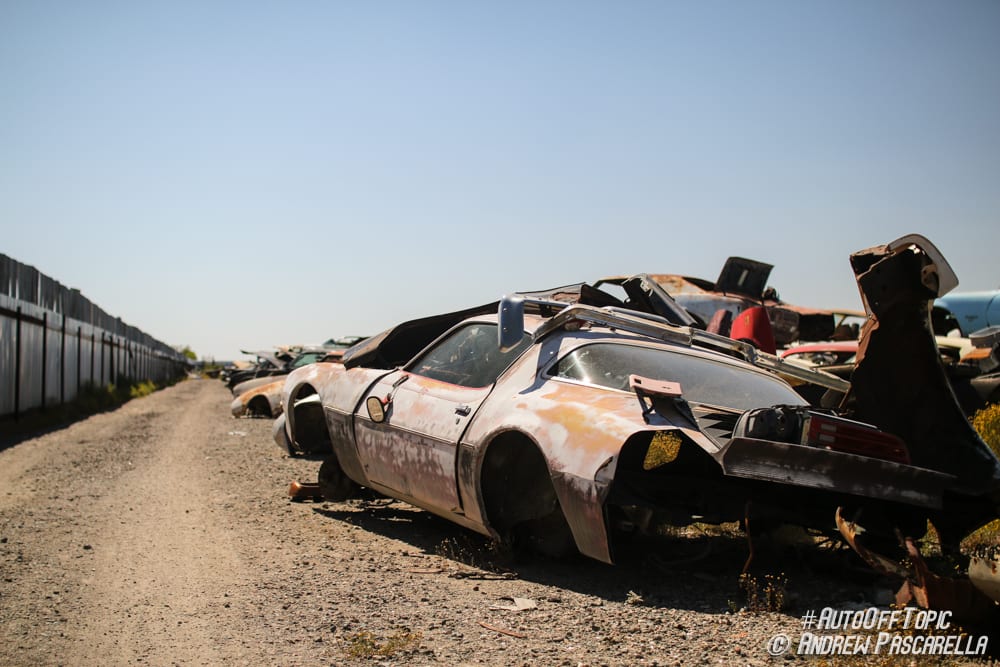 The very front of the yard has whole vehicles you can purchase. The cars aren’t just haphazardly tossed onto the property. Inside the main area, the rows of cars were neatly stacked, and organized mostly by makes and models.  Many of them had paint marker notes written on them saying things like, “Solid body”, “full drive train”, “6 bolt LSD”. There is a small joy in seeing what appears to be a chaotic place like this organized with such care. 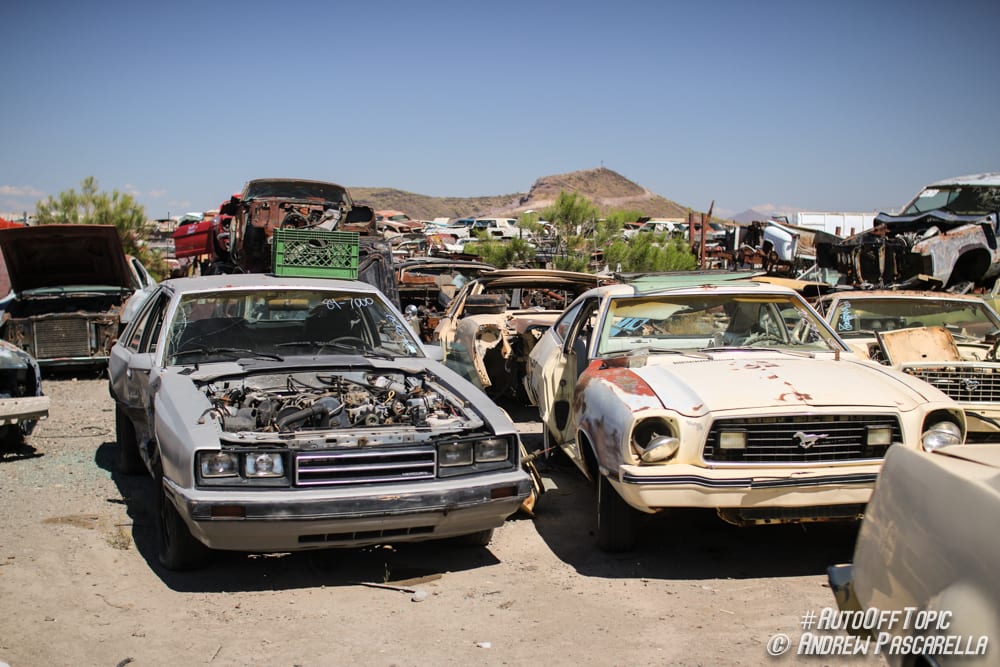 One man’s junk really is another’s treasure. A non car person would call a place like this a junkyard and that really is a misnomer. “Junk” implies that something is useless with no value to anyone. A place like Desert Valley can be more accurately called a salvage yard. Coming from the east coast, salvage yards are generally filled with late model wrecks, rusty and broken, soaked with water and oil. Seeing a yard filled with nothing newer than maybe 35 years old was impressive. Most rust was merely surface flash rust, it was hard to spot anything that was truly rotted. 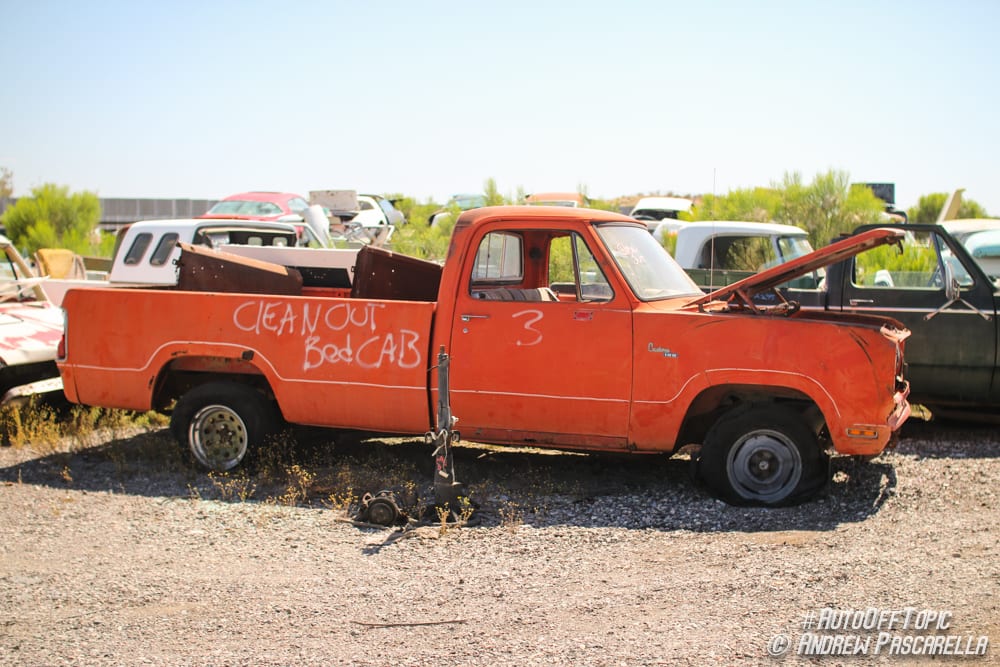 While this yard is total ruin porn, these rusty hulks of cars are useful. It may be depressing to see these to see these former machines withering in the Arizona sun. However it’s not for nothing though, the parts pulled from these cars keep other beloved cars on the road. Vehicles like this are the organ donors of the car world. These cars would otherwise be crushed and recycled into new soulless CUVs. For that reason, I’d rather see them rest in the desert, slowly picked of all that’s useful. Junkyard exploration is a great joy of being a car enthusiast and this is one of the coolest I’ve seen. It’s worth checking out, maybe you might even find your next project car. 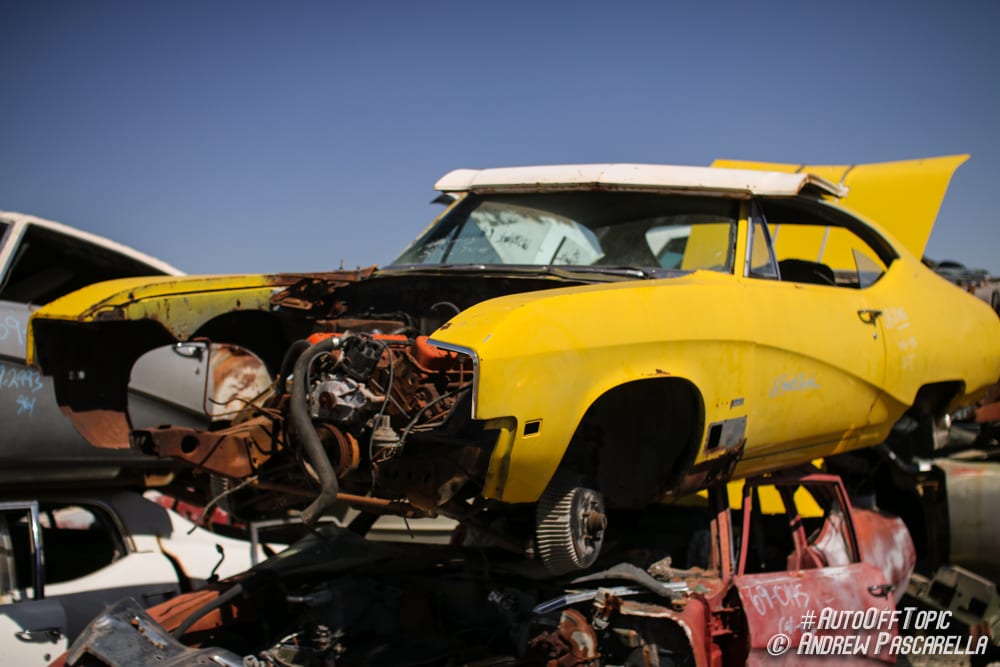 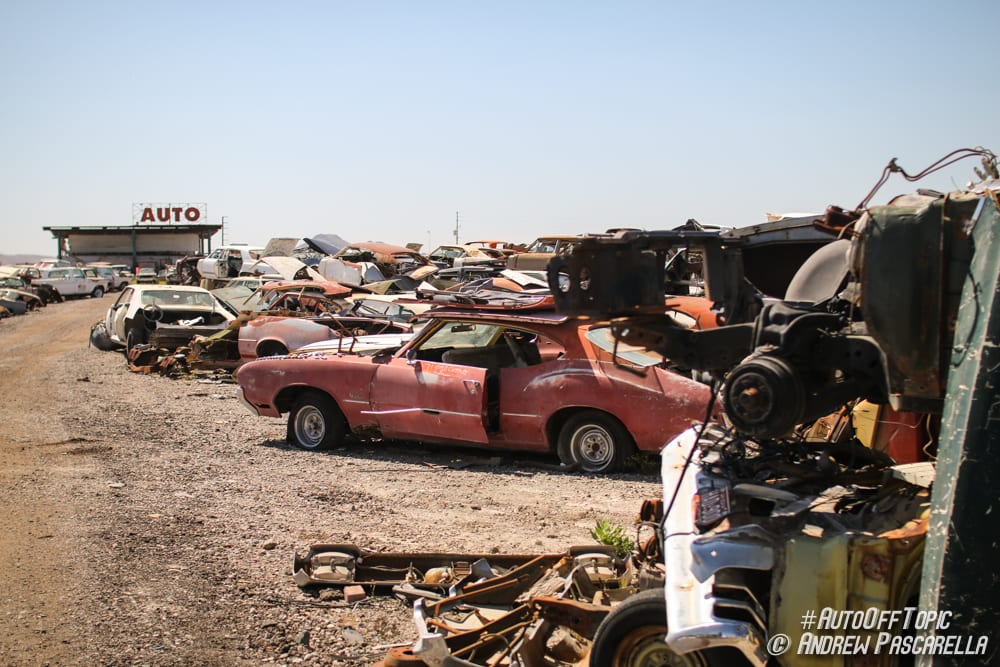 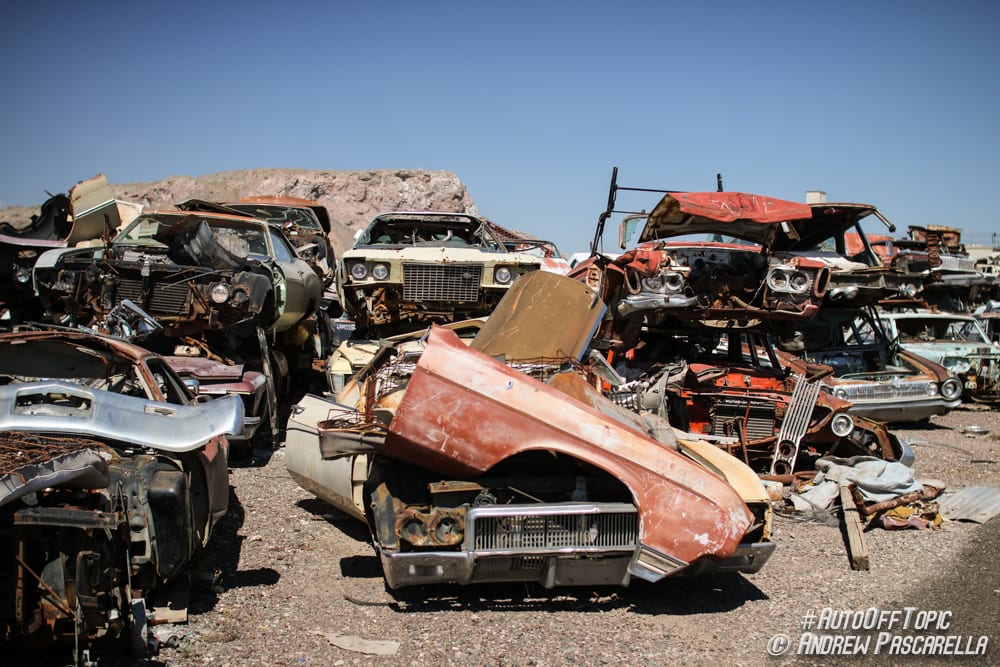 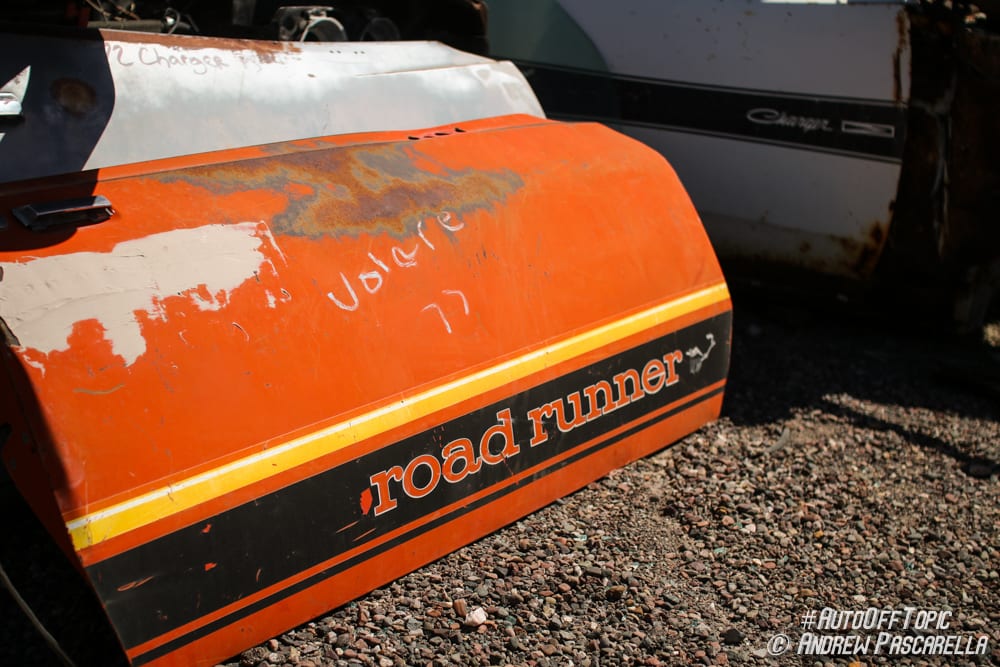 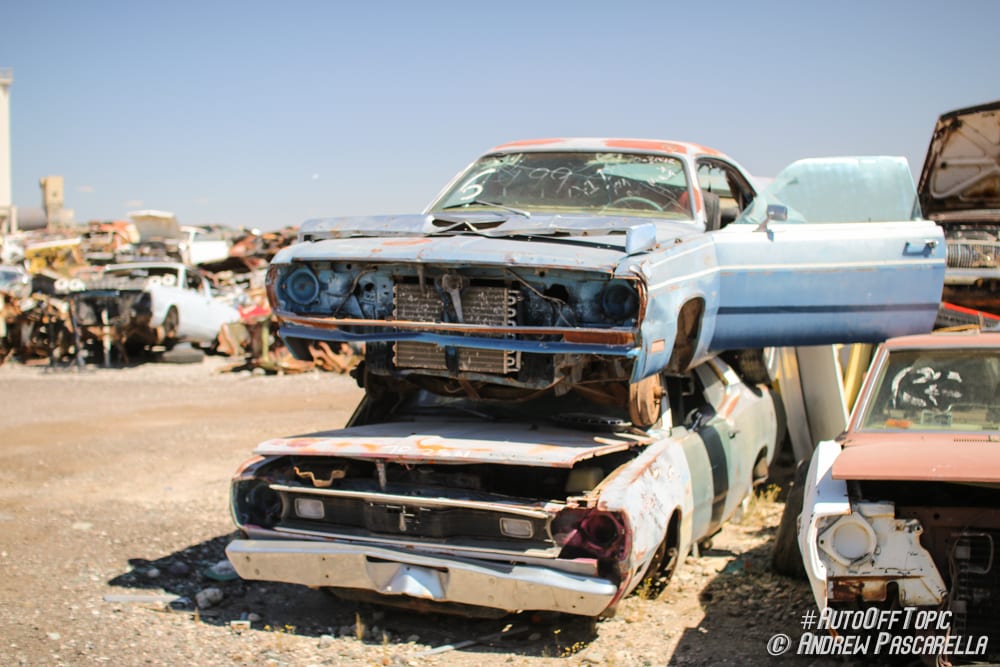 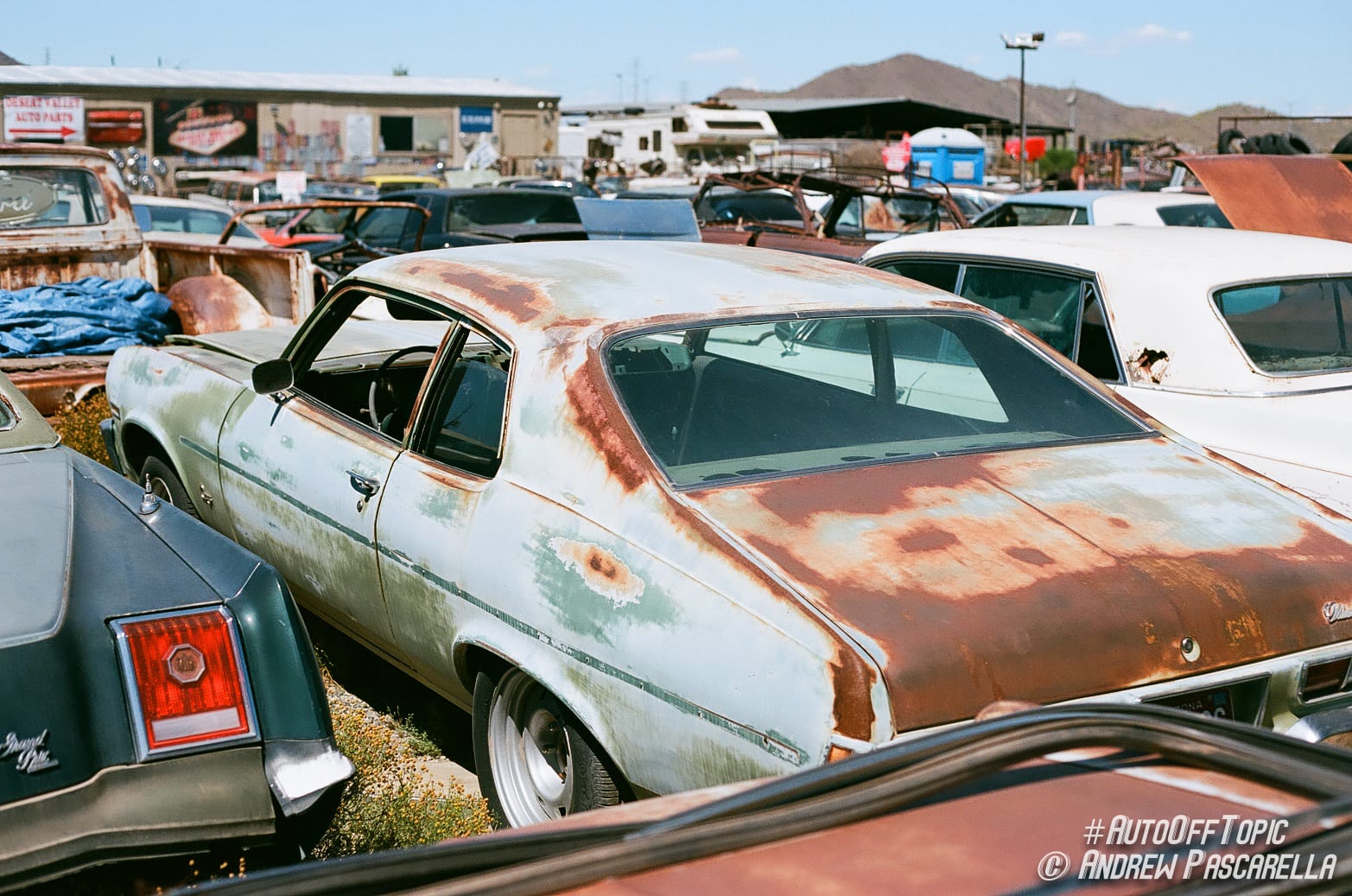 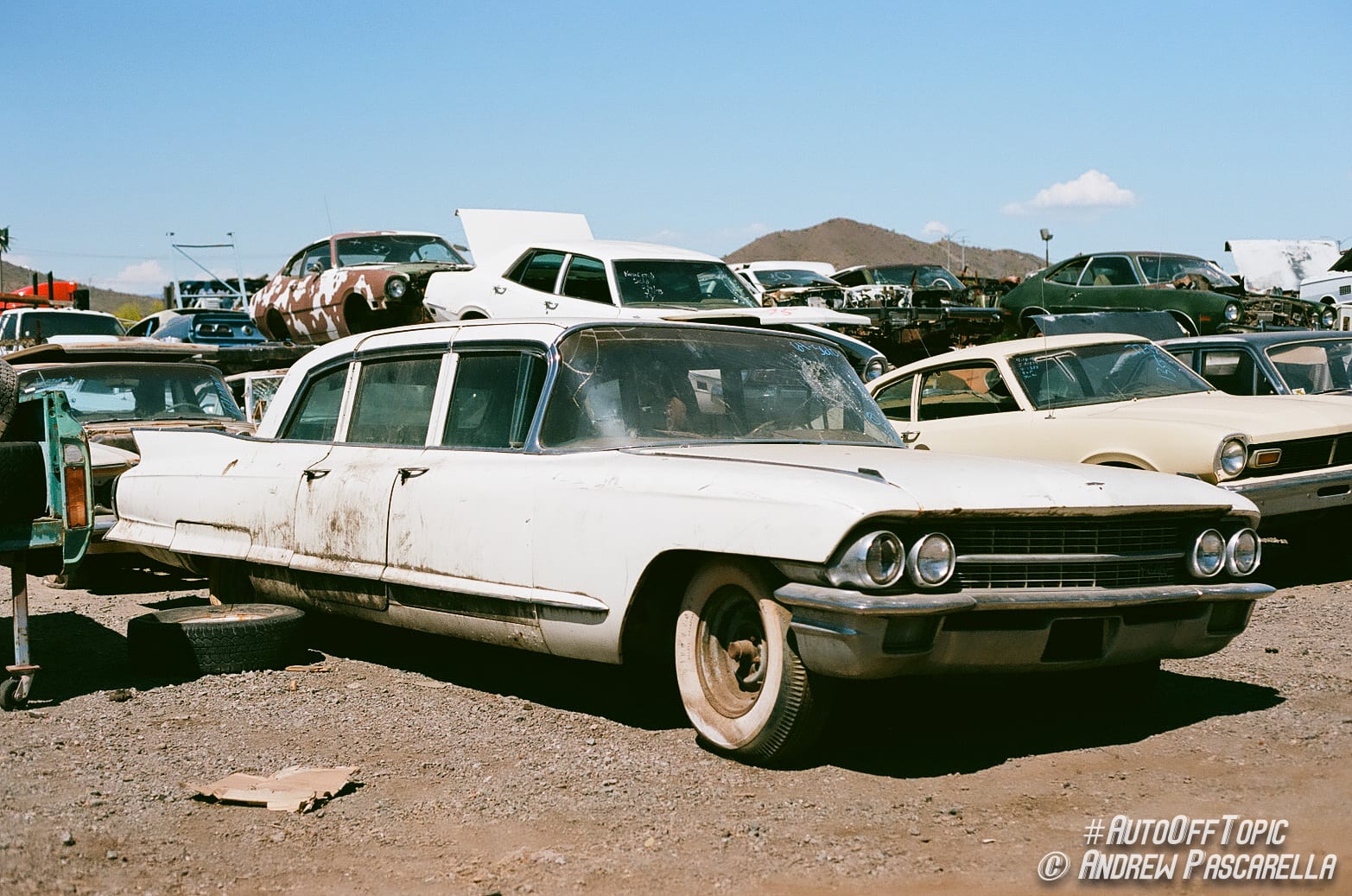 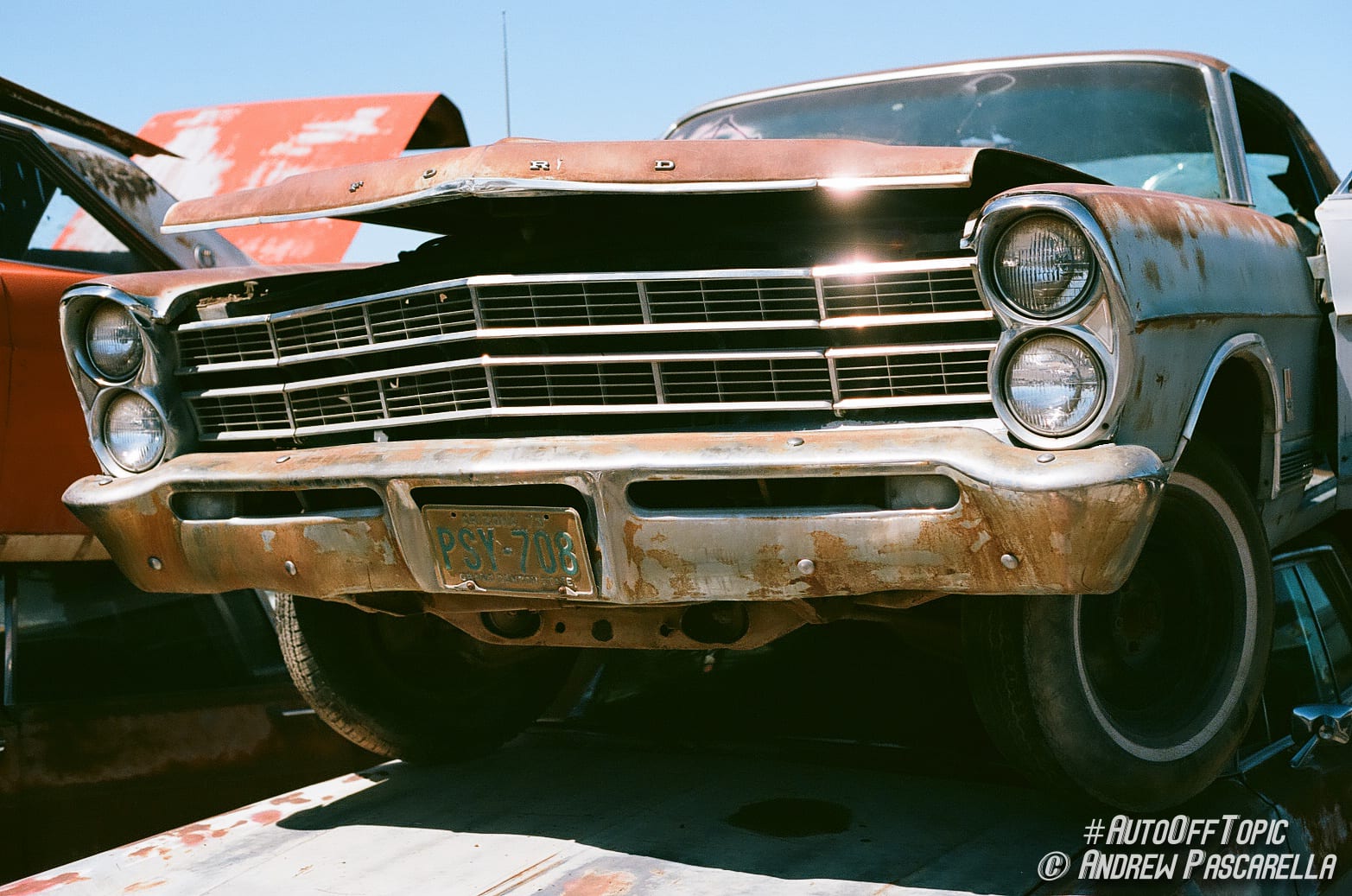 About the Author: Andrew Pascarella