Craigslist: 2012 AEV Brute pickup is going to be a hard sale

AEV, American Expedition Vehicles, is well known for its complete Jeep modifications and parts. They take a no-nonsense approach to modifying and improving not only Jeeps but other 4x4s as well. They are so good that over the years a few vehicle makers worked directly with them to improve their factory offerings. One of the special vehicles that AEV made over the years was the Wrangler-based Brute pickup truck.

The Brute pickup started with the lengthening of the JK Wrangler’s frame. Then they chopped the body after the rear doors and added a bed. If you look at it and see a Gladiator, it’s not a coincidence. Rumor is that Jeep loved the Brute so much, it decided to develop the Gladiator from that idea. This obviously created some tension between Jeep and AEV but sources tell me that the relationship has since been rekindled.

Rumors of the “Jeep pickup” have existed for many years. When AEV showed their brute pickup, many who had the means and desire, jumped on it. Even with the price going well into six-figures, the demand was so high the AEV couldn’t keep with it. One such person was a Jeep enthusiast and a gas station owner in the suburbs of Boston. Sometime in 2018 or 2019, he imported an Indonesian-market, right-hand-drive Brute. He did that because he couldn’t find one that he liked In the United States.

I was so amazed by it I even took pictures of it and tweeted them.

When I asked him if he knew that the Jeep Gladiator was coming, he said something along the lines of “it’s been coming forever. I don’t believe that it will ever get here”.

On November 28, 2018, only nine days after I took and tweeted the above pictures, Jeep officially introduced the Jeep Gladiator midsize pickup. The starting price of the Gladiator was probably about a third of what new Brutes were selling for. Oops.

Today in our Craigslist search we came upon one such AEV Brute. This 2012 model has only 37,000 miles on it and is well equipped. It’s AEV’s fantastic 4.5-inch lift and it rides on 37-inch tires that are wrapped around AEV’s handsome Pintler wheels. 4.56 gears help move those big tires. When going can no longer happen, a Warn winch is mounted to the AEV Premium front bumper. 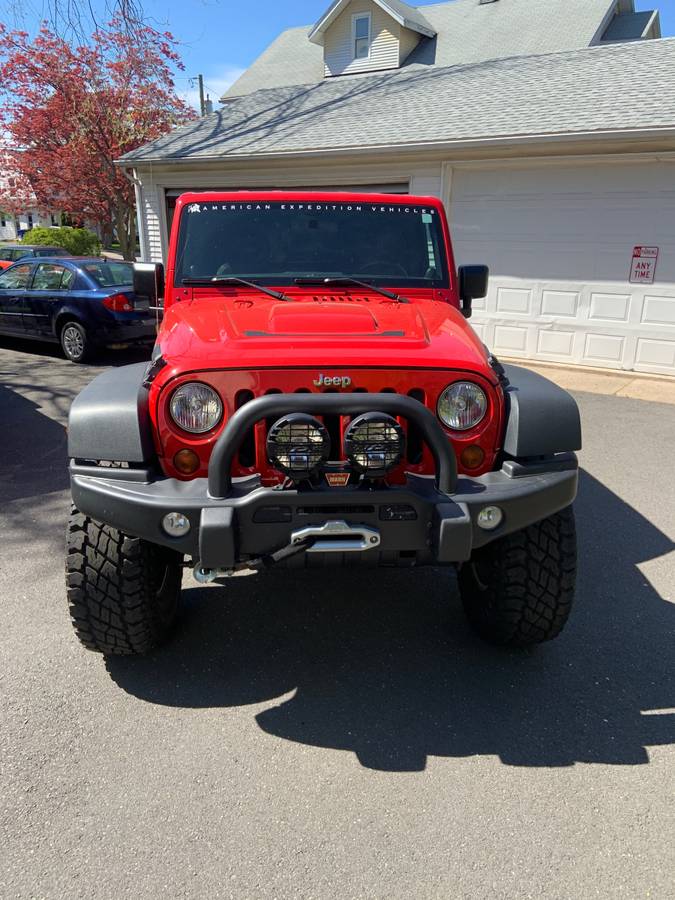 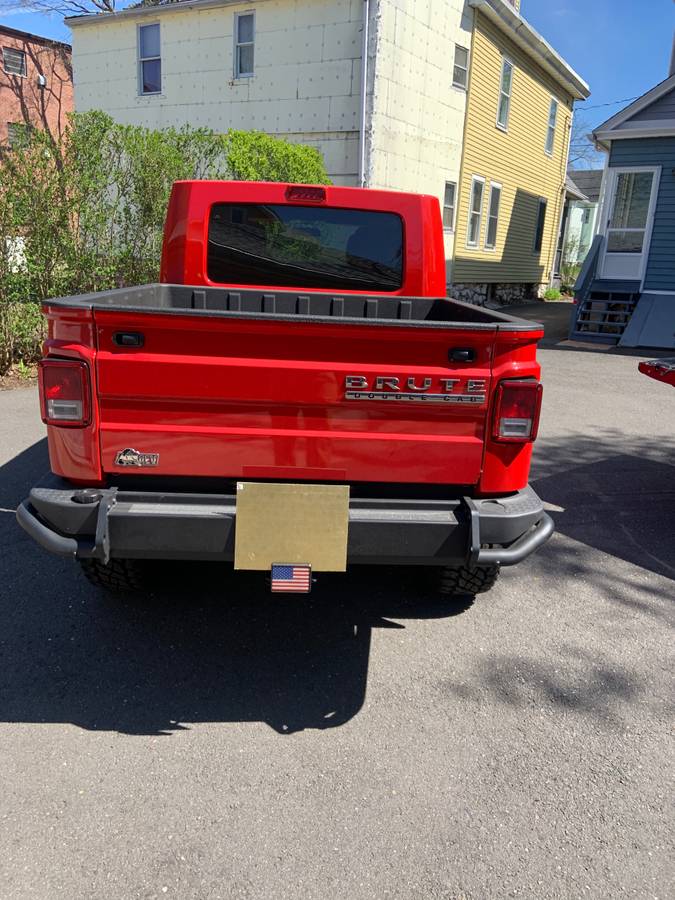 Notably absent is a Hemi V8 swap, which was common on AEV-made Jeeps. The problem here is that this vehicle is now eight years old. It is JK-based, whereas the Gladiator (JT) is JL-based and benefits from its many improvements. The seller is asking $69,000 (nice!) for what was once a rare $100,000+ vehicle. This is where we see some problems, as a fully loaded 2021 Gladiator, one with the superb diesel engine, can be had for less than that, leaving some money to add some of AEV’s parts to that.

We hope that this AEV Brute kinds a god home but we do have a feeling that this 2012 AEV Brute pickup is going be a hard sale. Hopefully, there is a right buyer that wants a unique Jeep pickup. 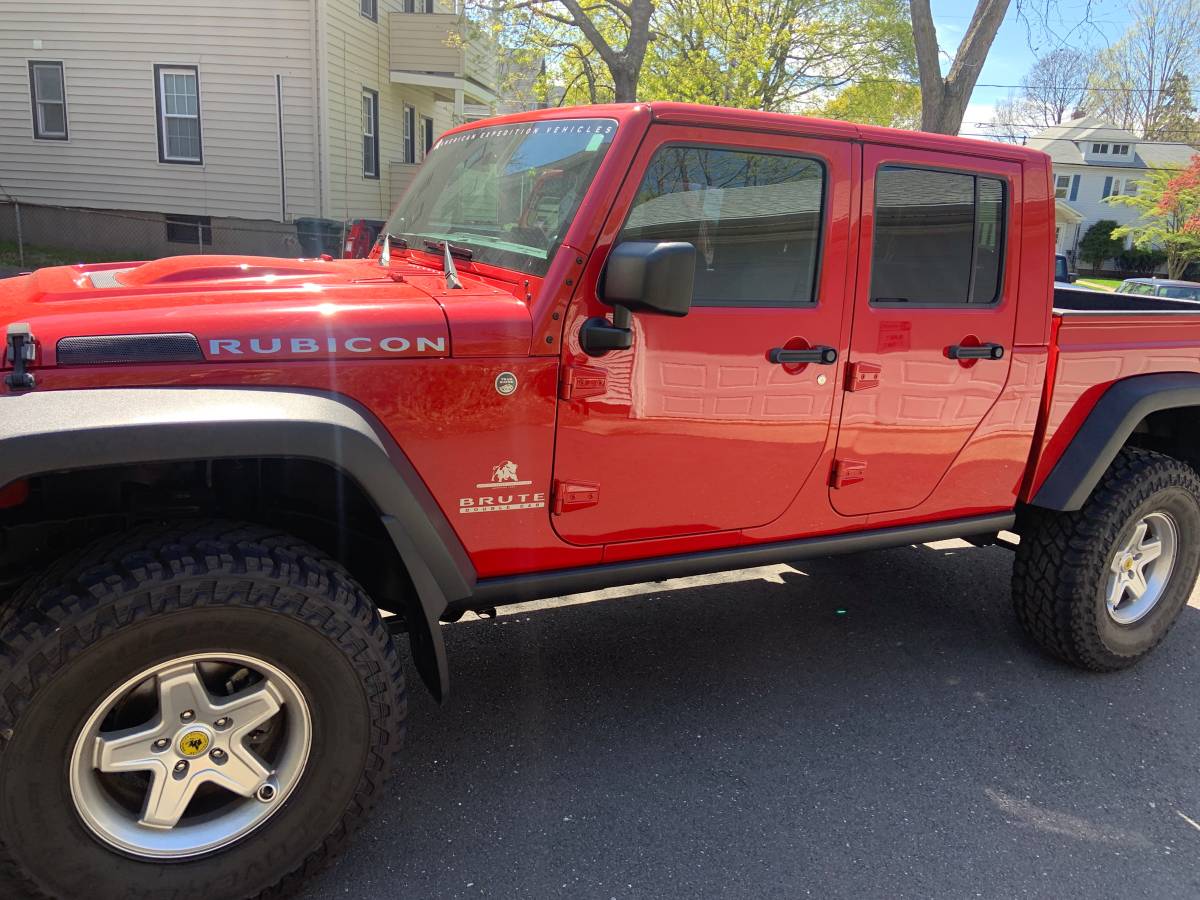