It’s fun to tow something behind a proper truck. Especially when you have a destination set in your nav, cold drinks in the fridge, and a weekend set aside for nothing but hanging out. It’s even better if you don’t need to tow your home away from home. With the right setup, you can just hop in the driver’s seat and go. Your campground is already sitting in the bed of the truck. That’s the setup I recently tested with a vehicle called the Altimeter.

This rig was built by Lance Camper. Starting with a Ford F-350, Lance then plopped its 855S in-bed camper into the back of the truck. Since this is a show truck, the upgrades continued from there. Icon Vehicle Dynamics, Hellwig Suspension, Battle Born Batteries, and a whole bunch more folks lent a helping hand here. The end result is a bad-ass rig that can go anywhere… assuming the trail is large enough to accommodate an F-350. And my destination in the interior of Southern California was such a place.

This trip marks the second time we’ve gone camping with my daughter’s day care group. Last year, I took an Airstream Basecamp and a Ford F-150 diesel to the same spot. That was a great setup, but the Altimeter is even easier to work with. Hellwig did a great job supplying the air suspension and other bits that help keep side-to-side sway down as much as possible. While the 855S only weighs 2,997 pounds (dry weight), it still shifts the center of gravity a bit. Regardless, I never once felt uncomfortable behind the wheel. 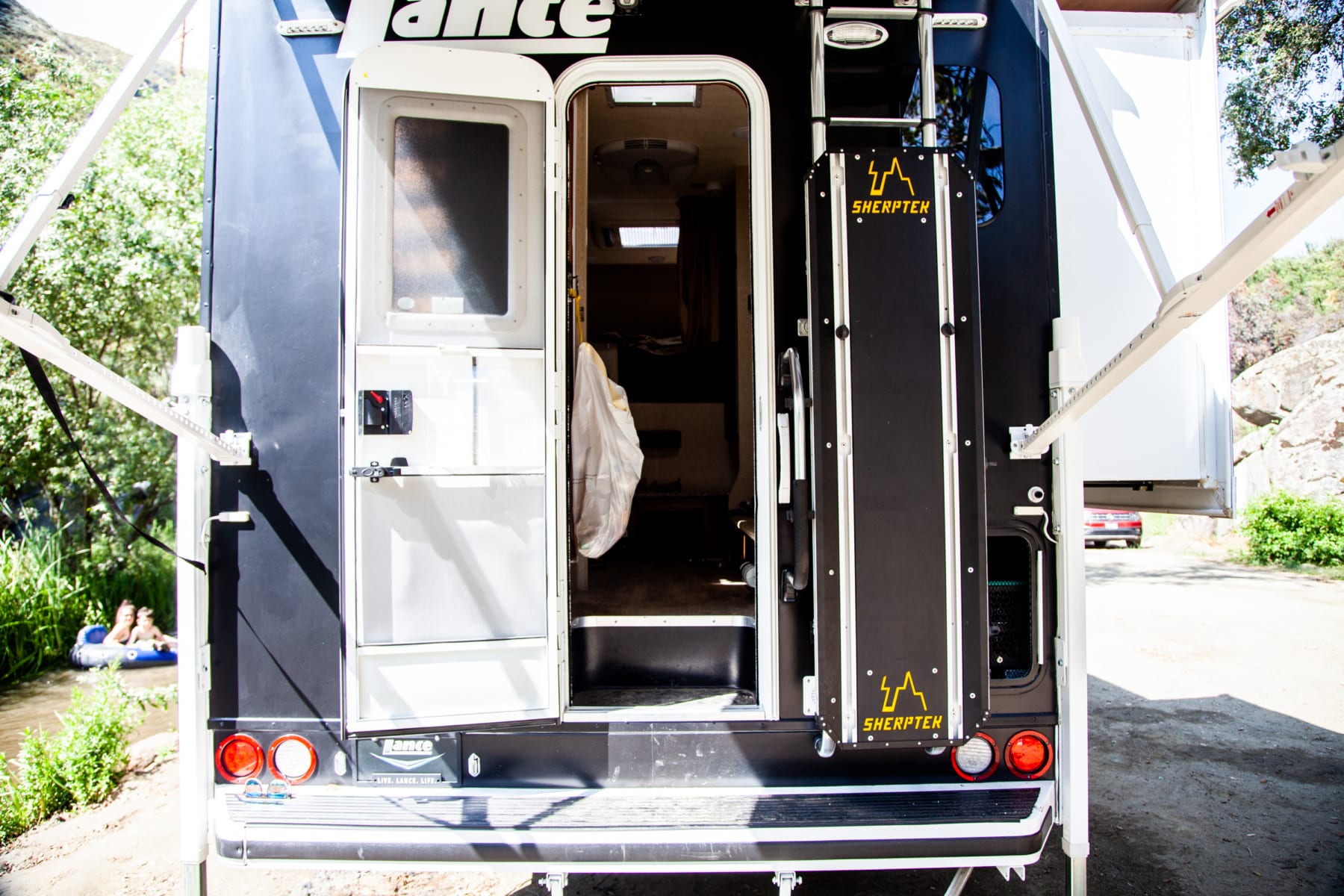 With the Altimeter, you find your spot, park, lower the powered leveling legs, and… that’s it. Well, the next step is to stash the keys to the mighty Ford and crack a tasty beverage. Inside the camper, there’s a full-size bathroom with a shower, plenty of cooking space, a dining area, and then a sizable sleeping space forward of that. My wife and I felt completely comfortable in the bed, even with our tossing and turning daughter between us. 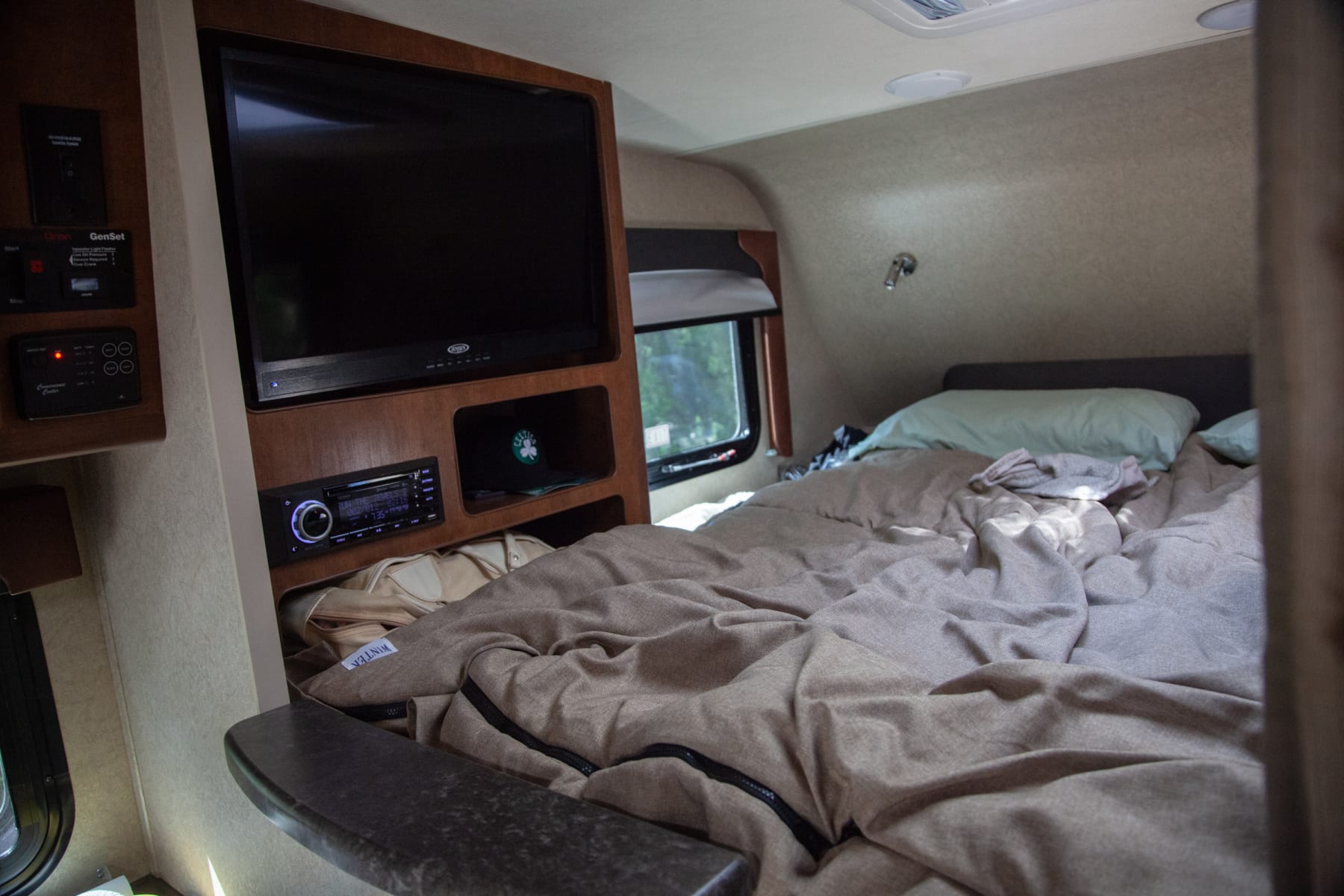 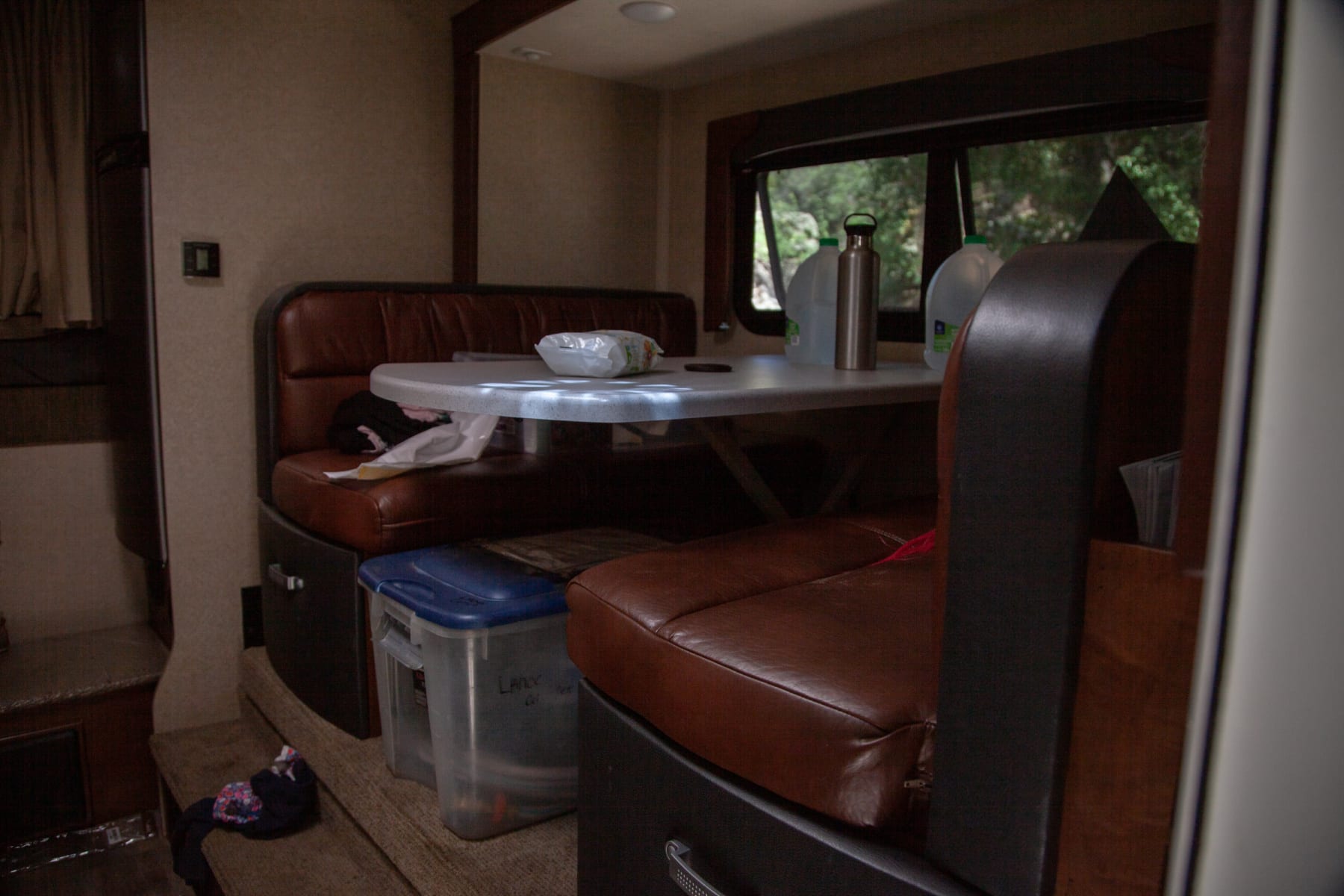 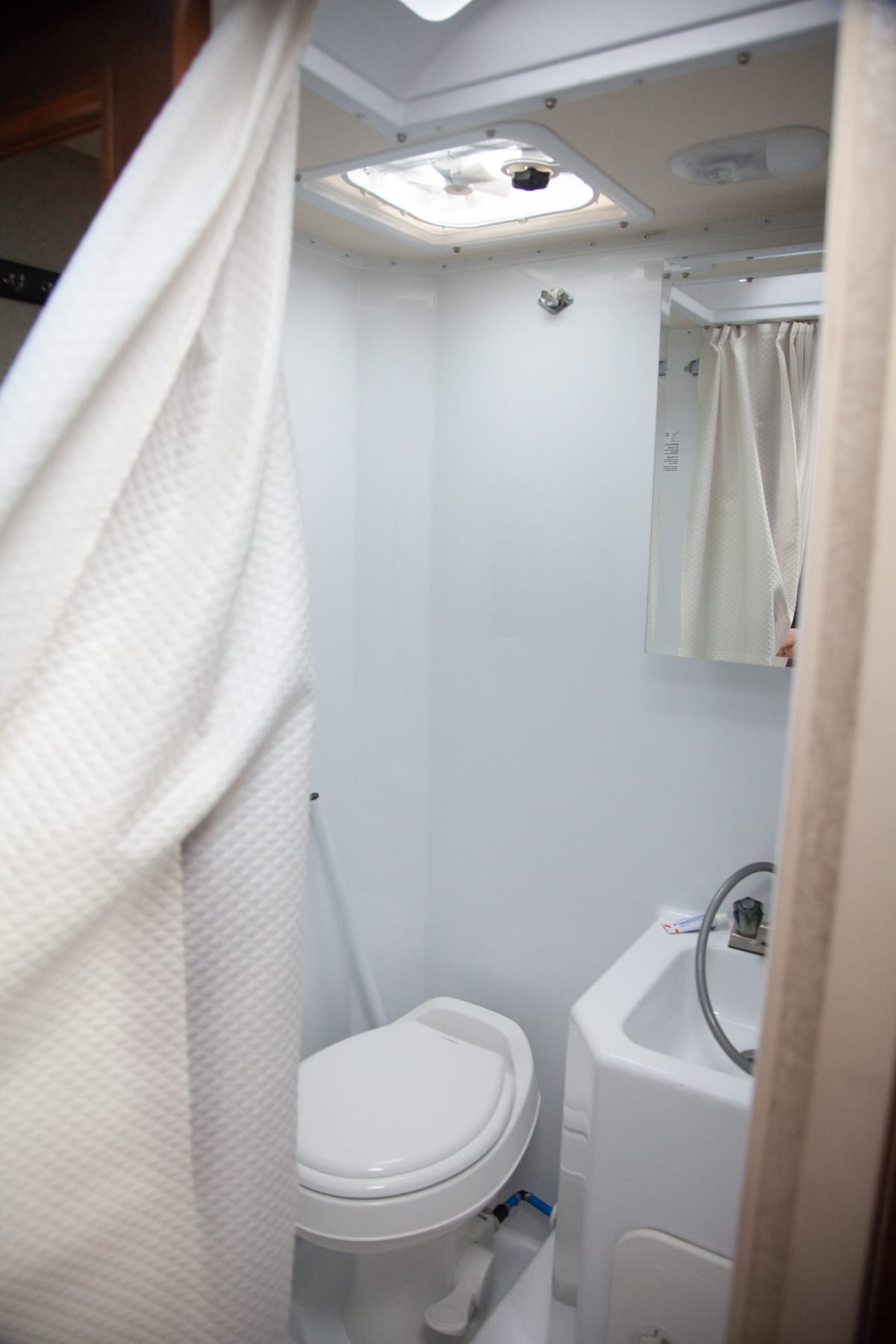 Lance wants its Altimeter to serve as a proof of concept that the camper is truly a four-seasons rig. There’s a heating system onboard that I did not need to test, and there’s also a strong air-conditioning system. And unlike the Airstream that I tested a few years prior (full-size Classic), I didn’t blow out any windows simply trying to open them.

This setup is clearly meant to appeal to the overlanding crowd. It’s splashy graphics, colored wheels, and unnecessary roofbox add to a Do It for the ‘Gram vibe. But the styling works for me at the same time. I’d ditch the graphics but keep a black, white, and copper theme. It does look cool. I also like the fact that I can adjust the exterior lighting. There’s a setting for bright whites but also a more subdued amber hue if you desire. 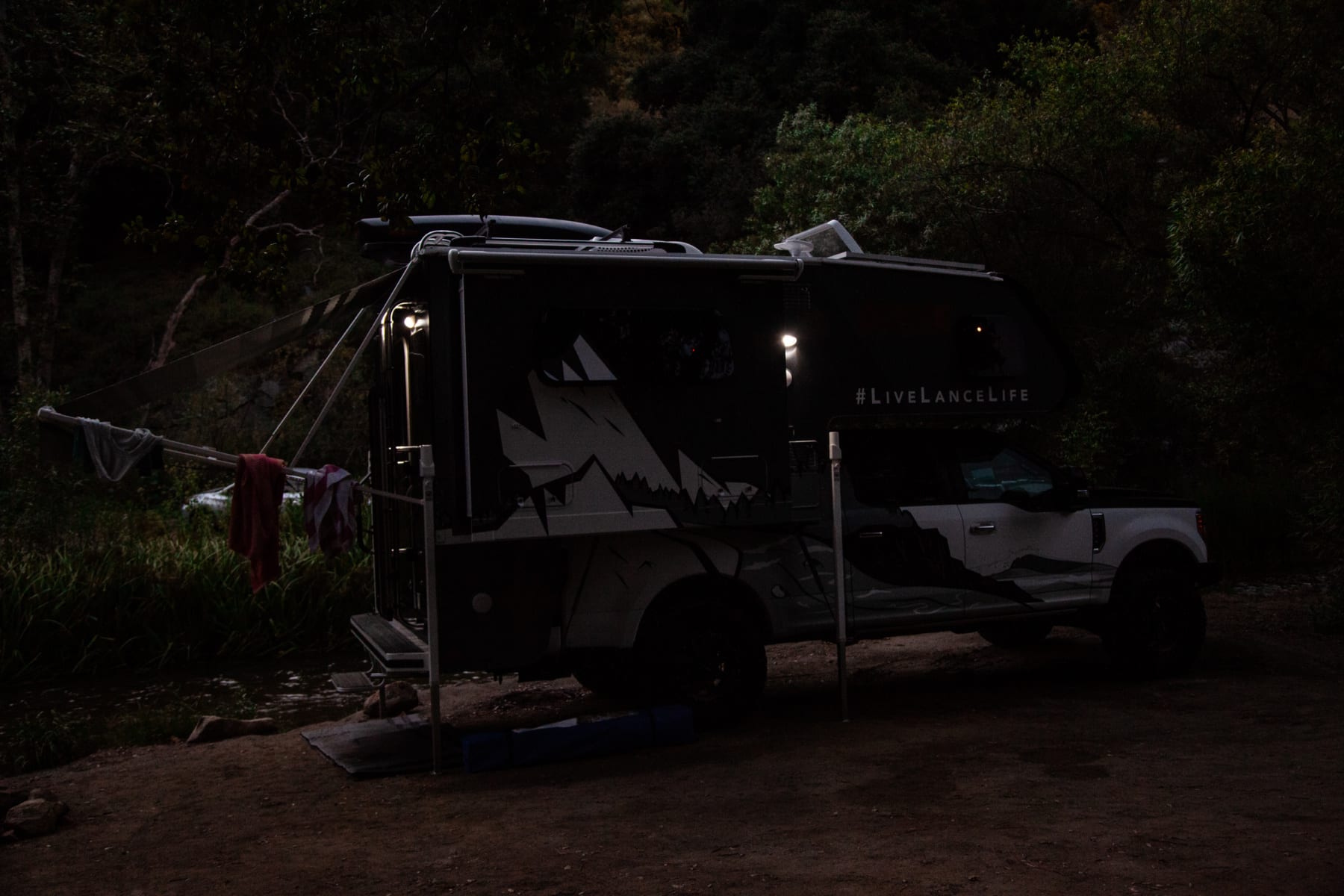 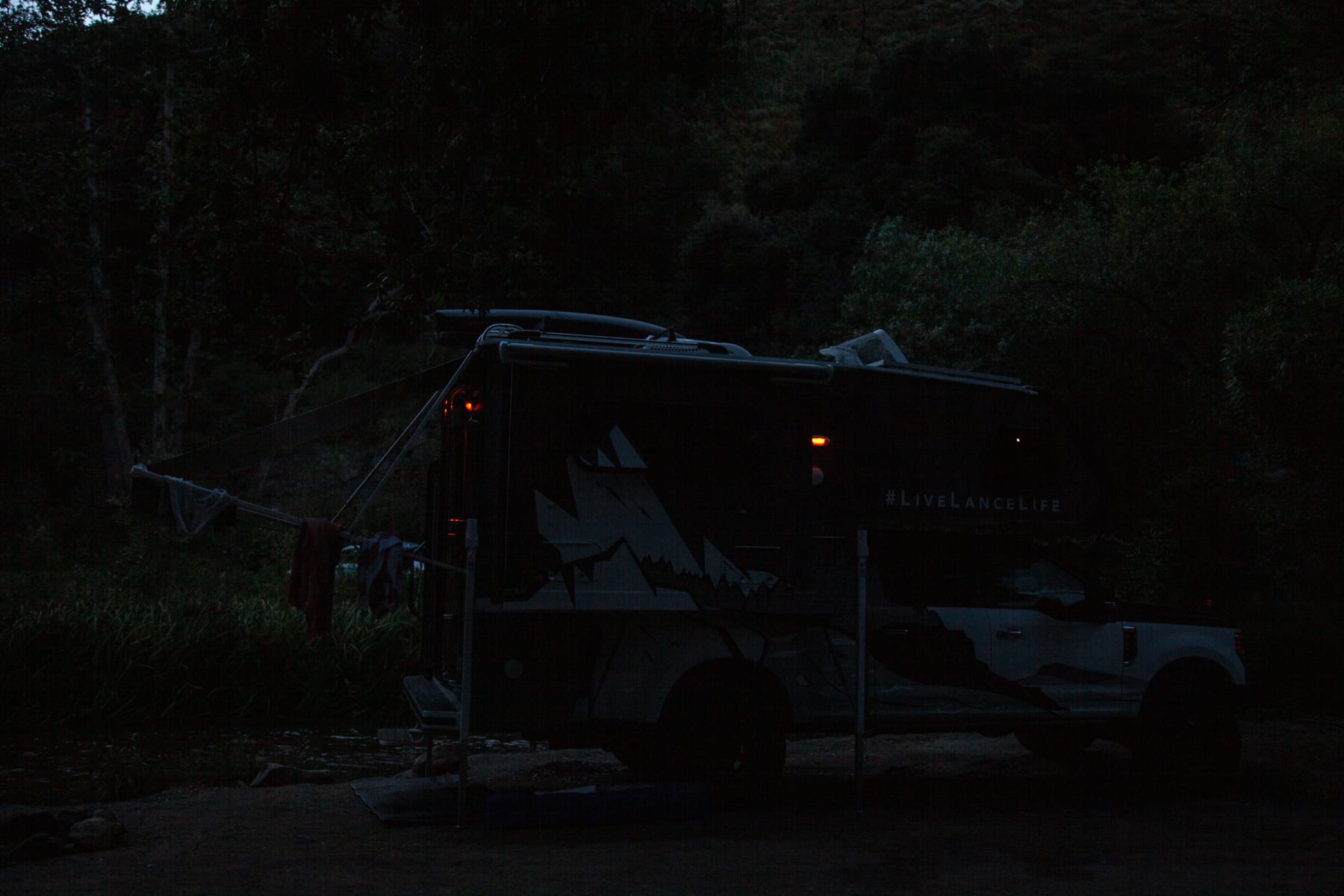 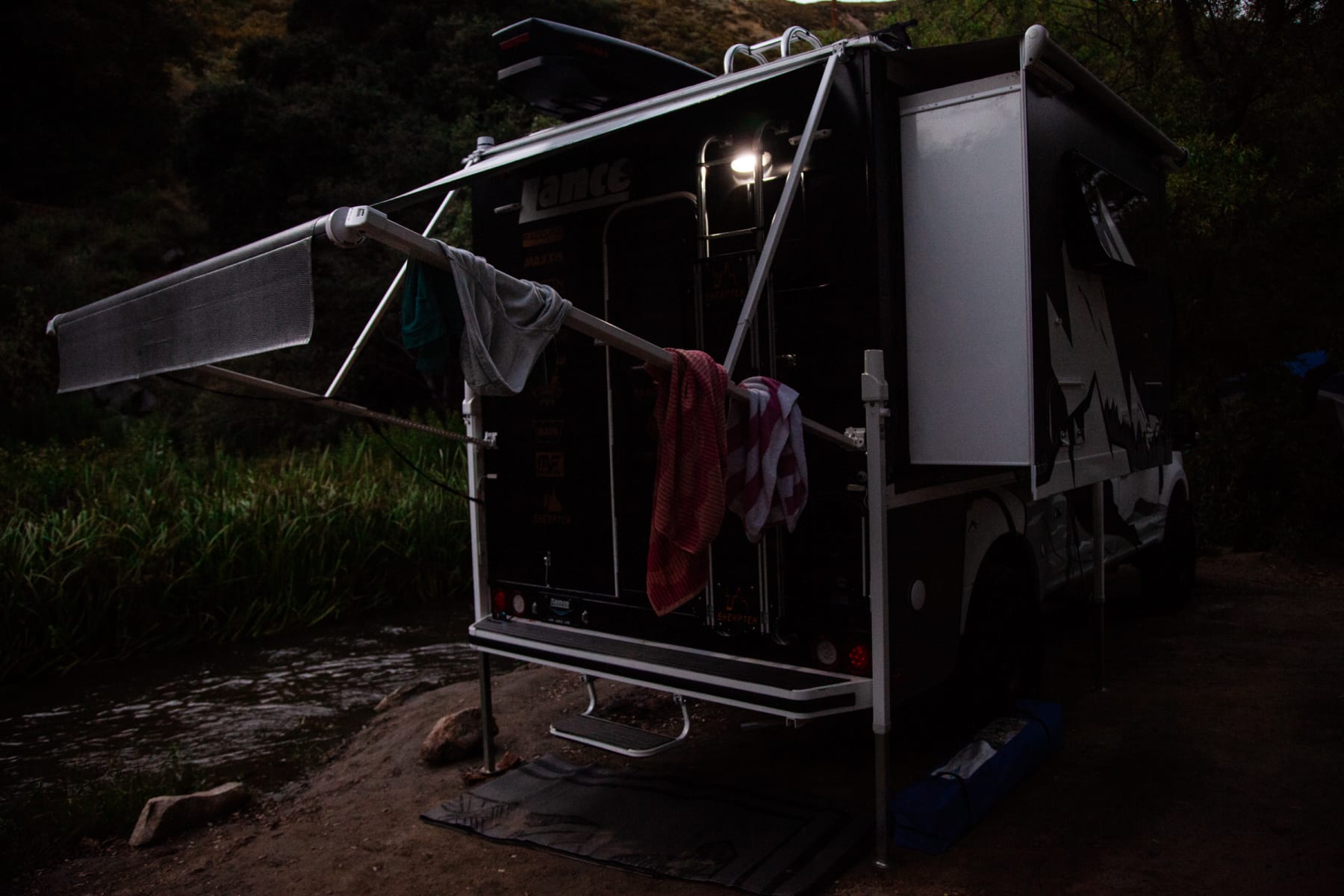 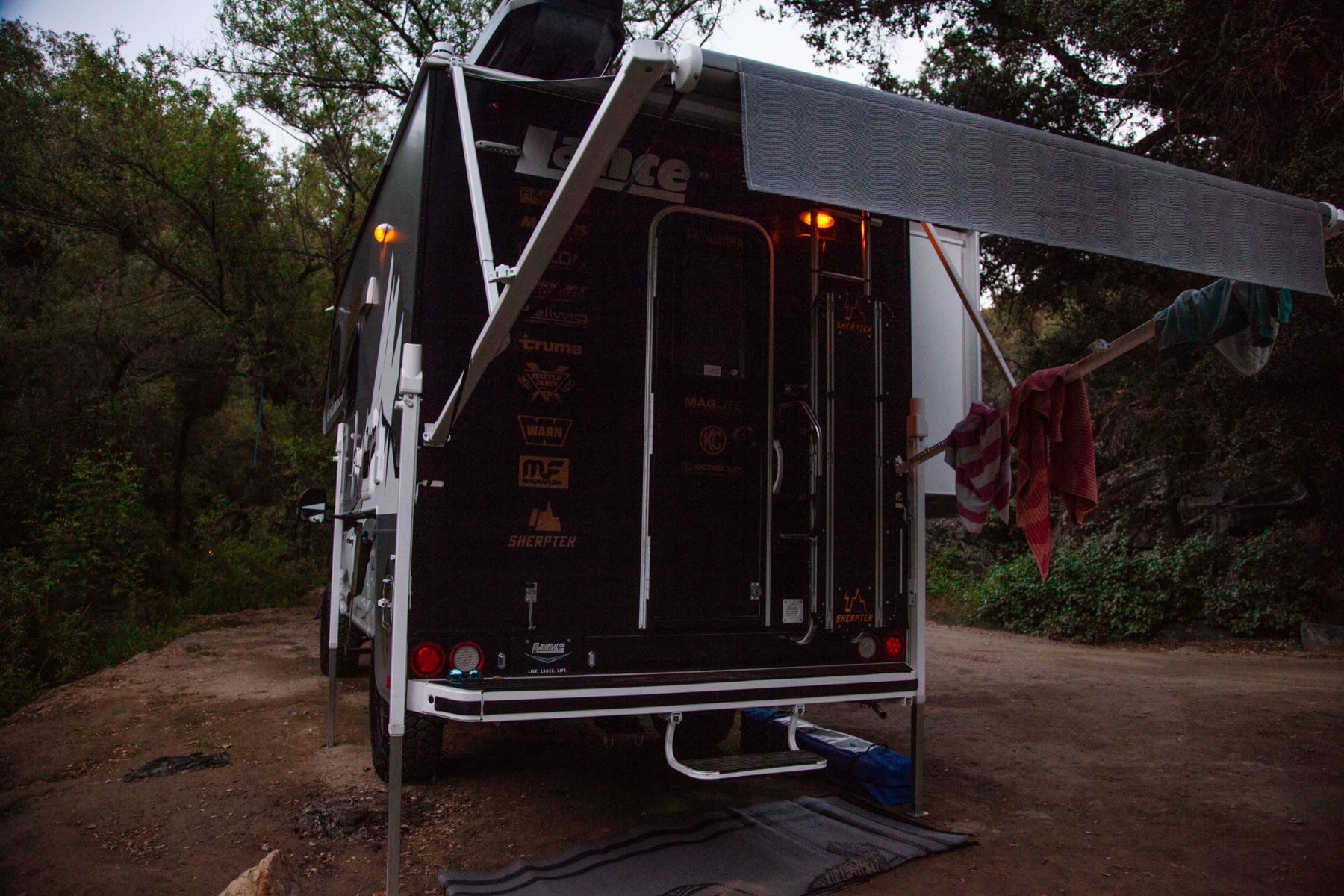 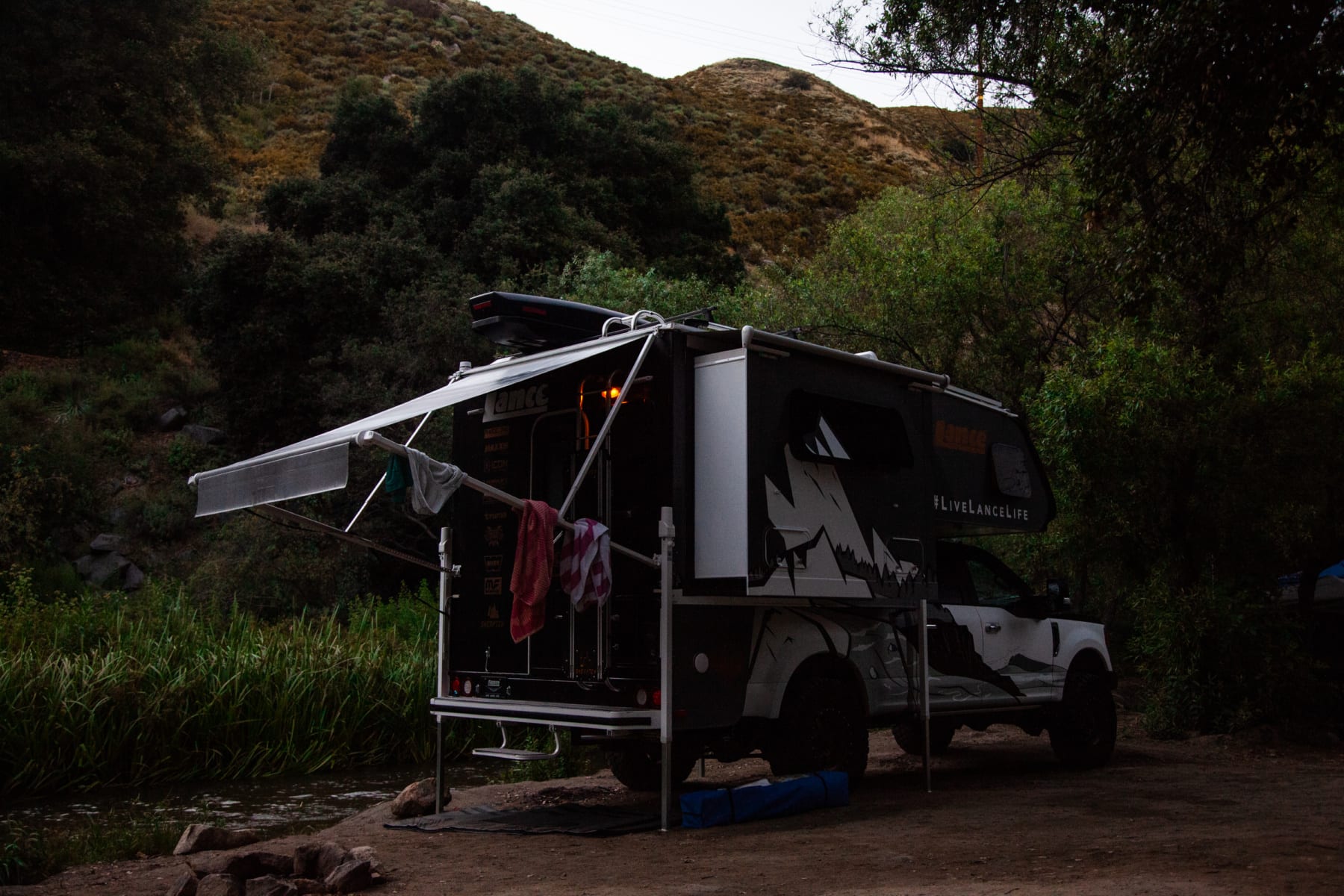 Having an in-bed camper equipped with a slide-out section is another bonus. Room inside is great for a family of three. With one more kid, or larger children, I’d be curious to see if I feel the same way. Though you could turn the dining area into another sleeping space, which would probably keep everyone smiling.

The camping trip was a success once again. Clean up was simple. Prepping to head home even more so. And the on-road manners were completely sorted. It wouldn’t be inexpensive to duplicate this exact build, of course. The camper itself retails for $39,875. A 2019 Ford F-350 Platinum is… a lot. And all of the aftermarket parts will bring the price tag that much higher. But I’d absolutely want the Hellwig components on there. On the highway, and around town, I was comfortable the whole way.

The Lance Altimeter is a fun machine that wants to be taken on many an adventure. I only took it on one simple trip, but it was a trip that meant plenty of family time, no cell phone signal, and a vehicle that could keep us happy and comfortable. When I returned the truck, I was still daydreaming of other places to take it. Especially since Lance commissioned a matching side-by-side to go with the truck.

Perhaps a trip to the desert is in order?