There are a lot of features on a car that can get an enthusiast going. A clean set of rims, a deep metallic paint job, or fresh leather to name a few. But the clamshell hood I would argue is one of the best. There’s just something about seeing the whole engine tidy and exposed that is easily comparable to fine renaissance art. Some cars do it better than others but here are some of the first ones that come to mind for me. 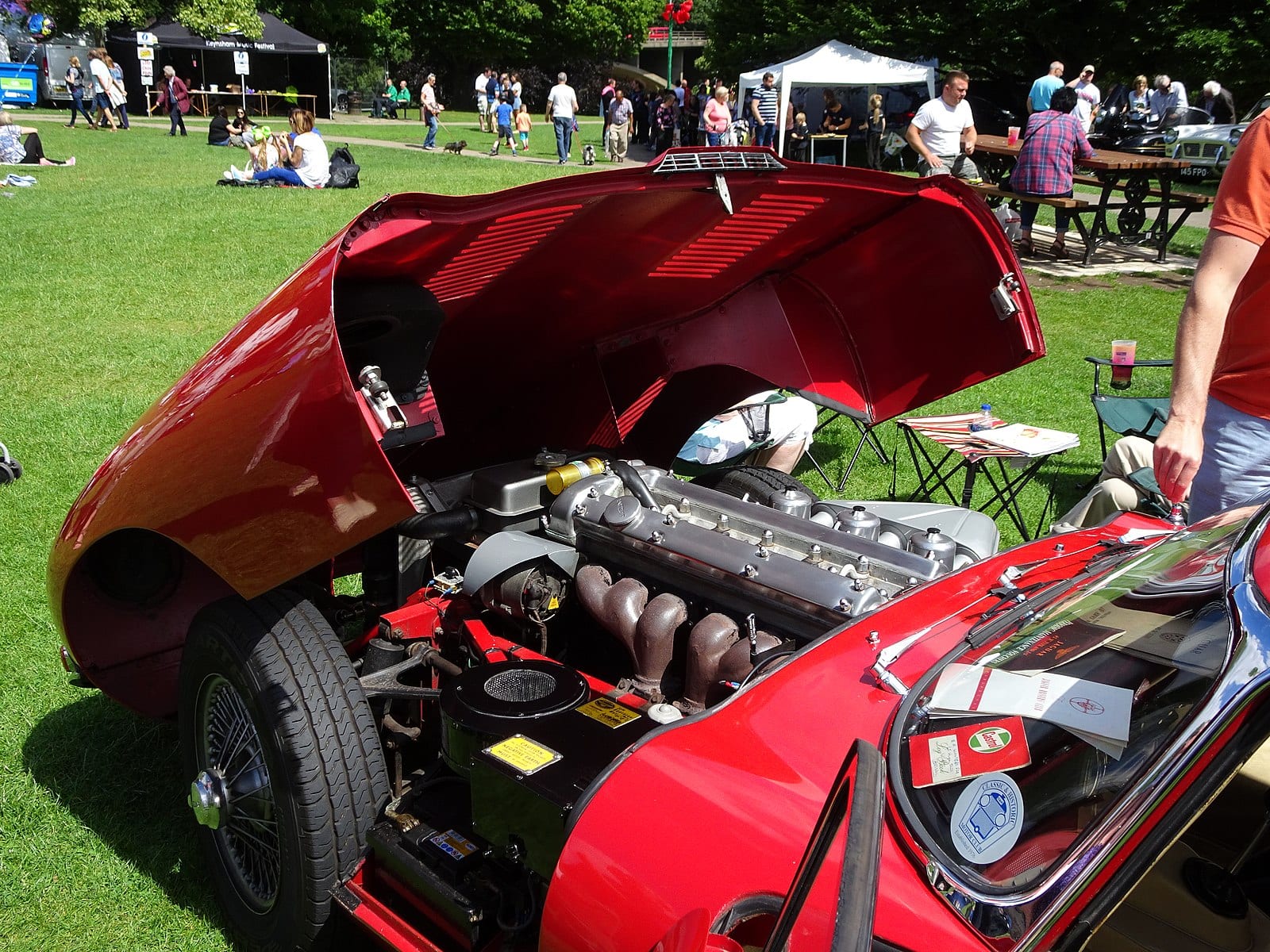 Starting off with a classic we have the Jaguar E-Type. One of the best of the best, the long V12 must be viewed through the clamshell. The craftsmanship is so rustic and so thought out. The way that it wraps all the way around and it’s sheer size makes it truly unique. There are no secrets about it, no hidden pipes or hoses, it’s all out there. As if this wasn’t already one of the most beautiful cars of all time, it has a perfect window into one of its signature features.

One of the few newer examples of the design is the DB11. What’s interesting about it though is that the hood wraps around the headlights. This makes it so they stay in place when you go to pop up. To be honest it looks a little funny to me since you’re left with these big holes in the hood. Regardless, the massive engine bay is still ravishing and compliments the whole car very well. Plus, all that really matters is that the fenders soar up too when you crack it open to showcasing the modern v12 (or v8). 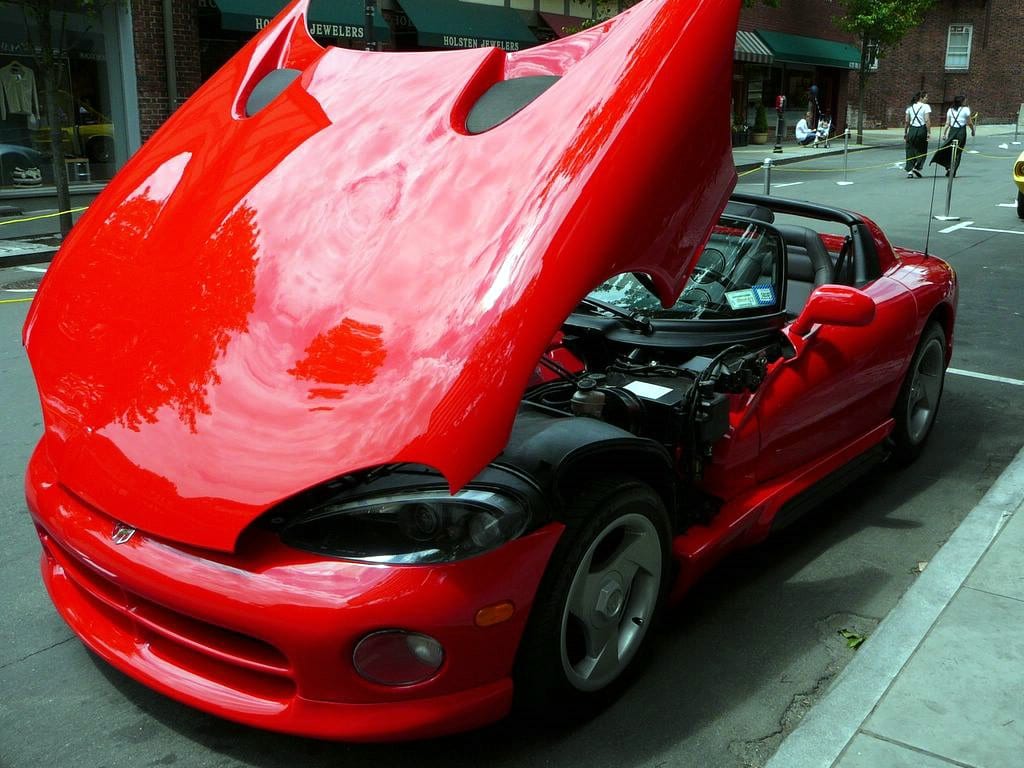 The Viper is an iconic muscle car in its own way. It’s never even fathomed the thought of an automatic transmission and it has a knack for being extremely loud. But, the clamshell hood has also been a longstanding way of showing off its signature V10. Now don’t get me wrong, every generation of the Viper is badass but there’s something about the fifth-gen that makes the clamshell fit a little better. It could be the deeper vents that make it more aggressive, or maybe the fact that the headlights flow up with the hood. Either way, it sure does look pretty sitting in that massive engine bay begging to be fired up. 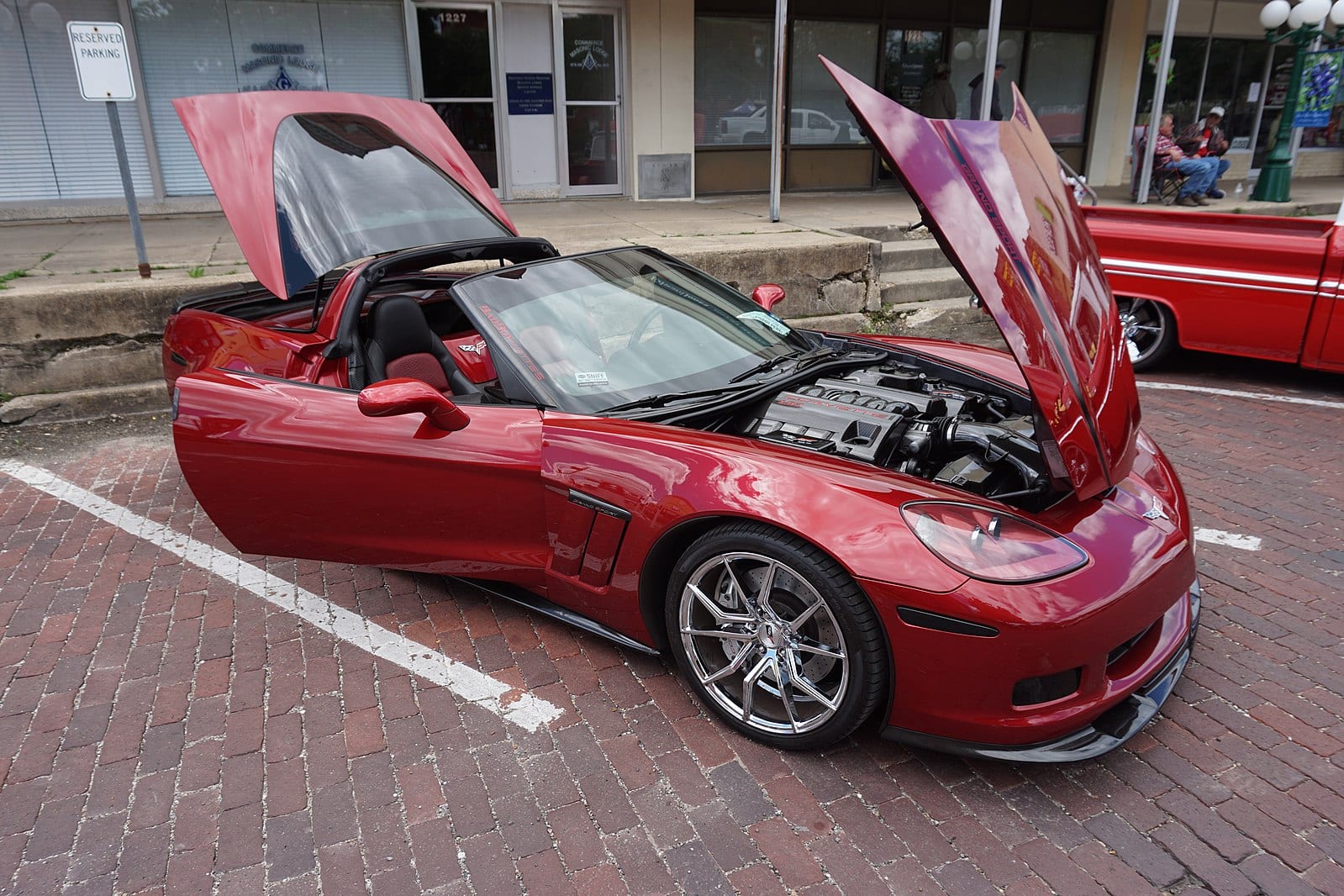 Ah, the Vette, an iconic pony car with decades of history. While it isn’t necessarily known for the clamshell design, it certainly pulls it off. The 2010 Grand Sport pictured is a great example of it but the C3 and C4 generations might arguably be a little better. They show off everything giving it that Hot Wheels nostalgia that everyone loves and adores. Engine-wise, the LS is almost, if not more, iconic than the car itself and the way the hood opens allows more natural light to show it off.

Sure the clamshell blocks the engine when you’re walking around the parking lot car meet, but once your up close and personal it’s a sight to behold. It’s unique and only a few cars have them. It’s a lost art that was more common before but will hopefully make more comeback in the future. Although, it’s exclusivity does make the wearer more special so maybe it’ll be good to keep it as a rare feature.