I used to own a TJ Wrangler with the 2.5-liter AMC four cylinder engine. It was a rather crappy engine, with all of 120hp on tap. On a good day, going downhill with tail wind, my soft-toped, 5-speed (3-speed automatic was optional!) Jeep could almost hit a speedo-indicated 75mph. The 4.0-liter in-line six was the engine to have.

Arguments can be made that the old four wasn’t all bad. With the right gearing and tire size combination, it offered good enough torque for modest off-roading. It just wasn’t any good on the highway, or anywhere else really. It was simply a way of making the Wrangler more affordable.

For 2019 the Wrangler is once again available with a four-banger. I recently had a chance to spend some time in four-door Rubicon equipped with it. My expectations were low because of my TJ ownership experiences and my general dislike of engine downsizing. I drove too many vehicles in which turbo-fours replaced six-cylinder engines and those were neither faster, more efficient, nor more fun to drive. And they all sounded like crap.

This new 2.0-liter turbocharged engine makes 270hp at 5,250 rpm and a healthy 295 lb.-ft. at 3,000 rpm. Its secret is that it has FCA’s eTorque technology. eTorque is basically a mild hybrid system. Yea, it’s a Jeep hybrid, which is something I didn’t expect to happen so soon.

The idea is this: at a stop light, the engine shut off, like in many other vehicles with start/stop systems. As the driver’s foot comes off the brake pedal, the engine starts up and propels the vehicle forward. The magic of the eTorque system is that it allows the vehicle to move before the internal combustion engine is even running, just briefly. The system then provides additional power to the engine. 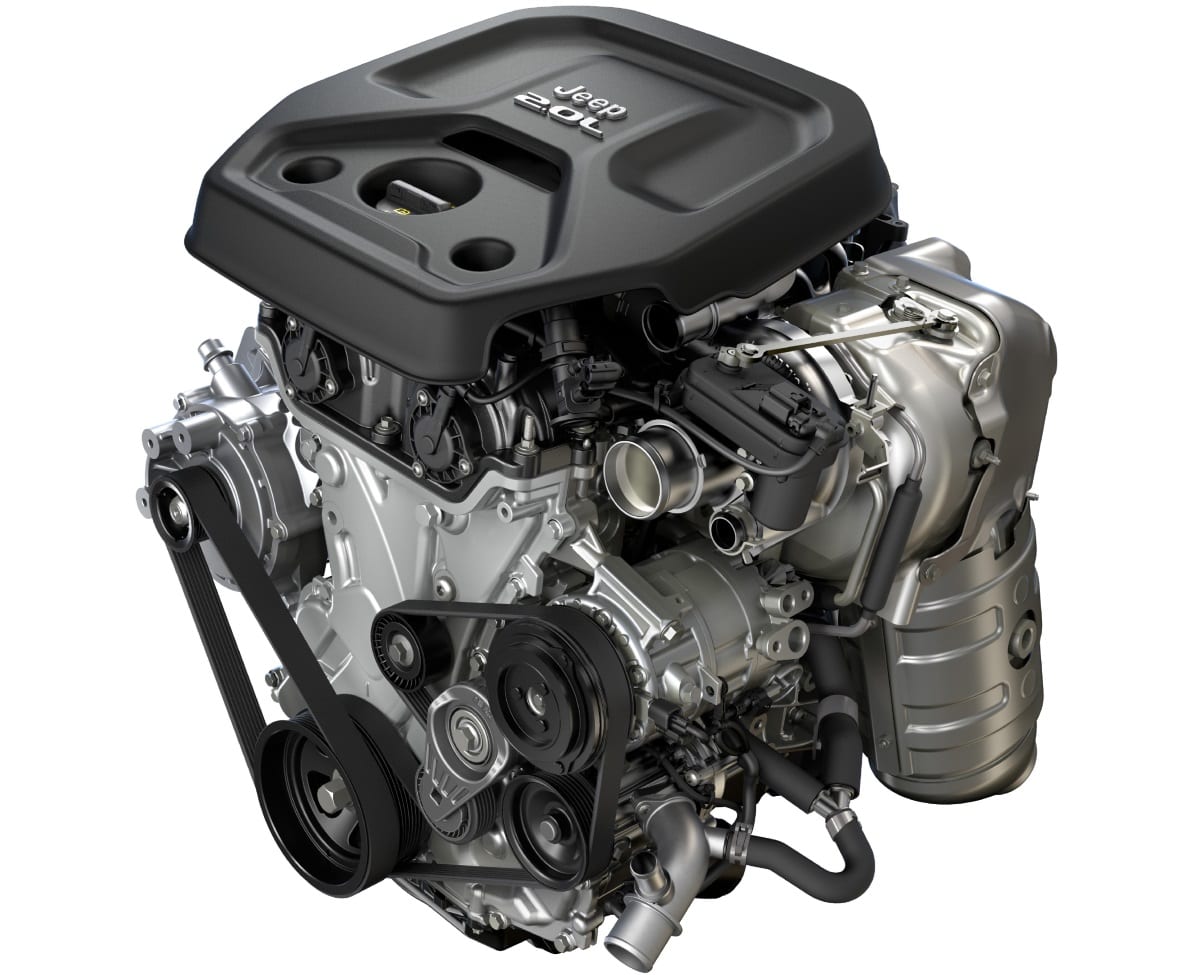 Shockingly, it does. This was one of the few engines where the auto start/stop didn’t bother me. It’s usually the first thing I disable but here, I didn’t feel like I needed to. This hybrid operation wasn’t transparent audibly but functionally it worked great. Quickly dump the brake pedal and apply the gas and the Jeep goes, it don’t care if its engine is running or not. The Jeep Cherokee has the same engine available in it but without the eTorque and it feels like… it has no torque.

It gets better. Despite being 15-horsepower short on the V6, this turbo four pulls hard on the highway. Highway passing is the best I have ever felt in a Wrangler. The eight-speed automatic transmission, the only choice for this engine, is a big contributor to it – always in the right gear, always shifting at the right time.

But not all that whistles is great. Like many of the down-sized engine, this engine does not make great noises. The turbo while is barely audible. The engine noise itself is not music to anyone’s ears. And then there is the fan noise, which I thought was an airline coming down for landing when I was driving with the top down – high-pitched and loud. 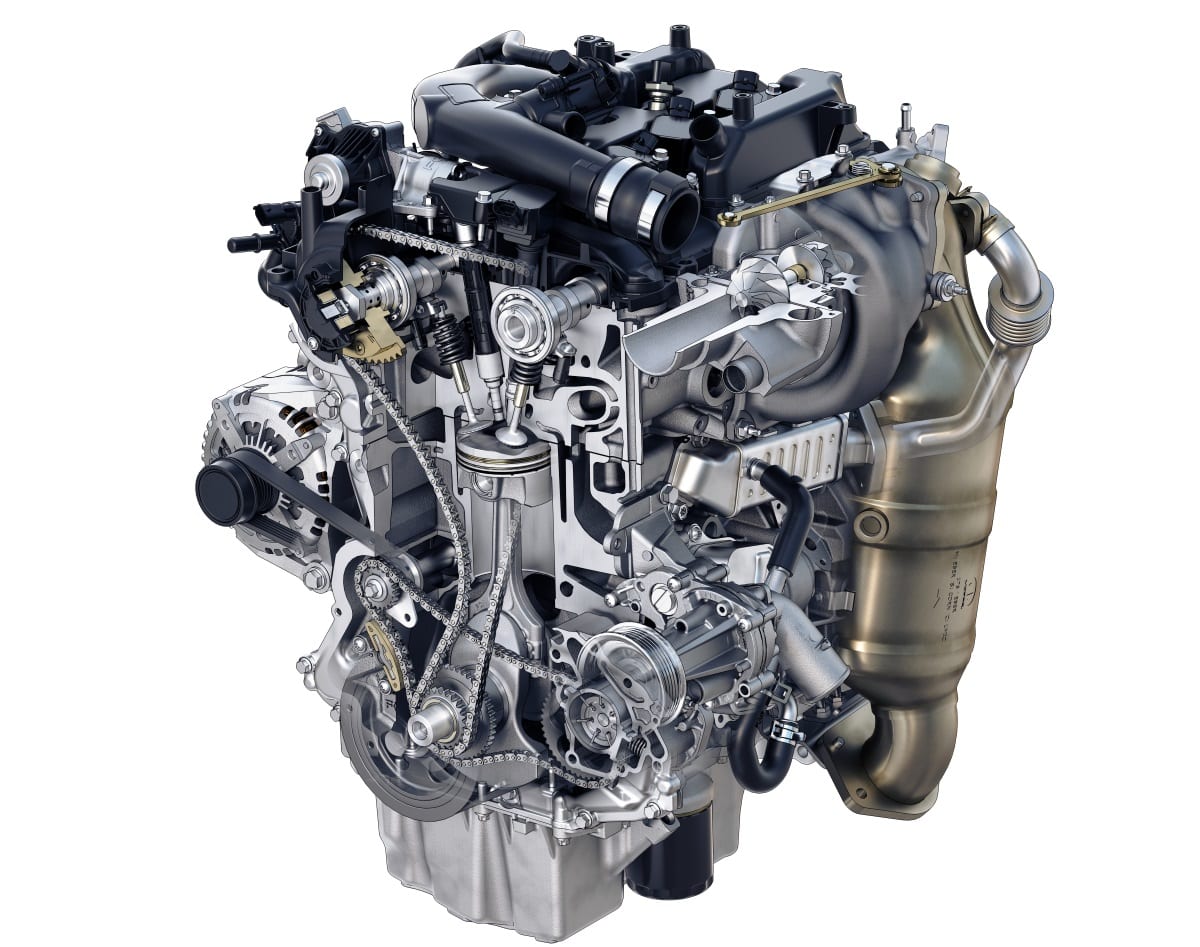 For 2019 this four-cylinder engine is optional on all Wrangler models (but not the Gladiator) for $1000. It does require the optional $2000 automatic transmission, for a total increase of $3000 over the V6 with a six-speed manual transmission. Is it worth it? While it’s an interesting option, it’s new technology, but ultimately I don’t think it’s worth the extra money.