As far back as 1920 Californians have been modifying cars to perform better and go faster. Starting out on the dry lake beds and working their way to creating drag strips across the state. While the cars may have changed the end goal remains the same, be it building a drift car, drag racer or a time attack monster.

Most car people tend to think back to a different era of car culture when they think about hot rods. The years between the 50s and the early 70s have long been referenced as the best era for hot rodding and muscle cars, especially in California. It was a very different time for car culture, where all that mattered was your quarter-mile time, an era when even the Big Three got involved for a brief but glorious moment to show off what they could do on the drag strip. Speed shops sprang up all over like corner stores for the power-hungry car enthusiast.

But by 1972 the tide would start receding and by 1974 it would leave a trail of bloated, anemic muscle cars in its wake. Wallowing about like overweight, domesticated cats. The gas crisis and new smog regulations punched through and struck at the very core of the car culture. Things changed quickly. The high horsepower cars with world moving torque were gone. The once kings of the street, the factory hot rods, the muscle cars.

They were suddenly strangled by restrictive cylinder heads, small camshafts, low compression, and the often misunderstood catalytic converter. And back in the 70s when catalytic converters first hit the scene, they weren’t anywhere close to as free-flowing as the ones we have today. They used a tightly packed array of pellets to act as a catalyst which was highly restrictive. All to reduce vehicle emissions, which I am completely ok with, just to get that across and out of the way. I even worked as a smog technician for a while and have failed my share of cars and it is absolutely a necessary part of life.

However, hot rodders are a resilient bunch and have never been the kind of people to roll over and give up. They found ways to circumvent the new low horsepower, smog friendly, and “economical” v8s. The 70s were looking to be a prime era for hot rodding, drag racing and fast cars flourished in California. There was very little done about modifying the emissions systems on cars during this time. Aside from CHP doing roadside inspections it was pretty much “do as you please” as long as you don’t get caught.

Rolling into the ’80s

This was all well and good until the early 1980s when California rolled out its new smog program and began mandating the testing of vehicle emissions systems and performing inspections to make sure the smog equipment was still in place. Once again the car community was faced with another obstacle blocking the pursuit of speed. The smog program was a new way for the state to make sure people were keeping the emissions systems functioning and in their car for anything 1966 and newer. The program had been in the works since the 70s and both CHP and the BAR had been collecting data for years before rolling out the program officially in 1984. There was eventually a rolling 30-year exemption that allowed cars built 30 years prior to the present year to be exempt from smog tests but this wouldn’t last.

Rolling exemptions roll to a stop 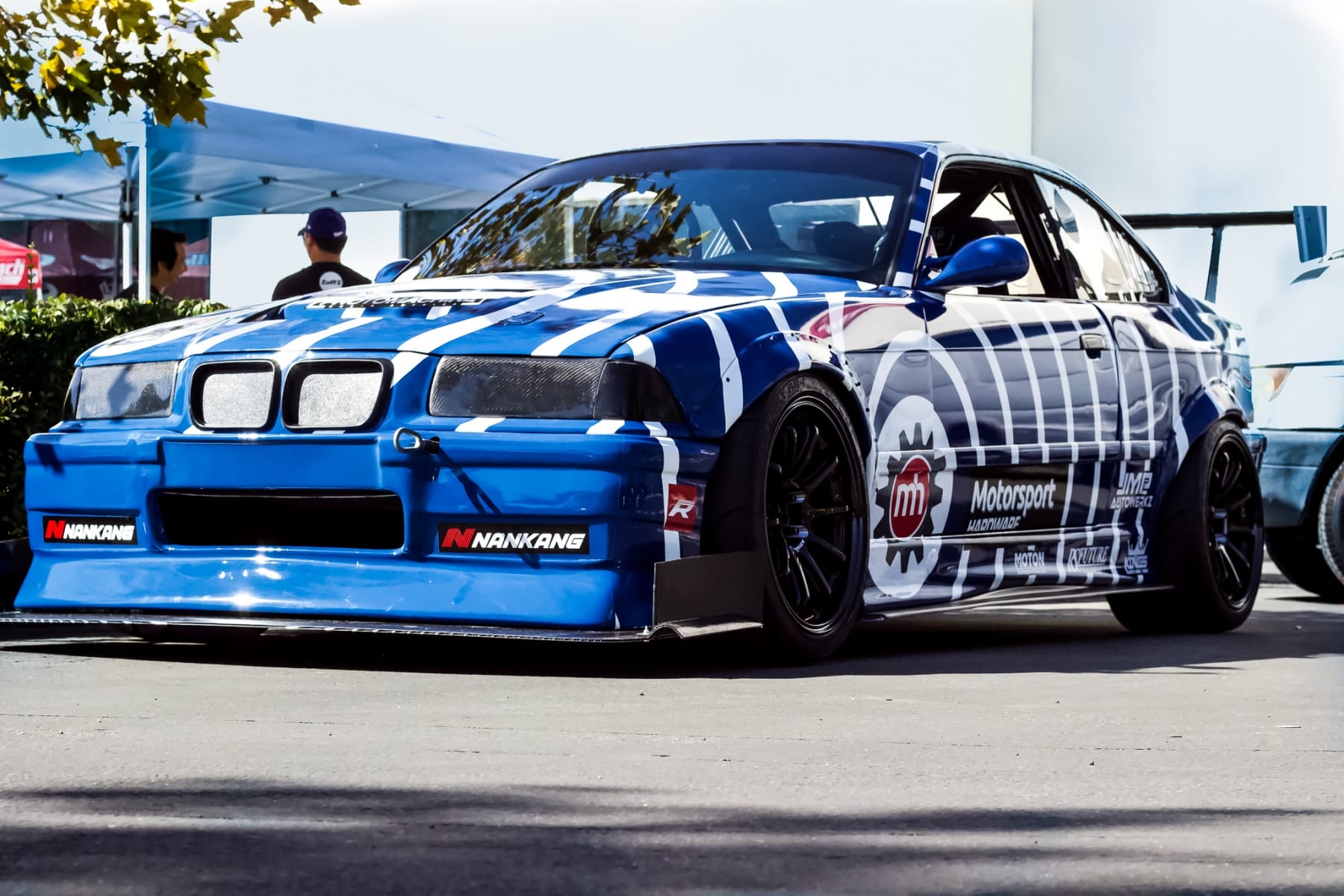 September 23rd, 2004, yet another blow was dealt to hot rodders in California. The Governor signed in a bill that ended the rolling 30-year smog exemption, capping smog exempt status at 1975. What changed here was the ability to modify your car as you please. Before this law was in place you were able to buy a car that was set to be smog exempt, wait a year or two and then go ahead and do as you please as far as modifications go. All this without all the worry of having to smog your car again in two years.

Well, now that we have a sort of solid, but brief history of hot rodding and the smog program lets get to where we are now. Most of us can’t afford to buy a pre-smog vehicle because they’re rare and most people want your firstborn and some cash on top to get a good one. What we’re left with is a few generations of cars that haven’t quite hit their popular stride yet. Most of them are from the late 70s, through the 80s and some floating around in the early 90s. 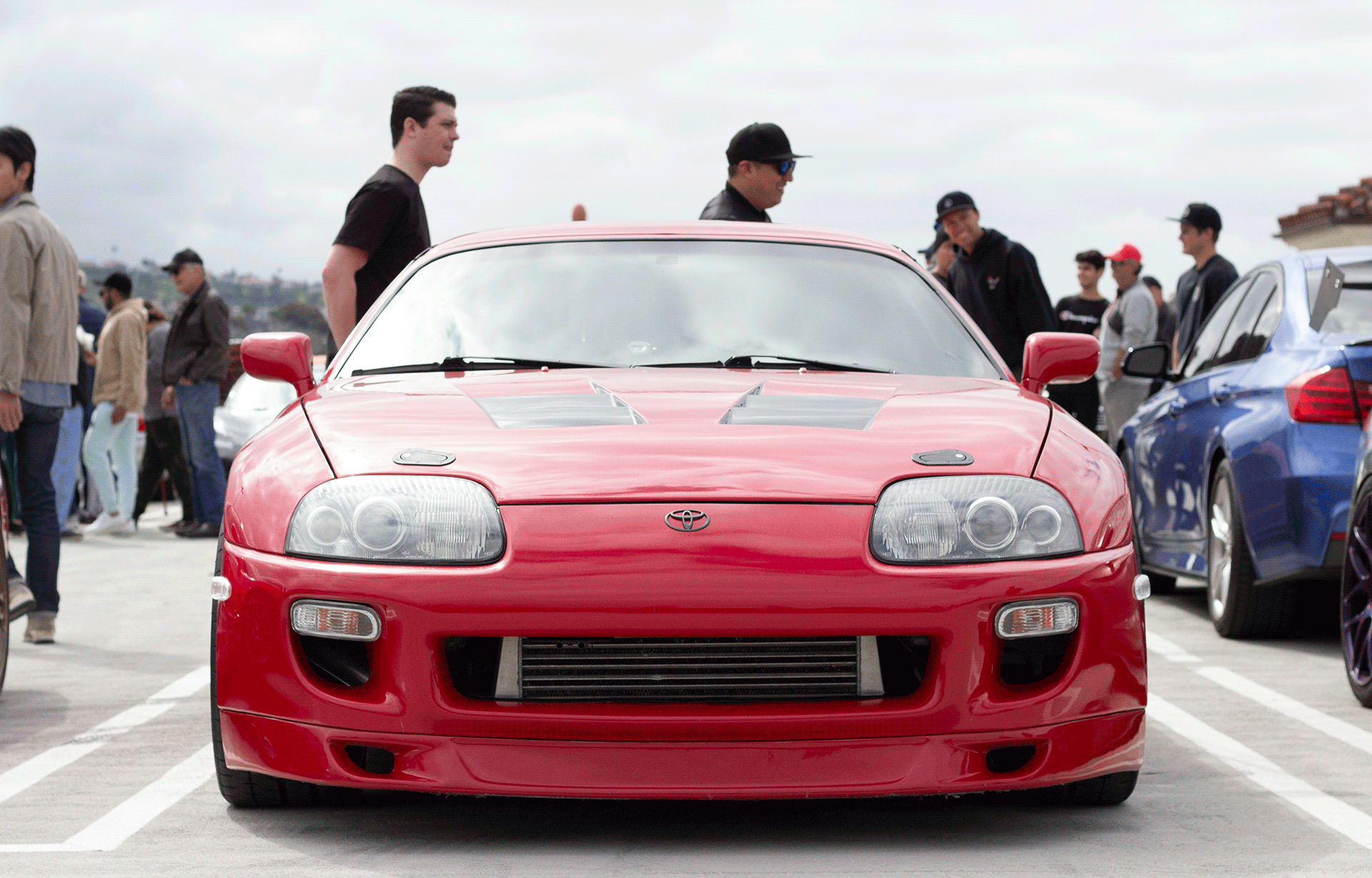 These are the few generations where manufacturers were still figuring out the balance of power, fuel economy and emissions. Leaving us with mostly slower cars but some excellent looks and well-balanced chassis. These cars would help launch the “slow car fast” mantra for a new generation. But not everyone wants to drive a slow car fast, some of us want to drive a fast car, well, fast. There are a few ways to make more power and the more well known the car is the easier it is to find a source in the aftermarket for power adders. But when we’re talking about weird stuff from the 70s and 80s in gets a little more difficult to find ways to add power. Enter the engine change, the best way to add power and hot rod your underpowered car from a once forgotten decade.

You definitely can and should do an engine change in California. Mind you this is nothing new, it’s been happening since the smog program came into play but things have evolved over the years. But it seems like every time I tell people I’m doing a smog-legal engine change they look at me funny and wonder how it can be done. It’s an honest thing to consider and there are two ways to pull off an engine change in California. For the sake of simplicity, let’s go with everyone’s favorite engine swap, the Chevy LS engine. Offered in various different forms in a variety of vehicles which makes it plentiful and affordable. It’s also a compact V8 compared with other options so it fits in most engine bays. 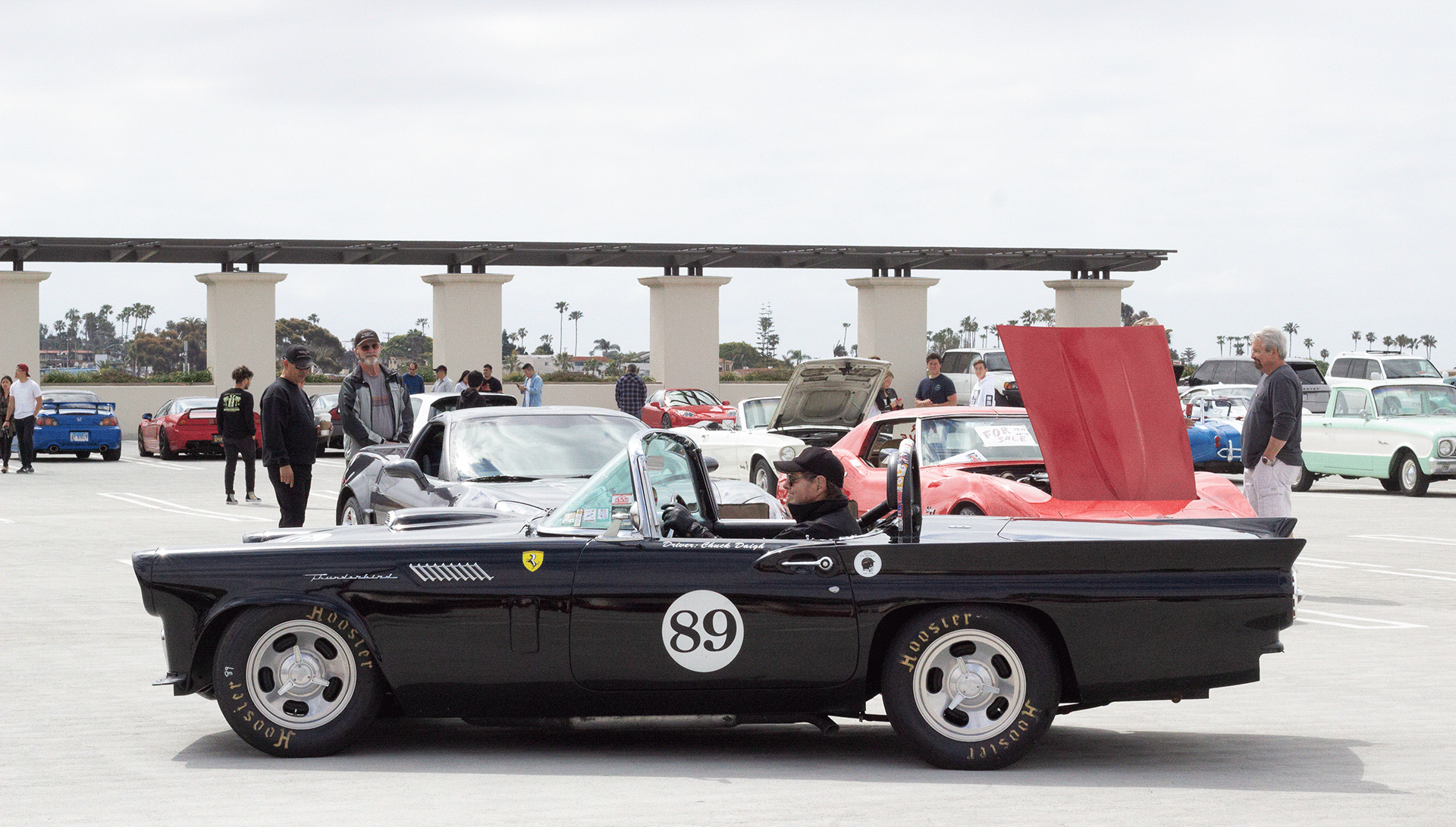 The first way, which is the easy way at first. Is simply taking the engine from whatever wrecked and rotten shell you found it in and slamming it into the engine bay of your car as fast and cheap as possible. With absolutely no regard for the unavoidable case of having to smog it. Of course, if you go this route you likely know someone who can “smog” the car for you and thus keeping you safe and registered for another two years.

You can enjoy the fruits of your labor without having to worry about driving around on expired tags. The trouble arises when the guy who “smogs” your car suddenly can’t do that anymore because they got busted by the BAR and are facing a large fine and losing their smog license. Suddenly your quick and simple engine change just got a lot more complicated. Now you have to track down a new guy to do your smog and this isn’t an easy thing to do. The BAR works tirelessly to track these guys down and put an end to their less than legal practice.

The second way, which is the more difficult and slightly more expensive way is to follow the engine change guidelines you can find here and going to the consumer referee and getting a special sticker that makes the whole thing nice and legal in the eyes of the state. In this scenario, you will need to utilize all the emissions components from the donor vehicle. You have to follow these guidelines pretty much exactly as they are laid out but there are ways you can make the process easier. This is commonly referred to as being BAR or CARB legal. I have been working towards getting my engine change in my 1984 BMW 325e CARB legal and the process is fairly painless. Provided you do things the right way.

One very important thing to remember is you absolutely cannot use an engine from a truck or commercial vehicle and hope to pass any sort of smog test. The engine you get for a car must be from a vehicle classified as a passenger vehicle, this means an SUV or a car. Trucks do not fall into the passenger vehicle category. Also, you have to be able to verify the engine is from a California emissions certified vehicle. You can’t put a federal emissions engine in a California car. Now just about every car on the road is certified for California emissions but you have to be able to prove that. Either by removing the underhood emissions label from whatever you managed to snag an engine from or you can do what I did. You can politely ask the consumer referee to look up the past smog test results using the VIN from the vehicle you got the engine from and check the report. When a smog tech enters the info they have to select whether the vehicle is a California or Federal vehicle. 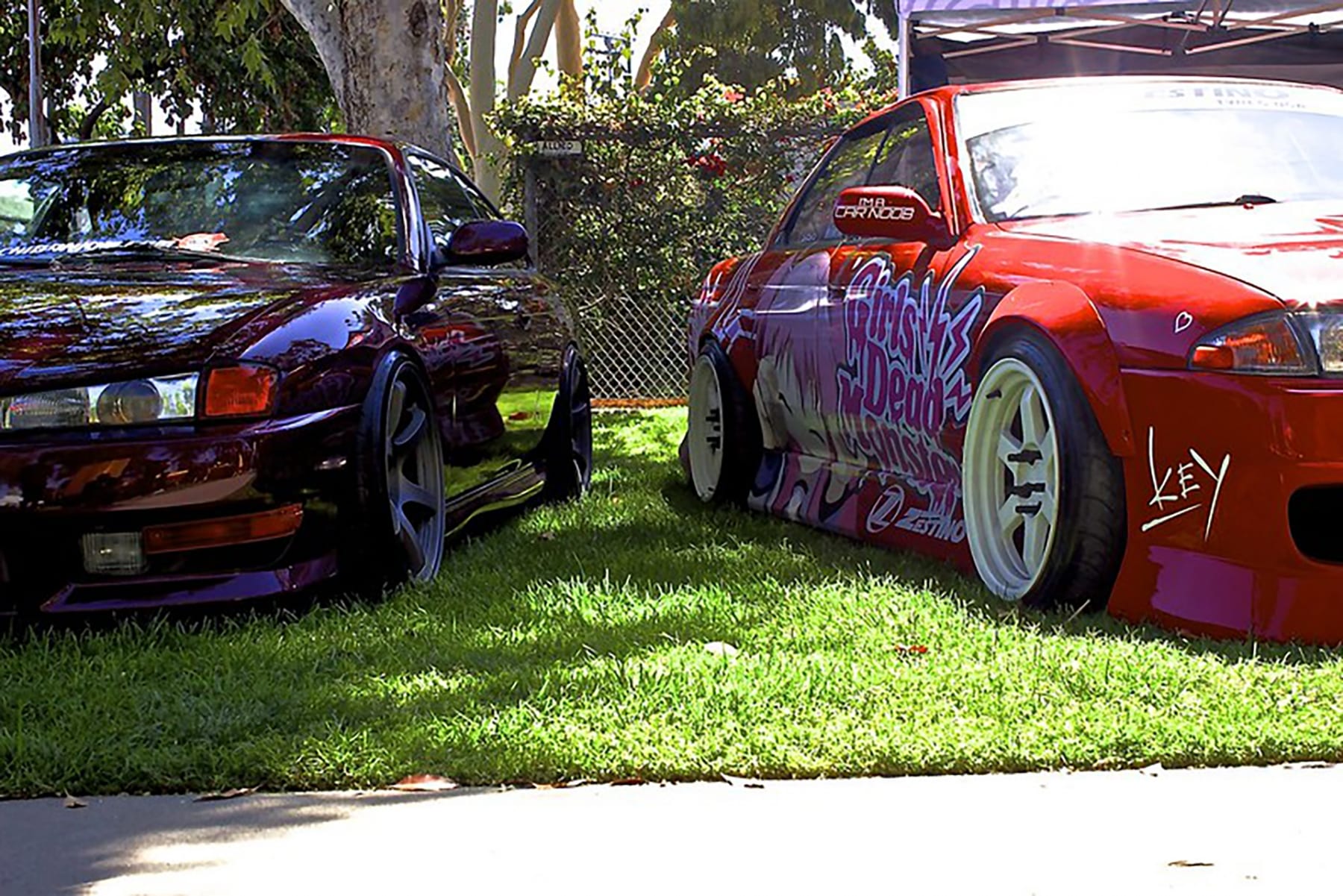 The other important piece you have to consider in the placement of the catalytic converters and the oxygen sensors. These parts have to remain in the same basic spot give or take a few inches. This is where things can get tricky with the LS swap, the placement of the converters is not ideal but plenty of people have managed to get it through the CARB certification process. This problem is not just unique to the LS engine and should be carefully researched to avoid headaches in the middle of your project.