A Beginner’s Guide to Street Racing in Philadelphia

[Editor’s Note: Don’t street race. It’s stupid and you won’t just hurt yourself when you crash. Find a track day at a circuit or a strip and enjoy hot nasty speed in a safe and legal environment. This post is meant to take a look at the current illegal street-racing scene in the author’s area.]

I’m not advocating street racing. It’s illegal, dangerous, and you will get caught. Don’t be a moron.

Here’s how people do it if they live near Philadelphia.

For one reason or another, street racing is popular in Philadelphia. I’ve tried to nail down why, but I had trouble reaching a really cohesive hypothesis. I suspect it’s a series of simple reasons, and I’ll try to lay them out later in this post. The most interesting sort of illegal street racing is the drag racing, or “grudge racing” that goes on at night. I know about it because of a Youtube channel called Philly StreetRace Team.

On this channel, you’ll find a number of surprisingly well-produced videos – Mostly covering nighttime drag racing. I quickly caught onto the fact that to start, I had been to many of the locations where these races are taking place. I also began to realize there was money involved, and after a little more viewing, I noticed how quick some of these cars were. After a little poking around, I inquired with the nameless man who runs the Philly StreetRace Team Facebook page. He clarified things a little. 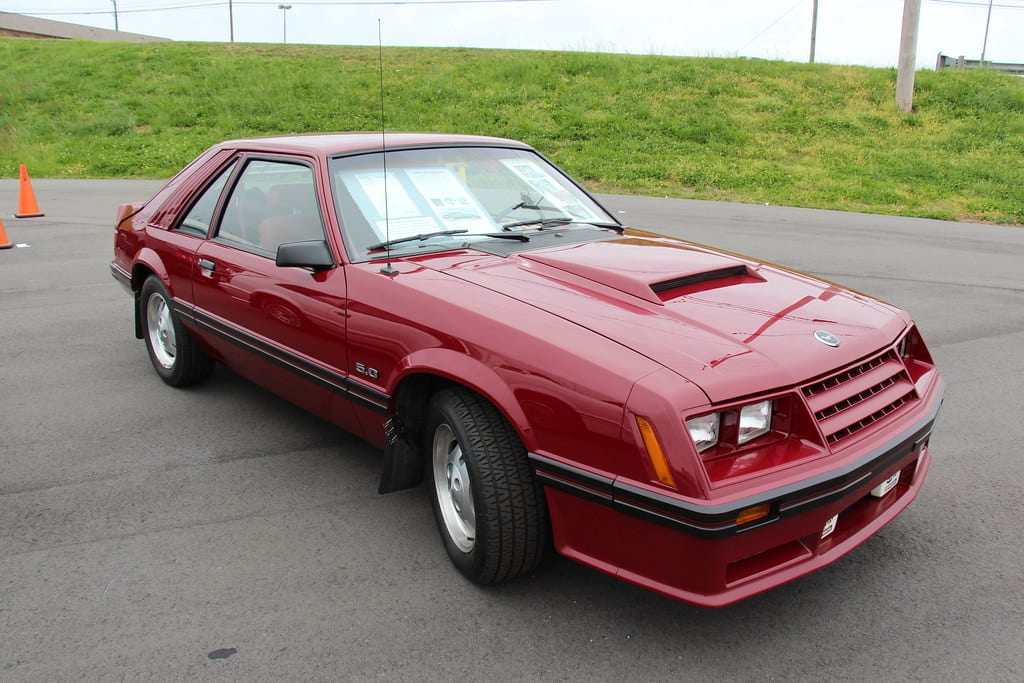 He told me the Foxbody is by-far the favorite to go racing with. They’re cheap, they’re common, and the 5.0 can be modified into a competitive state. Most of the cars that tend to win are of the cheap V8 variety. Beyond that, not much is really known about these cars. That’s for a good reason, too.

Grudge racing is a perpetual arms race to get the car down a quarter-mile first. Telling your opponent the exact specs of your car isn’t going to help anybody except him. When I asked the man who runs the PSR Facebook page about the specs of some of these cars, he told me he didn’t know. Not only did he not know, but he said If I asked any of the drivers they wouldn’t tell me. This is because the racing is for a cash prize. This pot of cash can sometimes reach as high as twelve thousand dollars.

Some videos on the Philly StreetRace Team’s channel take place in well-known locations. A lot of them, however, do not. That’s because these guys aren’t in it for the thrill of being chased around by the cops, they’re in it for the racing. Well, the racing and the money.

If you want to get more than one pass done without a little intervention from the law, find a quiet spot on the outskirts of the city. It’s gonna be safer for everybody, no one is gonna phone-in a noise complaint, and it will take the cops longer to get there. Roosevelt Boulevard’s dozen, arrow-straight lanes may be tempting, but you’re going to get lit-up in a heartbeat.

Step 4: Don’t be stupid when the cops show up

Even if you’ve carefully followed all of my previous steps, you’re going to get caught. It happens to everybody, and the punishments vary. Sometimes it can be as little as a ticket. If you decide to run, things can get a lot worse.

I’m tired of my anonymous friend who runs that Facebook page not having a name. Let’s call him Rick.

Rick says that most of the time they go out, the cops eventually arrive. If it’s younger people and they try to run, you can get in serious trouble. He tells me a lot of the time, cops just leave older guys in properly-built cars alone. Rick said this was because they, “know they’re being safe”, but I suspect it’s more along the lines of “We’re getting tired of you doing this every weekend, please go to a different neighborhood.”

The police can sometimes be lax about handling the whole situation as well. One of the officers in a Philly StreeRace Team video, after stopping a car that’s being loaded onto a trailer, tells a group of attendees that “Whoever loses goes to jail!”

Step 5: Drive around at night until you find these guys

The group that organizes these events doesn’t want or need new members. I asked Rick if I could come to an event, and he told me no. He said they don’t tell anyone where or when these events take place–besides, of course, those people directly involved. They also discourage spectators. People typically gather to watch the events happen, but both Rick and the titles in the PSR videos invite the casual viewer to ‘keep their ass at home.’

Drag racing on the street is likely one of the most extreme instances of disregard for the law one might witness in Philadelphia. However, everybody who lives in the city sees traffic laws completely disregarded every day. To many drivers in the city, stop signs have no meaning, traffic signals are frequently disregarded (that is, if they are working at all), and speed limits seem to suggest a minimum. Philly drivers consistently rank among the top ten for most aggressive and or worst in the country.

The police response time is also notoriously bad for non-violent crimes. Even if somebody calls to say there’s street racing, it will likely be a while before anybody shows up. It’s a situation that people take advantage of.

Many witnessing these events have a decidedly poor view of the activities. They’re concerned about injuries to racers and bystanders. Their worries are not unfounded. There have been a handful of accidents, injuries, and fatalities from street racing in the past few years. It is worth noting that none of these injuries or fatalities occurred during any formally organized races (like the ones Philly StreetRace Team conducts), but that doesn’t make local residents any less worried.

This situation may eventually become more difficult for these street outlaws, though. The city of Philadelphia is rapidly gentrifying along with many other cities on the east coast. The demands of these new residents and increased tax revenues (given to the police) may be enough to put an end to these activities. However, unlike drag racing, I wouldn’t put any money on it.

Really, don’t do this. People have been dying in impromptu street races all over the country for years and years. Innocent bystanders get hurt, lives get ruined, it’s just not worth it. Track days are cheap, they’re all over the place, and you’re only gonna hurt your ego. Before you put your foot down, think about who is around you. You likely won’t get a second chance.