A 25-year-old love affair with the Mitsubishi 3000GT

[Reader Francisco Guerrero wants to share his love of Mitsubishi.]

I confess to being one of those unabashed fanatics of the 3000GT. It all started in college, back in Memphis TN, I lived right in front of a Mitsubishi dealership, during the glory days of the early 90’s – Mitsu had a complete set of vehicles, from small sedans to sports cars, to luxury sedans, to vans, two different SUVs, to their 1 performance car. My first ‘dealer-bought’ vehicle was a 1993 Mitsubishi Mirage sedan. That day, as I was waiting for the financing to get done, I saw a red Spyder VR4, brand new, in the dealership, for an eye-watering price of $62,000 USD.

After I finished college, I lusted for a VR-4 and fantasized about the Spyder VR-4. I promised myself I would own one someday. After I graduated college, I did one of my first bad financial moves related to cars, and I ended up with a gently used 1993 3000GT SL in 1996 with all the bells and whistles, same as VR4, and only 38,000 miles and 5-speed. Yes, a $26K coupe was too much car for a broke college grad. But, YOLO!

Yes, the car was heavy, but ahead of its time gadget-wise. I loved the AC control with its digital color screen and the magnetic suspension with two settings. Had the multi-CD and was Ipod ready (AUX input) way back then. 220HP was still a good number of HP to have from a V6

However, no matter how much you took care of these, they needed a lot of attention. Mine was garaged for most of its life. Serviced at the dealer for its first 4 years. It was stock and bone for all its life with me (15 years) but:

1) I moved to California, where it failed all 5 Smog checks every 2 years. Despite replacing Cat converters, cleaning engine, foams & new spark plugs, and doing all the tricks to pass inspection, etc….
2) AC system kept leaking the old-style freon, condenser would fail too
3) It devoured window regulators, and that also made water enter the door sills
4) It went through 2-3 alternators in 15 years
5) I replaced the cooling system twice in 15 years

Mitsubishi dealers were also dying, so finding OEM parts is hard nowadays. The few people servicing cars at Mitsubishi dealers don’t know jack-shit about the 3000GT anymore. Not even ‘Evo-specialized’ shops want to take the car for work.

One thing to mention, the car is a BITCH to work on. No space in that engine, easy stuff to do in any other similar car was a nightmare to fix in the 3000GT. 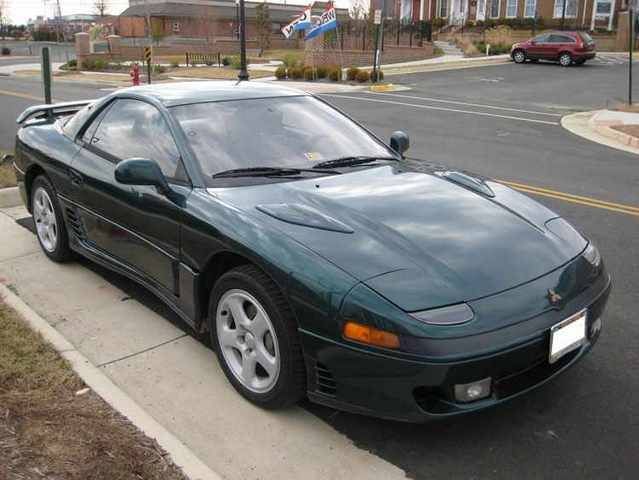 6 years later, in 2015 after working at many startups in Silicon Valley, one finally got acquired and left enough pocket change that of course the first thing that I did was look for a Spyder VR4. Found one on eBay, from a local (software engineer) guy. A Red 1996 Spyder VR4 with 164,000 miles. However, it was immaculate, had 2 binders full of maintenance, had tracked all the parts for maintenance (Have I shared the Spyder uses fluids from Aircraft wings?) and most importantly, Had a recent brand new transmission, the last of a Brand new OEM 6-speed batch sent to the US.  Sold! I overpaid a bit (Paid $11K) because of the proper paperwork and new tranny.

That summer, I restored everything that needed help, added a wi-fi alarm with auto-roof opener, and made it pretty.  However, I didn’t know my job search would take an entire year after the company that acquired us closed our office.  The months went by, no work. Savings depleted…I resisted selling it…and then, the wife got pregnant!

So, I had to sell the Spyder VR4, only had it for 10 months and put 2000 miles on it. I put it on Bring a Trailer, only to get a bunch of flakey non-buyers. Ended at eBay sold for $9,000.  Didn’t even take it to a single show. At least I had kept the promise I made to myself.  It hurts, but sometimes you gotta free your beloved cars. 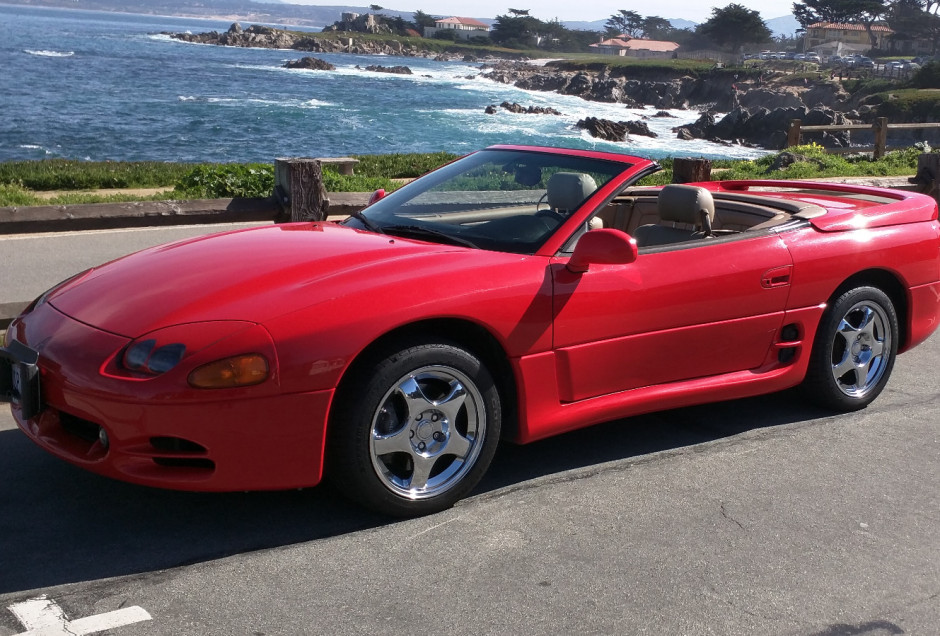 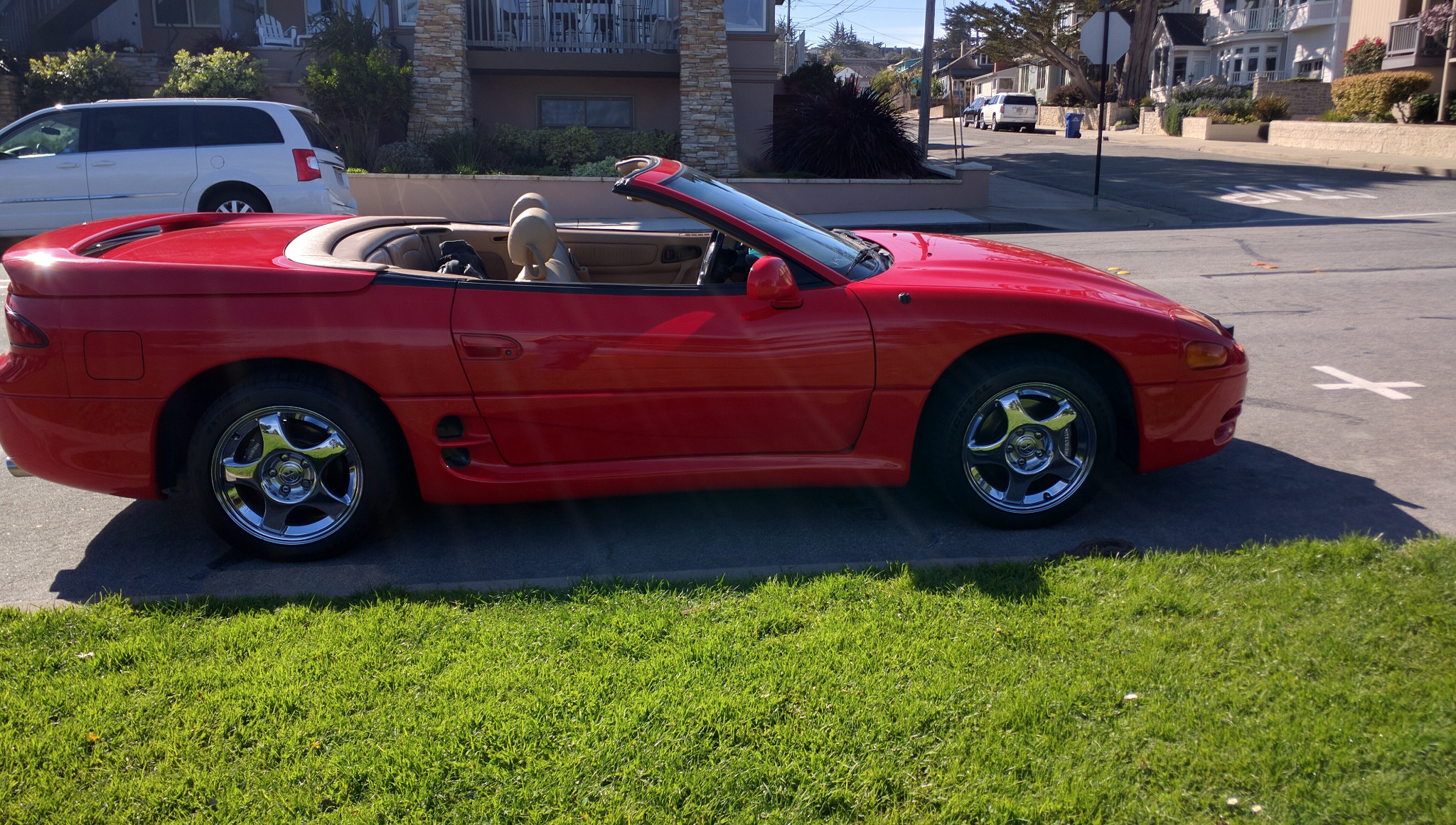 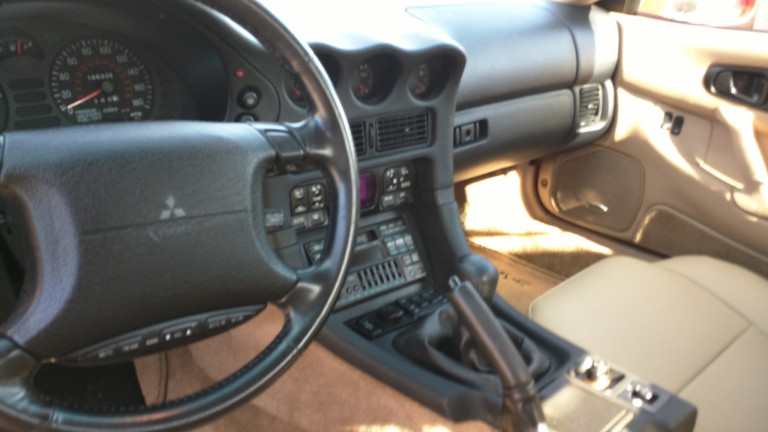 Then, fast forward to late 2017, and the stock market helped to put together enough pocket change in my pocket yet another attempt to buy a Spyder. But I only had $5,000 and needed to finance the rest.  This time I was trying to pick between a regular 2 door vs the hardtop. One day I saw on eBay a 1995 Black VR4 Spyder with some truly horrible wheels and 64,000 miles, but everything else was in order. The seller was an older gentleman who did not have a cellphone and didn’t reply to messages. I called him over the phone, drove the 3 hours to see it, and turns out: He’s an enthusiast too, had a garage with other cool 6 cars and also had his-and-hers VR4s, the black spyder, and a white VR4 coupe. 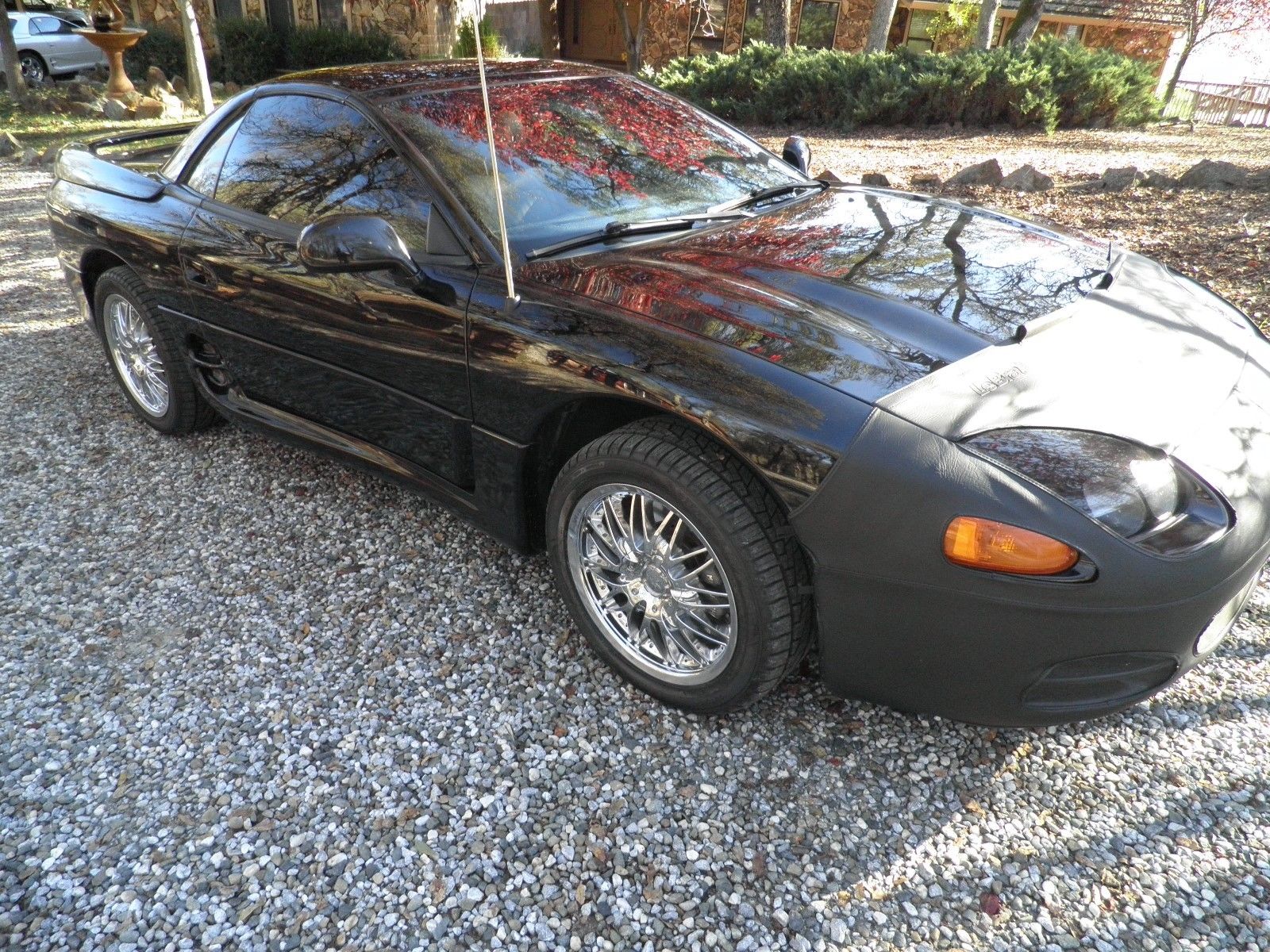 I agreed to buy if he swapped the wheels for the original ones on the wife’s car. He agreed.  I had to buy it by myself (had not told the wife just yet) The car was 3 hours away from the Bay Area… I was trying to figure out how to get there. The Solution? Casino Shuttle! The seller lived 3-4 miles away from an Indian Casino, so I took a Casino shuttle and had the seller pick me up! It made the trip back without any issues.  That car is my Black Widow and just turned 67,000 miles. I love it, and it currently has no issues, the top works, no dashboard lights. I have taken it for 2-3 Radwood shows, but due to the organizers, shall we say, distaste for convertibles, I didn’t win any Radwood awards. Oh well.

I also drove to LA, to the last ‘Mitsubishi Owners Day’ of 2018 – In an ocean of Evos, I was the only 3000GT VR4 Spyder. A lof of ‘rabid’ Mitsubishi fans just have no idea of what the company did before the Evo VII.

I would buy one more VR4, a black coupe, Vader_VR4 to take to the track (After I started going to the track in 2018, and got my HPD training and 10+ track days) it was a heavily modified one, with larger cooling and turbos. It was put together by the Throtl guys of youtube fame.  Had 400HP, however, it felt way, way heavier, and at the track, it was like driving a very heavy Toyota 86. I had to re-do a lot of the fueling system that was badly done.  The stage 3 clutch was useful in the track, but not in daily life. Adding larger Turbos without tuning the engine to deliver more early torque on a 3000GT is a bad recipe.  The brakes overheated fast at Laguna Seca. And one wheel bearing didn’t survive. I realized I couldn’t really drive a VR4 at the track without a significant investment. So, I sold that one a few months later at BaT, again I got screwed, with a really low-ball final bid. But I worked out with the buyer to agree on a barely tolerable price.  I still lost money.

So, here I am, still searching every day for 3000GTs and Stealths after 25 years and having owned 4 examples, even though a job would be nice to have first. I am a tireless sentinel, constantly watching the sky for my next 3000GT, SL or VR4, manual. The love, the obsession has lasted many years. The cars are starting to get above their prices from the last ten years. Still the bottom of the list vs Supras, 300zxs, RX7s, but finally getting their due.  Does anyone have a VR4 for sale? To keep my Spyder company.

About the Author: Hooniverse